I spent the first day of World Cup at Copacabana in Rio de Janeiro, all decked out in my Brazil jersey. The whole world had flown into Brazil and I was in a sea of people in the yellow jerseys carrying their national flags.

Peddlers made their way between football fans on the beach, selling Caipirinha, beers, sandwiches, whistles, trumpets and everything you could possibly think of! It was the first match, Brazil vs Croatia and the atmosphere at Copa was unforgettable. 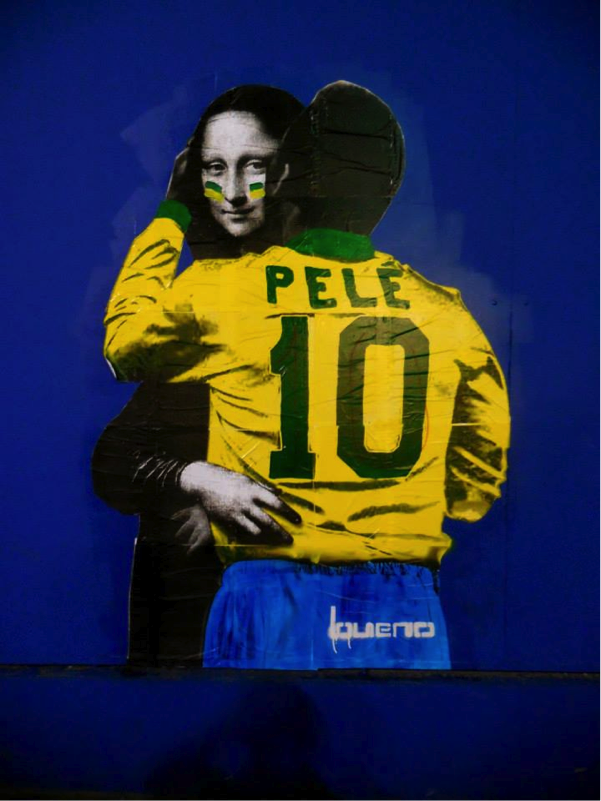 I had tickets to catch Germany, (my team!) against Portugal. I had been awake since the previous day but the thought of seeing Schweinsteiger, Müller and the rest of the boys with Ronaldo made sleep feel so unnecessary.

On the flight to Salvador, I met a French photographer on the World Cup assignment, who would also be at the match the next day. Almost everyone on the flight bound for Salvador was either German, Portuguese and/or fans who were catching the match.

We reached Salvador at 2 a.m. and in the airport, they had set up a Fan Lounge with designated beds and comfortable pillows, television, pool tables and charging points for fans to use. We spent the night there along with other fans who were in their Germany and Portugal jerseys.  At about 10 a.m., we left to check in to our hostel and wash up before the match. 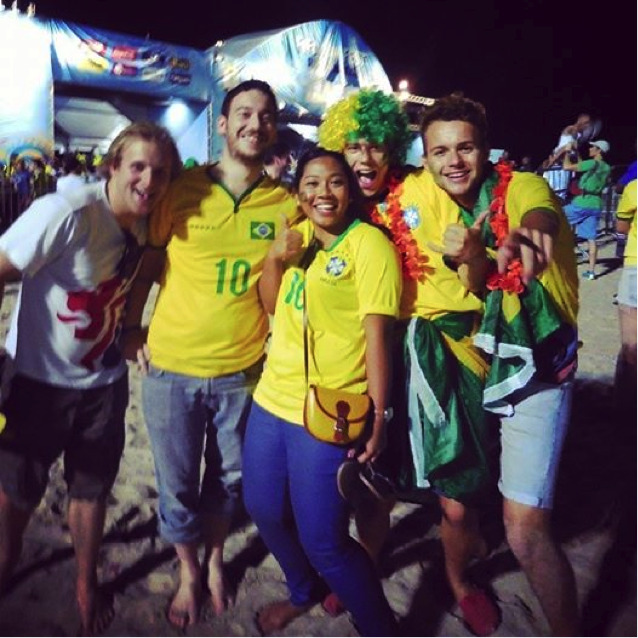 This world has no strangers! At Praia de Copacabana.

The best thing about Brazil being the host for the World Cup was that, the hospitality was amazing!

Although the room we booked was not ready for check in, the guy at the reception gave us a more expensive room at no extra charge just so we could bathe and be on time for the match. Little things like this really went a long way in making our stay more delightful.

En route to Fonte Nova stadium with our Brazilian friend, Cris, a local man approached us. After talking to him, Cris slowed down his pace and signaled for us to do the same. The man walked ahead of us and according to Cris, the man seemed suspicious.

I was not sure what they had talked about but there was news of FIFA tickets being stolen from fans, it was better to be on the safe side. Boy, were we glad to have met Cris!

It was about half an hour walk but under the scorching sun, it felt like forever.

German fans were cheering and the Portuguese fans cheered even louder, ignoring the lines of police who stood at the side with such dominating presence. The crowd was mad outside the stadium but security was still very tight.

We watched as a group of Germans and Portuguese posed for a picture. Nothing brings people together like the World Cup. In fact, did you know the word for ‘ball’ is the same in Malay and Portugese? It’s ‘bola’!

Final score: Germany 4. Portugal 0.  Germany won and I won too. I had not slept for 35 hours and I had sunburn the shape of my shades, but I was here in Brazil, at the World Cup, basking in the joy of seeing my team thrash Portugal….

I would do all this again it in a heartbeat.