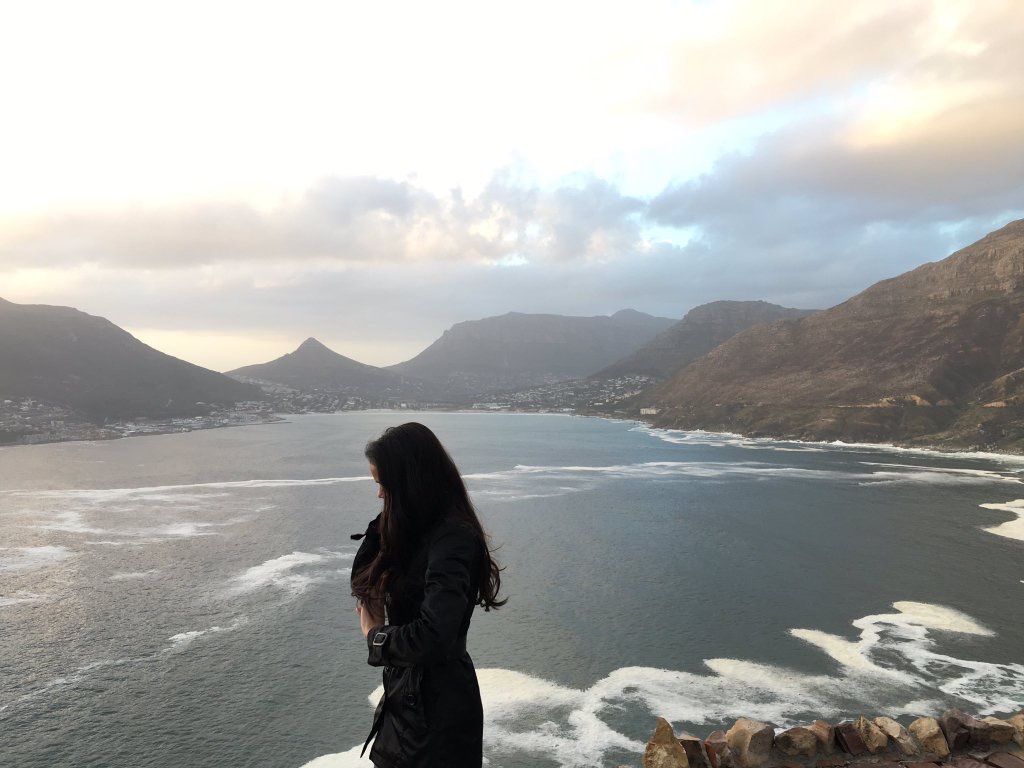 What made her family plan a 1-week trip, however, was finding out that Cape Town, the capital of South Africa, was a popular destination for Muslim tourists. This meant that halal food would be easy to find. On top of that, her family wanted to enjoy sceneries at nature sites such as The Table Mountain and Chapman’s Peak. 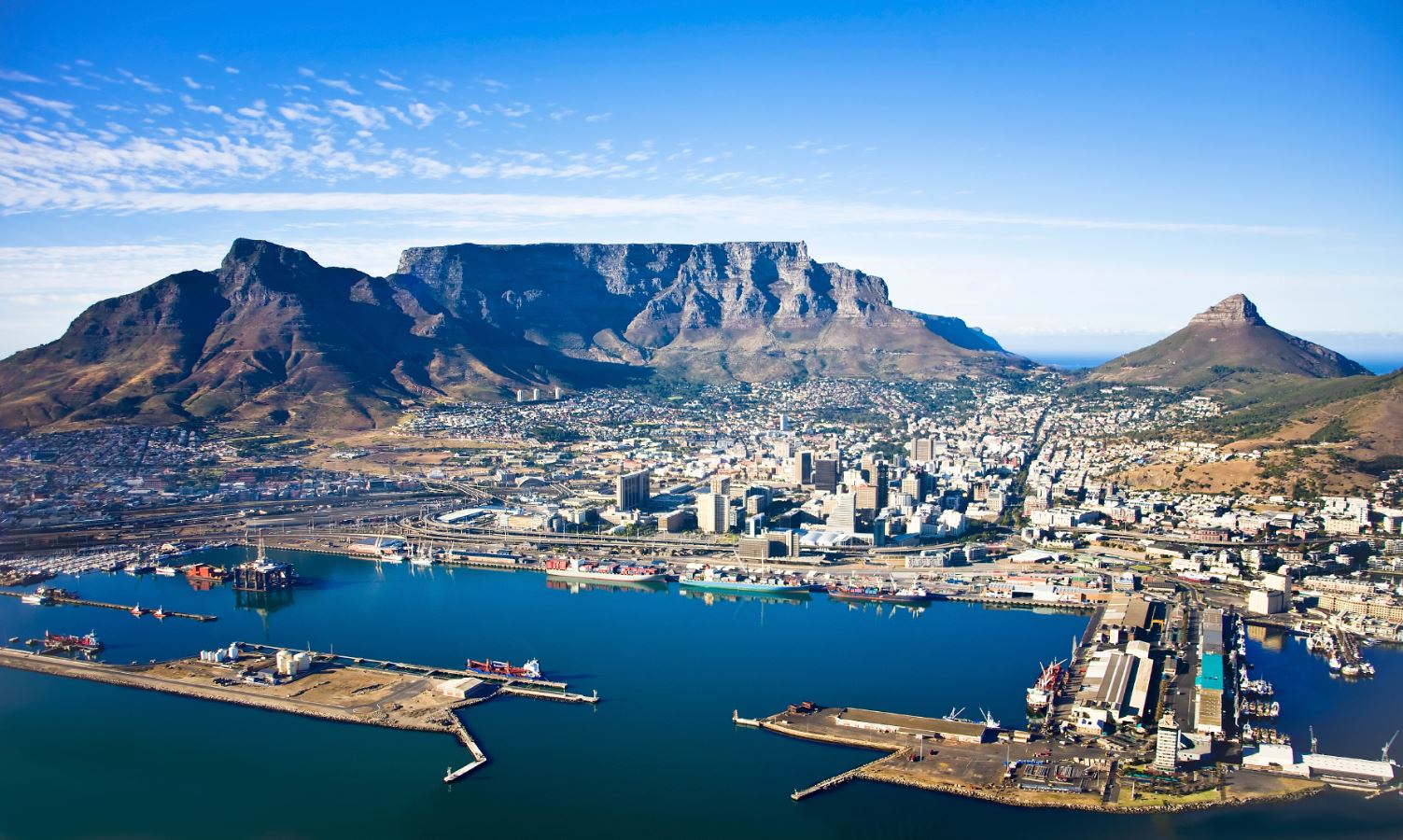 You might have heard about the Table Mountain (picture above). Listed as one of the 7 New Natural Wonders of the World alongside the Amazon Rainforest, this flattop mountain overlooks the entire city, making it the most famous tourist attraction in South Africa. You can hike or ride a cable car up to the top of the mountain and to abseil down (112m) to witness more than 2000 plant species. Most of the plants cannot be found anywhere in the world. To know more about Table Mountain, click here: http://www.tablemountain.net/content/page/what-to-do

Apart from the Table Mountain, Syakirah and her family also visited other exotic and well-preserved nature sites. One of which is the Boulder’s Beach. 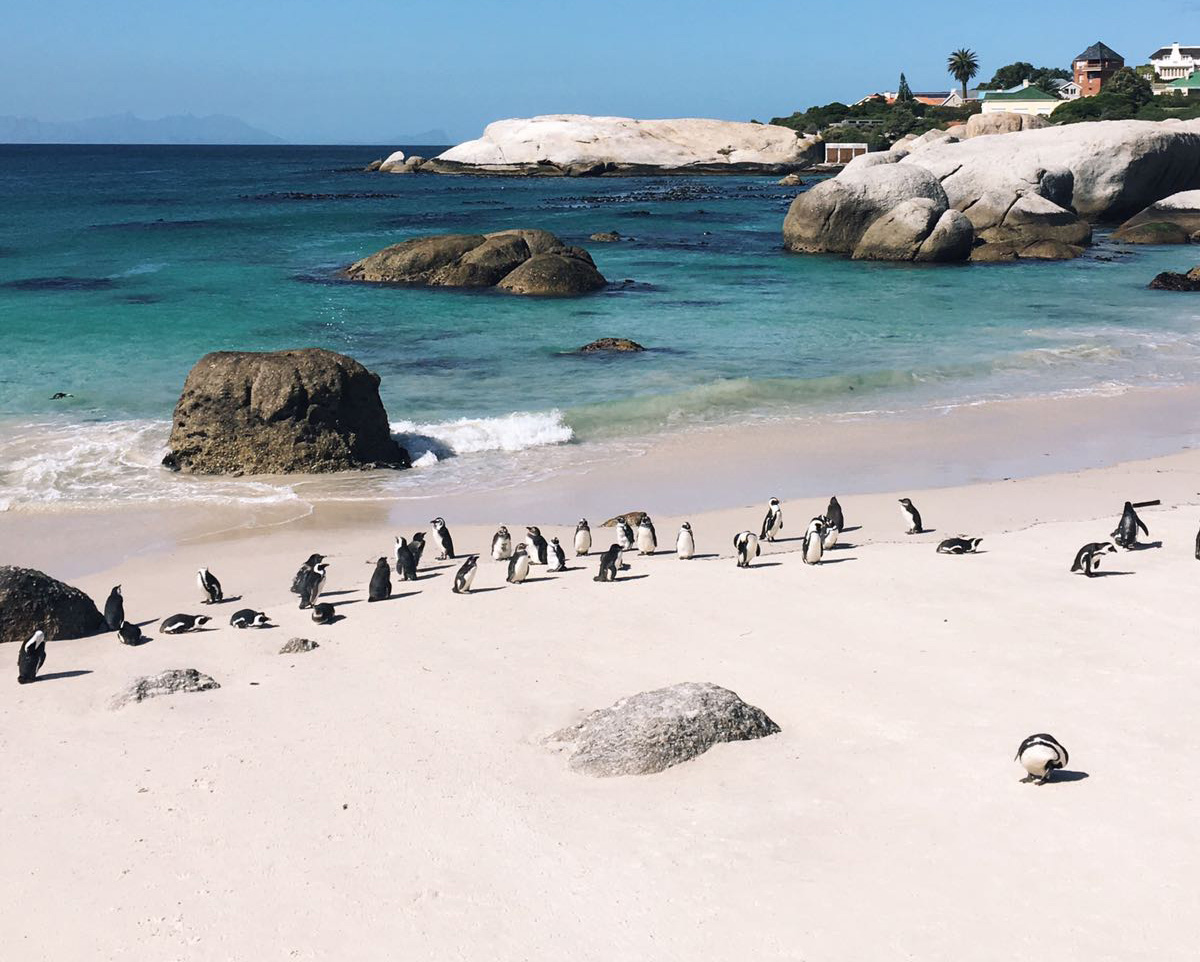 Located at Simmons Town, this beach may seem ordinary but you’d realise that they have special VIP guests, called African Penguins living in its premises.  African Penguins is the only penguin species in Africa.and have pink glands above their eyes that not only distinguish themselves from other penguins, but also help to cool their bodies if the temperature gets hotter. They can be found waddling around freely at the coast, except when they go feeding in the sea in September and October.

Syakirah only managed to take pictures of the penguins from afar. It’s a “see but no touch” situation with these cute birds, unless you’re comfortable with getting bitten or attacked, which is no surprise given that they were previously named ‘Jackass penguins’. (Note: the real reason behind ‘Jackass Penguins’ was that their mating call was similar to jackass donkeys.) 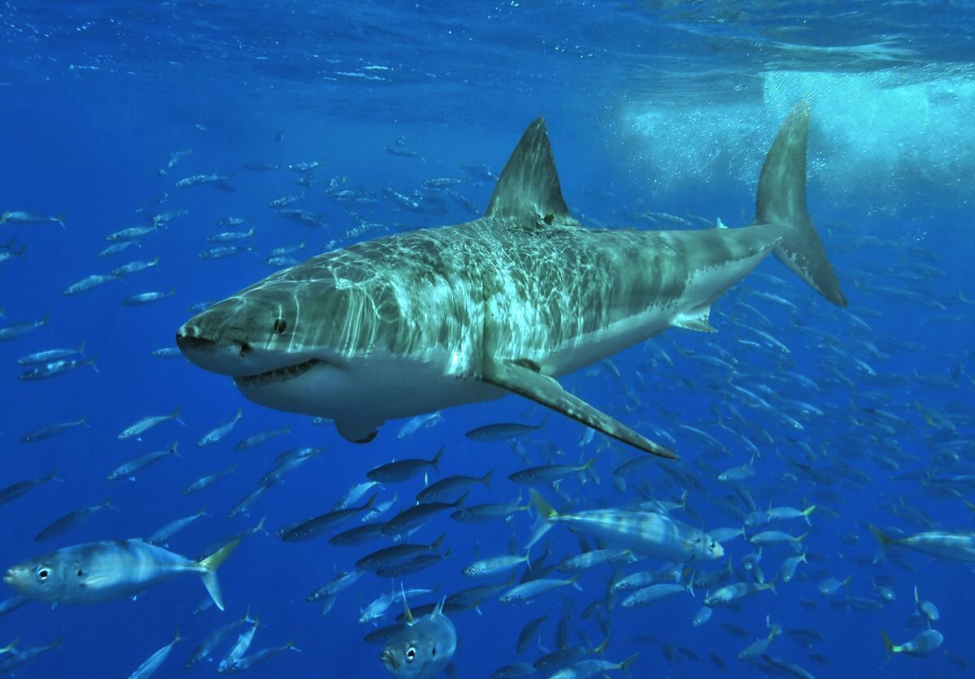 Cute penguins aren’t the only animals you can witness. For the first time, Syakirah went shark cage diving in Cape Town. Wondering how it works? Well, instead of trapping fishes in a cage or net, shark cage diving involves submerging a human individual in a cage into ocean so that the sharks can meet you. Yes, humans are in the cages this time!

Divers will have the chance to throw fresh seal blood and fake seals into the ocean as bait for the sharks. Within minutes, two or three sharks will appear swimming towards the cage. At this point, the divers get to jump into the cage to meet the animals without any harm. To say that Syakirah was scared would be an understatement. She described the experience as thrilling, especially when a great white shark got close. This easily ranked no.1 on the list of things she has done in Cape Town. 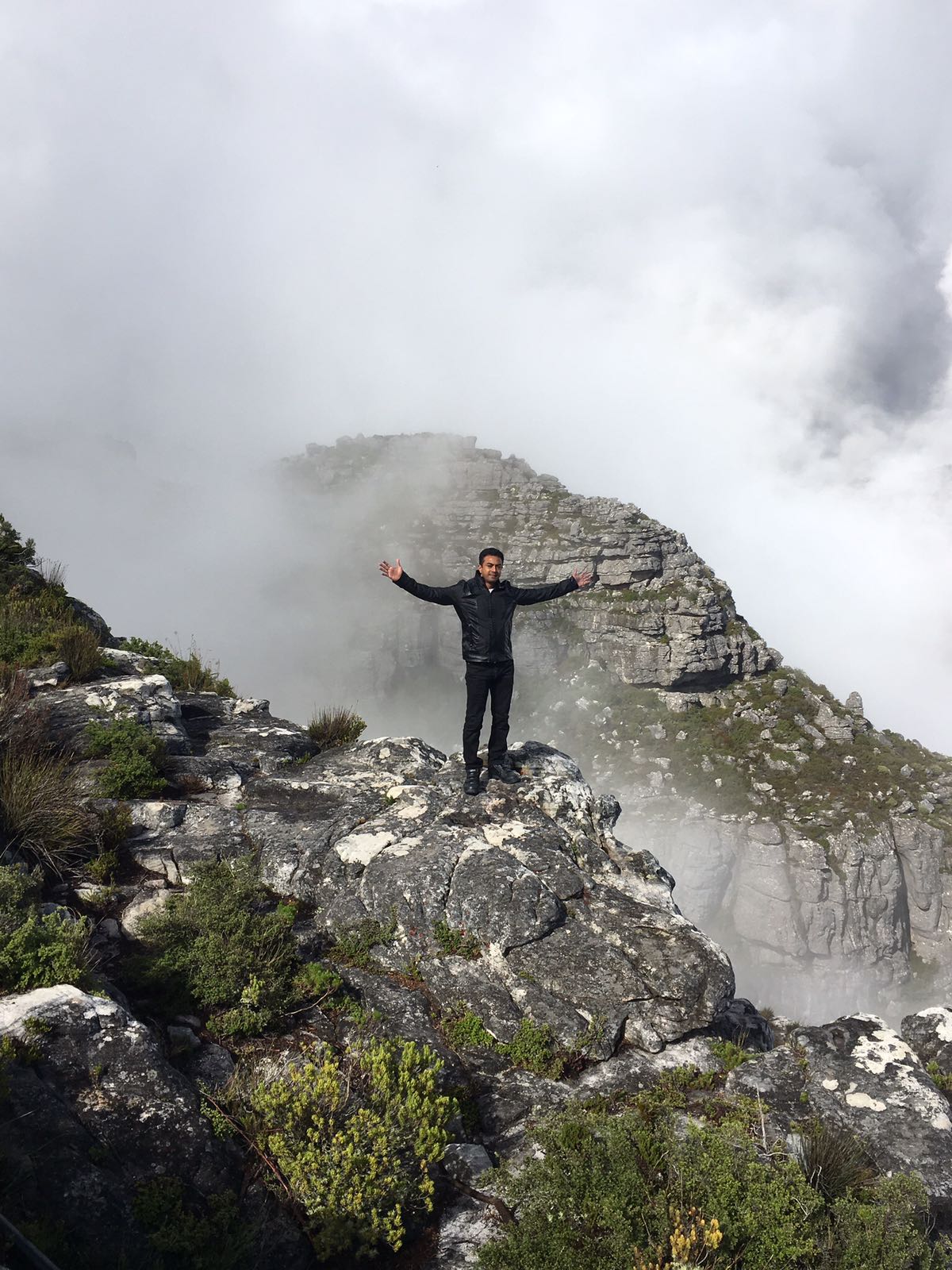 Whether or not a country has beautiful scenery or exciting adventures are secondary considerations to most tourists. What matters most is how safe the country is. Contrary to what Syakirah had in mind, Syakirah was welcomed by warm and friendly locals during her visit.

Her family has had many problems navigating around Cape Town, especially without a tour guide. When they asked for directions, the locals would go out of their way to lead Syakirah and her family to their destination. Once, a man volunteered to look after Syakirah family’s  car until they return from their destination. Syakirah and her family went away for four hours, not expecting the gentleman to wait for them. To their surprise, the gentleman was right where he was when they left four hours ago! He didn’t even ask for compensation afterwards. 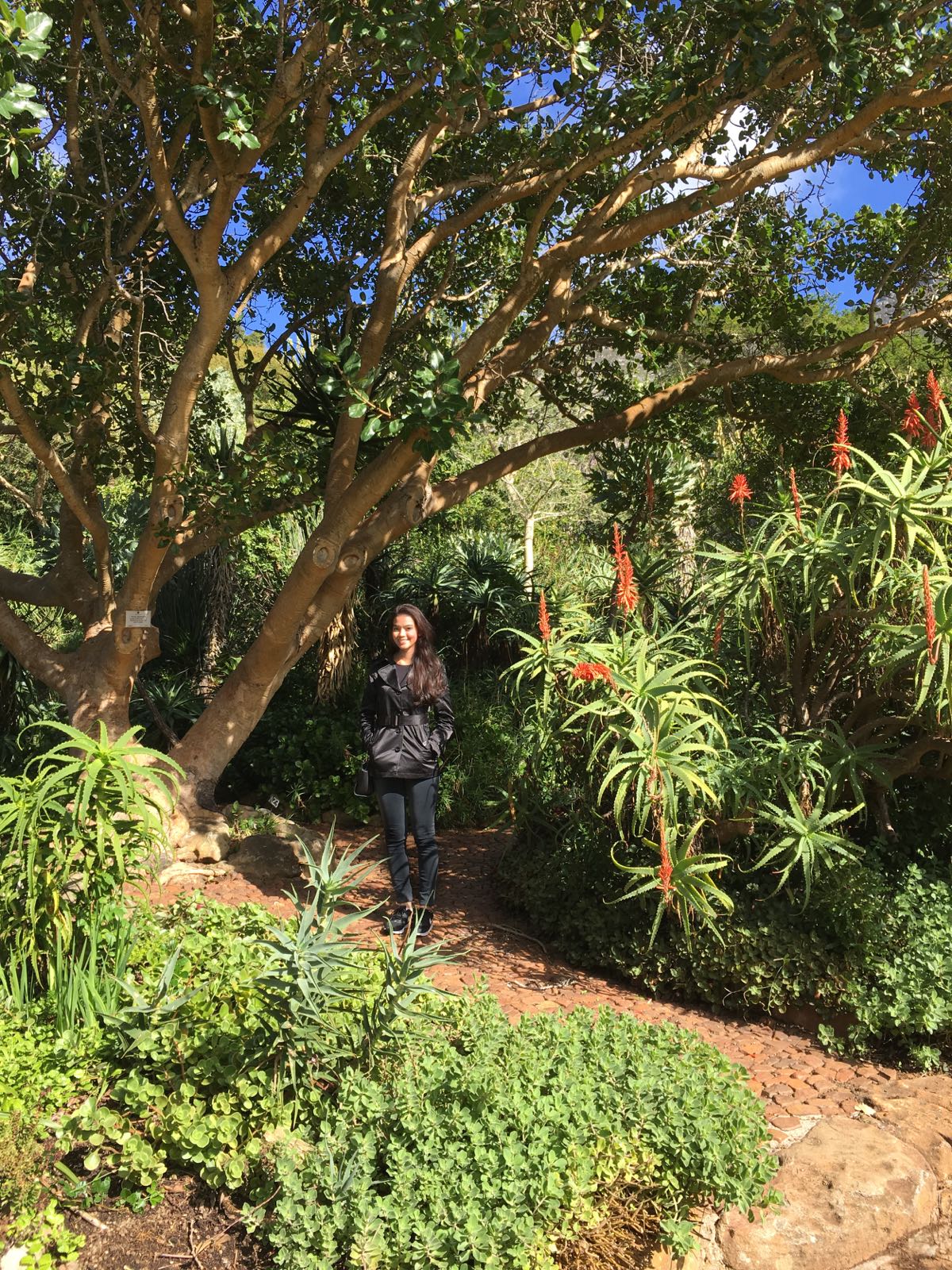 According to Syakirah, Cape Town’s locals were relaxed and laid back, a contrast to Singapore’s busy lifestyle that she was used to. Not to mention, they were the most beautiful and good-looking people she had ever seen!

Although many pictures that she took create the impression that Cape Town is sunny and hot, don’t be fooled! The average temperature of the city is approximately 23 degrees Celsius throughout the year. People often have to wear jackets because it was just too cold but I guess it’d be a perfect escape from sunny Singapore. 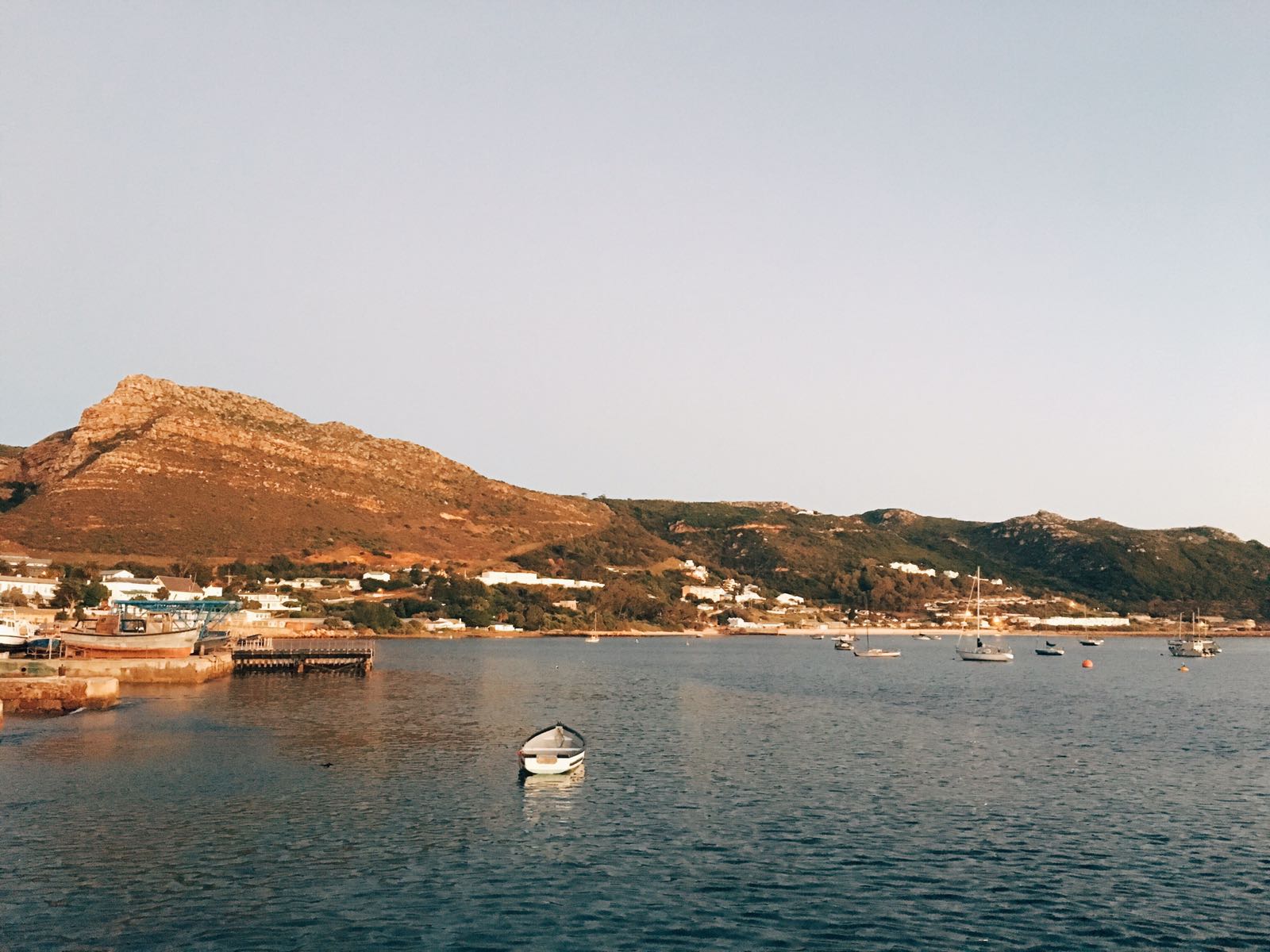 “I thought that it was a rural country and I figured that I had to travel far to enjoy beautiful views.”

After her visit, Syakirah no longer sees South Africa as a rural country but one that was clean, filled with many shopping malls and well-maintained nature sites. Not only did she get to witness animals in their natural habitat, she also learned the friendly culture of Cape Town that aren’t known to the world. It is safe to say that Cape Town was an unforgettable trip she won’t hesitate recommend and experience all over again.

If you’re considering choosing South Africa as your next travel destination, read our other South African articles here.