Zero expectations, lots of excitement mixed with a ton of caution – that was how Sangeetha Yogendran left for Jerusalem to work as a legal fellow for an organisation, as well as to embrace the holy city where heaven meets earth, where the past co-exists with the present and where the new ideas and old traditions constantly wrestle for precedent.

Once known as Ursalima which means “City of Peace”, Jerusalem is where various cultures and faiths cross path. Not only is Jerusalem the oldest city in the world, it is also the home to three major religions: Christianity, Islam and Judaism. 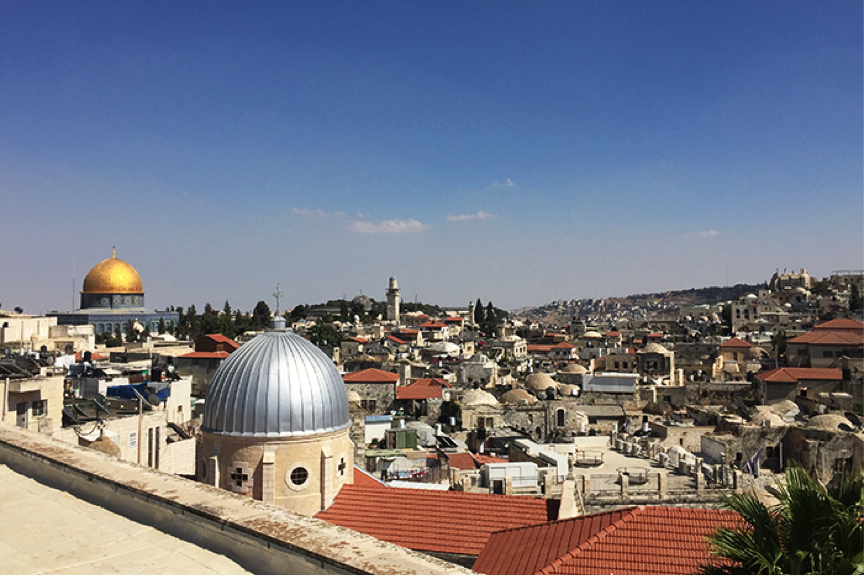 In all of its diversity, Jerusalem sits at the centre of political controversy, with both the Israelis and Palestinians laying historical claims to the city. More recently, the Tel Aviv shootings in January and June 2016 had also caused some worry and concern for Sangeetha but they failed to quell her spirit of adventure.

“While I was nervous, I was also excited at the same time, as I had been looking forward to coming here for more than a year now,” Sangeetha shared.

Working & Living with the Locals

With her accomodation located in East Jerusalem, it comes as no surprise that Sangeetha interacted more with the Palestinians. She was hosted by two wonderful Palestinian sisters and her job also provided the opportunity to interact with many young Palestinians adults.

Living with the Palestinians offered Sangeetha a different perspective that could not be found from mass media’s portrayals.

“Almost every single person I’ve spoken to has a story about how their family has lost land, or how especially if you’re male, you’ve had some sort of run in with the authorities,” Sangeetha related.

Sangeetha’s encounters with the locals were pleasant and genuine. From random conversations with people on the streets or in cafes and shops, to invitations from strangers to dine in their homes, Sangeetha was no doubt treated with friendliness and kindness.

One experience that Sangeetha distinctly recalled was her bus trips in Jerusalem. If an elderly or disabled person boarded the bus, the passengers would immediately give up their seats for them.

“At the bus stop one day, there was a visually disabled young girl there and so many individuals kept asking her if she needed help, letting her know which bus was approaching, and helping her onto the bus,” Sangeetha recalled.

“As long as you know how to navigate the two parallel bus systems for the Israeli and Palestinian neighbourhoods, it was easy to move around,” Sangeetha shared.

Although foreigners like Sangeetha may not have very differing experiences in both worlds, there were definitely disparities between the two sides that only became obvious after an extended period of time.

One thing that took Sangeetha by surprise was that her accomodation was right next to the separation wall which cuts off areas in the West Bank from Jerusalem. The wall was built in the early 2000s as a prevention measure by the Israeli government against terror attacks. 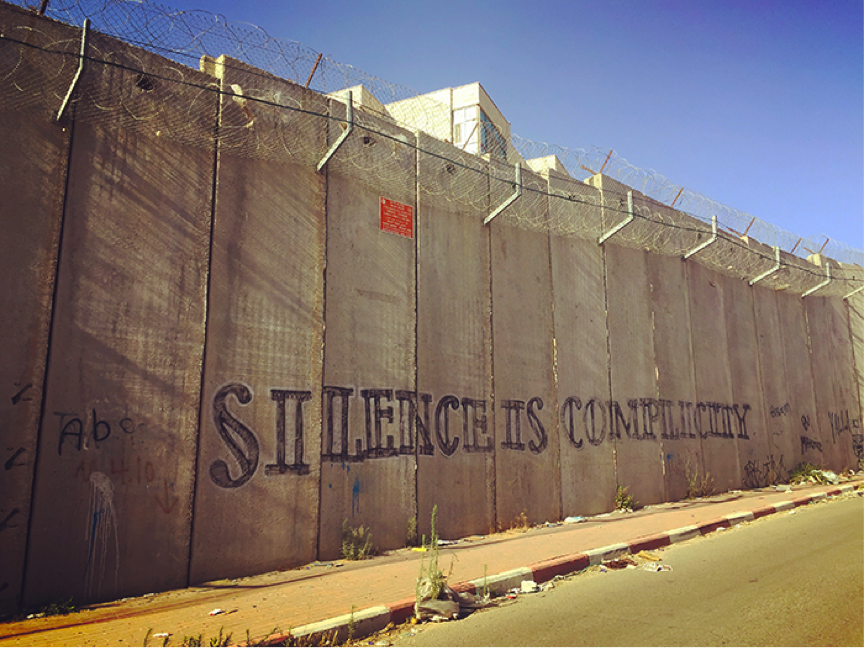 Sangeetha walks by the wall everyday when she makes her way from her apartnment to the main road. While security is not a concern with citizen soldiers spotted everywhere, Sangeetha still found the wall rather intimidating.

“The wall varies in size and structure but it is very imposing and even after a few months of being here, I still find myself caught off guard by it,” Sangeetha related.

Despite its daunting exterior, the wall has been a source of inspiration for many graffiti artists. Banksy, a famous artist known for his ironic street art and dark humour, has drawn a few well-known pieces on the wall himself.

Sangeetha’s apartment building was also in close proximity to the checkpoint at Qalandiya, a Palestinian village located in the West Bank. The checkpoint comes under the Israeli military who uses it to control Palestinians’ access to East Jerusalem and Israel.

Occasionally, Sangeetha would hear sounds of tear gas, rubber bullets or actual firing shots. However, most of the time the majority of the sounds were caused by firecrackers.

When Sangeetha first arrived in Jerusalem, the month of fasting observed by Muslims, Ramadan had just begun. 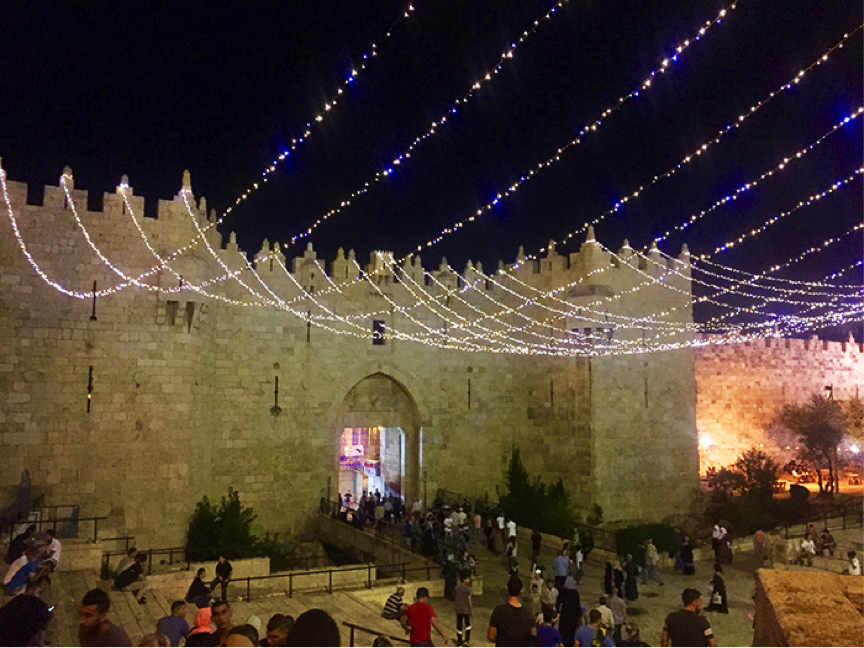 Jerusalem is quite a stunner in the day but at night, it turns into a mystical beauty. Only during Ramadan, when the sun sets and the people break fast, does the city come alive.

During the month of Ramadan, shops open till late. Religious and cultural sites also see a flood of visitors from all walks of life. During the season, meals and celebrations continue through the wee hours of the night.

“Even the celebratory lights that lined the many alleyways and lanes of the old city were a beautiful sight,” Sangeetha said. 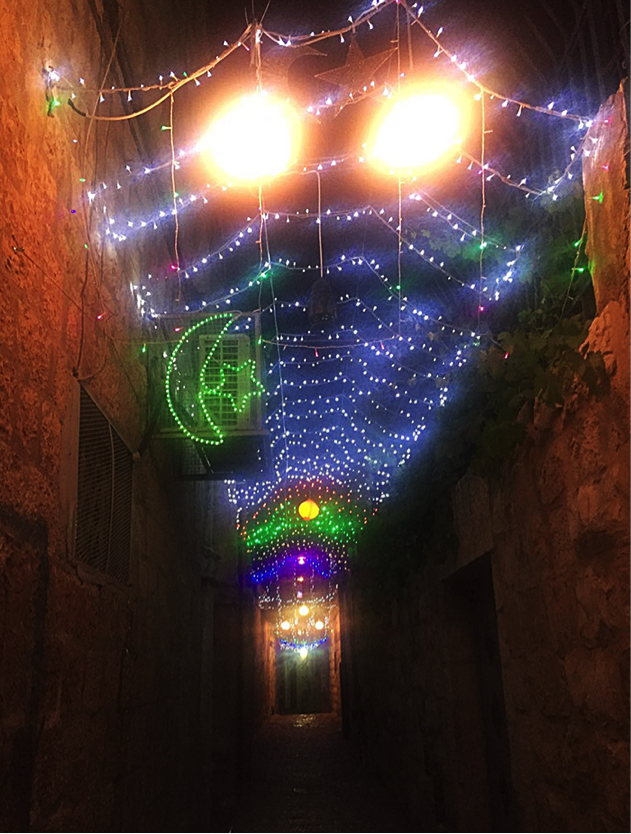 Despite the unique political situation in Jerusalem, the holy city is known for being a melting pot of religions, cultures and flavours. For Sangeetha, this incredible diversity was one of the most significant and memorable things about Jerusalem.

Jerusalem’s diversity is best observed in the Old City where there are four different housing quarters for the Arabs, Jews, Christians and the Armenians. Despite the differences in religions and races, all cultures and religions co-exist within the walls of the Old City. This harmonious relationship is not only limited to the Old City, but extends throughout Jerusalem, contrary to popular belief.

While some areas in Jerusalem have clear divides between Israelis and Palestinians, many mixed neighbourhoods exist in Jerusalem. It is also not surprising to find churches, mosques and synagogues in close proximity with one another. 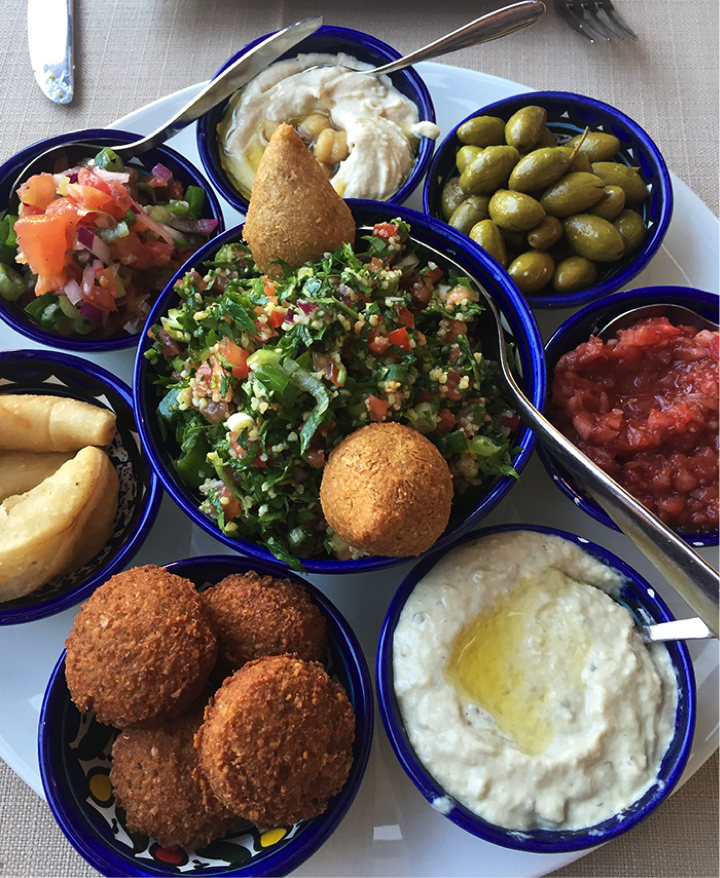 Having different ethnicities co-existing together in Jerusalem means that there are opportunities to taste a variety of food from the Arabic, Jewish and Middle Eastern cuisines. Some definite must-trys are the hummus, falafels and kunafeh. The Jewish population itself is also diverse, with a significant number of Ethiopian Jewish diaspora living in Jerusalem.

So is Jerusalem worth a trip down to?

Sangeetha’s answer is clear – “Most definitely, do it! It is an amazing city to visit, and regardless of your own faith, you will appreciate the religious significance and spirituality of the cities.”