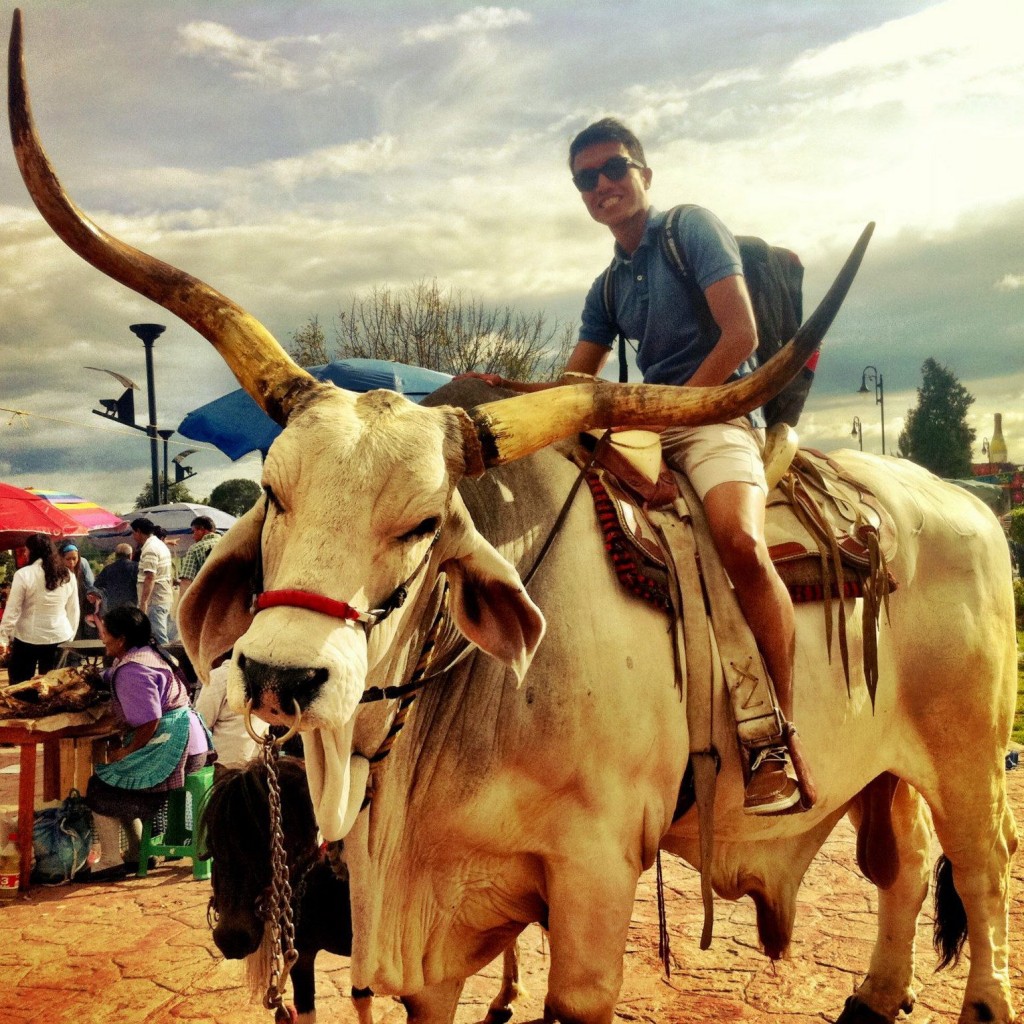 Rahman the man of enlightened perspectives on Mexico

Let’s cut to the chase. Is Mexico dangerous?

As an individual who hails from Singapore, every other country will be less safe as compared to our incredibly safe island. On the other hand, as long as one uses his common sense (i.e. stay away from dark and secluded areas etc.), he/she can enjoy Mexico to the fullest – like I did.

Mexico has so much to offer in terms of history, culture and sights; worrying incessantly about this issue will take the fun away from your travel. 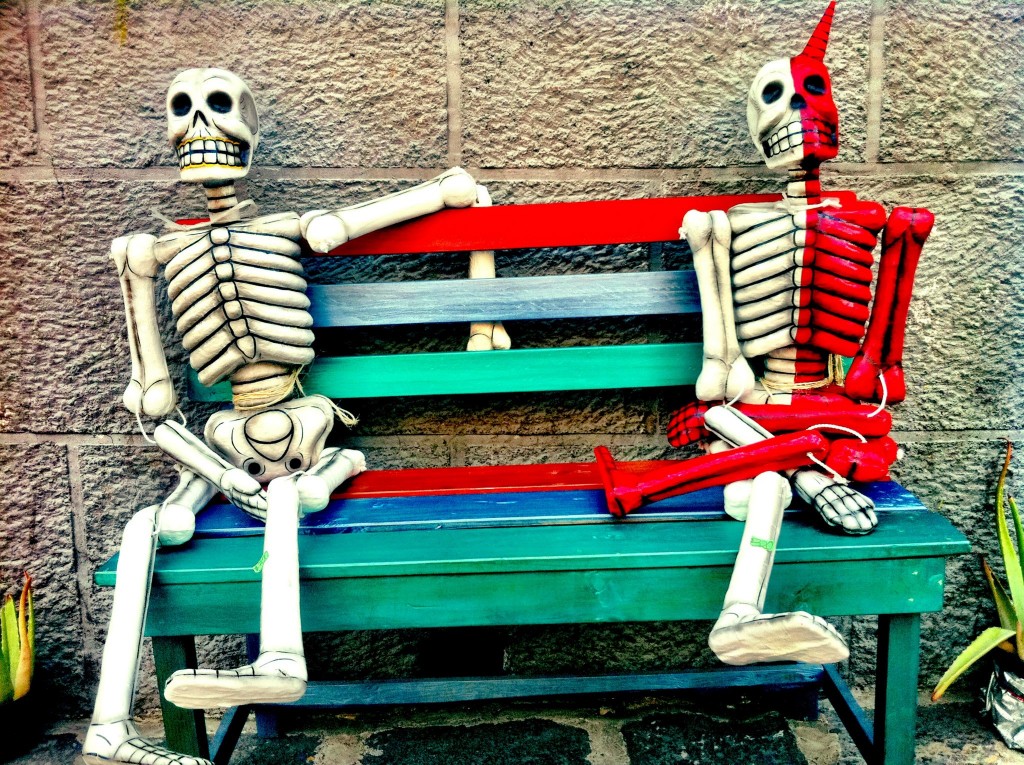 What about the poverty?

Mexico is a developing country, so poverty is  all around and this is especially obvious in certain states such as Chiapas and Oaxaca. It broke my heart to kids at such a tender age – some who are as young as 2 years-old –selling chewing gum and handmade souvenirs on the streets, when they should rightfully be in school obtaining an education.

But at the same time, there is a burgeoning middle-class in the country. As compared to the other countries in Latin America, Mexico is doing relatively well with high economic growth. However it is a big and diverse country, with high levels of corruption, it is very difficult for the poor to progress and for the fruit to be shared among all Mexicans. Likewise, this phenomenon is prevalent in other developing countries around the world as well. 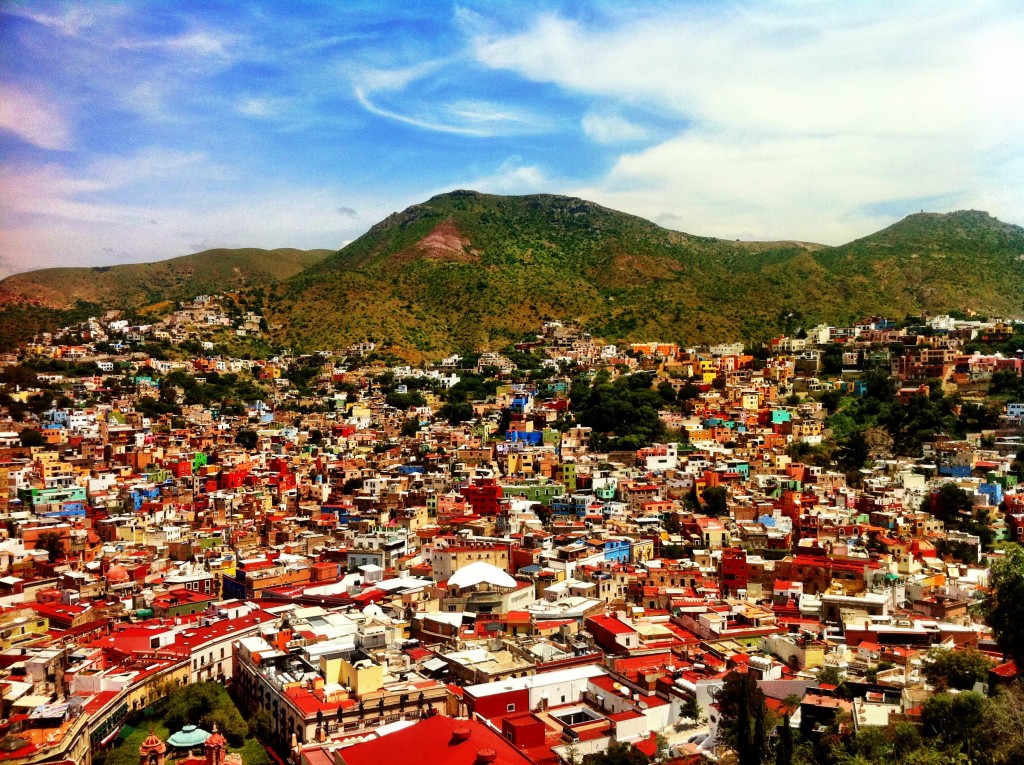 Great! So how are the Mexicans?

To be honest, Mexicans are one of the most fun-loving people in the world.

They are very friendly and have a laid-back attitude to life. In their own words, “Mi casa es su casa” which literally means “My home is your home.” They showed me such great warmth and hospitality once we became friends.

They emphasize the social aspect of life; even when they are in a rush, Mexicans will always stop to greet friends and families whom they bump into along the way. 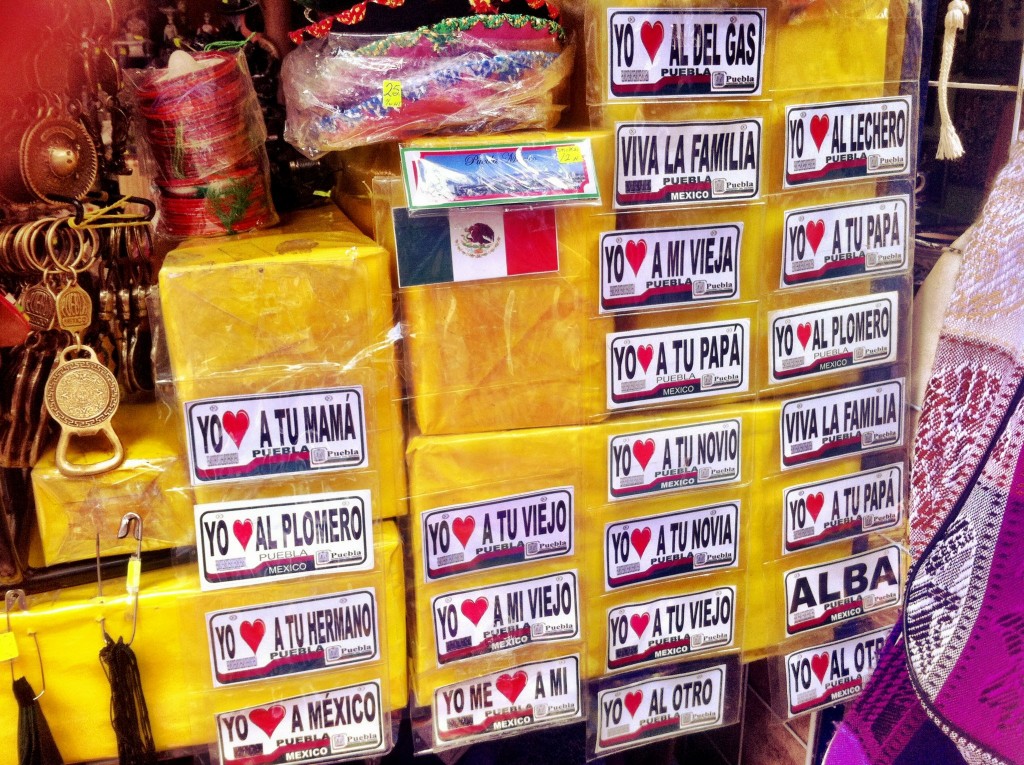 Mexicans also value families highly and are very nationalistic with regards to their identity. I had the opportunity to spend a weekend in my friend’s home, and I noticed how close they were during meals and outings. I like to ask my Mexican friends two questions

If you had to choose between family and wealth, which would you pick?

The majority of them replied that they value family more than money, and that they are very proud of being Mexican and its rich history.

Compared to Singapore, the pace of life in Mexico is generally slower. They seem to take things easier and enjoy the time spent with their families which I feel is beautiful. This is because in Singapore, we tend to be so engulfed by work that we forget to spend some time with our loved ones. 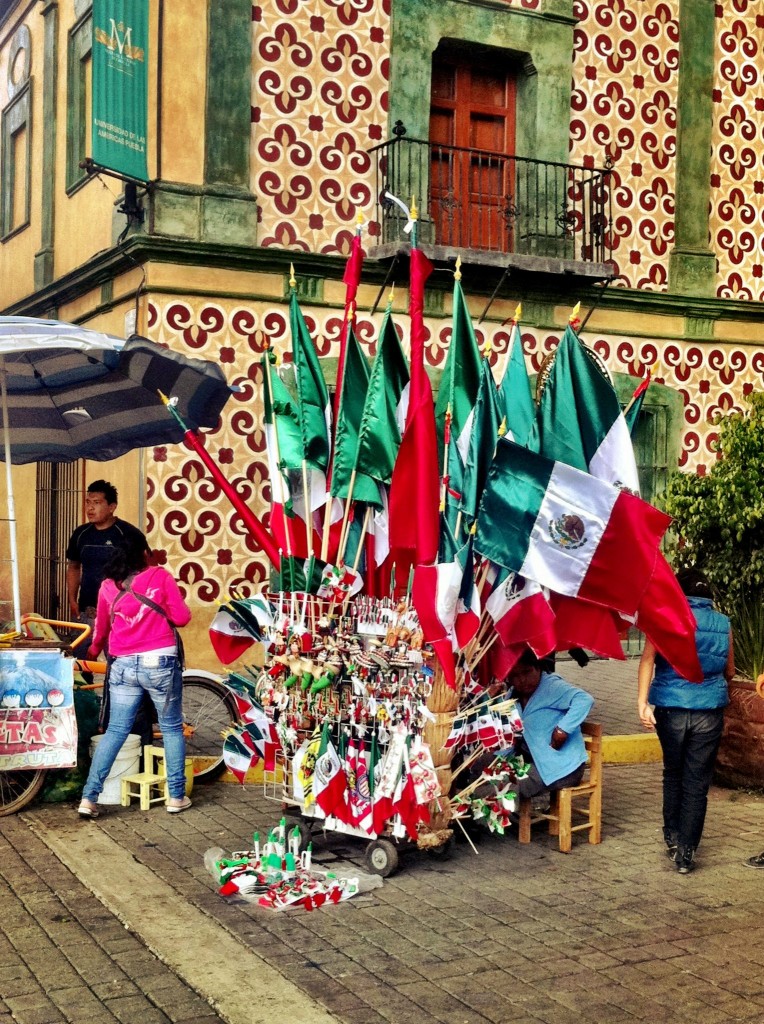 Mexican flags of all shapes and sizes for Independence Day

So was it difficult at first? Getting used to the Mexican way of life?

Yes, it was definitely a shock for me, especially since Singapore and Mexico are akin to polar opposites. Singapore is a highly developed city state whereas Mexico is still in its development phase.

I found myself comparing the two countries from time to time and being miserable because of the “have’s” in Singapore and the “have not’s” in Mexico.  But over time, I realised that things will be easier if I just stop comparing. It will be more beneficial to accept what’s out there and soak in the experience.

At the same time, as much as I assimilated, I held true to some of my core convictions. For example as a Muslim, I did not partake in the heavy drinking sessions which happened on a regular basis; I did not party as well. Some people thought that I was unsociable  and these were the people who outcasted me. But for the majority, they were quick to accommodate after I explained and clarified with them about my religion and my beliefs.

After all, this is what exchange is all about – the learning and understanding of different cultures and beliefs.

From the Day of the Dead celebration

What do you recommend as a must-see or must-do in Mexico?

The Day of the Dead celebration from the 31st October to the 2nd November has to be one of the highlights in Mexico. The holiday focuses on gatherings of family and friends to pray for and remember their loved ones who have died. Private altars called ofrendas are set up to honour the deceased with offerings of sugar skulls, and the favourite foods and beverages of the departed. 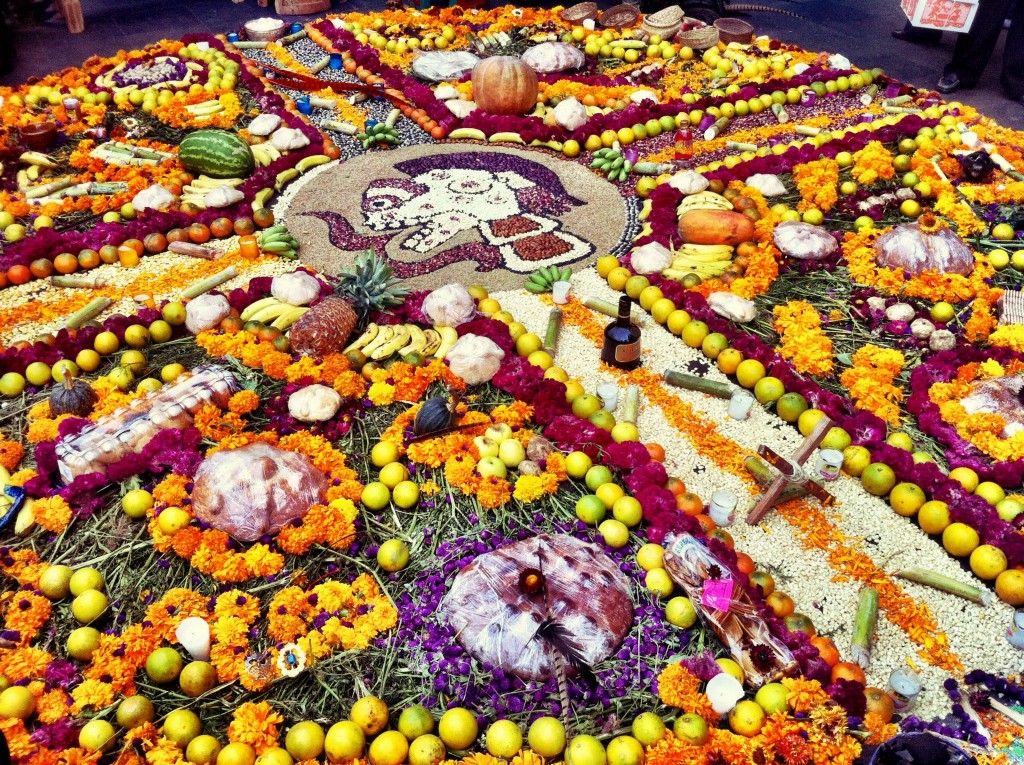 Another is Danza de los Voladores (Dance of the Flyers). The act consists of five dancers (one sits atop the pole, playing a flute and the drum) while the rest spins and twirls around the 30-metre high pole. According to myths, the dance was created to appease the gods and to end the drought. It’s also listed as an intangible cultural heritage by UNESCO. 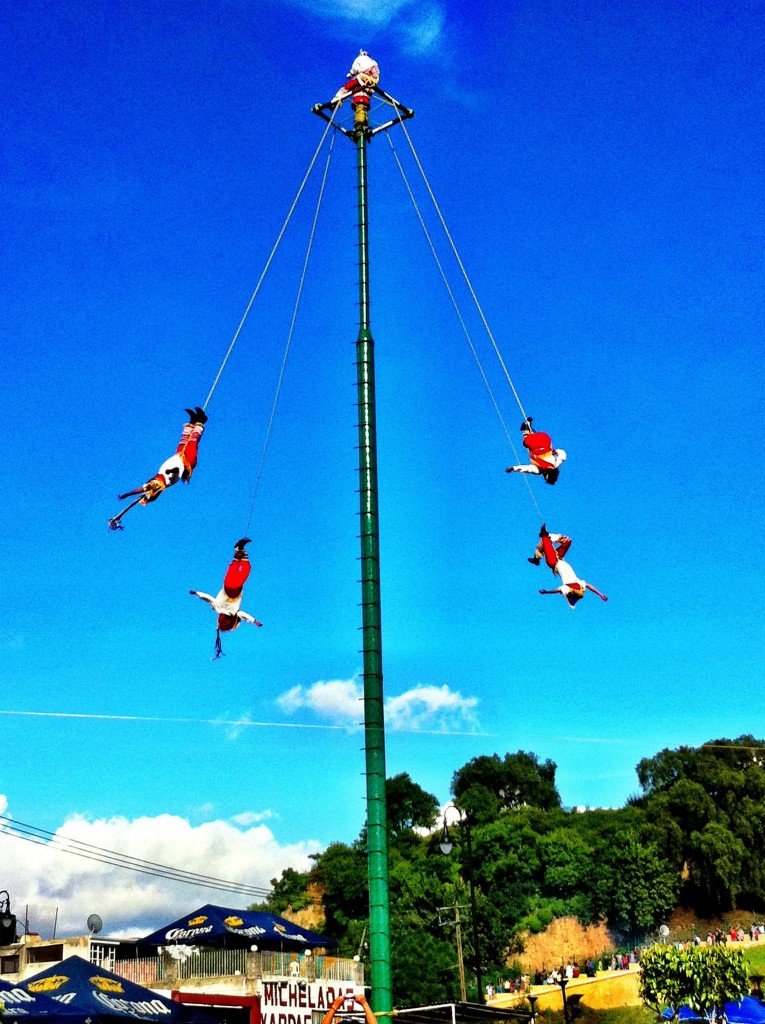 These are just some of the many highlights that Mexico has to offer.

There’s so much out there to see and to explore and my advice to Singaporeans is this – put your precautions aside and take a leap of faith. 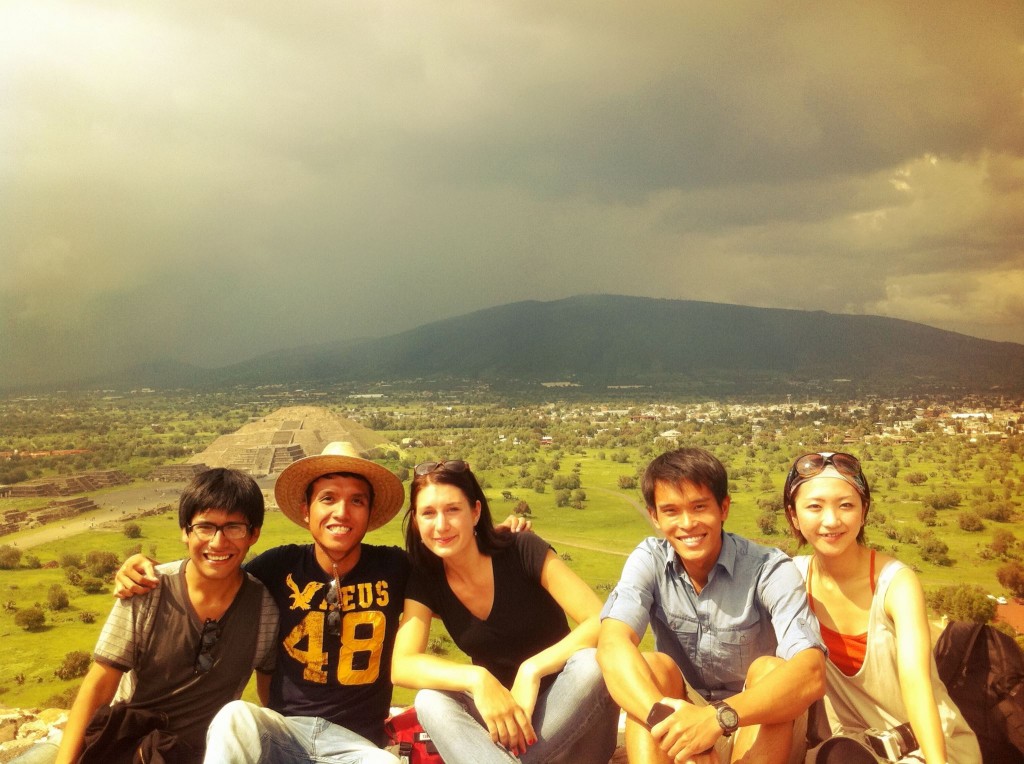 My friends and I at the top of Teotihuacan, a UNESCO World Heritage site

Oh and I’d like to add, you do get to see Mexicans wearing Sombreros (Mexican hats) too! 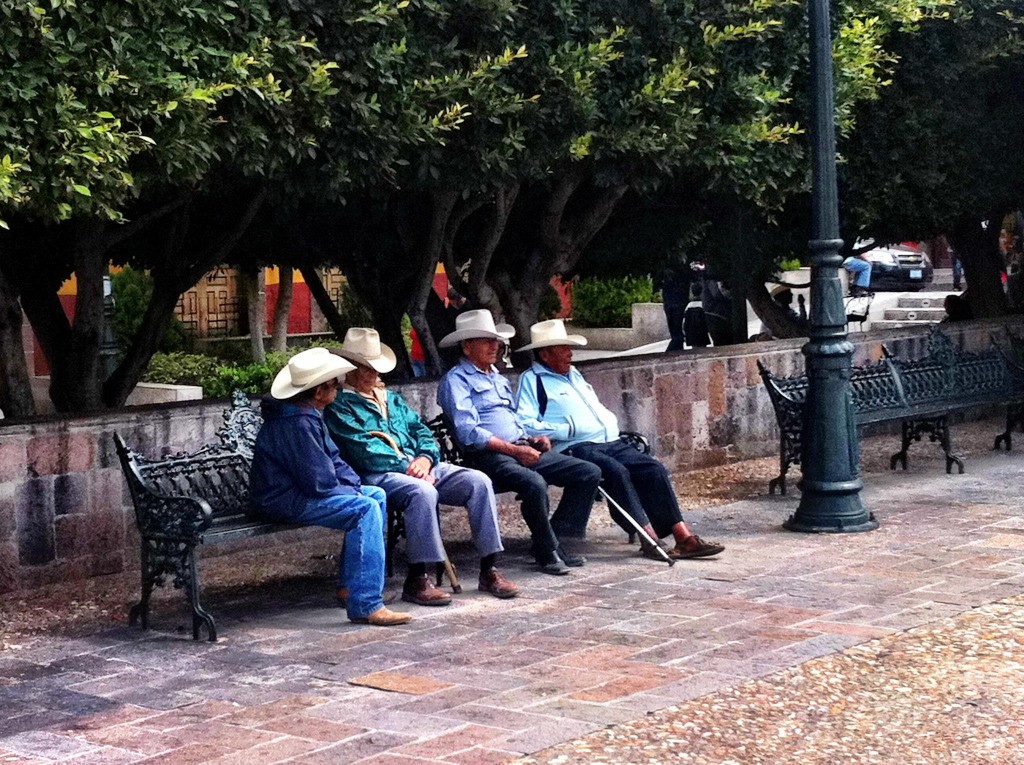 Enjoyed Rahmat’s take on Mexico?
FInd out more from Darshita, another contributor who has tips to share on how to make your Latin Amercia travels awesome!