“It is an acquired taste”, he warned, as he wolfed down generous servings, as though a forewarning would make the Mediterranean spring roll equivalent more savoury. Made of vine leaves stuffed with rice, tomato, parsley and mint, we were not all immediately won over by the surprisingly tanginess of it, but Jason was. He embraced it in the same way the country had made him its champion.

Munching on pita bread dipped in hummus, he shared with us that Lebanese eat mostly vegetables, and less meat. Just like Singapore, food and eating times are an important part of the Lebanese culture, which can go up to three to four hours. It was only apt that we spent two hours in a Lebanese restaurant, regaling the GoBeyond.SG team with his encounters.

He spoke of temple ruins that conjured images of historic places, deeply crusted in the dust of old world biblical lore. In fact, when asked about the architecture that most stood out for Jason, a civil service officer, he recalled the Temple of Jupiter, a well-preserved Roman temple at Baalbeck, with six columns thrusting about 20 metres into the sky.

But in Baalbeck where the Temple of Jupiter is located, soldiers from the Hezbollah group stand on guard. There are more soldiers there compared to tourists. His Lebanese friend, whom had invited him to visit her country, warned him about going to Baalbeck.

She was even fearful of him searching on Google as she believed the CIA would track him down. Born in the capital city of Beirut, his friend had travelled to London for studies, but never to outside of Beirut, believing it to be dangerous. In spite of these warnings, Jason and his travel companion hit the road. His fellow travelers on the bus were uniformed soldiers.

Yet, there was normalcy. Life went on. Stall keepers still laid out their wares of cedar honey, nuts by the kilos, and the bark of cedar tree where you could choose to engrave your name on. “Although there are reports of Hezbollah’s violence in the news, I felt safe because of the soldiers. At the same time there was some sense of fear because of the guns they were carrying. Eventually, we realized that the soldiers were defending their stronghold,” said Jason.

Tourist numbers are dwindling in Lebanon because of political unrest in neighbouring Syria, to the extent that the customs officer thanked Jason’s friend for bringing a foreign guest to Lebanon.

At the temple, business was slow. Often, Jason and his travelling partner were one of the few customers in the area. “I’d buy more souvenirs from the tourist shops because they are not making money.”

One of the souvenirs that can be purchased at the market is handicrafts made from the bark of a cedar tree. Its wondrous magnificence had earned itself a mention in the book of Isaiah in the Bible and motivated visitors like Jason, to visit its dense forests filled with cedar trees. It feels comforting to know that the tree is a symbol of the country and that it represents immortality and steadfastness. While the country has seen better days, we can look at the tree and look forward to that.

It was in these uncertain times, the warmth of Lebanese people had given Jason a deep impression. “We got lost a lot of times and these people are willing to go out of their way to help you. There was one girl who was on the way to work but she helped us get a servis (local taxi) for local price (there is a price difference for tourists and locals) and sat in the taxi to bring me all the way to our destination. Singaporeans are in a more fortunate state but we don’t help foreigners to this extent. It made me really humbled, and embarrassed.”

The warmth that the Lebanese gives to foreigners is more apparent when you know a local personally. “We went to Lebanon because my friend was going back for the holidays and we thought why not follow her?” Eager to show Jason and his friend, her hometown in the capital city of Beirut, she took them around and introduced them to her friends. They were brought into the fold of her family, where they were members of the family’s daily ritual of eating dinner without fail.

Other things also reminded Jason of home, though not quite how he would have liked it. The Lebanese kids reached out to Jason in a surprising way. The first day then he went shopping, he heard children singing Gangnam Style, a song by Korean singer Psy. He turned to find the source and was saw that the children were looking at him. “At first I was amazed at the virality of the song, that it reached Lebanon. Then I realized they were singing it AT me. It happened every day, with different children. It became irritating after that but amusing.”

The familiarity of culture extended into fashion. “The people in the capital city of Beirut are very westernized. They wear jeans and t-shirts just like us. Yes the girls wear skirts too. Although outside Beirut, I hardly see any girls. The radio plays mostly American songs.”

However, a level of conservatism still maintains. “I travelled with a female friend and they automatically assume that she is my wife. When we went to Mount Bcharre, the hotel owner gave us a room with a queen-sized bed. We had to go back to reception and tell them that we were not married.” Before we could even think that the people were frigid prudes, Jason was quick to add, “The owner immediately flirted with my female friend!”

The Lebanese are able to speak French, Arabic, and English and Jason was impressed by their mastery of these three languages. “It’s not like us where we don’t have complete mastery even over our own mother tongue sometimes.” However it’s not at all areas of Lebanon where . Jason and his friend registered for a SIM card at a local post office, where the postmen spoke mainly in French.

The GoBeyond.SG team sat around Jason regaling in his story and the Lebanese food, we realised how little we knew of Lebanon and its people beyond what we read on our local media. When Lebanon appears in the media, it is almost always associated with stories of political conflict with its neighbouring countries. Through Jason, we are able to learn of their warmth and the heritage of Lebanon. Men fishing in the Mediterranean, in city of Byblos.  The city holds ruins of many successive civilisations, and is known as the oldest continuously inhabited city in the world. 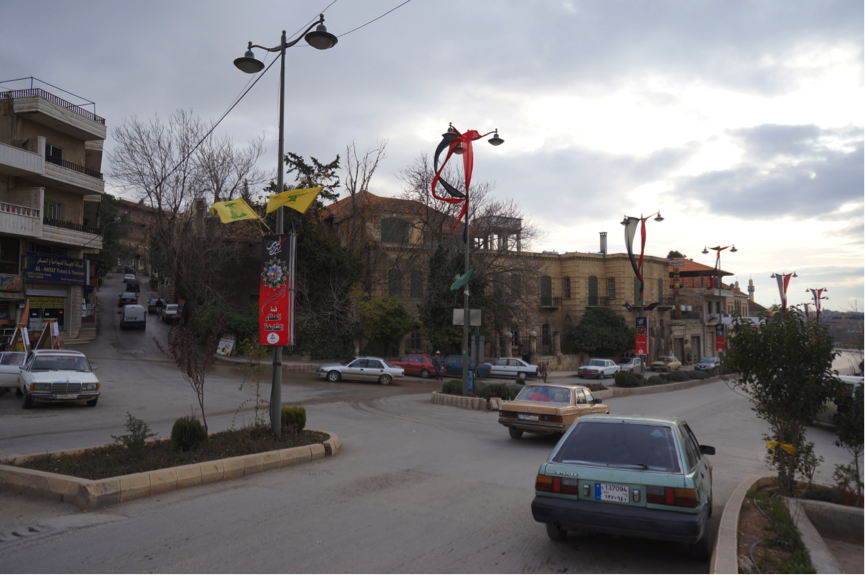 The eastern Lebanese city of Baalbek is home to some of Lebanon’s best-preserved Roman ruins and a Hezbollah stronghold. The yellow flags hung are indicative of Hezbollah’s protection of the area. 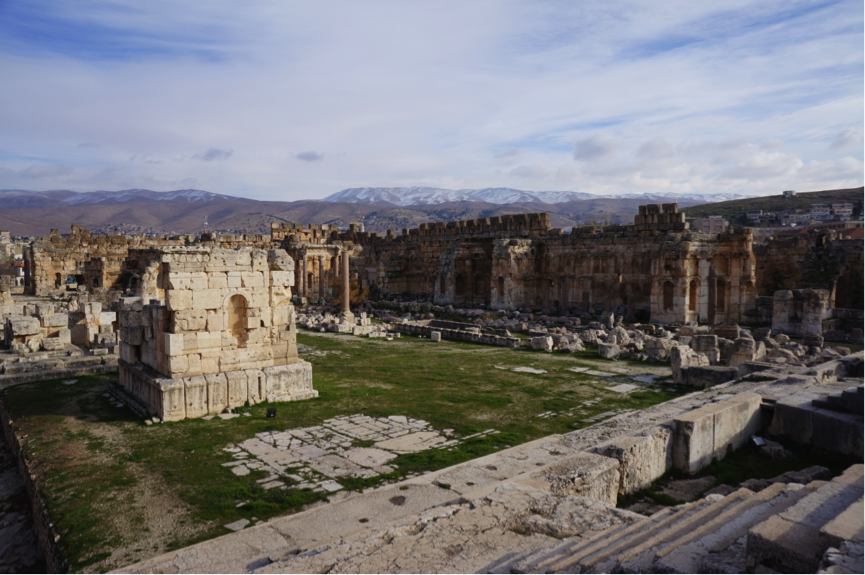 Ruins at Baalbeck steeped with history. One of the ruins include the famous Temple of Jupiter. The columns are as high as a 6-storied building. What’s amazing is that one single pillar is cut from the stone quarried nearby. 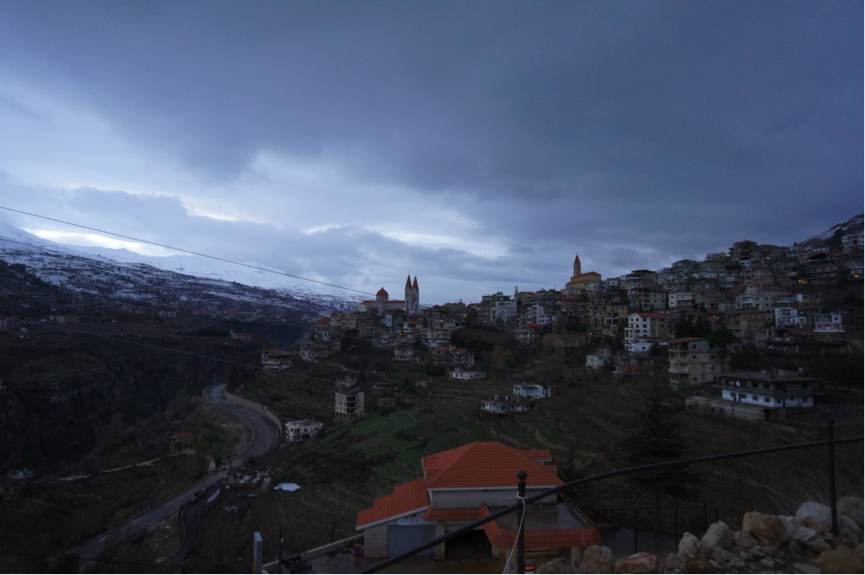 Bcharre is home to Lebanon’s few remaining and preserved Cedars. It is also the birthplace of the famous Lebanese poet and artist Khalil Gibran. 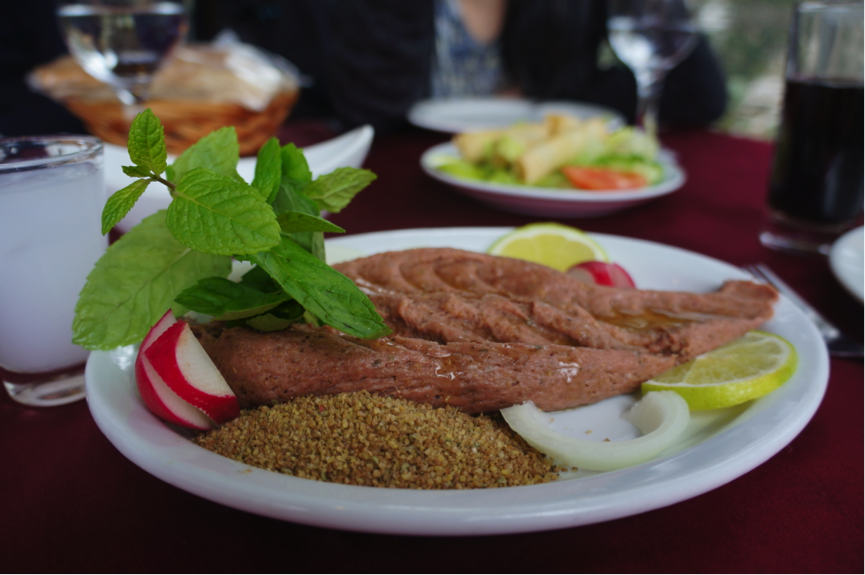 Kibbeh nayeh, a dish that combines raw meat, bulgur (wheat) and onion, is “the definitive Lebanese festive food. All of the ingredients are kneaded together with a sprinkling of ice water, and then eaten — with olive oil, a scattering of chopped sweet onion, bundled in flatbread — immediately. Raw. For a recipe, try this. 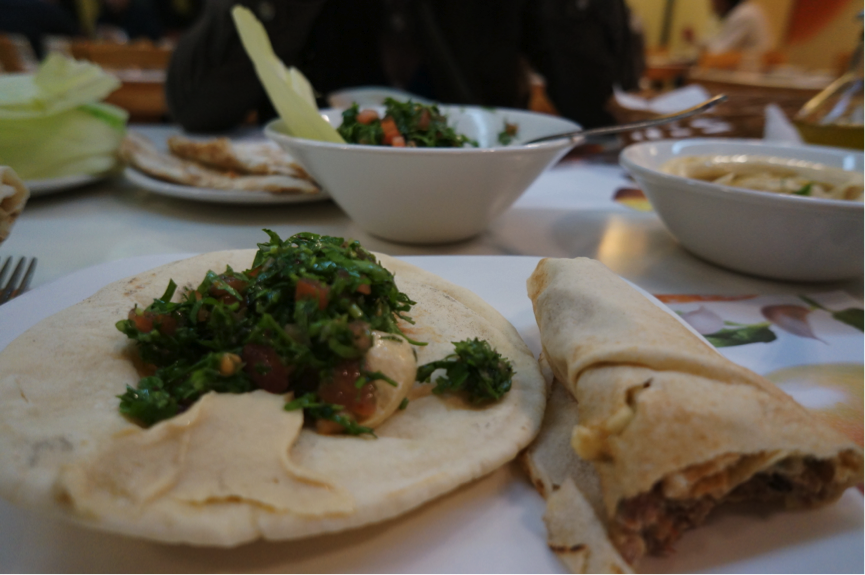 Lebanese bread with Tabbouli salad, is the essence of Lebanese cuisine. Made with parsley, onion, mint, tomatoes and drizzled with lemon juice and olive oil, eating this salad is like biting into a garden. Extreme shock value for your senses. 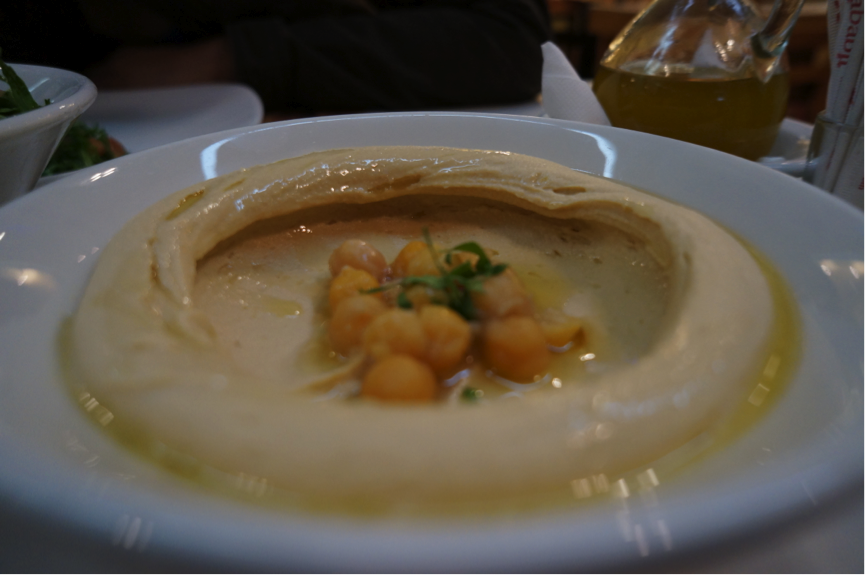 The GoBeyond.SG team sat down with Jason to eat at Urban Bites- a Lebanese restaurant. Check out our review of the restaurant here!