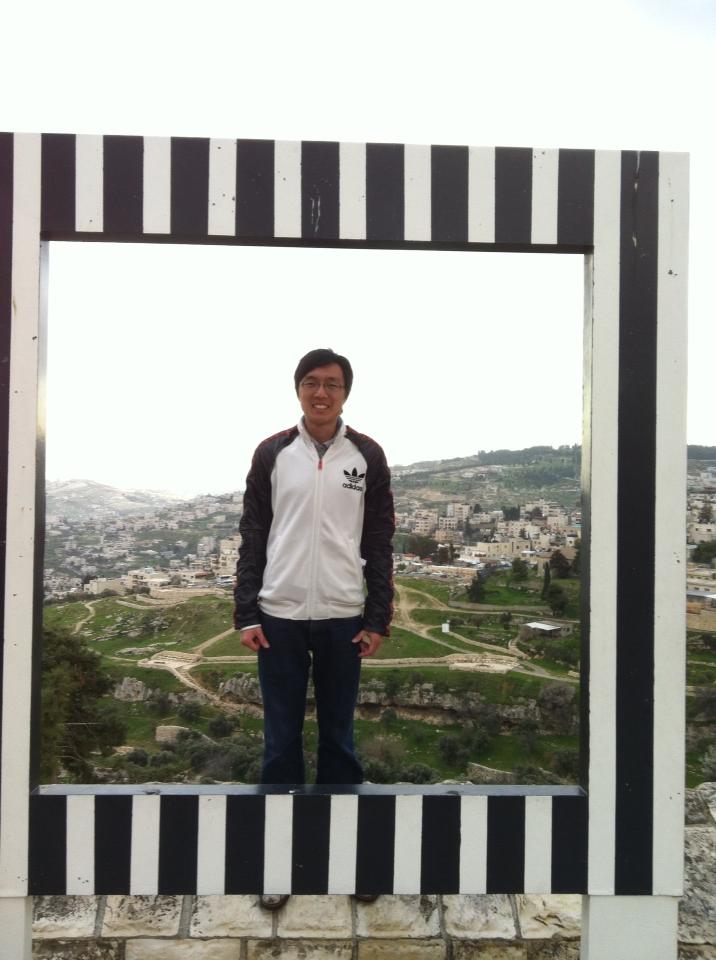 Jay atop a mountain in Jerusalem, holy city of Israel. | PHOTO: Jay Teo

Though he has only spent three months working in Israel, 24-year-old NUS undergraduate Jay Teo is already considering returning to the Middle Eastern country to get a job after completing his education

He attributes this decision to the working culture of the Israelis, which he finds different and refreshing from what he has experienced in Singapore.

“I love how people here think about entrepreneurship and take initiative here. People think about starting their own companies instead of going to large corporations to work. Everyone is seeking out their own paths in life, which is starkly different from how it is in Singapore,” he says.

Originally a business major, Jay first came to know of Israel when he took up a technopreneurship program in school, which sends NUS students to work at startups around the world for six months to a year. He is currently there with 7 other Singaporeans who are on a similar exchange

As he was interested in technology, he chose to head to Israel, which has been dubbed as a ‘startup nation’, due to its strong entrepreneurial and innovative culture.

“The people are very innovative and their work is driven a lot by technology. Many of those I’ve worked with say it is because of National Service, where they were given responsibilities and they learnt their skills there,” he observes.

Another thing that struck Jay about the Israelis is the level of initiative they display when meeting strangers. 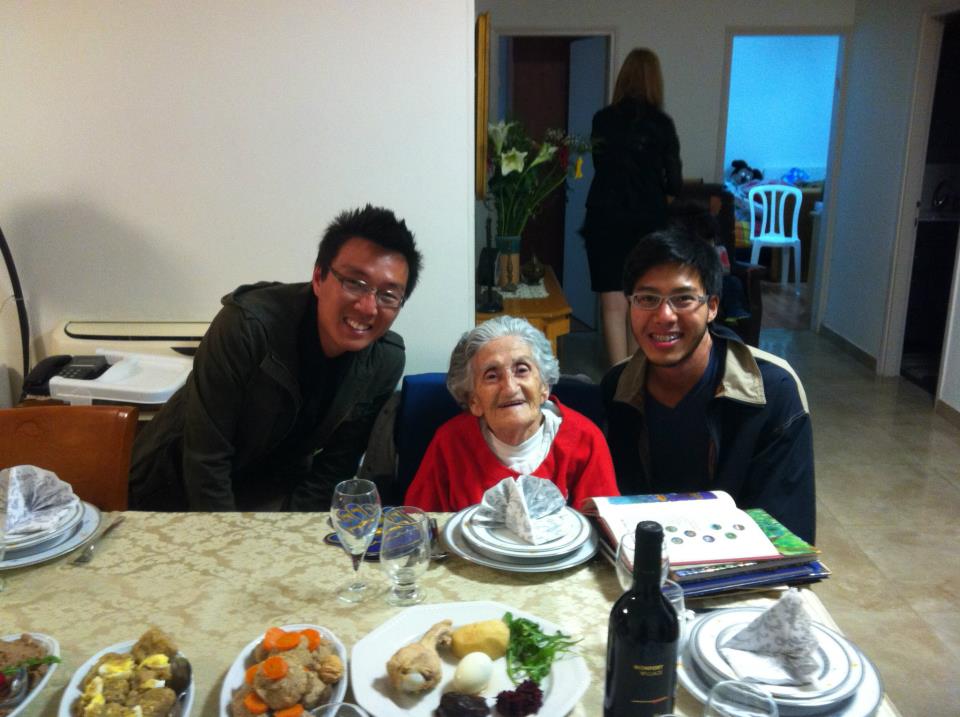 Jay and another Singaporean friend having Passover dinner with their Israeli friend and his family. He had the luck of meeting his grandmother, who is 100 years old.| PHOTO: Jay Teo

“There aren’t that many Asians here so it’s common to walk around and have people chat you up. They’re not afraid of talking to strangers because it’s seen as socializing.” The same initiative is also applied at work, observes Jay.

“Israeli people really go all out to get things done. They call that quality chutzpah.”

Such passion for their work also causes them to get into heated disputes, sometimes with table-banging and shouting involved, he says. “But after that they can pat each other on the back and get a beer together,” he adds with a laugh. 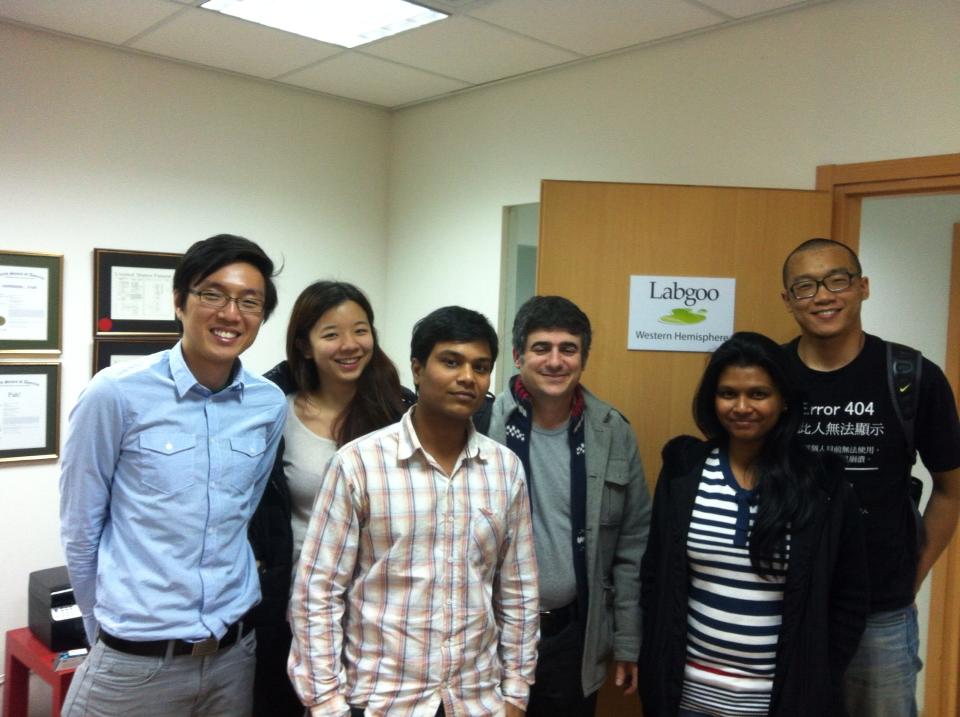 Jay and his colleagues at a meeting with Jewish entrepreneur Yosi Taguri (third from right)   | PHOTO: Jay Teo

A typical day of work for Jay starts at about 10 in the morning, and ends at 7 pm. But one twist is that he works from Sunday to Thursday, while his weekends are on Friday and Saturday, due to the religious laws that declare Sabbath a day of rest in Israel.

“It was a bit hard to adjust in the first week, but after that it was fine. But the buses don’t run as well from sundown on Friday to Saturday because of shabbat, so it is a bit inconvenient,” he points out.

Living in such a deeply religious country and having to adjust to such rituals and customs has also been an eye-opener for Jay. One particularly memorable experience was the trips he made up to the holy city of Israel, Jerusalem.

“It was so different from Tel Aviv. There were so many religious references and holy sites in the Old City belonging to the Muslims, the Jews and the Christians,” he recalls.

Jay’s most recent memory was a city-wide ceremony held to commemorate the soldiers lost in Israel’s ongoing war with the Palestinians.

“It was very solemn, they rang the bells and we all stood at attention.” 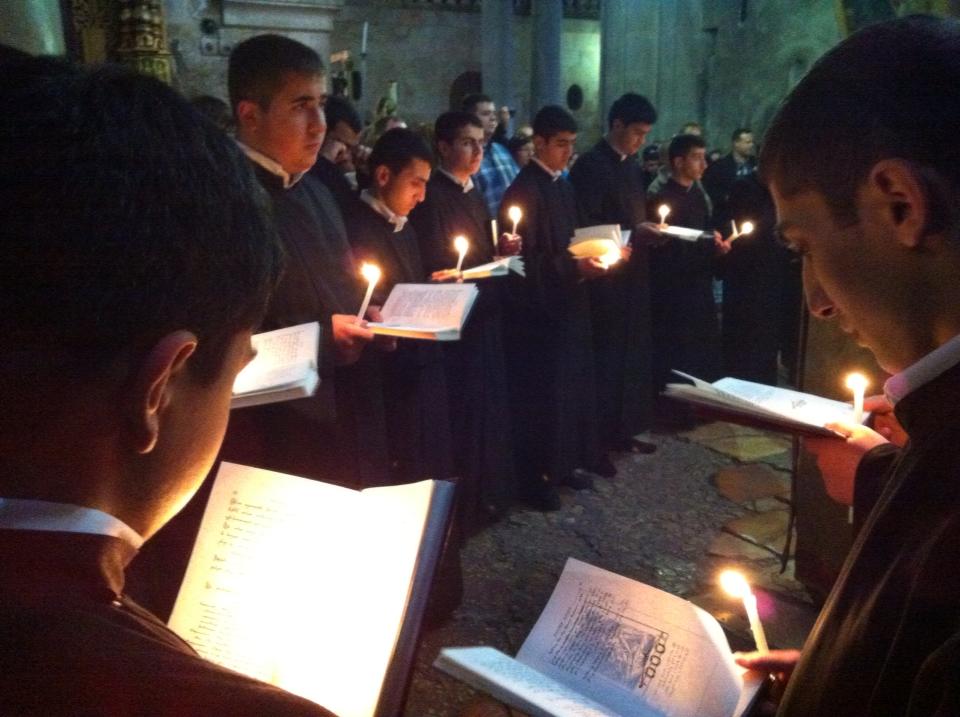 But it is not just all serious business all the time in Israel for Jay and his friends. They have also thrown themselves whole-heartedly into celebrating the many festivals, like Purim (the Israeli equivalent of Halloween) or Independence Day, that happen all year round in Israel.

“So then the mood changes and everyone becomes jolly again. You get to see different sides of the country,” he says. 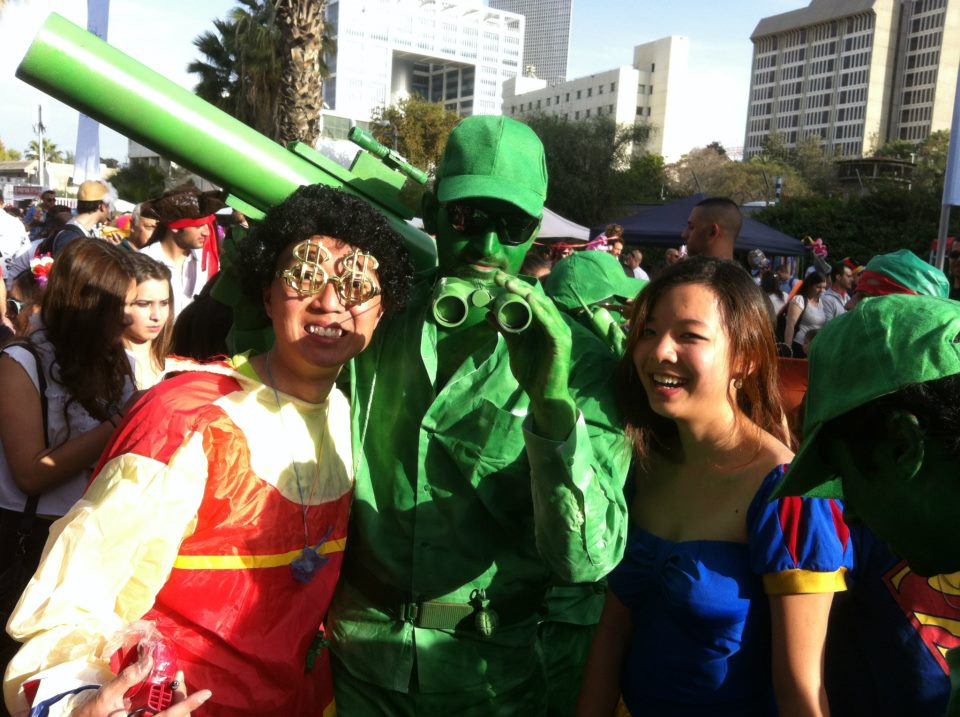 Jay and his friend at a street celebration of Purim, which commemorates the deliverance of the Jewish people from the evil Persian King Xerxes. | PHOTO: Jay Teo

Despite Israel’s ongoing conflicts with its neighbors, Jay says he and his friends are not that concerned with the safety. Instead, he feels that coming to Israel has helped him see the country in a different light.

“When you hear about Israel, you always think about conflicts or rockets being fired, but it’s generally safe here. My parents did ask me to think twice, but I’m glad I came over in the end.”