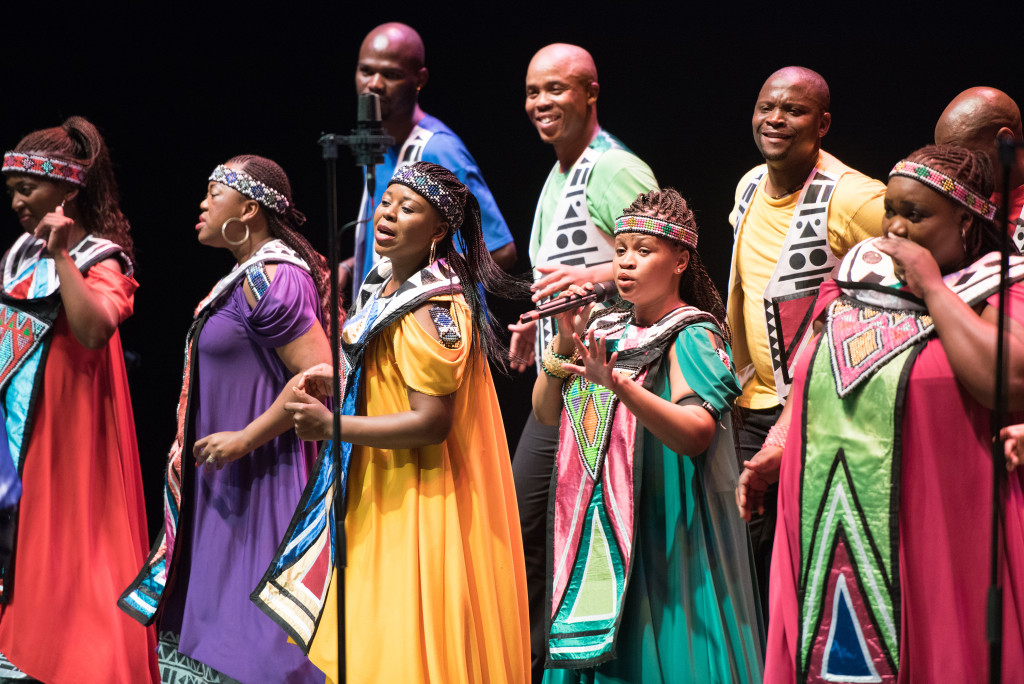 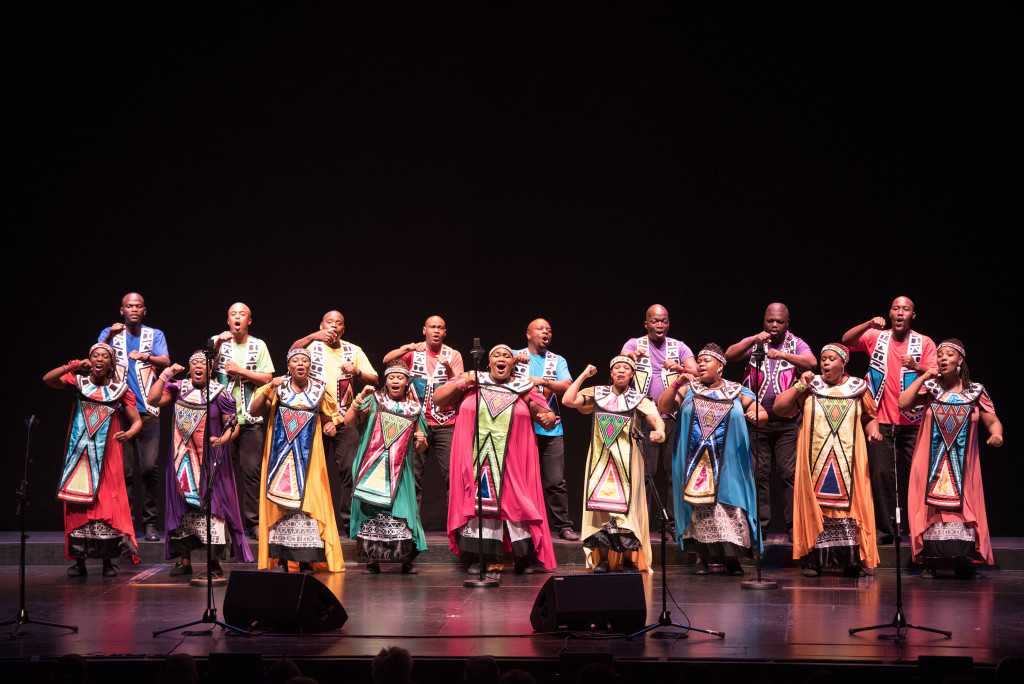 The lights dimmed. The Esplanade theatre stood still, anticipating the appearance of the two-time Grammy and Emmy Award-winning group, Soweto Gospel Choir. The choir which was newly formed in 2002 were seen to grow from their journey together and have been seen to perform with renowned names like Bono, Queen, Red Hot Chili Peppers, Dionne Warwick, and Celine Dion today.

Under the direction of Beverly Bryer and the late David Muloyhedzi, this choir aims to bring African gospel and traditional music to the world, especially to those who have never heard this kind of music before. They believe in sharing the experience of various African cultures to audiences through song.

The spotlight turned on with a solo female member greeting the theatre with her powerful, articulate voice in a stunning rendition of ‘Hiyo Mthate’. She introduced her group to the audience, recounting the 12 exciting years they spent together and hope the audience will support them for another 12 years to come.

As if on cue, other members graced the stage in rows of three. The member’s costumes brought life to the stage. The audience were delighted by the intricate designs of the traditional African costumes of various vibrant colours and Aztec prints, applauding appreciatively as the dancers performed their routine. The African Gospel Choir started the night with a traditional song called ‘Ziyama’umelusi’, complimented with the beat of the drums.

The variation of songs after it was cleverly arranged. One gets a balanced mix of both sentimental and upbeat songs such as ‘Amazing Grace’, ‘Arms of an Angel’ and ‘I Feel Good’. Vocals ranged from that of a power-house feel to sweet, alluring crooning for both male and female members of the choir. The smooth transitions between songs as well as the chemistry between choir group members made the performance look easy, almost effortless.

The choir showed their passion for performing not only through their voices but also their feet. Dancers moved with energy in every step, showing no sign of fatigue throughout the performance. Changing into bright green sleeveless tops, red suspenders paired with orange pants and navy blue boots, the dancers commanded the attention of the audience onto the stage.

Crowd-pleaser ‘I Feel Good’ and ‘Pata Pata’ made audiences jump up from their seats, swaying from side to side and clapping to the beat. A choir member teased the crowd with tongue-in-cheek comments such as “Are you having fun? NOW I SEE YOU’RE HAVING FUN!” This made many to get up from their seats and join in the fun. Choir members engaged with the audience by extending their hands to the crowd, expressing their thanks towards the audience.

Just when it felt like it is the end of the performance; the choir surprised the audience with a rendition of a few other songs. The crowd did not complain but were pleased to hear more.

The performance came to a close with ‘Oh Happy Days’ with the choir receiving a standing ovation, a thunderous round of applause which filled the theatre. Ending on a high note, the African Choir Gospel lived up to their reputation with a performance both enthralling and entertaining to remember.