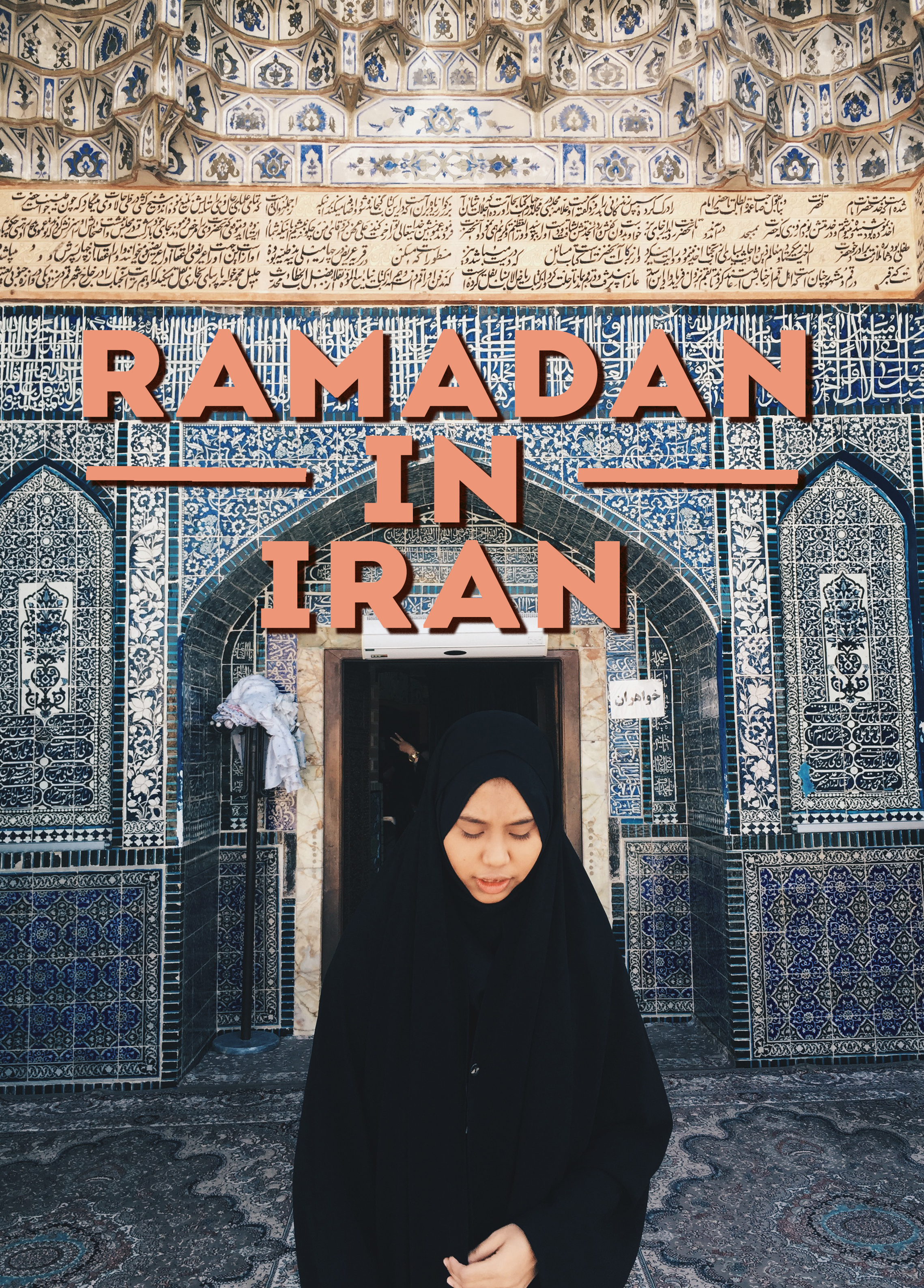 Food for the Soul

Rumi’s words deeply resonated in Laila’s bones. She felt the need to feel whole. She knew that she needed some soul searching. And there was not a more apt place to be than in Iran, one of the holiest places for Muslims and in the holy month of Ramadan.

Laila Othman is a current undergrad student of the National Institute of Education (NIE). The 22-year-old trainee art teacher had just finished her attachment at a local primary school, spending a year learning the ropes of being an art teacher. Although she knew the end of it meant missing her students, she was counting the days where she will be able to reunite again with the Hosseinis in Iran.

14 years ago, Mr Hosseini and his family lived in Singapore for a short while. The Othmans met them at a religious class and became fast friends. They warmly welcomed the Iranians, bringing them around in Singapore and showing them the sights and places to go.

It was the start of a beautiful friendship between the two families. They exchanged views about each others’ cultures, which although had their differences, were bound together with their mutual faith in Islam. They invited each other over for dinners, which was where Laila had her first taste of Persian culture.

The moment the plane touched down at Tehran Imam Khomeini International Airport, Laila could feel herself tingle with excitement.

She was finally here.

Qom is one of Iran’s holiest cities, wherein resides the shrine of the Lady Fatima Ma’suma, sister of Imam Ali ibn Musa Reza (the eigth Imam of Twelver Shiites). It is home to many Senior clerics of Shi’a Islam and is the main city for religious studies in Iran.

From Tehran, it was quite a long car ride to Qom. Once there, she was baffled to find that the streets were fairly deserted. Due to the month of Ramadan, shops and especially restaurants were closed. She was told that since the days were hot and long in Iran, people would rest at home for most of the day.

Women in Qom were all draped in Chador. The Chador is a long black cloak that is worn with the hood over your head and the front open sides covered with your hands. 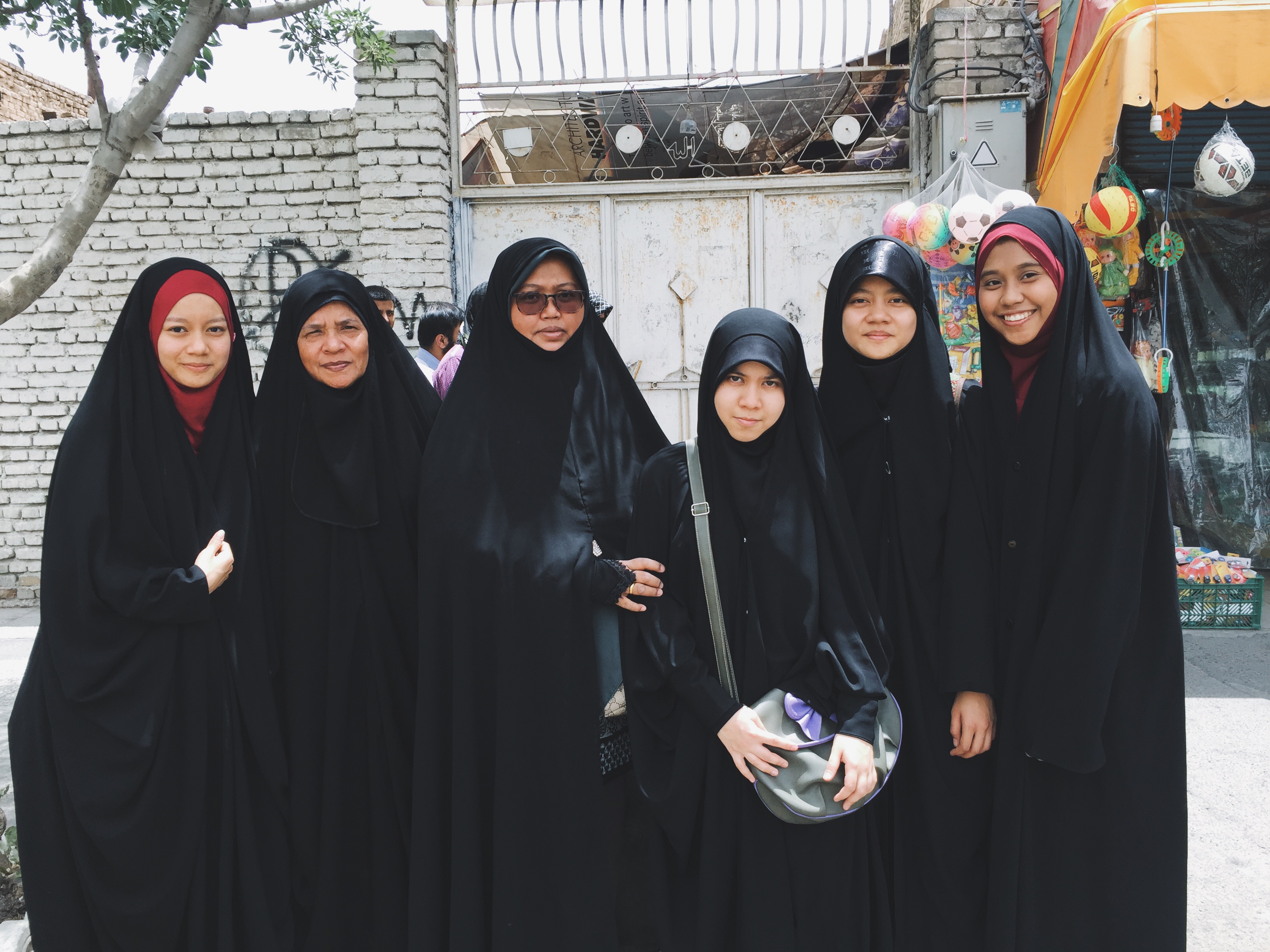 Chador worn by the ladies.

Fortunately, Laila knew acquaintances from Singapore and Malaysia who were studying in Iran. They acted as tour guides and better yet, translators. The people in Qom could barely speak English so communicating became quite a challenge.

However, they were delighted to find out that they had restaurants that were open specially for musafirs or travellers. This is because Muslims who are travelling are not obligated to fast. And so, Laila found that they had to verify themselves as travellers, or the restaurant owners had a right to refuse to serve them.

Even at the mosques, they had special tents prepared at the very back for musafirs to get a drink. Laila was pleased that such a conservative country would accommodate so much for tourists like herself.

Laila, with her artistic eye, could not help herself from taking photos. She loved snapping pictures and her Instagram feed could vouch for that. Even though she had really wanted to take portraits of the women there, she was aware that women in Qom are more conservative and it would be disrespectful to take photos of them.

When she was at the shrine of Lady Fatima Ma’suma, she gushed over the beautiful architecture, especially the murals on the walls. She was carefully taking photos when a lady approached her and started asking questions in Persian. Laila was left baffled when her friend came over and translated that the Iranian lady was reprimanding her for taking her picture.

The commotion fizzled down as Laila explained she was merely taking photos of the walls and not of the distressed stranger. She heaved a sigh of relief, mentally patting her back for resisting the urge to take portraits. Who knows what could have happened had she been taking photos of the Iranian lady.

“If you are on someone else’s land, it is only right that you respect their ways”, was Laila’s advice.

When the time came to explore Tehran, Laila and her mother was ecstatic- they could finally meet their old friends. 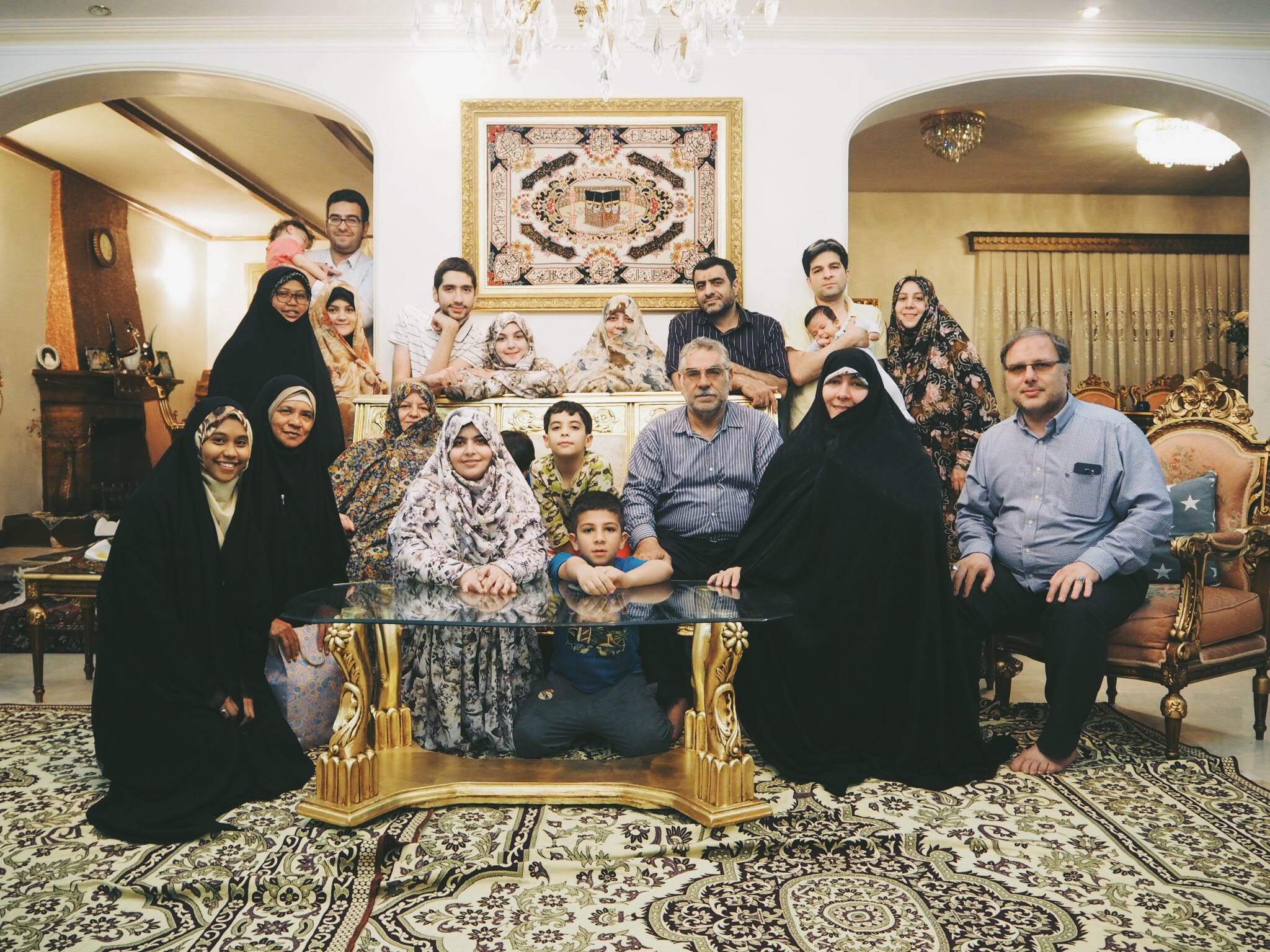 The Hosseinis. It is in their culture for families to often gather together as they are very family-oriented.

The Hosseinis welcomed them with open arms and even offered a place for them to stay. Their hospitality was warm and generous and Laila immediately felt at home. Just as how the Othmans had shown them around in Singapore, 14 years later, this was their turn to bring them around in a foreign land. 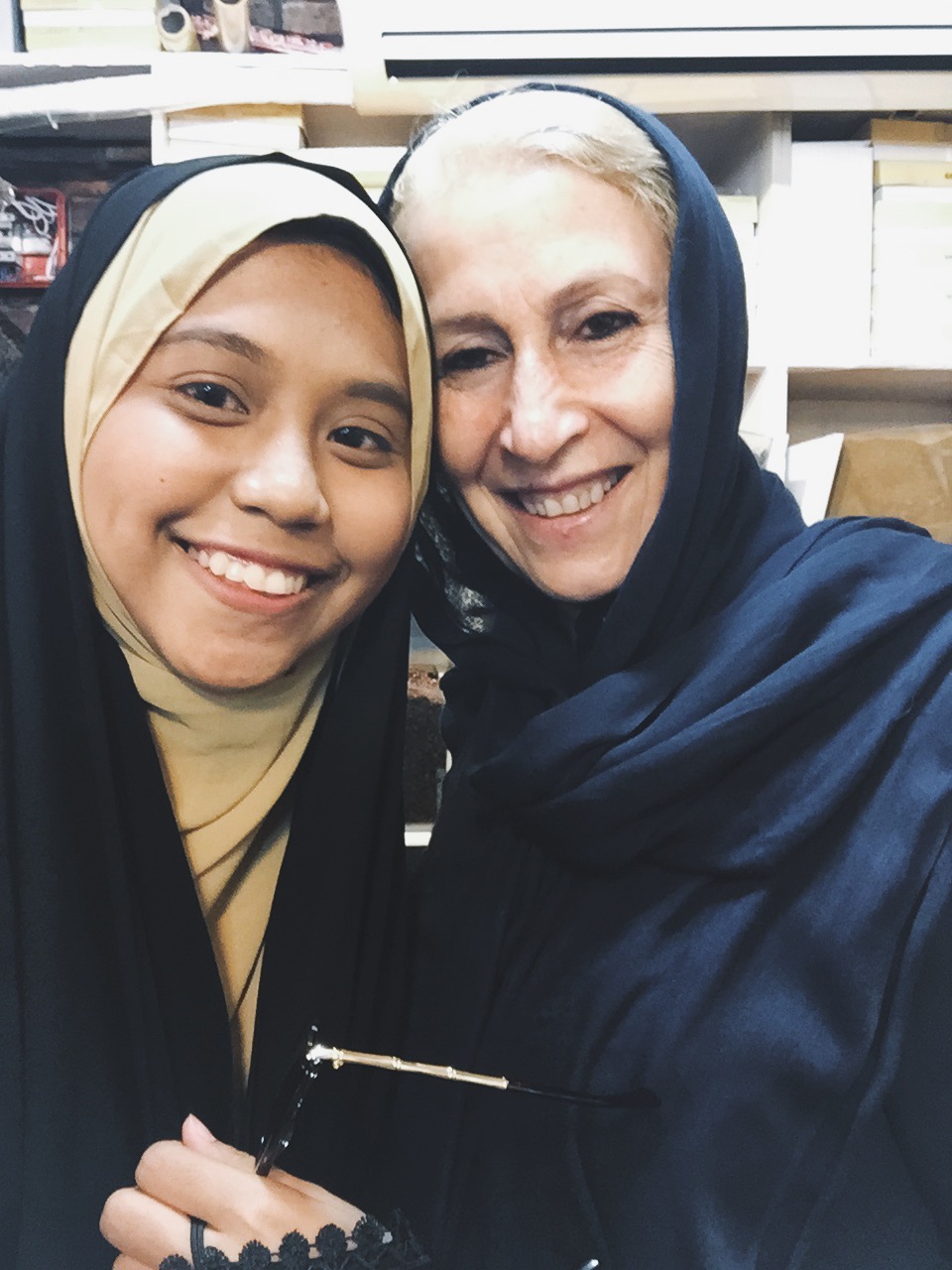 Laila with a local from Tehran

Laila noticed that in Tehran, the women were more liberal. They wore casual, westernised clothes and a scarf over their heads in place of a chador. She found that more of the locals there could converse in English too, albeit in broken sentences and simple words.

At night, where the streets of Qom were quiet with everyone busying themselves at the mosque or staying at home, Laila chanced upon a park in Tehran with Iranians singing and dancing. She was quite intrigued by the stark differences between the two cities. 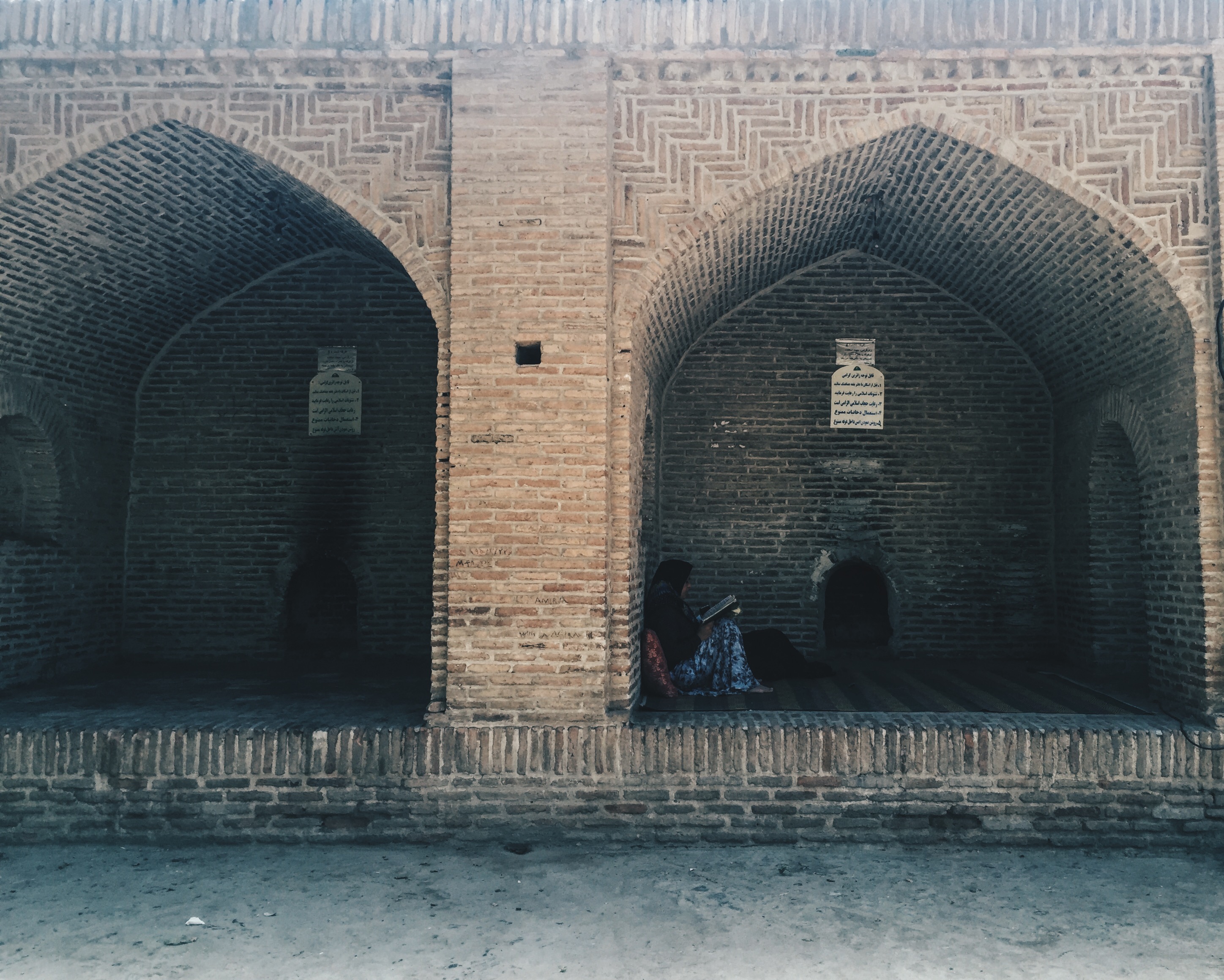 Locals supplicating under the shade.

The city of Mashhad came between Qom and Tehran in the liberal spectrum. At least, that’s how Laila put it. While the women in Mashhad still had their Chadors draped over, their clothes underneath were less conservative. Some even wore jeans, which was unheard of back in Qom.

One thing that remained constant throughout wherever she went was that Iranians always said ‘Iltemase Dua’ which means ‘pray for me’. Laila kept the phrase close to her heart, she loved how beautiful it was for them to keep each other in their thoughts.

But what she loved most about Iran was the abundance of shrines. She visited plenty of them, but none had the impact that the Shrine of Imam Redza had on her. 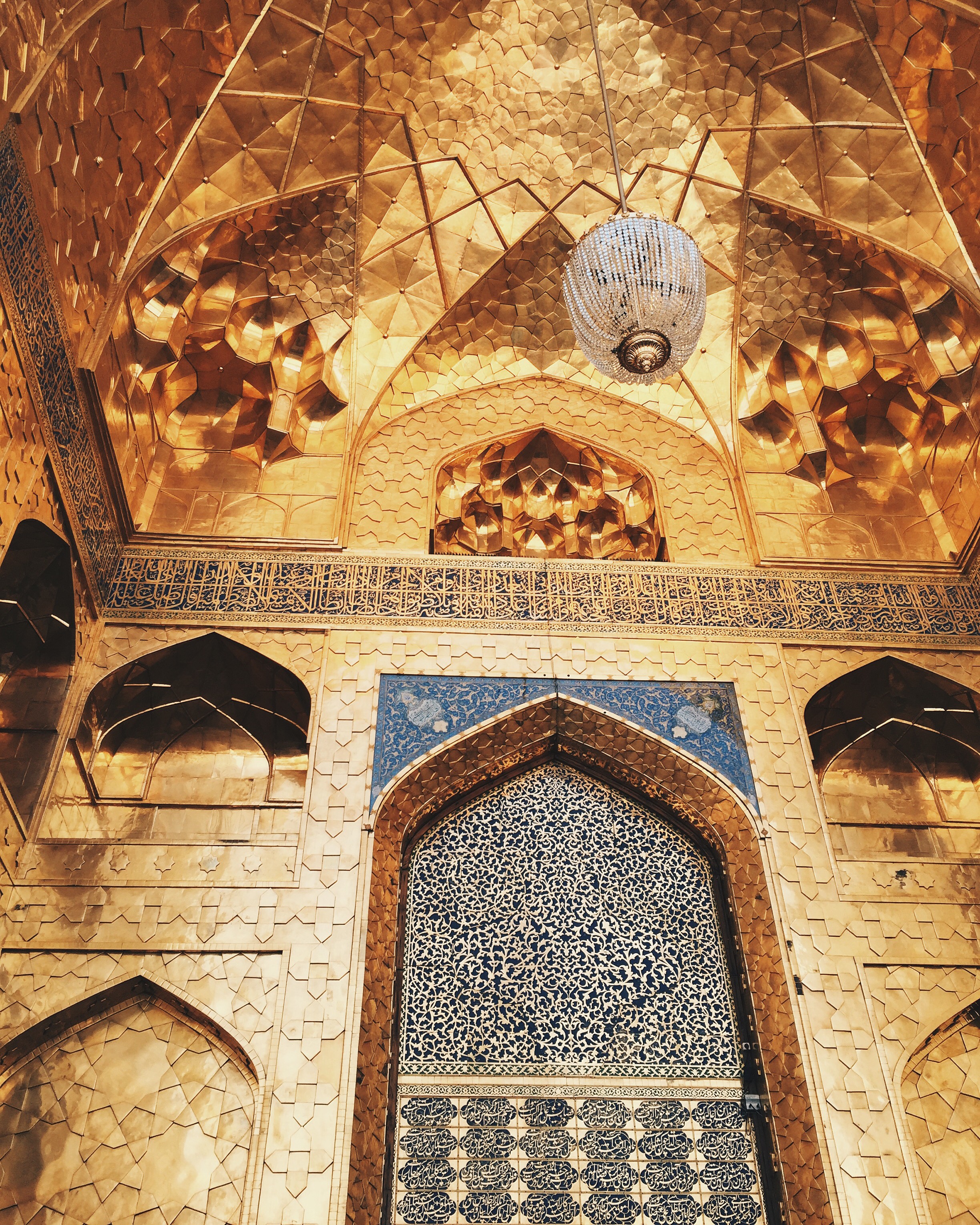 It was said that the first time you gaze upon the golden dome of the shrine, you should close your eyes and pray for three things that your heart most desires. But the first step that Laila took into the holy tomb, something tugged at her heart strings.

“The feeling was indescribable”, Laila said reverently as she recounted her experience.

When she closed her eyes and let prayers and supplications roll off her tongue, she felt a closeness to God that she had never felt before. Like a divine presence that was listening to her prayers, watching over her and keeping her safe. The spiritual connection was so overwhelming that she could no longer control her tears.

And so she let them flow, along with her troubles and worries.

The mosques in Iran would be filled up right before sunset. There, one would have to obtain tickets in order to join in with the communal breaking of their day-long fast.

While Laila and her mother did not manage to get tickets, they were still given a food packet filled with chocolate bread, a drink and some dates. It was enough of a meal to satiate her hunger. 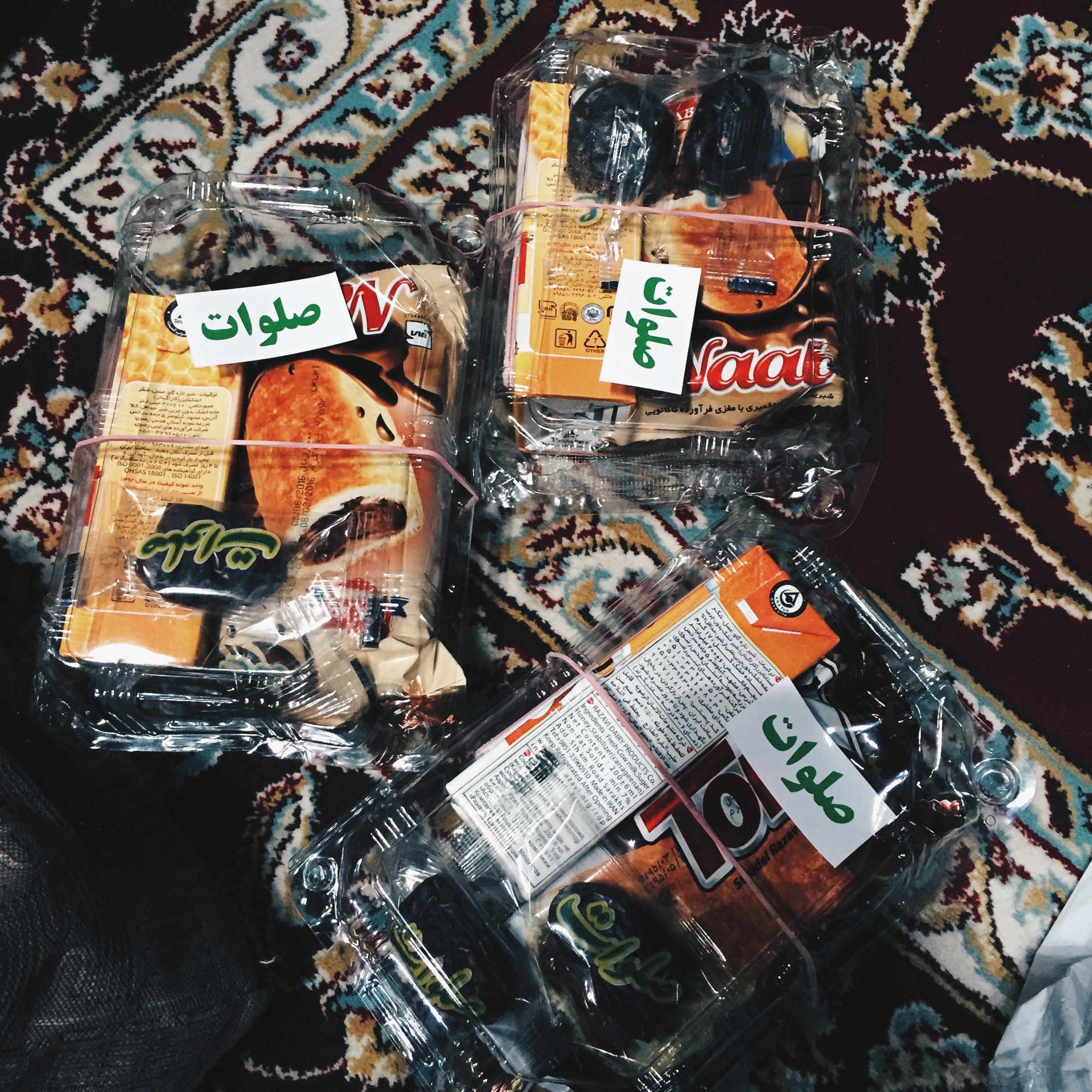 Mosques gave out food packets to those who could not join the mass breaking of their fast.

The Iranians spent their time with supplications and prayers throughout the night. This went on right until the break of dawn, where they would return to their houses after a long night of prayers.

As the plane rumbled and prepared itself for takeoff, Laila could only look out the window wistfully. This was the end of a meaningful journey, one that she would always remain in her heart. A smile crept up her lips as she thought of all the people who questioned her decision to go to Iran. Would it be safe? Isn’t it dangerous for women?

But the truth is, you risk danger everywhere you go, from the streets of New York to the alleyways of Tehran- crime knows no regional boundaries.

Laila knew Iran was safer than people thought, but she was pleasantly surprised to find out just how far-fetched the common perception of Iran was. Iran was like home away from home, providing the same level of comfort and security.

She had not even left yet and she could already find herself missing Iran.