In the recent years, there has been a spate of good news all round for the Russian film industry.

As the Russian cultural calendar shifts its spotlight from literature to films in 2016, the whole year has been dubbed as the ‘Year of the Cinema’ for the first time in the Russian Federation.

The purpose for this initiative is meant to draw international attention to Russia’s film industry and to showcase the challenges and achievements the industry has faced.

In addition, an organizing committee was has been formed in conjunction with the ‘Year of the Cinema’. The committee is largely made up of film personalities, notable artists culture and art names as well as leaders of some of the largest media companies. The Minister of Culture of Russia, Vladimir Medinsky, oversees the committee.

Plans have been made by the committee for Russia’s year of film, including organizing film festivals, opening new cinemas, working together with publications devoted to Russian cinema and promoting Russian cinema as a whole.

To add to the festivities, every region in the country developed their own programme of cultural events to commemorate the ‘Year of Russian cinema’.

But what really has Russian filmmakers celebrating is that Russia’s state support will pump in about 4.8 billion rubles ($71.7 million) for distribution among film companies.

As the curtains roll up and audiences wait in anticipation, we take a look at Russia’s involvement in the film industry on an international scale.

England-based graffiti artist, Banksy once said: “Film is incredibly democratic and accessible, it’s probably the best option if you actually want to change the world, not just re-decorate it.”

Russian filmmakers once had the exact same sentiments to utilize film the same way, when it became the main channel for communication, education and propaganda back in 18th century Russia.

A veteran of the film industry, Russia already had over 1400 cinemas and produced around a hundred films by the early 1900s. Russia’s film industry was nationalised in 1919, leading to the opening of the world’s first film school, Gerasimov Institute of Cinematography (VGIK).

Russia’s filmmaking history can be broadly summarized in three eras:

During this period, Russia was highly dependent on Western Europe and the United States for film technology. Therefore, Russia relied on film imports from other countries. In fact, 90% of the films shown in Russia before World War I were imported.

However, by the October Revolution in 1917, there was already a small but thriving film industry in Russia, which produced films in the styles of other countries. Russia’s first feature film, Steka Razin (1908) was in fact modelled after the French style, Film d’art (art film).

During the Stalinist ‘Cultural Revolution’, Stalinists recognized films made for powerful tools of propaganda. In the 1930s Russia, films made during that period were increasingly censored and rigidly scripted.

Towards the 1940s, when the Soviet Union became more technologically self-sufficient, the Russians were able to produce their own films.

A bureaucratic relaxing took place after Stalin’s death in 1953, thus creating a ‘thaw’ in censorship of the arts in the Soviet Union. Soviet filmmakers were given a freer hand to film what they believed audiences wanted to see in their film’s characters and stories. The generation after Stalin’s rule saw the emergence of world-famous Russian filmmakers like Andrei Tarkovsky and Andrei Konchalovsky.

Russia’s most famous directors and their works

When Nikita Mikhalkov studied acting at the Moscow Art Theater as a student, he would never have thought that he would be dubbed the ‘world’s most famous Russian director’ almost half a century later.

Mikhalkov with Russian President Vladimir Putin on the set of the movie Burnt by the Sun 2. (Photo: Wikipedia)

An accomplished actor and director, Mikhalkov was born into the artistic Mikhalkov family in Moscow. Having a children’s literature writer for a father and a poet for a mother, Mikhalkov soon found his calling in filmmaking when he entered VGIK, the state film school in Moscow.

Having directed over 20 movies, Mikhalkov’s most famous work so far is the film ‘Burnt by the Sun’. The film tells the story of a senior Red Army officer and his family during the 1930s in the Stalinist Soviet Union. The film depicts the moral dilemmas that everyone in the Stalinist era faced, about the disloyalty of tyrants, the dangerous double meaning of every situation and every innocent phrase. It is about how even the best people in Russia wound up in the camps, and those who parted with their families might never see them again. 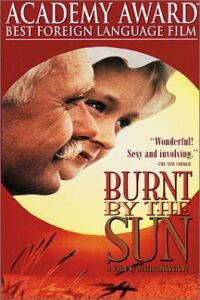 The film will go on to earn Mikhalkov worldwide fame. It bagged the 67th Academy Award for Best Foreign Language Film and the Grand Prize at the 1994 Cannes Film Festival, amongst many other awards.

Mention the word ‘animation’, and modern technology like 3D computer graphics and digital movie cameras immediately pops into mind. Back in the late 1990’s however, animation filmmaker Aleksandr Petrov opted for a more unconventional method.

Petrov decided to adapt Ernest Hemingway’s novel ‘The Old Man and the Sea’ into a 20 minute animation of his own making. What made this short film stand out was that it is entirely made by painting pastel oil on glass. Using a mixture of his own fingertips and brushes, Petrov painstakingly painted different glass sheets and layered them on top of one another, in order to give his paintings ‘depth’. This is a technique mastered by only a handful of animators in the world. It took Petrov over two years, from March 1997 to April 1999, to complete painting each of the 29,000 frames used in the film. 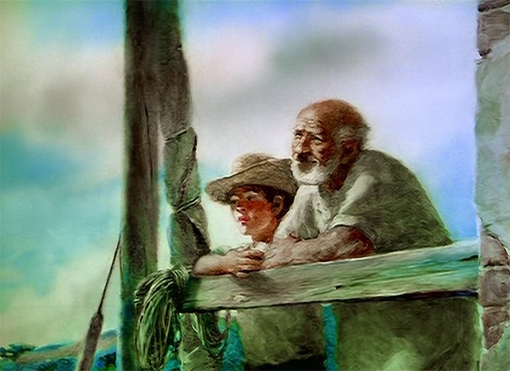 The Old Man and the Sea. (Photo: http://www.animationmagazine.net)

The shootwas done by a motion-control camera system, used together with an IMAX camera and a video-assisted camera.

‘The Old Man and the Sea’ was highly acclaimed and brought in many accolades for Petrov , amongst which is the 72nd Academy Award for Animated Short Film.

Petrov’s animation style is best described as ‘romantic realism’. This term is used to describe art forms which combines the elements of romanticism and realism. Petrov’s signature style can be seen in many of his films, where he portrays his characters in a very realistic fashion, yet attempts to bring out his character’s inner thoughts and aspirations in a dream-like manner. 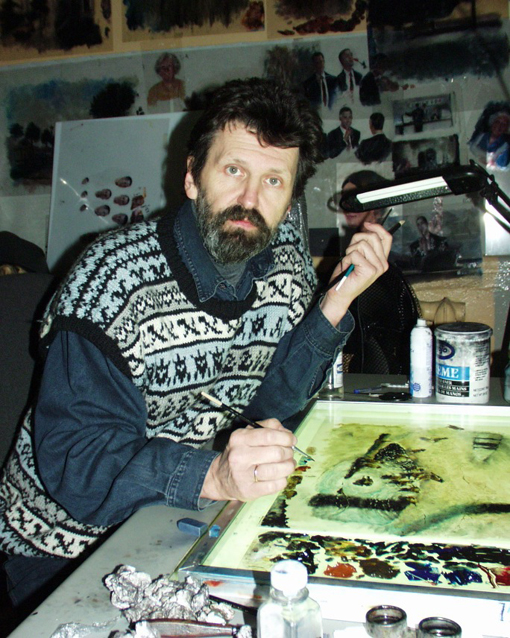 Bringing the Russian cinema to the world

When it comes to promoting their films, Russia is going beyond all borders.

The upcoming Russian-Chinese film ‘Viy 2’ is an example of a Russia-China collaboration in the film world, not just for the production of the movie, but in terms of storyline as well. The plot involves both Russian and Chinese legends, where the Slavic myth of Viy, a demonic entity, intertwines with the Chinese myths of dragons. The film is also a joint production of Russian Film Group and their Chinese partner, JCE Movies Ltd.

According to Russian Film Group producer Alexey Petrukin, he states that with ‘Viy 2’, the movie aims to promote not just the Russian cinema, but Russian culture as a whole to the world.

“We also want to show the great culture and history of China, the long-standing friendly and economic relations between our two nations,” Petrukin added. “It is an international movie all around.” 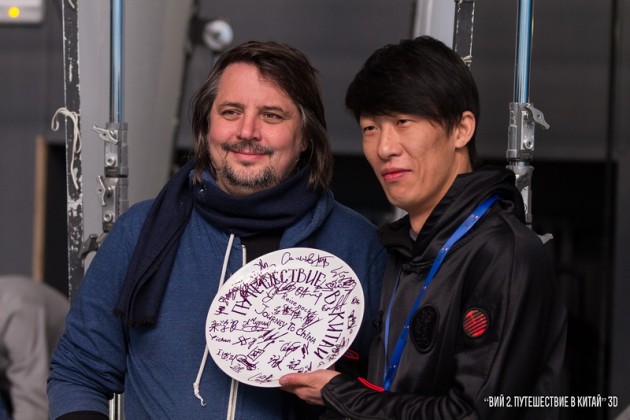 With the release of ‘Viy 2’ sometime during the autumn of 2016, producers are hoping that the film can be simultaneously released in both Russia and China.

Moving beyond China, Russia have also made plans with their western counterparts. Russia has collaborated with France in the field of cinema, as reported by the Year of the Russian Cinema’s official website.

With their pasts success, proper preparation for the ‘Year of Russian cinema’ and Russian movies looking to expand beyond their country, it’s safe to say that the Russian film industry is slowly but surely moving forwards – definitely a force to be reckoned with in the film world.