Mike: Hello! I am a Year 3 student from the Faculty of Mechanical Engineering at the National University of Singapore (NUS). Dali and I met at an orientation camp back in summer before my second year in university, and we have been awesome friends since. We will be touring South Korea together for two weeks when his semester in Seoul ends. 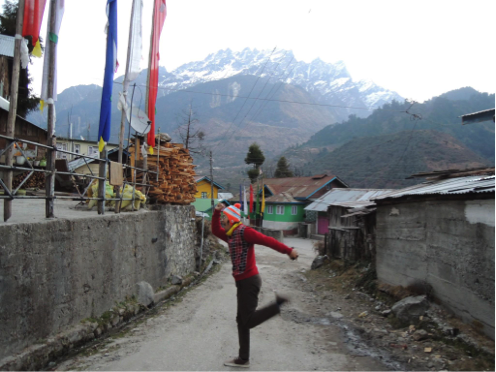 Mike: That’s me in Lachung-Sikkim, India.

Dali: 안녕하세요 (Annyeonghaseyo, or hello, in Korean)! I am Dali, and like Mike, I am a Year 3 Mechanical Engineering student from NUS. Mike is a boring guy, and probably the only interesting thing about him is that he is my friend! 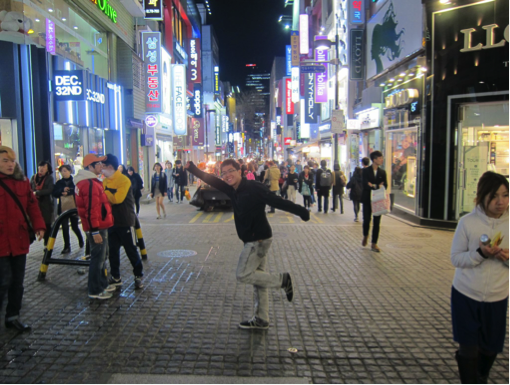 Dali: That’s me in the same pose, in Myeodong, Seoul!

My love and interest for Korean music, dramas and variety shows was the main reason why I signed up for the Korean Language Preparation Programme in NUS, which allowed me to study the Korean language for four semesters before sending me on a Student Exchange

Programme (SEP). So naturally, I chose a Korean university and was eventually allocated a place at the Seoul National University (SNU).

SNU is part of what the Koreans call the “SKY” Universities. “SKY” is abbreviated from the initials of the three most prestigious universities in Korea, namely: Seoul National University, Korea University and Yonsei University. Parents here take great pride in their children when they are admitted into one of these three universities, so much so that they will help their children move into their dormitories and clean their rooms

before the semester starts!

Mike: So, where do we begin…

Well, things are very different at the Indian Institute of Technology Guwahati (IITG). For starters, lessons can be divided into one-hour sessions. Classes typically last for 55 minutes, with a short 5-minute break for students to grab a quick bite or go to the toilet. Lessons from different modules are arranged back-to-back to minimise the number of “free” periods in between. Class schedules here are fixed, unlike in NUS, where students are free to choose their own lecture and tutorial slots. Students here attend about 4 hours of lessons each day on average.

Dali: It’s quite different at SNU! We have many options to choose our classes from, but because we are encouraged to take classes conducted in English, our choices are limited. Most of the modules at SNU have a total of 3 contact hours per week. Lessons can either be split into two 90-minute, or one 3-hour session. There are no breaks for the 90-minute lessons, though they typically end 15 minutes earlier. It can get very tiring when we have consecutive 90-minute lessons.

Mike: Yeah, me too. But if I feel very tired, I will head back to my hostel for a nap! My timetable is quite different from the local students. As an exchange student, I take a mixture of Year 2 and 3 modules, and so there are three out of five days where I have long breaks (one to three hours) between my lessons. Usually, during my breaks, I will go to the library to take a nap or do some readings, or go to the cafes to eat and chill.

Dali: Lucky you! Unlike you, I don’t have long breaks. My short breaks let me grab a quick bite at most. You know, there are more than 15 cafeterias at my school, and that’s excluding all the fast food restaurants here. 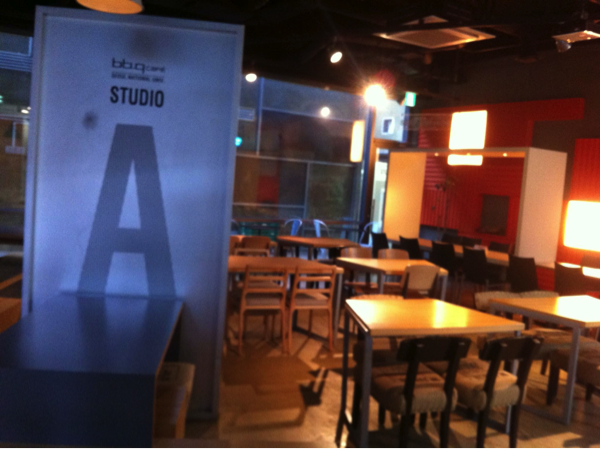 Dali: Here’s one of the cafeterias at SNU

Mike: Looks nice! Dali, how do you go to school? You know, students here cycle to school but since I don’t have a bike, I walk twenty minutes to school everyday. 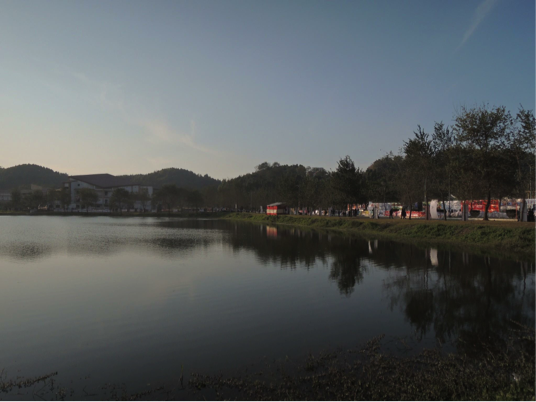 Dali: My dormitory is situated on my school campus so it is fairly convenient for me to get to school. I say fairly, because the engineering faculty is located very far away from the main campus and up a very steep slope! And even though the shuttle bus service that goes to the engineering campus comes pretty frequently in the morning, it only comes once every half hour in the afternoons. We get no love seriously…

Here I have a map of my school’s campus. The student dormitories are circled in yellow, the black circle indicates the shuttle bus route, whereas the buildings circled in red belongs to the engineering faculty. It’s so far away! 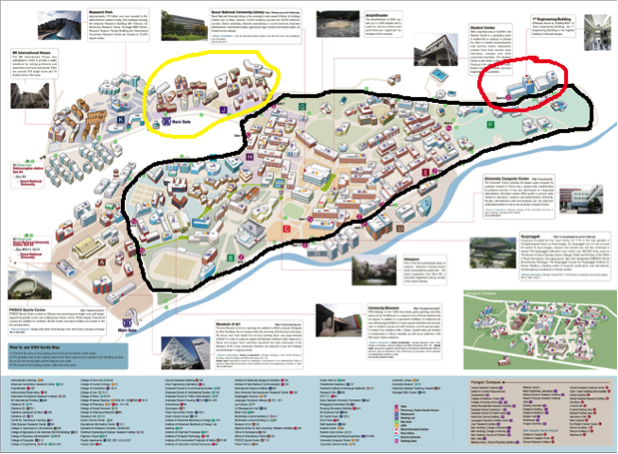 Mike: Oh, did you know that the hostels here are separated into different categories, such as males, females and married couples, and are named after the rivers in India such as Manas, Kameng, Brahmaputra, Barak, etc? It’s so different compared to the hostels at NUS, where males and females live only on separate floors.

It is pretty apparent here that there is not much social interaction between the two genders, which I think can probably be attributed to the drastic ratio of females to males. I estimate it to be 1:10. There are only two girls in my faculty! It’s a pity, because hostel life would have been a good way to enhance interaction.

You know, I was very pleasantly surprised when I realised that bidding here was not as competitive as I had imagined. I managed to get all the modules that I wanted. Or maybe it was just because they were just engineering modules…

Registering for modules at SNU is somewhat similar to NUS. It is done online and has many rounds. However, unlike NUS, the bidding at SNU operates on a fastest-fingers-first system. The bidding period officially started at 7a.m. – such ungodly hours!

For me, it was more of a manual registration process at IITG.

Before the start of every semester, students are required to fill in hard copies of course registration forms and submit them to the academic office. Course information can be found on the school’s website. There are designated submission dates for the forms and students will be fined for late submissions.

They are very strict here, honestly. Back in NUS, I can probably munch on McDonalds and surf the Internet and use my mobile phone, but at IITG, I have to behave like an obedient and attentive student. Mobile usage and food are completely not allowed during lessons. Initially, I wasn’t aware of such a rule and my lecturer drove me out of the class! I think I will probably be inducted into NUS’ Hall of Fame for being the first NUS student on exchange to be driven out of class. (laughs)

Also, Internet use at the hostels is only allowed between 5pm and 2am. Although, however, if there is a need, students can access the Internet from the computer centre. They do this to discourage students from skipping classes.

Dali: That’s really strict and restrictive. Actually, it’s quite strict at SNU too, I must say, but only when it comes to attendance and addressing our lecturers and professors.

Korean universities view student attendance very seriously. Students will fail a class if he or she misses 3 lessons or more. Furthermore, being late for a class for three times translates to you missing one class! I have already missed two classes and was late for one class for one of my modules…

Mike: It’s almost the same here, but stricter I think. At IITG, attendance of more than 75% is required for each course, otherwise students will be given a ‘F’ grade. I have heard of cases whereby Professors pass their students who are at the borderline of failing just because they do not skip classes, which is an indication of a good attitude towards learning. Professors here are also highly respected by their students.

Dali: Yeah, professors here are also held in very high regard and are always spoken to in honorific speech. In the Korean Language, there are certain words and sentence structures that have to be modified according whom you’re speaking to, and it’s different for your friends and professors.

Mike: One gripe I have about the system here is that unlike NUS, IITG has no reading weeks to allow students to prepare for their mid and final semester exams. Examinations follow immediately after the last week of lessons, which means that last minute mugging is not possible! (groans) It could be the reason why I did badly for my mid-terms here because I was so unprepared.

Dali: How are you assessed at IITG? We have a lot of continuous assessments here, whereas I’m very much used to the NUS system of one assessment, that is the final examination taking up 80% of our total grade. It could be the reason why students here are so much more disciplined in their studies and listen more attentively in class than us.

Mike: IITG’s grading system is similar to NUS – how well you do depends on how well the cohort performs. There are the usual assessment components – the assignments, quizzes, mid-semester and final semester exams. 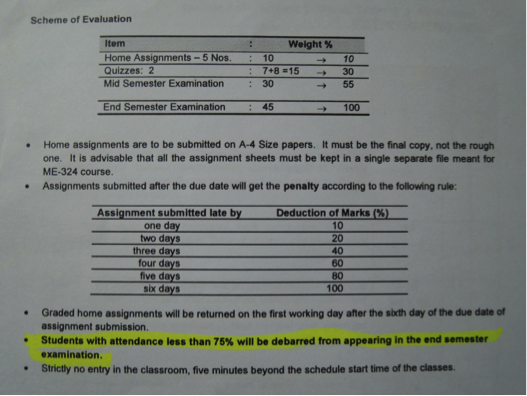 Mike: the grading criteria for one of my modules

My classmates here are very helpful and friendly. Sometimes, I find it difficult making out what my professors are saying because their accents are very heavy, so they help me to translate! The people in IITG are proficient in English, so there is not much difficulty communicating. They also provide very good explanations for the difficult concepts I encounter.

Dali: My schoolmates are friendly too, but they mostly converse in Korean. While they are required to take an English proficiency test before they enter SNU, most of them are more comfortable with their native language. 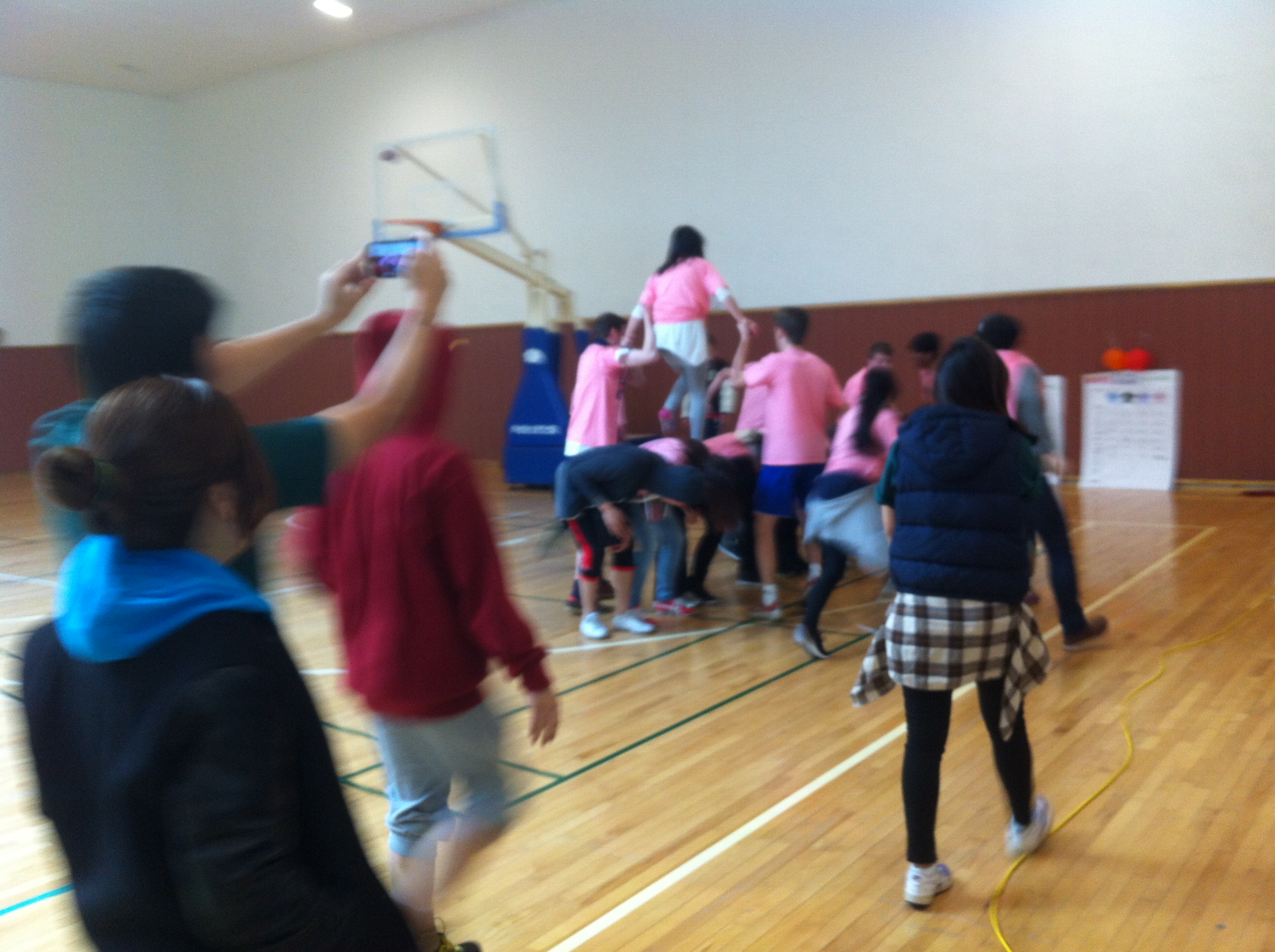 Most of them take modules in English because it’s the university’s requirement. Professors also receive higher pay if they conduct modules in English. However, if classes conducted in English have no foreign exchange students enrolled, professors will conduct them in Korean instead.

Mike: Speaking about languages, because I don’t speak Hindi and many of the food vendors and hostel staff do not know English, I would usually convey the keywords of the message using hand signals and body movements. It can be quite funny sometimes! Anyway, thankfully, I now have a Hindi guidebook to help me out.