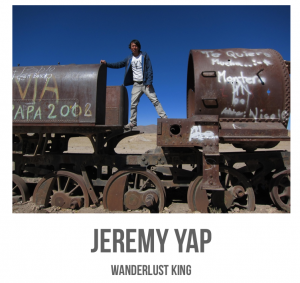 Editor’s Note: Jeremy Yap, traveller/writer extraordinaire, has unfortunately left the GoBeyond team in pursuit of a brand new adventure. But fret not loyal fans, Jeremy has a word or two (or three) for you guys before he officially checks out of the building. 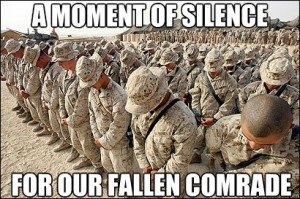 I went in there thinking all I’ll have to do is regurgitate my stories of my time in Chile and that of Latin America but I was wrong. I’ve learned so much more, especially from my fellow interns. For instance, Andre who’s a student at the Wee Kim Wee School of Communications at Nanyang Technological University gave me plenty of pointers on how to use Adobe Photoshop to which I had no prior knowledge of. I was given the freedom to create my own photo campaigns and I’ve learned how fonts play an important role in design (yes, I was a design noob prior to all these so please don’t look down on me).

It was also great that I’ve managed to implement my own little ideas into the portal, such as creating the ‘Initiatives by Singaporeans’ page which showcase the amazing stories that we Singaporeans are capable of. I was also able to work with others in creating new outlets to reach out to our audiences, such as the Top 10 lists that we are coming up with. The article ‘Top 10 Currencies in the Emerging Markets’ which I wrote actually managed to gather 2000 reads!! I wonder who these people are but thanks for taking the time to read my little article 🙂

It was also great that we had a room for ourselves and were given free reign on how we would like to redecorate the room. So being the new batch of interns, we decided to bring in the new and remove the old. We brought down a map of the world that the old interns had placed on the ceiling and instead, pinning it to our side wall which became our ‘I have been to’ map pin site. So what we did was to place coloured pins on places in the world we’ve been to before and to our surprise, we have most of the world covered except… AFRICA! Well, maybe there will be someone in the new batch who might conquer that continent for us.

Personally, I do want to visit Africa in the near future, especially after editing the stories of Elizabeth Fong, who created the African Specialist catering to luxury African tours and how they discovered the love of the continent. In addition to reading through past articles about Wanfong NGO initiative to Ghana and that of the Kenyan Riders. I guess, there are Singaporeans out there who are brave and not just driven by money which I found really heartening.

Lastly, as all websites or portals, we are aiming to improve upon what we got now and I was happy to have been involved in the initiate planning process that will hopefully lead to an all new GoBeyond.SG Version 3!

I’ll also like to give a shout out to the GoBeyond.Sg team because we are always evolving and I have to say, I had a fun time thrashing out our ideas, bouncing them around and eventually, settling on a framework to work upon.

So yup, if there anyone out there who’s interested in contributing or helping us out! Please do!:) We are an open team and you will be guaranteed that your ideas will be heard and (if it’s good), implemented 🙂

Editor’s Note: We’re currently looking for folks of all shapes and sizes to carry on the great work Jeremy has done for GoBeyond.SG. If you’d like to join our team as a full time Content Producer, do drop us a note at catchus@gobeyond.sg