Poet Henry Wadsworth Longfellow once said, “Music is the universal language of all mankind.” you can communicate across cultural and linguistic boundaries in ways that you can’t with ordinary languages. For example, you don’t actually have to understand Punjabi to enjoy Bhangra. Music brings people from all cultures and backgrounds all over the world together. We’ve put together a short list of cool and quirky music festivals that you definitely won’t be able to experience in Singapore. Scroll down to check them out! 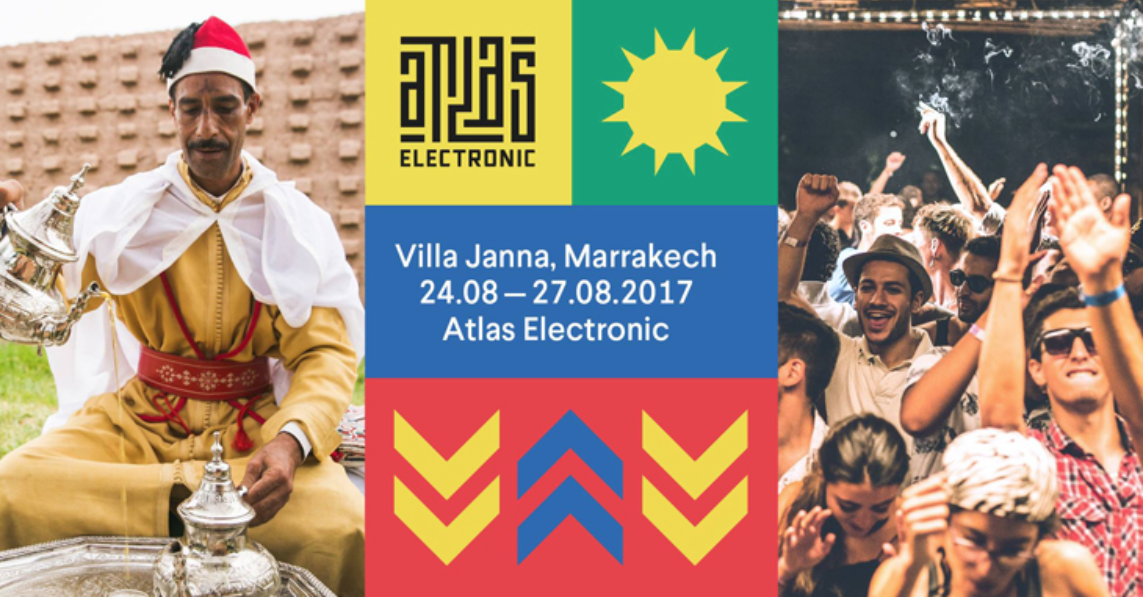 Atlas Electronic Music and Arts Festival is a one of a kind four day celebration of Music, Arts and Culture that brings together people from all over the world in an intimate setting. Local and international artistes of different elements will be playing their best tunes over the four day event. The intention of the festival is to create a space for like hearted people to enjoy the best of both worlds. The party is held in the outskirts of Marrakech’ palm tree studded deserts at the award-winning ecolodge, Villa Janna.

It is encouraged to ‘take all freedom to experiment, teach, inspire and be inspired’. Have the time of your life and go dancing under the moon, the stars, or the clear blue sky (in the desert!). 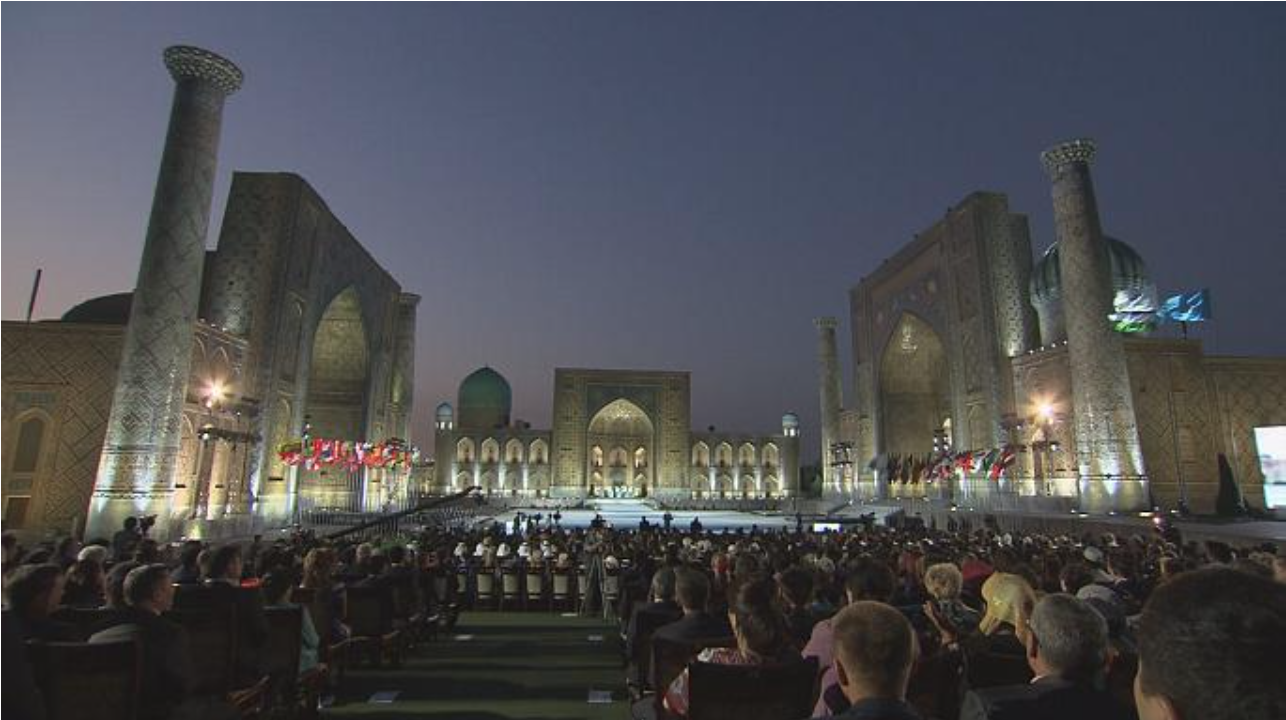 Sharq Taronalari is one of Central Asia’s most exciting and largest cultural events. The event is held every other year at the historical Registan Square. The first festival took place in 1997 and featured acts from 31 different countries. Now, this gorgeous celebration brings together hundreds of talented singer, dancers and musicians representing over 50 countries from all over the world. With a plethora of different cultures to immerse yourself in, this festival will definitely be a great all-rounded experience for you! 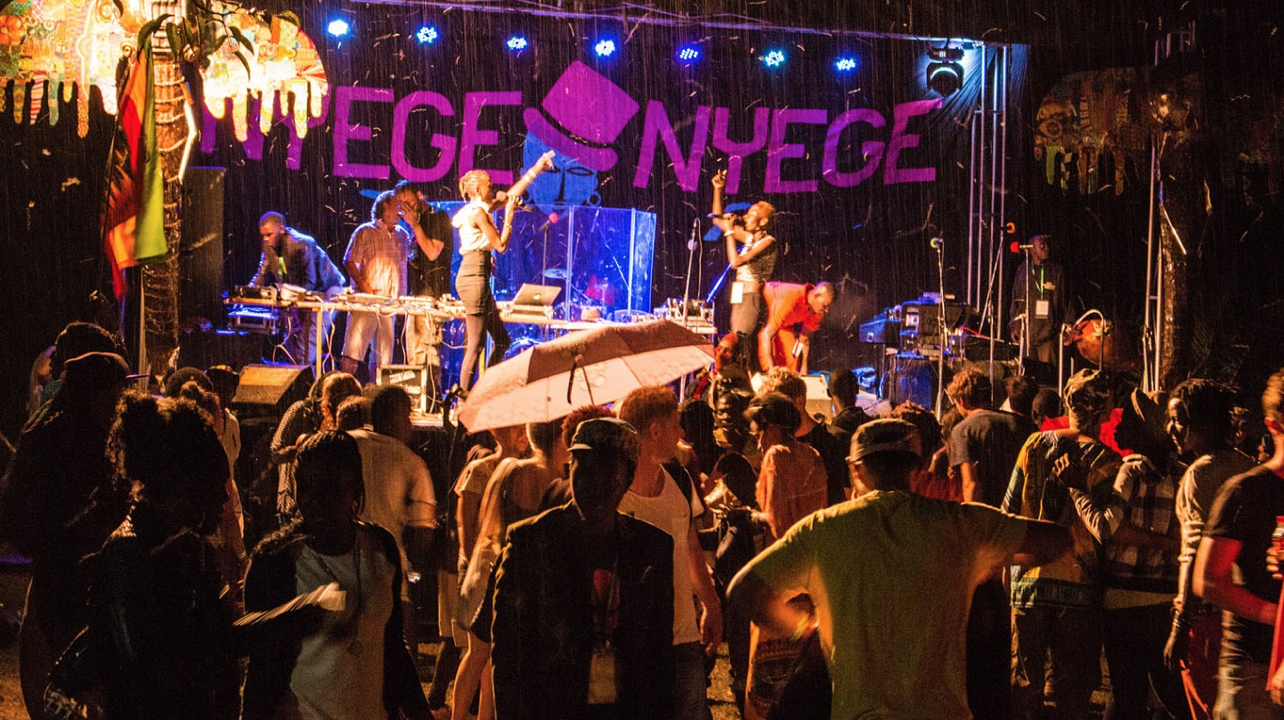 Nyege Nyege is Swahili for ‘an uncontrollable urge to move, shake or dance’. Expect a melting pot of musical genres that mixes traditional rhythms and modern electronics like, the balani (a percussive, high-energy party music from Mali), the kwaito (a house music subgenre from South Africa), the kuduro (uptempo Angolan dance music with a tropical vibe), Ugandan dancehall, and much more. The music and art at Nyege Nyege is geared towards the avant-garde and experimental styles, with a fusion of modern and traditional beats that will definitely get your body grooving for sure!

If you’re not too familiar with African music, Nyege Nyege’s eclectic curation can be an eye-opening spectacle. Even if you are a frequent festival-goer, this event also features a series of film screenings with a rare selection of documentaries about Africa’s musical legacy! 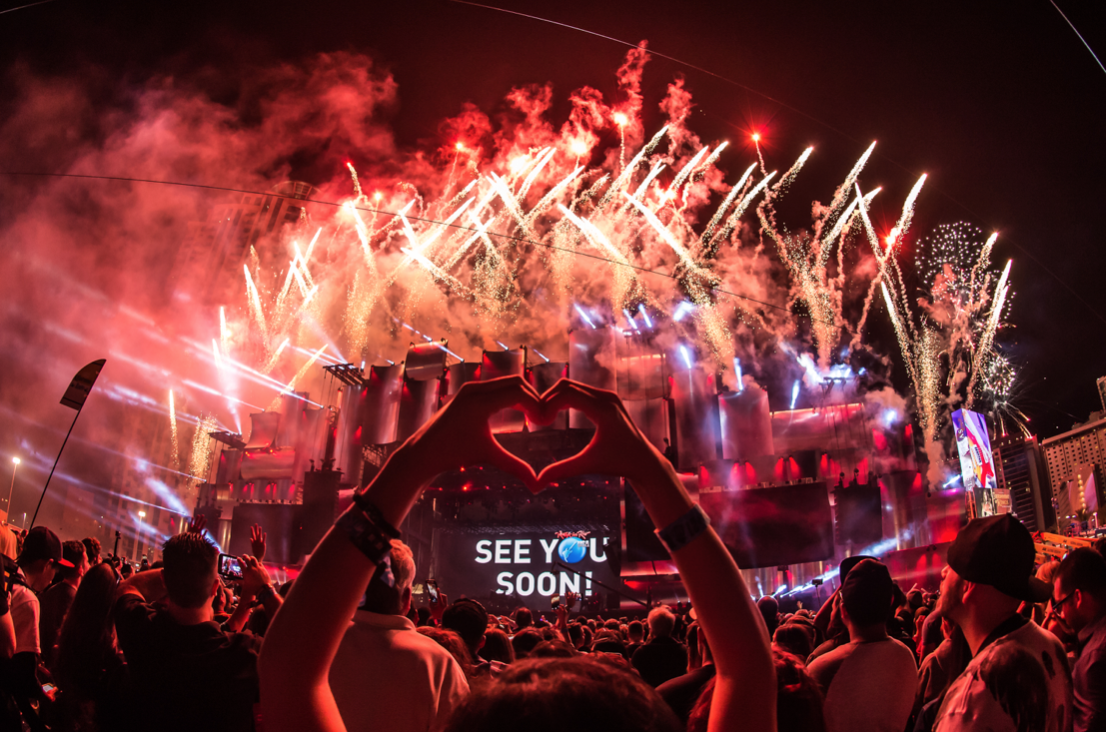 Festival Heaven for: Rock-happy senhors and senhoras, individuals who believe in building a Better World.

Rock in Rio features amazing music from both local and international acts. Headlining acts like Guns and Roses, Justin Timberlake and Alicia Keys will all be there and performing at various stages at the venue, this definitely is not an event to be missed!

Beyond a music festival, Rock in Rio is also an active movement that aims to transform the planet into a ‘Better World’, by encouraging pro-social, environmental and cultural causes. Rock in Rio is a communication channel of emotions and causes, which uses the power of music to bring people together to embark on a ‘Project for a Better World’.

In 2001, part of the income of the festival was also channeled to various social projects. Since then, over BRL 71 million has already been invested in social projects like the planting of 304 thousand trees, the construction of a school in Tanzania, the education of 3,200 young people in Elementary School in Rio and many more. 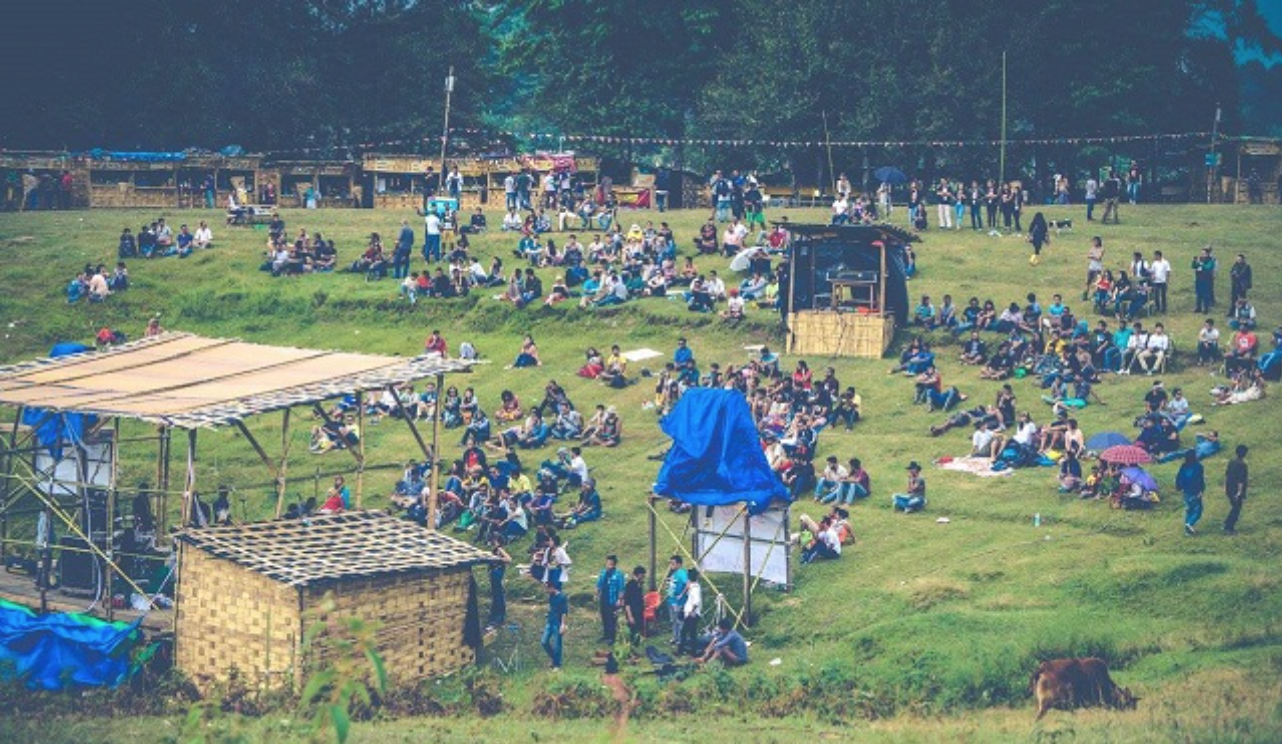 Ziro Festival of Music is described as one of the greatest overnight outdoor music festivals in India and is definitely offers an all-rounded experience. It is held in the tinsel town of Ziro where the Apatani Tribal people reside. In fact, the event is entire organized and run by the Apatani people themselves. Though the location requires a short trek to the little town of Ziro atop the hills, the festival still attracts people from all across the world. The surrounding rice fields are said to be so mesmerizing that you will overshadow any fatigue from the short hike. (You may even get to learn how to catch fish in these hypnotic rice fields with your bare hands!). The festival showcases the independent music scene of India and has featured artists like Lee Ronald, Steve Shelly and Barber Boys among others. Imagine sitting on a hill with your friends and chilling out to good music and lush greenery, with opportunity to interact with the friendly locals. Sounds like an ideal experience to me! 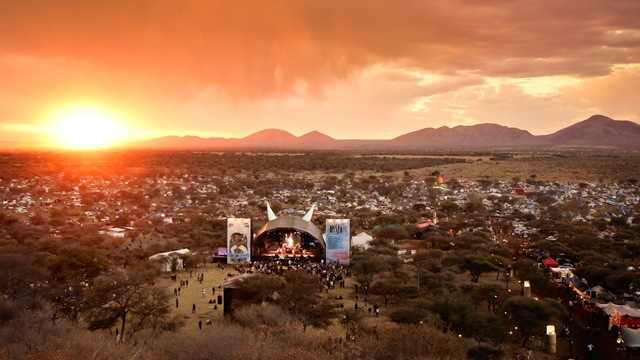 Festival Heaven for: Lovers of all music, Happy campers

“OppiKoppi” is a colloquial abbreviation of the African phrase “op die koppie”, which literally means “on the hill”. The festival got its name precisely because it is held in the hilly Limpopo Province of South Africa. The camping area for festival goers is at the foot of a hill and at the top are the performance stages and a bar. Oppikoppi was first held at a small bar in 1994 for a crowd of a few hundred. The festival has grown substantially since the addition of many new stages and thousands of people turning up each year. The festival is regarded by some to have played a key role in jump-starting the South African rock music movement in the late 90’s.

The festival started off focusing mainly on rock music but has now added more genres. OppiKoppi now plays host to roughly 160 sets of international and South African music and entertainment acts of all genres including rock, hip hop, hardcore, punk, ska, folk, blues, drum ‘n bass, big beats, kwaito, jazz, funk, traditional, world music, comedy, metal, indie, house and other genres. If you’re ever in South Africa at the right time, you definitely have to check it out especially as it has been ranked the 4th best music festival!

World Creole Music Festival was created as a world class platform for the indigenous Dominican music. The Festival has now become a renowned staple on the regional music gala calendar and is organised over three enthralling evenings beginning on the last Friday of October each year. Patrons are treated to a plethora of celebrities from the Caribbean, French Antilles, Africa and North America regions. The festival is arranged to thrill the seasoned festival goer and novice alike.

The festival has given special focus to musical genres with its roots in various forms of musical fusion from various countries from the Creole-speaking world. To date, musical types which have gained exposure at the festival include Cadence-lypso, Kompa, Zouk, Soukous, Bouyon and Zydeco.

We are already planning our next adventure overseas and will definitely include a music festival! It is hard to make decision, whether Central Asia, Latin America, South Asia or Africa when there are festivals happening every month in all of these continents! We invite you to join us as we GoBeyond and groove to the music with communities from all around the world!