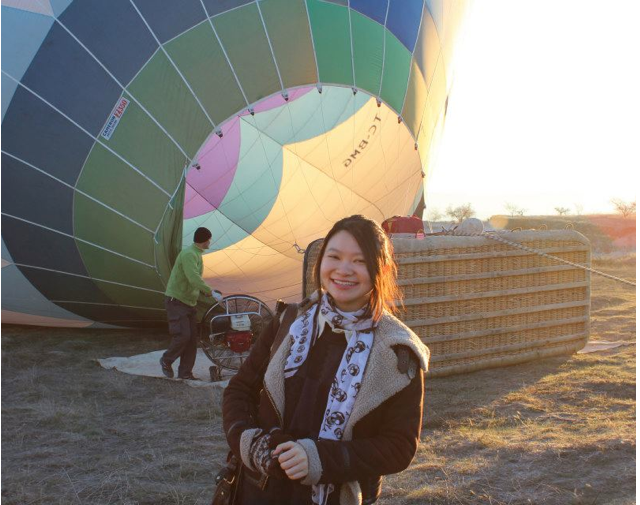 It is almost the end of April, my colleague Rachel has suggested repeatedly that I visit Musandam, the Omani exclave that juts into the Strait of Hormuz and is famous for dolphins and diving. 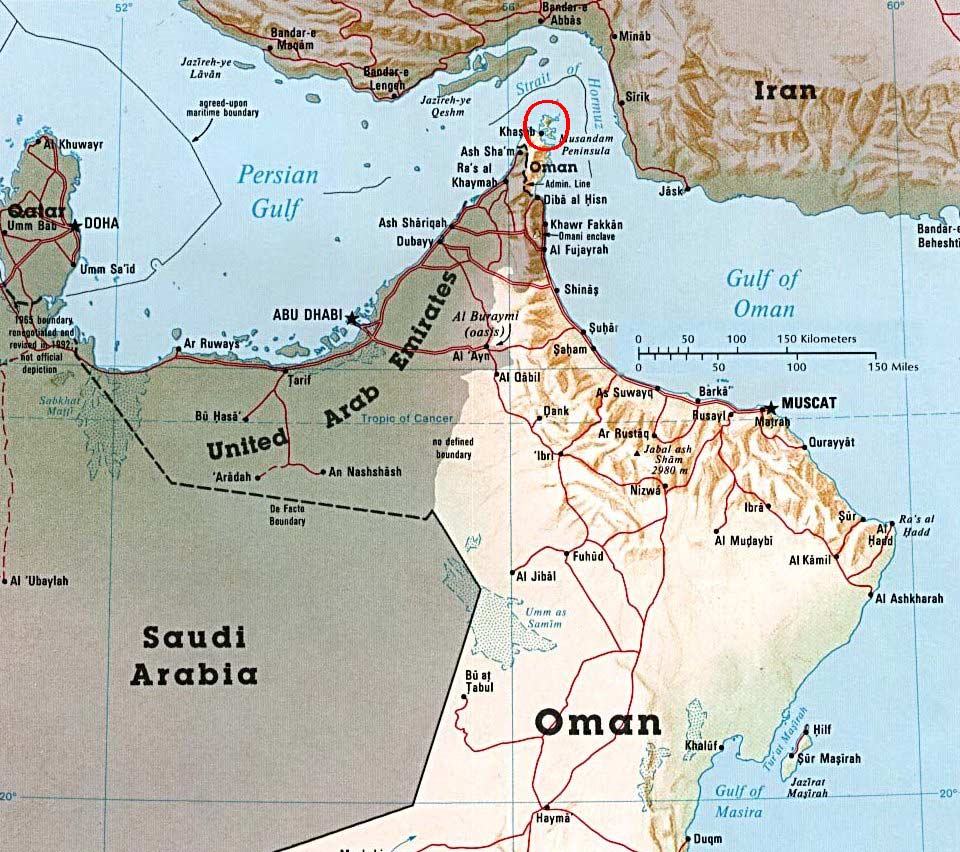 So far I have staved off trans-border travel (in university I had time but no money; now I have money but no time) in favour of exploring Dubai’s nooks and crannies. But the last free Friday before I have to start my weekend driving lessons is approaching, so I spontaneously book a spot on a tour to Musandam with Rayna Tours. A bus will pick me up from Dubai, drive through the mountains of Sharjah and Fujairah, and take me to Dibba in Musandam, where a cruise on a traditional dhow around the Omani fjords awaits. 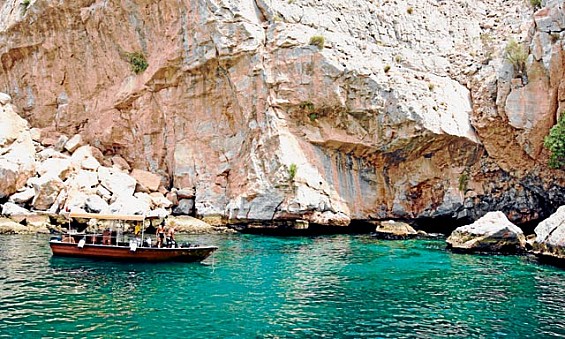 The tour bus picks me up at 7 and I fall asleep as it makes its rounds around Dubai. We stopped for a hot and dusty toilet break at the Masafi Friday market, which like all tourist traps that are situated strategically in the middle of long bus routes, is full of overpriced souvenirs. Afghan and Pakistani shopkeepers hawk their wares aggressively – thick and luxurious carpets, earthenware jars with long curving handles, and carved wooden camels with miniature leather bridles, all “hand made”. 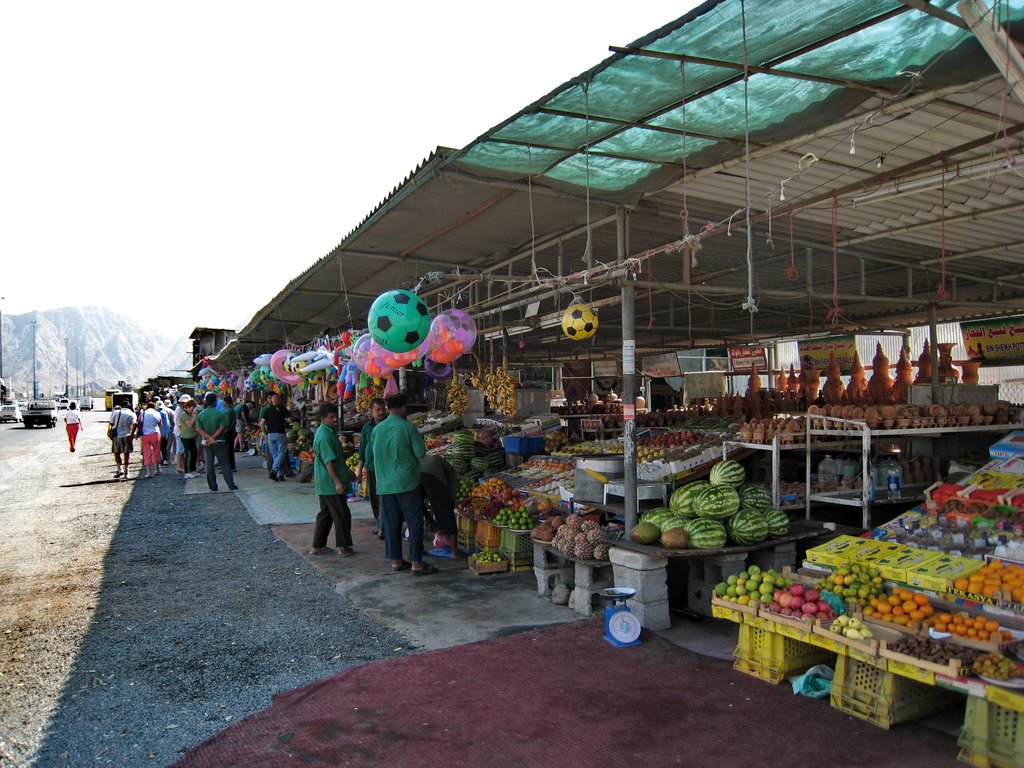 Ten minutes later, we are rumbling off again against the rocky backdrop of the Hajjar. The caramel-coloured mountains of Dibba fold us in gently like rivers of stone. We weave through them to reach the Omani border, joining the long queue of vehicles seeking entry to Musandam.

After simmering under the afternoon sun for about forty minutes, our bus driver abruptly leaves the queue. He stops in an unshaded car park, and disembarks to chat with his friends on a street corner. Confused but trusting of a tour company with a 4.5-circle rating on TripAdvisor, we wait in the bus, sweating quietly.

There are 3 residents of Dubai amongst the hot and bothered tourists on the bus. A Russian man whose parents have come to see him for the weekend, a Canadian lady with two female friends who are visiting the UAE for the first time, and I. We take turns calling Rayna Tours, alternately making threats, pleading, and cajoling.

It turns out that the bus we are in is not authorised to cross the border, and Rayna is sending another with the necessary papers. The times that the tour company tells us we will have to wait vary wildly. At 11.50 I am told the new bus will arrive in ten minutes. At noon the Russian man is told it will take half an hour. The Canadian lady, who has made the trip to Musandam twice before, is worried. “The boats out to the bay all leave at one,” she tell us.

Tempers begin to fray as we sit, impatient, hungry, and hot, in the stationary bus. Everyone is talking heatedly (literally) among themselves in their respective languages. A few people try to press the driver to let us tompang the other buses crossing the border, but he only shakes his head. “I’m a lawyer! I will go after their trade license,” threatens the Canadian woman. “These people are very narrow-minded,” she says to me. “Very narrow-minded.”

By this point, we have been waiting in the car park for well over an hour, and I desperately need to use the bathroom. The full weight of summer is almost upon the Emirates, and the flies hang low and heavy in the dry heat. Dibba is a ghost town, and the bus driver, looking miserable, merely shakes his head when I ask him despairingly in Arabic if there are any restaurants, schools, or banks where can I duck into a public toilet. Eventually we troop from door to door, and my bladder finds refuge in a kind Indian woman’s house.

As I thank her, the new bus arrives at last, and we re-enter the border queue. Forty-five minutes later, we reach the checkpoint only to discover that the Canadian woman’s prophecy has come true. The dhows have all left, and we are stranded on the shore.

Dejected and defeated, we return to the car park to place angry calls to Rayna Tours. They promise us a speedboat to catch up to the departed dhows, and the bus driver returns to the end of the queue.

There is a collective “NO!!!” as he does so. “Go to the front of the line!” shouts the Canadian woman. Her friends agree with her, and the rest of the bus joins in the chorus of dissent. “Get down from the bus, and come with me, and we’ll talk to them,” she tells the driver, and makes him let her out of the bus.

As soon as she has stepped onto the road, the bus driver snaps. He grabs the steering wheel and veers away from the row of vehicles at an angle so sharp that the bus tilts to the side, driving at a speed dangerously unsuitable for the narrow strip of dirt between road and ocean.  The passengers scream. Curses in several different languages erupt from all corners of the bus.

The driver comes to a stop in the same dusty car park where we were confined all morning. He opens the door and orders us all to get out. “I WILL CALL THE POLICE!” bellows the Russian man. He turns to me. “What’s the number for the police?”  he whispers.

“999,” I say faintly, still reeling in shock. One of the Canadian woman’s friends attempts to placate the driver while the rest of us debate whether it is worth it to attempt the crossing again when more than half the day has flown by, and whether to take the tour company at their word at all. I call Rayna and am reassured that we will be able to get on a speedboat in ten minutes.

“Ten minutes? I’ve heard that one before,” I mutter, frustrated by the empty promises and unapologetic customer service we’ve been met with all day. The bus laughs mirthlessly when they hear this. We stew in the heat until it becomes evident that there is to be no speedboat, no lunch, and definitely no dolphins, and finally we demand to go home.

The bus full of tourists is quiet, if not calm, as we return to Dubai. It’s been an exhausting morning. I swallow my disappointment and try to nap, having squandered my last free Friday before my driving lessons begin.