For Felicia Lim, that seems to be the case. Her relationship with Juan, her significant other, first blossomed during a university exchange programme.  Unfortunately, it proved difficult to maintain when they had to return to their respective countries – Singapore for her, Argentina for him.
GoBeyondSG managed to catch up with Felicia to find out more about her life in Argentina. 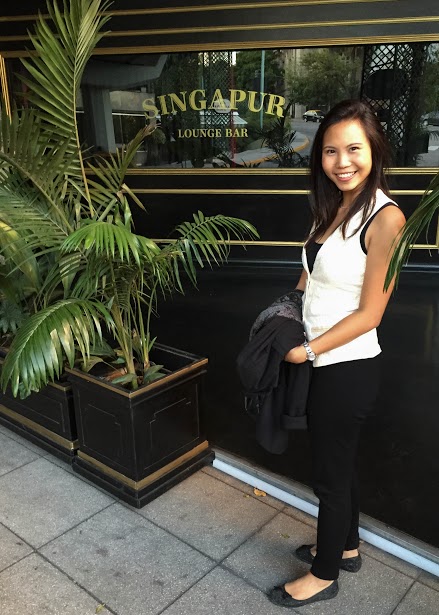 “The start is always the hardest.”
Long-distance relationships are not an easy feat. Being 30 hours apart by plane and only able to meet each other once every 5 months, Felicia and Juan knew they had to take a big step forward if their relationship was to go anywhere. With only a basic command of Spanish and a few essential belongings in hand, then 24 year old Felicia took a leap of faith. In April 2010, she bought a one way ticket to settle in Buenos Aires, Argentina.

One is bound to struggle when he or she first settles down in a foreign country. When asked about her initial struggles relocating across the globe to South America, she highlighted how adjusting herself to the social scene there was the biggest hurdle. Since she only knew basic Spanish at that point of time, she was not able to engage much with the locals as her normal conversations with them would not go beyond food and the weather.

Felicia attended 2 hours of Spanish classes every single day and tried to mix with locals as much as possible. After 2 years of practice, she finally felt confident enough to hold a conversation in Spanish, make new friends as well as try new activities such as painting and cooking.

She also started Dish by Dish as a way for her to connect to other English speakers through her writing especially through her love for food. It is also a way for her family and friends back in Singapore to be updated about her life in Buenos Aires. She claimed that it is still a hobby, but slowly becoming something more than just that. Felicia has continued to adapt better to the way of life in Argentina since then, at ease to be by her charming partner’s side.

“Change is essential.”
We asked Felicia how different Argentina is as compared to Singapore, in terms of the working environment, Argentine locals and more. Felicia feels that it depends on the industry one is in. For corporate law or finance, people are usually quite on the ball but in general, the working culture in Argentina is a lot more relaxed compared to Singapore. Locals there are not as focused on climbing up the corporate ladder.

“Live the party, love the party, be the party.”
Argentines, particularly the Porteños (the people who live in Buenos Aires), are extremely opinionated about almost anything. They are also very knowledgeable about most things, from politics to the latest celebrity gossip. Anything is worthy of a celebration and is a good excuse to throw a party or drink to. 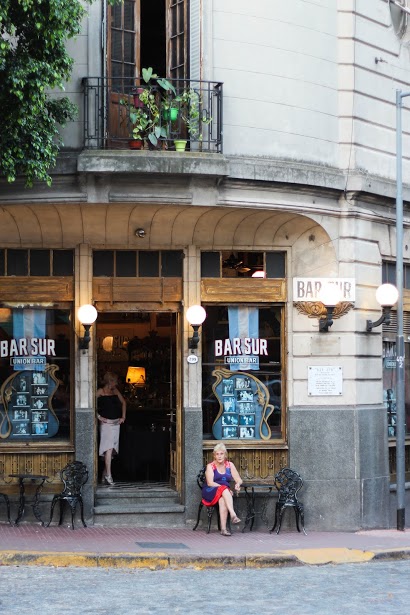 Nightlife at Bar Sur: A quaint space where you can unwind with your friends or partner with a Tango and live music show as entertainment.

In Singapore it is normal to start gathering at clubs by 11pm. However, in Argentina that’s the time when locals finish their dinner! Clubs are normally empty before 2am since Argentines prefer to have Previa (pre-drinks) at a friend’s apartment first before having a good time at the club. Dancing seems to be a shared common ground for Argentines and Felicia believes Latinos have it in their blood to dance well.

“I’ve made amazing friends in Buenos Aires – after 5 years of living here and making it my home, I’ve build a network of close friends that I am so grateful for. There are too many people to name; but the one thing that they all have in common is their warmth, honesty and genuine friendship.”

“Absence makes the heart grows fonder”
Apart from Malbec wine, Maradona and Messi, Argentina’s great quality of beef is probably one of the things it is more famous for. However, what quality it has in food, it lacks in variety and Felicia missed having the enormous variety of food that Singaporeans often take for granted.

When Felicia was still living in Singapore, she lived the East, a couple of bus stops away from Siglap. Whenever she misses home, she will contact her family members through Skype, WhatsApp or Facebook. If she’s in desperate need for comfort food, she would head over to the Barrio Chino (Chinatown) and tuck into a bowl of steaming hot wanton soup and fried rice. When there are Singaporean friends visiting in town, Felicia would meet up with them to catch up on news back home, and have the luxury of speaking Singlish without having to think in Spanish.

What to do, when you’re in Argentina?
One of the sights Argentina one should not miss is the El Ateneo bookstore. It used to be a grand theatre which is now reincarnated as three-storey bookstore as a haven for bookworms and also for those who appreciate elegant architecture. 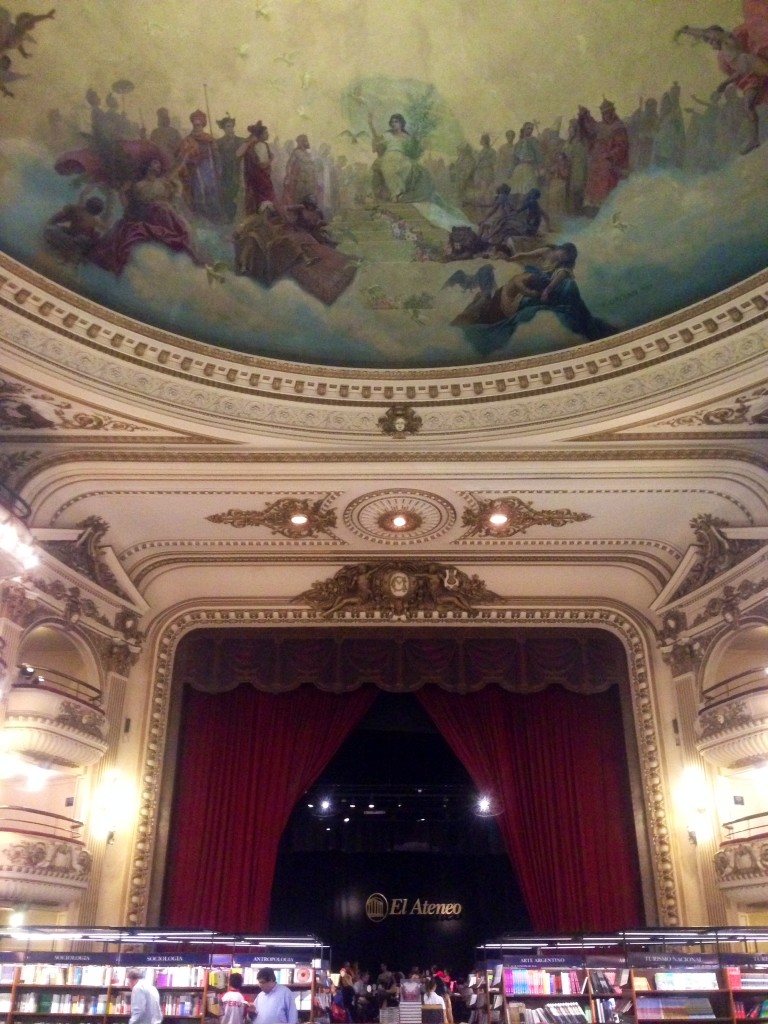 El Ateneo Grand Splendid: In 2008, The Guardian placed this bookstore as the second most beautiful bookshop in the world. Photo credit: Felicia Lim

There’s also the Teatro Colon, a beautiful theatre that has great acoustics. Other typical tourist attractions include walking along El Caminito in La Boca, checking out the weekend antique market in San Telmo, going to the Recoleta cemetery to see the graves of the rich and famous (such as Eva Peron). If you might want to visit Buenos Aires, here’s a peek of Buenos Aires, Argentina. 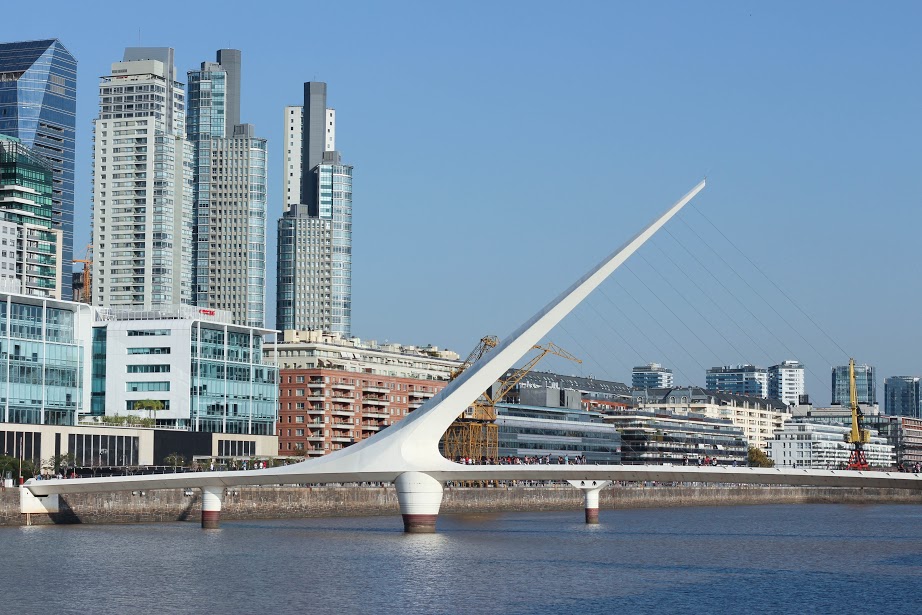 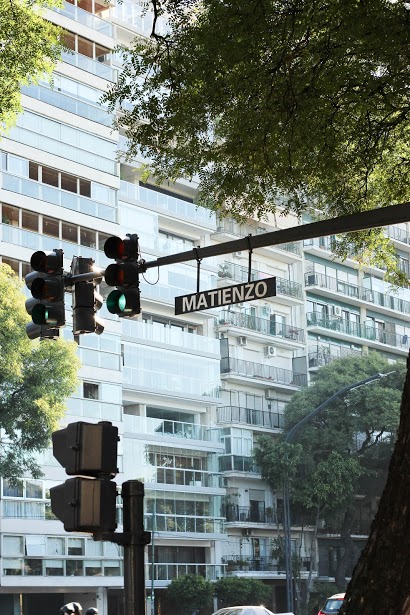 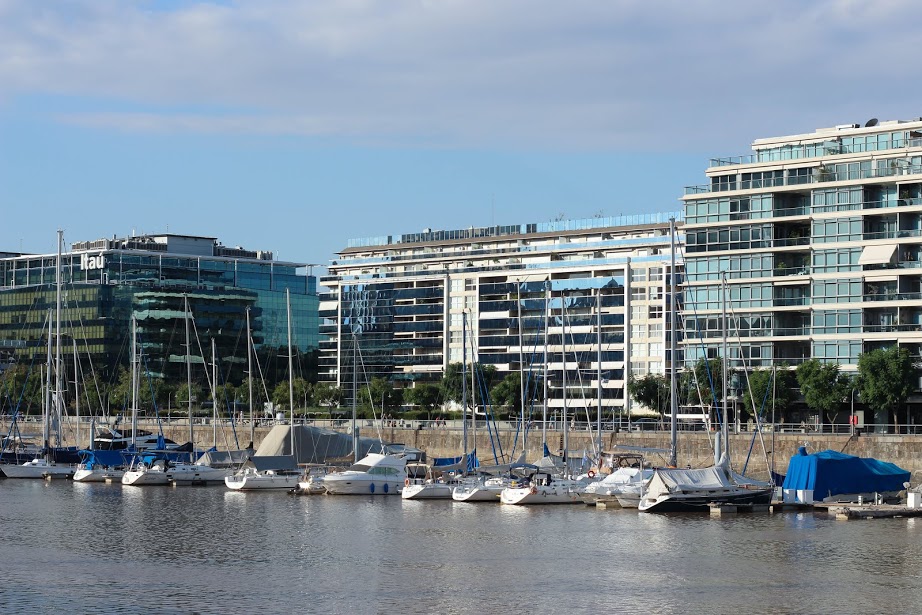 Bustling city, calm waters: Get a breath of fresh air in Puerto Madero with the calming sight of boats and modern buildings.  Photo credit: Felicia Lim 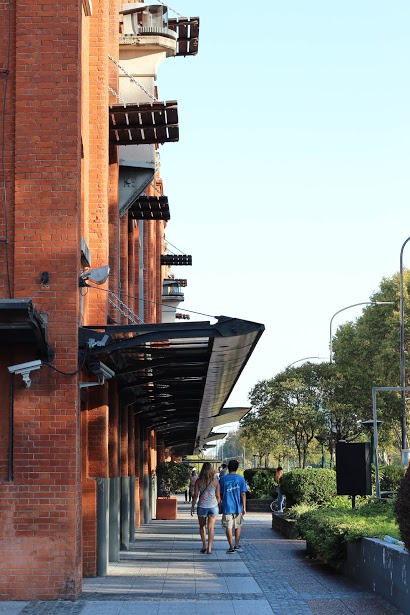 Picturesque streets: If you’re in need of good backdrop for your photos, Puerto Madero will not fail you with its beautiful red-bricked buildings by the streets.
Photo credit: Felicia Lim 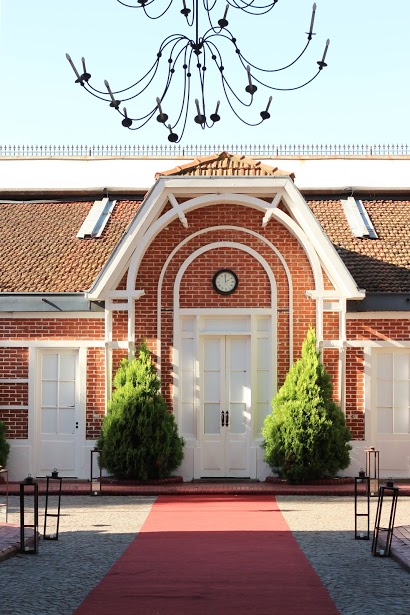 Appreciate architecture: It’s not just about the modern buildings to be seen around Argentina. Keep a lookout for rustic buildings if you’re in Puerto Madero!
Photo credit: Felicia Lim

Disclaimer for first-timers
Like in any bustling cities, a general word of caution would be to be wary of your belongings especially in crowded areas. Argentina is a beautiful country and Buenos Aires is a lovely city, but petty theft and pickpockets are something tourists who come from first-world countries should be careful of. It is best not to flash your iPad, iPhone, DSLR camera and laptop around. It does pay to be a little bit more cautious so your trip isn’t tainted by the inconvenient experience of being robbed.

As for lodgings, Felicia recommended getting accommodations in Palermo, Recoleta or Bario Norte neighbourhoods!

Newly-found Felicia
Felicia gained so much more than what she expected after moving to Argentina. What started off as a quest for love then led her to discover her passion for food which she hopes to share with everyone she meets.

If there is one thing to take away from her story, it is that change might be scary but it might bring one to the right places.