Nepal – The attraction of adventure

In 2009, Nepal was the place to be – it was unfamiliar and it held the promise of adventure. Other internship choices in Hong Kong and Singapore were standard, safe options – and run-of-the-mill experiences were not what Zi Liang was after.

In Kathmandu, Zi Liang was attached to the weekly publication called The Nepali Times. It was a paper that resembled the glory days of Western news in the 1960s where reportage meant relying on solid investigations of news-worthy scoops. Nepal had become a federal republic just three years before and it was still a young nation with plenty of stories for an aspiring journalist to tell. 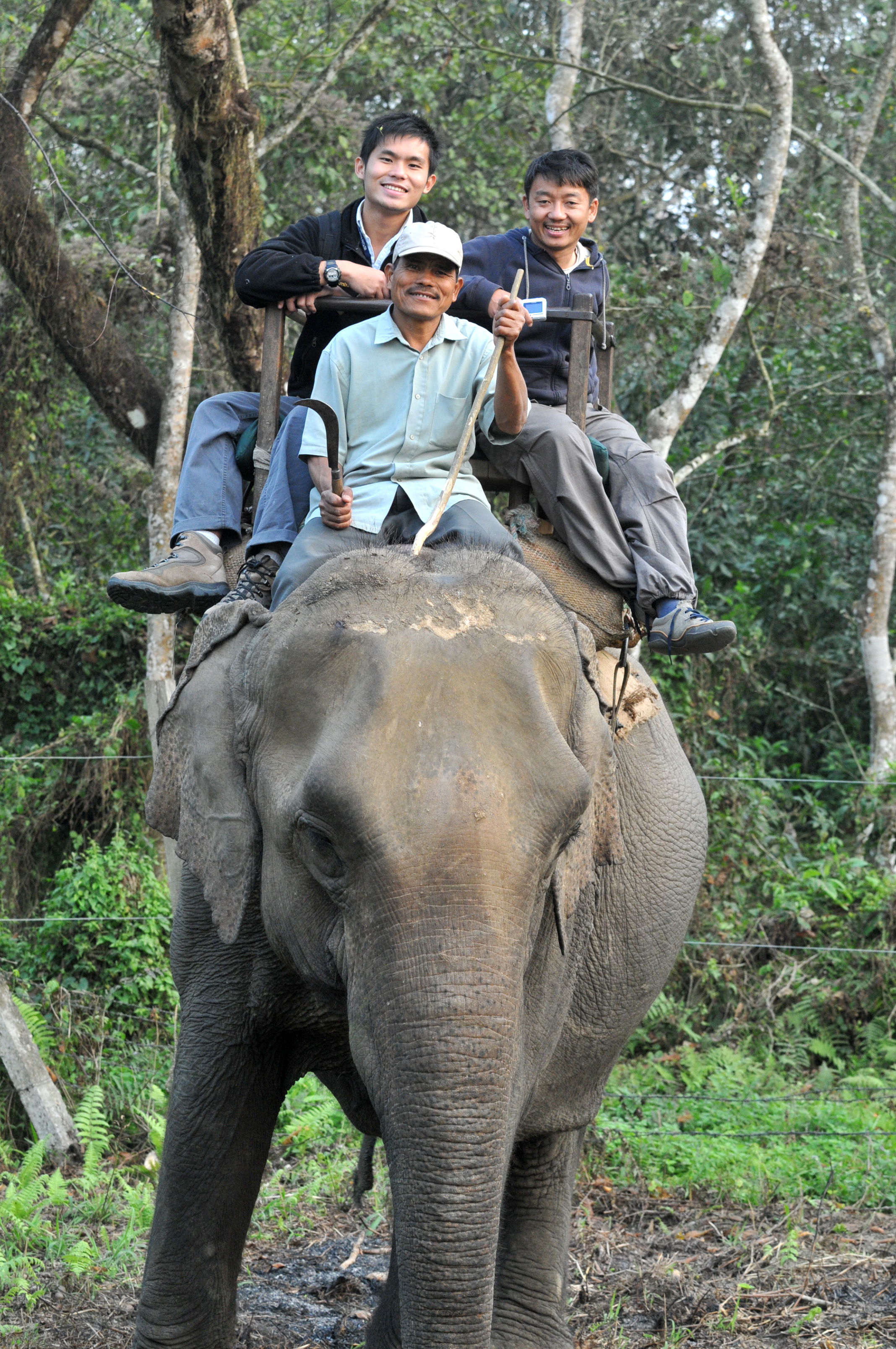 Zi Liang with his Nepali Times colleague, Dewan Rai, on an elephant ride with the “driver” in the center, covering a story on conservation at Chitwan National Park

From interviewing Maoist insurgent holdouts to traversing forgotten ancient routes, Zi Liang was exposed to stories that he would have never come close to writing in places like Singapore.

Despite the reputed deadliness and ferocity of Gurkha soldiers, Zi Liang found the Nepalese community to be full of warmth yet physically resilient people.

Zi Liang recounted a story where he experienced this kindly hardiness in a busload of random passengers. Once, on a local bus, there was news of a strike in the next small town they had to pass through. The driver stopped outside a town because it was unsafe to run the risk of having the vehicle seized by rioters. The problem was, they were still about 80km away from the nearest town. Two options remained. Either walk 80km in the last few hours of daybreak or wait, without certainty, for another bus to form a convoy.

The passengers chose to walk the remaining distance.

“Mind you, some were aunties and uncles – regular people, not virile young males. I thought, OK, this is insane, I don’t know how I am going to walk 80km in just a few hours, but I don’t have a choice, I am not getting left behind.”

Walk he did, but after a while, Zi Liang and Zak found himself trailing further and further behind. One man, significantly older than them, backtracked through the uneven rocky slope they were on, gestured with one hand and commanded Zak with one word, “Give.” 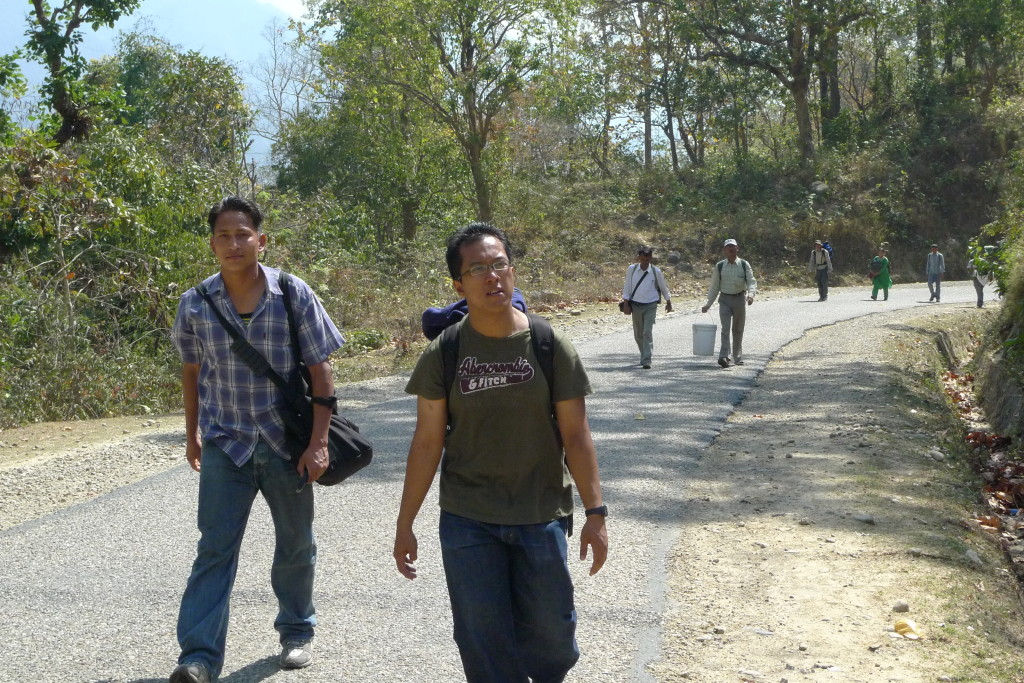 A stranger, with limited English and whose name they did not know, was offering to carry Zak’s backpack so that he could keep up. Both Zi Liang and Zak had backpacks on and the stranger could only help one of them. But even with the load of one backpack off their shoulders it was still difficult to match their pace and several others took turns to wait for them along the path.

Eventually, they were ‘rescued’ by a passing van, but the kindness of the Nepalese left a lasting impression.

On another occasion, one of Zi Liang’s fellow interns was out doing interviews when she was approached by an excited middle-aged Nepalese lady. She had recognised her singlish accent from a distance.

As they talked, it emerged that she was the wife of a retired Gurkha soldier and their family was now living in Kathmandu. The years she spent in Singapore while her husband was part of the Gurkha Contingent based at Mount Vernon, were a treasured time.

Soon enough, Zi Liang and Zak were introduced first to her young son and then her husband. And so, one friend at a time, Zi Liang was welcomed to the ex-Gurkha community residing in Kathmandu.

Zi Liang found himself listening to endless stories of lives the retired Gurkhas had lived in Singapore and the love they held for the country. One retiree told Zi Liang that if Singapore were ever in need, he would gladly return and fight for it. In his friends, Zi Liang saw a “blatant patriotism” seldom observed even amongst Singaporeans.

It shocked him to learn that upon retirement, Gurkhas were forced to return to Nepal with their families. Upon graduation from their current school, children of retired Gurkhas have to leave Singapore as well. A Gurkha’s lifetime of dedicated service is not enough to allow his children the option a full education in Singapore. When Zi Liang heard the upheaval that came with uprooted lives, he knew instinctively, this was a “compelling story that deserved to be told”. 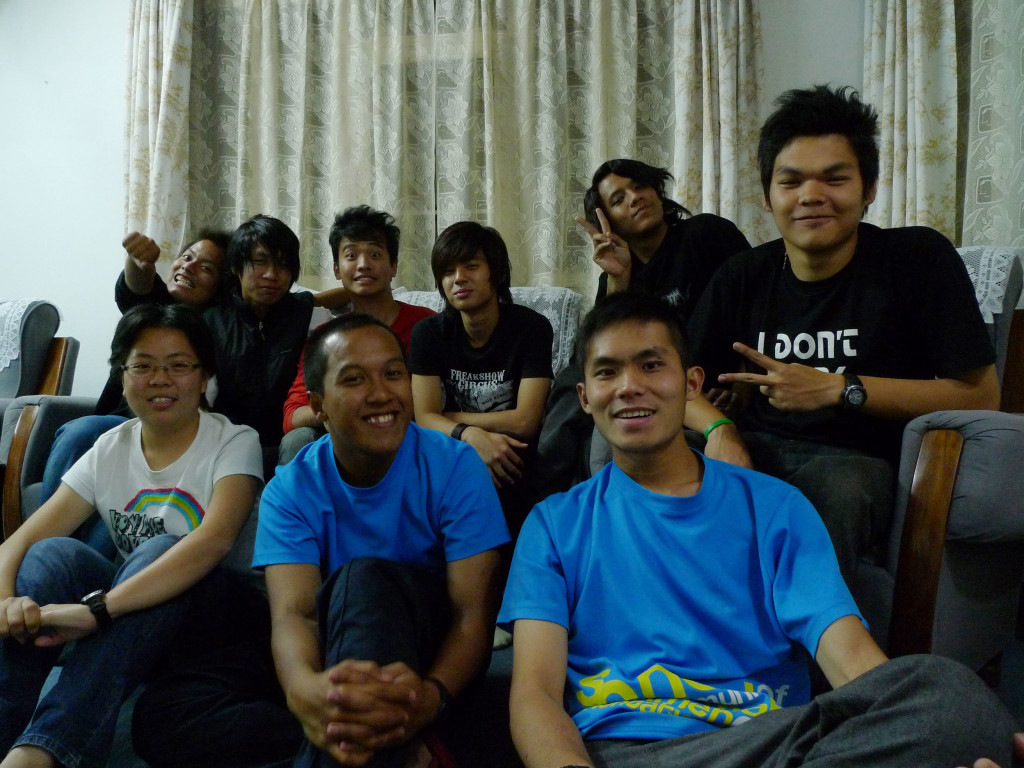 Front row (right to left): Zi Liang, Zak, and Tan Yi Wen, another Singaporean intern. Back row: Gurkha children who were born and bred in Singapore. They were at our rented apartment for a gathering

Zi Liang based his Final Year Project  in NTU on the lives of the retirees. But this year, he collaborated with Zak to publish a book “The Invisible Force” which he hopes will allow the story of the Gurkhas’ service reach a wider audience. More than just a story to be told, this has become a responsibility that Zi Liang feels entrusted with. To him, the book is being published in a time where a positive yet relevant voice is needed in an increasingly vocal, anti-foreigner societal landscape.

Zi Liang has since graduated and his book now sits on bookshelves in Singapore. But for him, the tale is still unravelling itself. To date, Zi Liang has visited Nepal 4 times and each visit deepens the connections that were first formed during his internship 5 years ago. 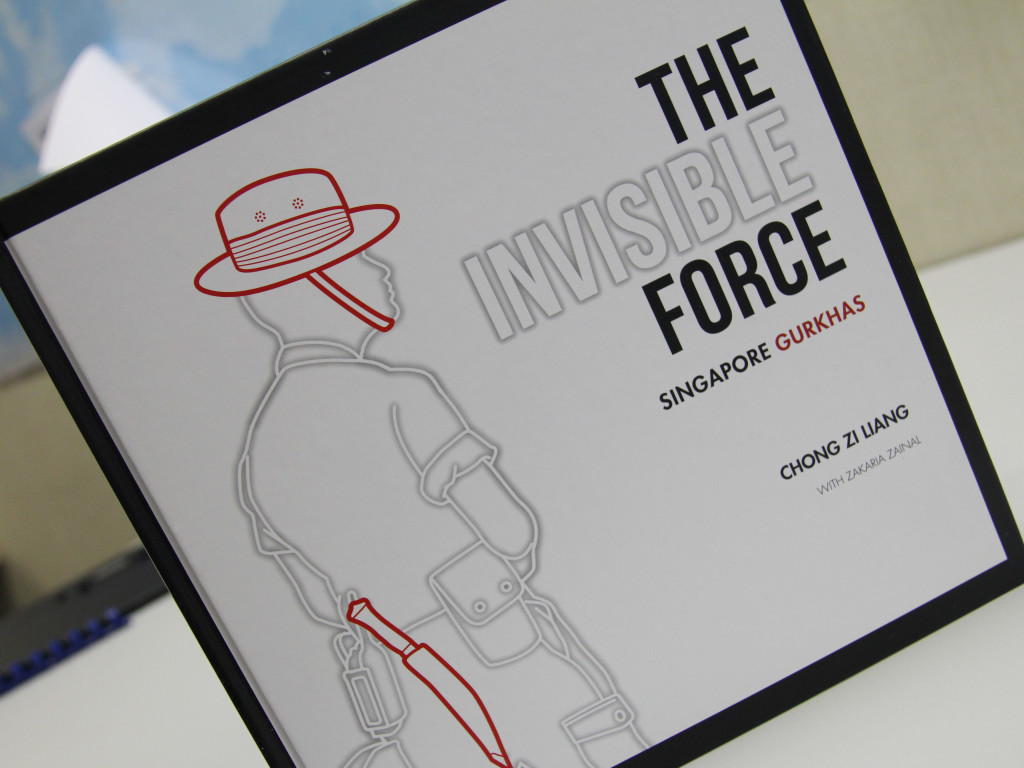 The Invisible Force is available at the following bookstores. Join in this ongoing conversation on their Facebook page here.