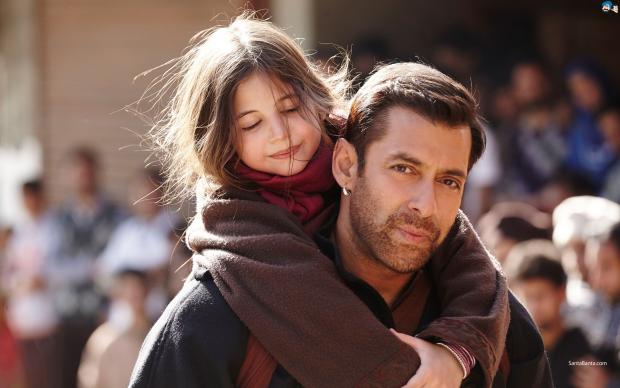 Taking cinemas by storm: Bajrangi Bhaijaan was released on 17th July 2015, one day before Eid. It grossed a total of US$49 million worldwide in its first week. (Photo: www.columbusfreepress.com)

The plot is set around Pawan Kumar Chaturvedi alias Bajrangi (Salman Khan), who in the film, is a whole-hearted devotee of the monkey god Hanuman. With a heart as big as his size, Bajrangi forms an unlikely bond with a six-year-old girl, Shahida (Harshaali Malhotra) who was separated from her parents due to a mishap. Frustrated at the system’s inability to reunite Shahida with her parents, Bajrangi takes it into his own hands to send Shahida back to Pakistan – without a passport or a visa.

Directed by Kabir Khan, the plot itself is simple enough to grasp. It follows one man’s journey to return a little girl to her hometown in Pakistan.

The protagonist, played by Salman Khan,  is a veteran actor in several top-grossing Bollywood productions. Khan made a name for himself in Hindi cinema by starring as the lead role in several successful action films, such as Dabangg (2010), Bodyguard (2011) and Kick (2014), just to name a few.

Khan is the only actor so far to star in the highest-grossing Bollywood films of nine separate years. In addition to his acting career, Khan is also an active humanitarian, and started up ‘Being Human’ in 2007, a charity organisation dedicated to providing education and healthcare for the underprivileged in India. 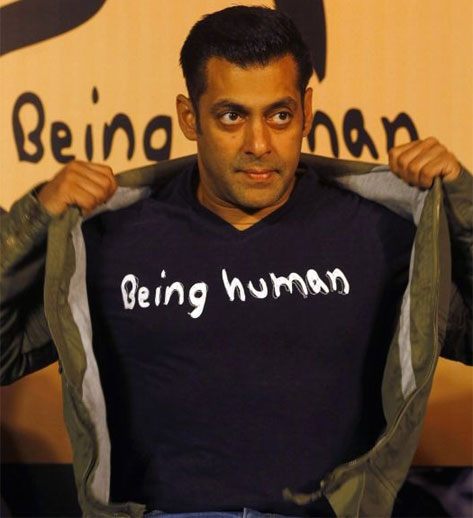 Doing good: Being Human, an international clothing brand started by Salman Khan under the Khan Foundation, helps to improve the lives of the underprivileged. (Photo credits: www.zeenews.india.com)

So when Khan was set to star in ‘Bajrangi Bhaijaan’, it’s no surprise that the film reaped US$93 million worldwide, following its release in mid-July 2015. Bajrangi Bhaijaan was a huge success, retaining the title of ‘second highest grossing film’ in India even till today.

The captivating plot provides the backbone for a good movie, and Bajrangi Bhaijaan certainly delivers in that aspect. Bajrangi Bhaijaan’s plot relies heavily on the tension between Pakistan and India, which has been plagued by hostility and suspicion since the early 1900s till today.

This bilateral tension will prove to be the protagonist’s greatest struggle, because as an Indian native, Khan’s character faces problems trying to ‘smuggle’ the child back to Pakistan.

I felt that director Khan was smart to bring up the India-Pakistan conflict as the film’s plot, yet ‘downplaying’ the tension between two countries at the same time. So that even though the bilateral relations are briefly mentioned in the film, it is quickly glossed over. From an audience’s point of view, that was commendable as it provides the film with tension yet keeps the sensitivity of the topic at bay. 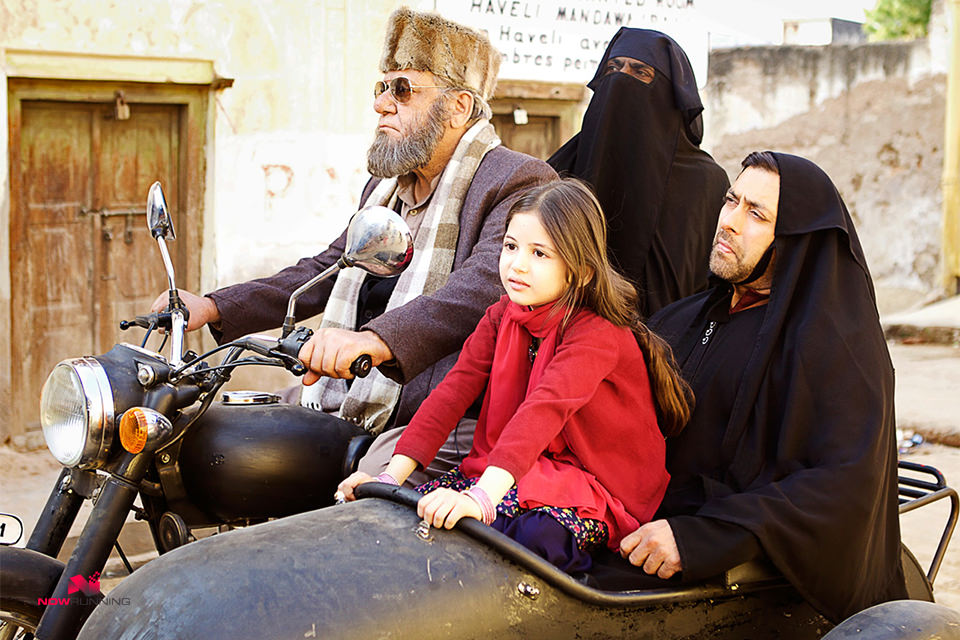 Malhotra’s character, in the film, is mute and can only communicate to the audience (and other characters) using facial expressions and small gestures. Paired with her solid acting, Malhotra manages to get her message across without using any words. Hearts will melt for Malhotra’s soulfully expressive eyes during the movie.

The deity Hanuman in Hindu culture, is associated with kindness in the absence of one’s ego. Therefore it is of no surprise that Khan’s character, an ardent Hanuman ‘bhakti’ in the film, would possess the same characteristics. We’re talking about a man who is so morally ethical that he says ‘Jai Shree Ram’ (Hail Lord Ram) to every monkey he sees, and refuses to enter Pakistan without seeking the permission of the patrol officer at the border.

Khan’s character is so endearingly naïve, and wins the audiences over by portraying his character with a surprisingly soft touch – a personality that is often on the contrary with someone of his built. 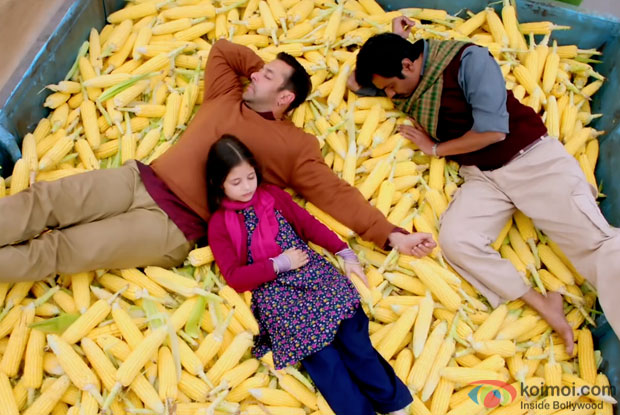 The supporting actors also play a paramount part in pushing Bajrangi Bhaijaan’s plot forwards. Kareena Kapoor Khan, who plays Bajrangi’s love interest in the movie, helped reveal more of Khan’s character as he faces tensions with Kareena’s on-screen father. Nawazuddin Siddiqui nearly stole the spotlight with his part as a small-time television reporter, with his silly yet amiable antics.

The film as a whole is a crowd-pleaser, and more chuckles are guaranteed out of the film than anything else. I feel that Bajrangi Bhaijaan works in such a way that its overlapping genres (comedy, action and drama) were injected in balanced doses so that they don’t drown each other out. So be prepared to get on a roller coaster of emotions when you watch the film!

However, I felt that what Bajrangi Bhaijaan trips on is the film’s length. Khan’s character had to overcome numerous hurdles just to bring the girl home, it almost feels like the film was trying too hard to push Khan’s character across as a hero. The character certainly is – but after too many repetitive scenes, audiences will start to wish for the plot to advance.

Other than that, Bajrangi Bhaijaan is a highly recommended movie, for audiences from all walks of life. It is easily digestable, and the on-screen chemistry between Khan and Malhotra will leave you feeling warm and fuzzy.