Thank you for all your submissions. After much deliberation, we have finally selected 8 teams to go through into the next round of the competition.

The top scoring team from the Preliminary Round will advance directly to the Grand Finals, while 7 more teams will advance to the Semi Finals.

The top scoring team for the preliminary round is:

The 7 teams that will advance to the Semi Finals, in no order of merit, are: 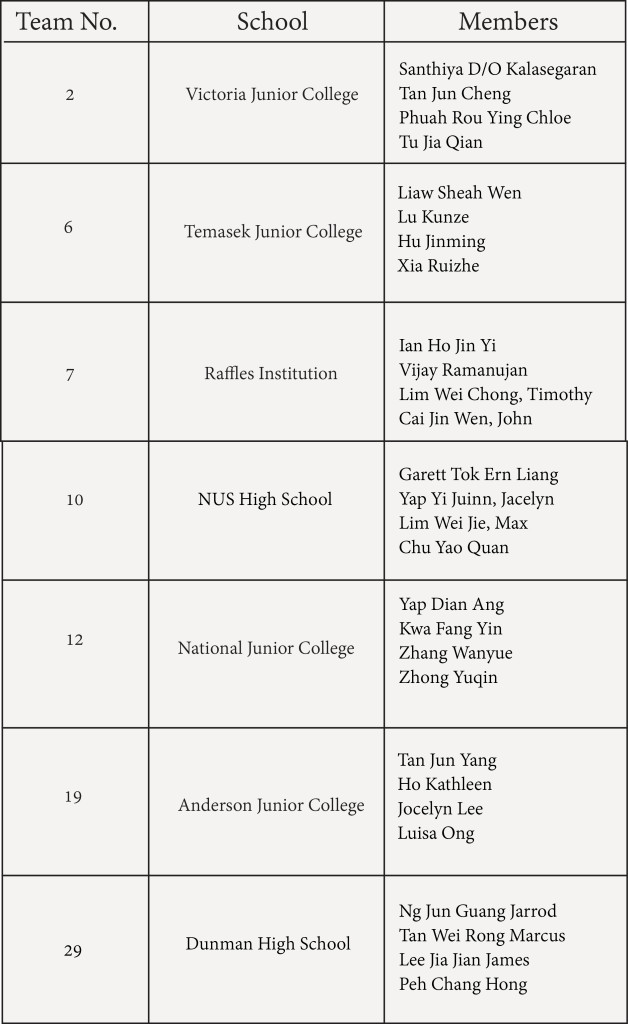 Congratulations to all the successful teams!

Lunch will be provided for the 5 teams in the finals, and teams are to register by the stipulated registration times.

The event schedule is as follows:

The Grand Finals will be a good opportunity for students to learn about the myriad complexities and challenges faced by countries today. With an audience participation segment included in the finals, teams watching will be able to have a direct impact on the overall scores of the finalists. All participating teams are cordially invited to attend the Grand Finals. Certificates of Participation will be presented to all teams during the prize presentation ceremony, and refreshments will be provided after the event.

Once again, thank you and congratulations.