(EL ROCHO’S IS CLOSED DUE TO UNKNOWN CIRCUMSTANCES)

After hearing how Marisol’s love story started because of a burrito (or the lack of it) we were tempted to have our taste of Mexican food. We found one near Clarke Quay and it seemed to have good reviews so off we went to El Rocho’s. Hopefully we would be able to find our own Prince Charming… in the form of a very attractive taco. 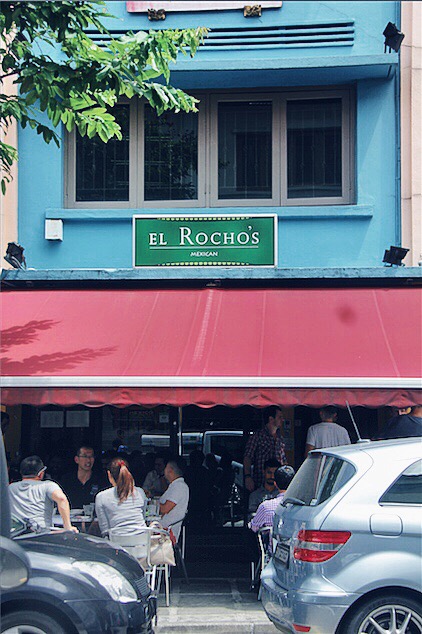 It was slightly crowded when Angela and I reached the little shophouse where the Mexican restaurant, El Rocho was located at. Nonetheless, we managed to find a seat inside (thank heavens for air-con). Soft Spanish music was playing in the background as the hustle and bustle of the waiters went unnoticed by the patrons of the restaurant. We were seated at one of the small tables and the waitress gave us a bright smile as she passed us our menus.

I ordered the Set Lunch Menu, which includes a main course and a drink, I chose Tacos and the Chia Agua Fresca. Angela got her Pescado Al Mojo De Ajo (Fish in Garlic Sauce).

While waiting for our meals to arrive, we noticed the waitress who attended to us was frowning as she went to clear the next table. As she was clearing the tables, another waiter came to help her. “Don’t worry, be happy”, he said with his jolly voice. That really made my day. I was so amazed at the warm family feel that the crew had amongst them. 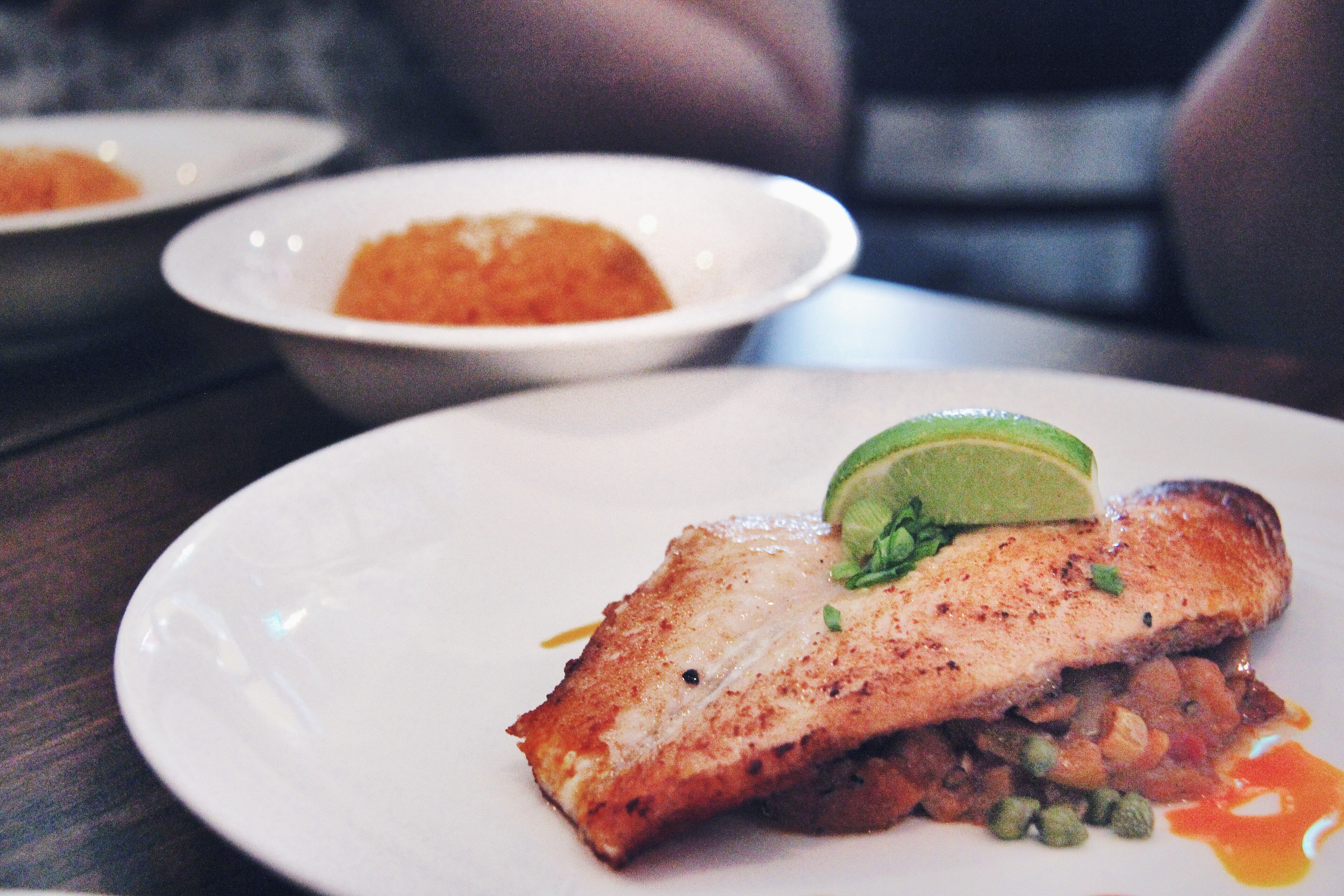 Angela’s Pescado Al Mojo De Ajo($23) was the first to arrive. The outside of the fish was crispy and the flesh had the right balance between soft and firm. Angela had unlimited compliments for the lime seasoning layered on top. It had this sour, sharp taste that was really addictive and went really well with the fishy taste of the fish. The vegetables were tucked under the fish. Honestly we didn’t know that that was the vegetables, we thought it was just a fish on a bed of mash. But the vegetables were extremely sweet and soft, the capsicum even melts in your mouth! 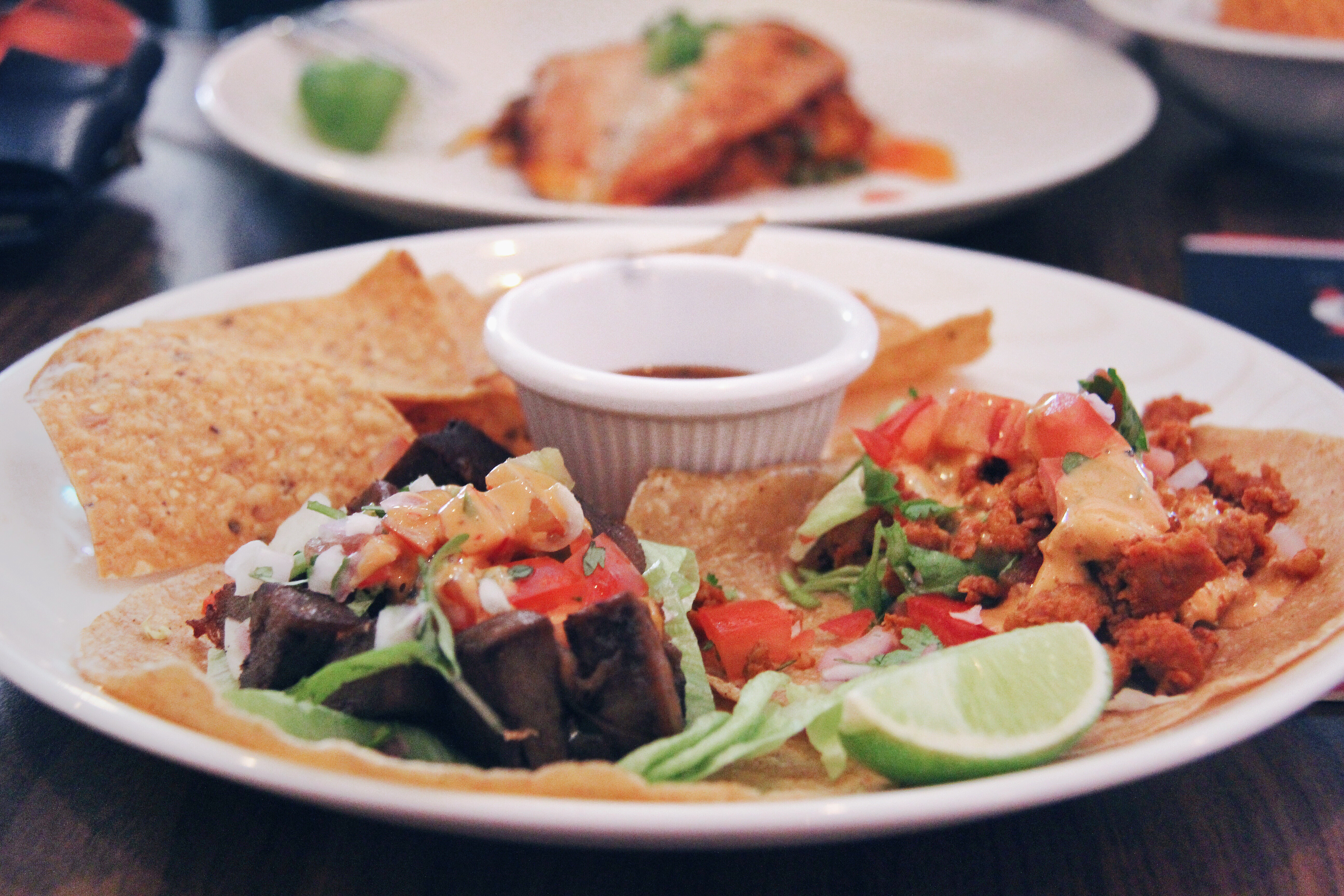 My Set Lunch ($17) arrived next, with my tacos laid on a plate by the side. At first I was wondering why weren’t the taco shells hard? Apparently the hard taco shells are an American creation while the soft tacos are more authentic. Okay back to the tacos I had on my plate. One of them was ox tongue taco and the other was chorizo. You can choose what filling you want from the list provided but I just went with the most adventurous flavors they had on the menu. The ox tongue was a myriad of textures. The meat itself was extremely tender but it was savory which was balanced by the onions and crisp vegetables in the taco. The chorizo was spicy for a non-spicy eater like myself (I had to reach out to my Chia Agua Fresca half the time). 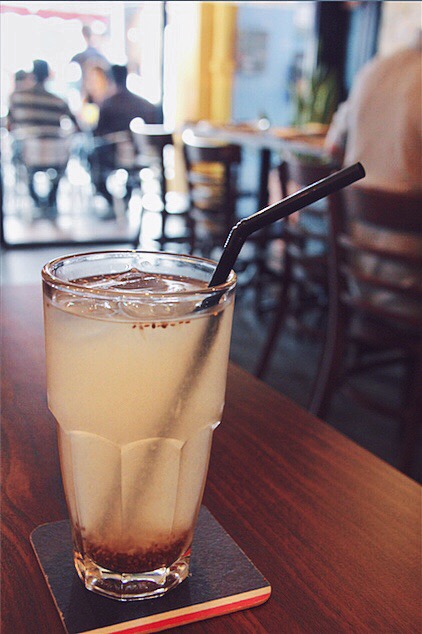 The Chia Agua Fresca was made up of chia seeds, honey and lime juice. It was a bit too sour for my taste, maybe the orange version would be much sweeter. However, it does not hide the fact that this drink is a great energy booster for tired souls. 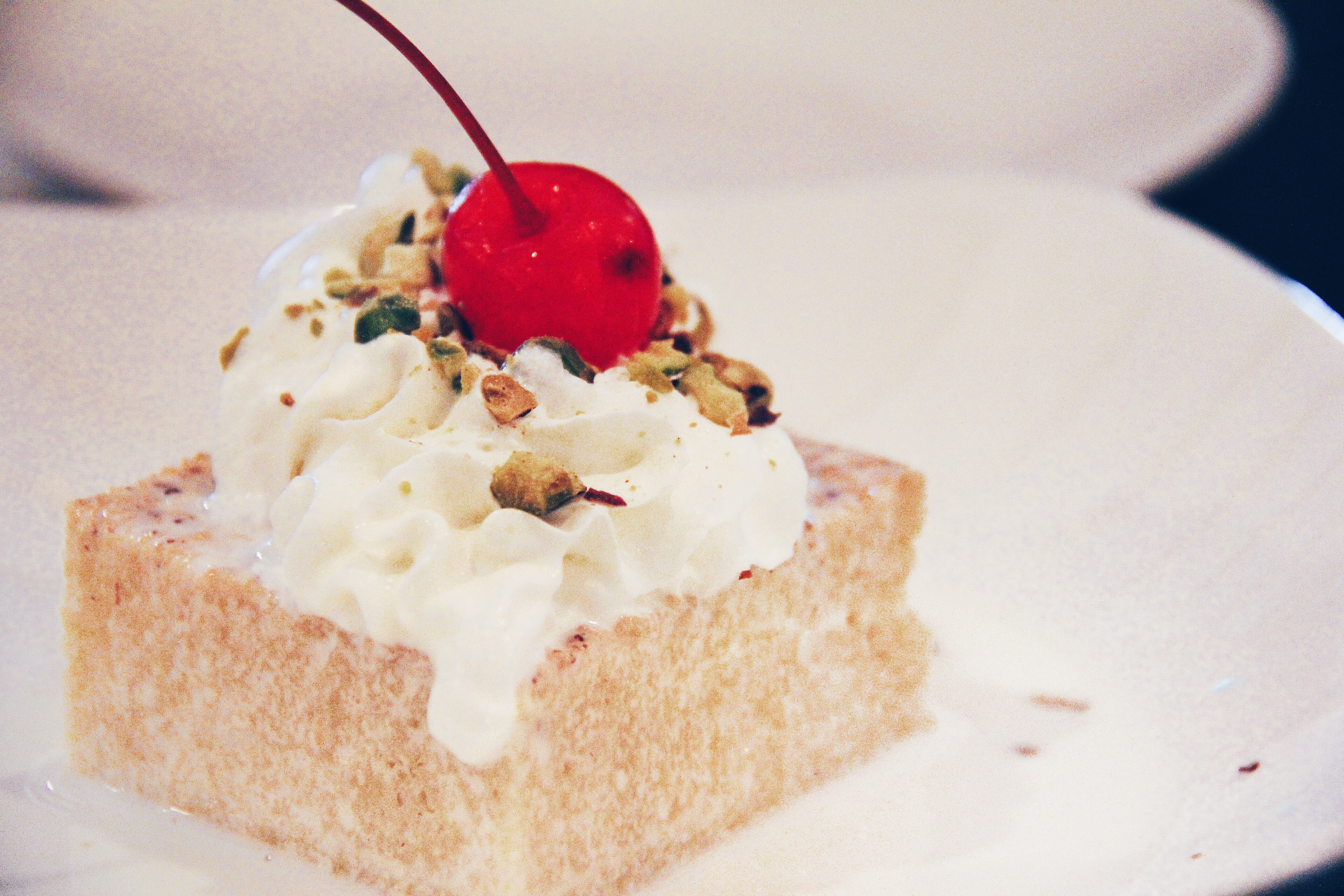 And for the finale, the Tres Leches Cake($9). This was the highlight of the entire meal. Angela and I were silent when we took the first bite, both of us didn’t expect this dessert to be so… fantastic. As the name suggests, it is made up of three different types of milk, normal milk, condensed milk and evaporated milk. The cake itself soaked up the evaporated milk surrounding it and it was so moist and it was just a milky heaven.

El Rocho’s is the perfect place for warm Mexican hospitality. One patron had to leave the restaurant due to a phone call and the waiter warmly asked if the patron would be coming back soon, since the burrito would get cold and then offered to heat up the burrito for the patron. We were very impressed by the way the waiters motivated each other and try their best to talk to the patrons even when it was crowded.