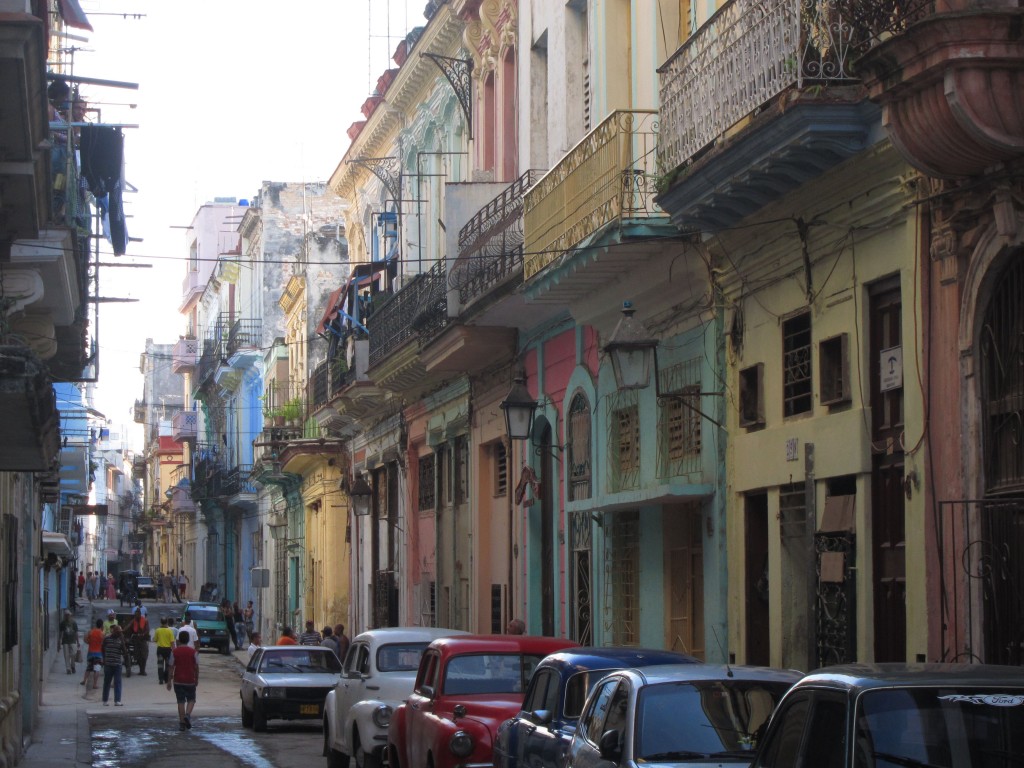 In Cuba, Internet access comes at a premium and are only available in hotels or Internet cafes. Sounds reasonable? Well, not till you find out that it cost a staggering USD $10 for an hour session on the Internet (with broadband connection). With prices as high as that, no wonder none of the host families whom I’ve stayed with had a computer, much less an Internet connection. This is because it is just too expensive.

In addition, mobile phones are practically non-existent. Instead, locals rely mostly on traditional pay phones or landlines. The reason is because mobile contracts start at USD $30 a month (while the average monthly salary is USD $20). In a way, the locals are being priced out of owning a mobile phone. Now you know why Cuba ranks third on the least penetrated mobile markets in the world. 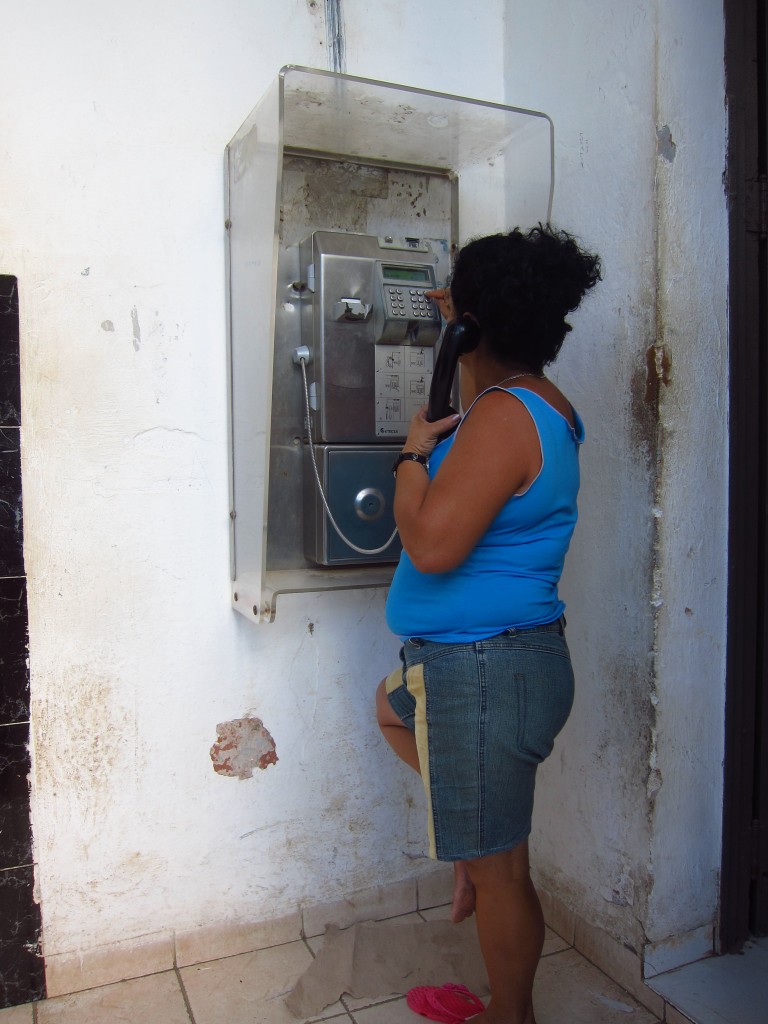 In Cuba, traditional pay phones are the ways to go

Moreover, Cuban supermarkets are definitely one of a kind. For instance, in Singapore, we might have 5 different brands of pasta sauce to choose from with a range of flavors that include Carbonara, Bolognese etc. In Cuba though, selection is limited to only one brand and one variety- tomato puree. 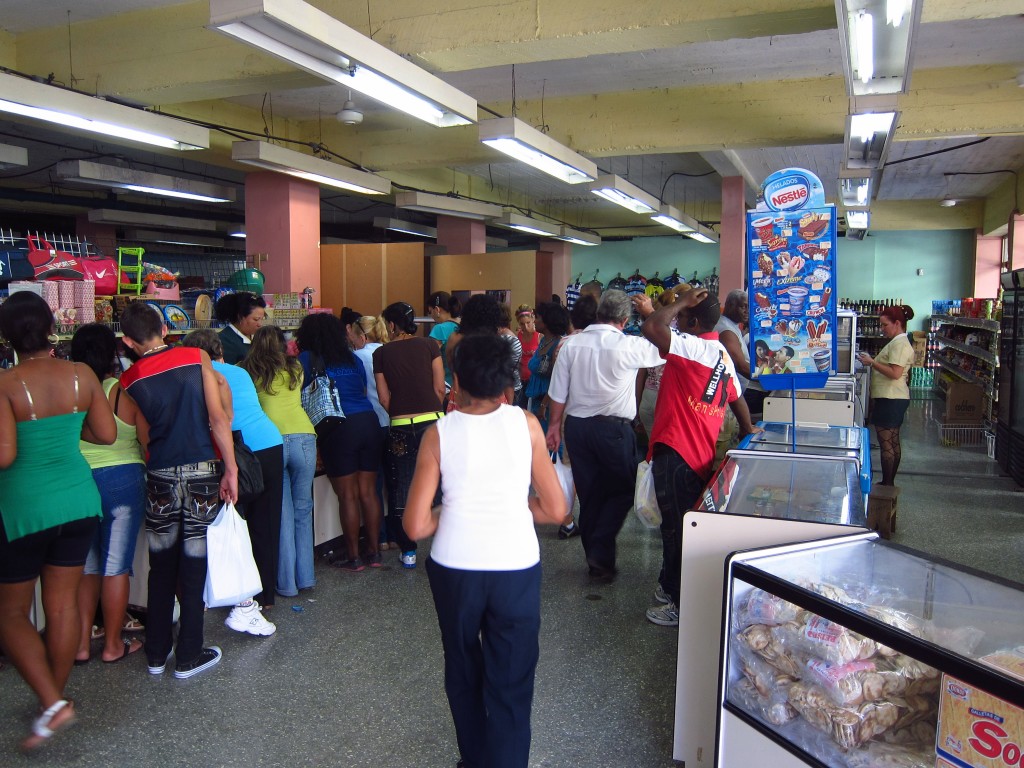 Local supermarket in Cuba- where everything is found here, from shoes, clothes, ice cream etc. Displays are minimally furnished and they only accept CUCs

Thinking back, I do feel that this might not be that bad a thing after all. This is because with so many choices available to us right now (especially in Singapore and the amount of waste that is produced), it could be high time we start stripping back to basics and reflect on what we really need. Only tomato puree is available

Nonetheless, given the high prices set in the supermarkets (as payments are in CUCs), locals tend to shun them when purchasing basis necessities such as food. Instead,  they prefer to buying these items from local street vendors and only getting toiletries and such from the supermarkets. 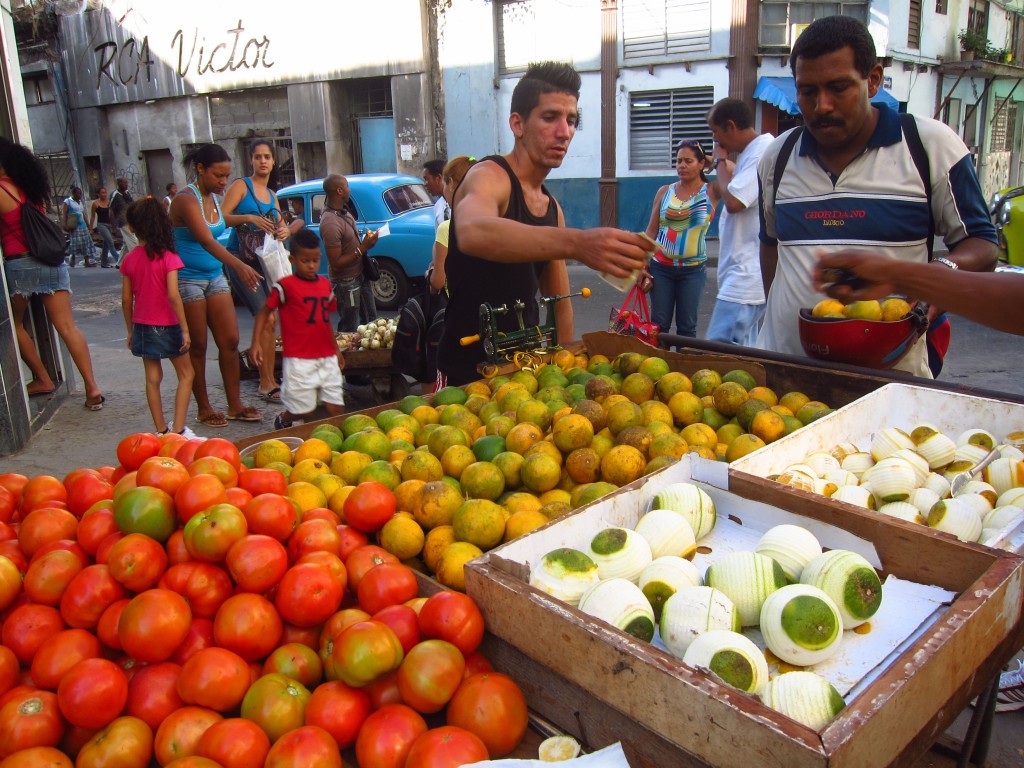 Quirks aside, I did start to appreciate life without internet, cellular networks and living with a limited choice of food. I started to noticed people more (since I won’t be distracted by my phone) and in a way, I started to engage with the locals more.

It also led to me befriending a local bus driver (which wouldn’t be possible if I’m playing with my phone) who happens to be one of the most fascinating person that I’ve met.

I met the Bus Driver whilst on my way to La Habana Viejo (old havana) at the other side of the city. Upon entering the bus, I caught a slight grin and then ‘Bienvenido Chino!’ – which translates to ‘Welcome Chinese’.

Well, it might be socially unacceptable in Singapore to call people names according to their ethnicity but in Latin America, it’s common and it’s seen as a friendly gesture. I never gotten used to it though but as a fun fact for those unfamiliar with this name calling-  Americans and Europeans are called ‘Gringos’ which I believe most of you would be familiar with the term, those of African descent are called ‘Negros’ which means black, Chinese as I’ve mentioned are ‘Chinos’ and those with blonde hair are called ‘Monos’ meaning monkey (no idea why) 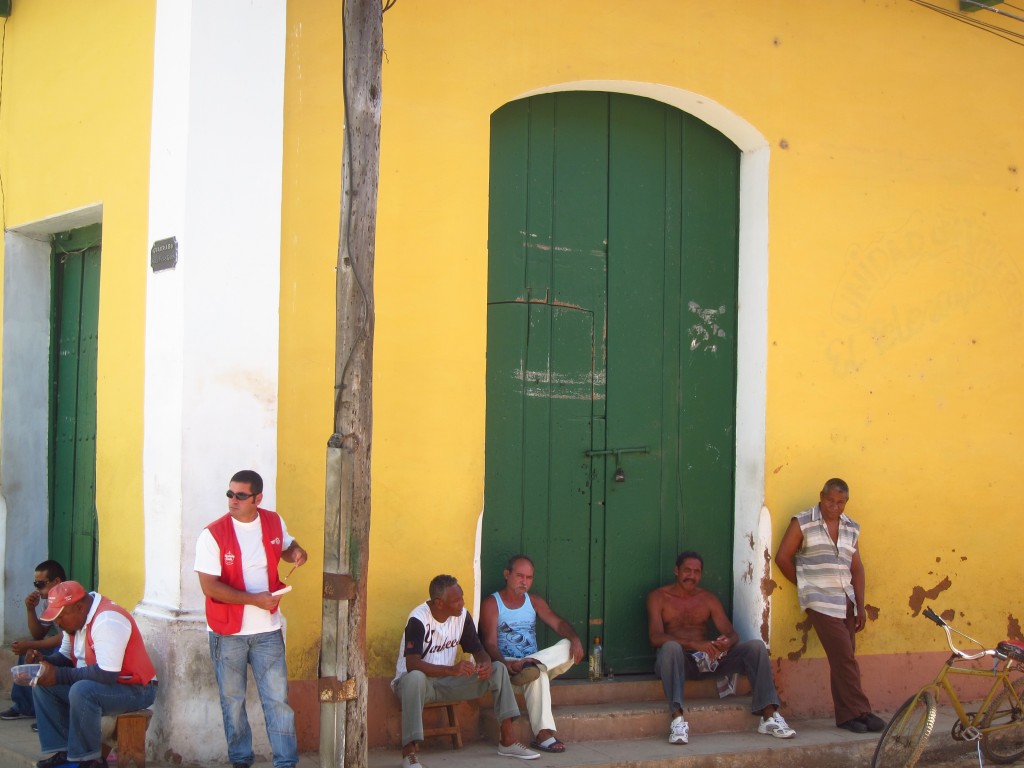 Going back to the story, I got put off and told him that I’m a Singaporean, not a Chinese from China. Now here’s the interesting part (which I trust many Singaporeans had suffered the same fate before)

‘Where’s Singapore? Is it part of China?’ 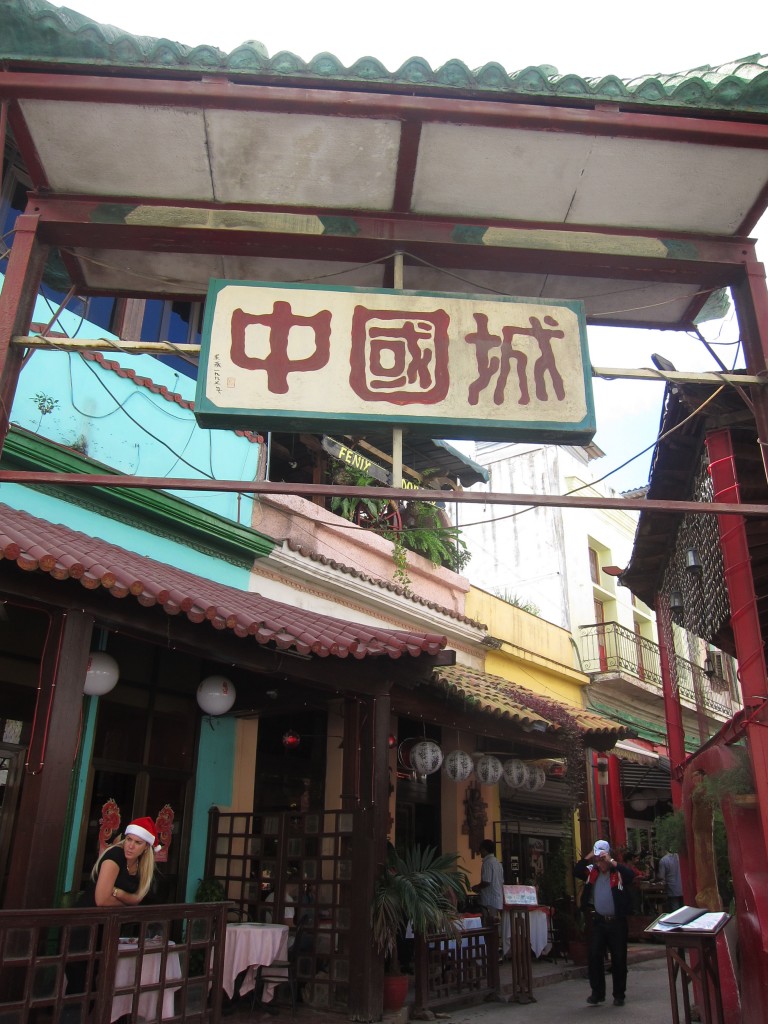 Cuba has one of the biggest Chinatown in the world. It was founded when Chinese from China started pouring into the country to work as labourers

Being the first Singaporean he’s met, I was bombarded with a series of questions about my country, where it was, what’s it about etc

After what seemed like an eternity, he was finally pleased with my answers and now, it was my turn to be asking questions

Me: How is life in Cuba?

Life is definitely good here, we have free healthcare (Cuba has the second highest doctor to patient ratio in the world), free education (youth illiteracy in Cuba is zero) and more importantly, there’s not a lot to worry about as basic life necessities are provided. However, there exist a divide between those who work in the travel industry and those who don’t. This is because in the travel industry, people get paid in CUCs which is worth more than the Cuban pesos that I bring home. 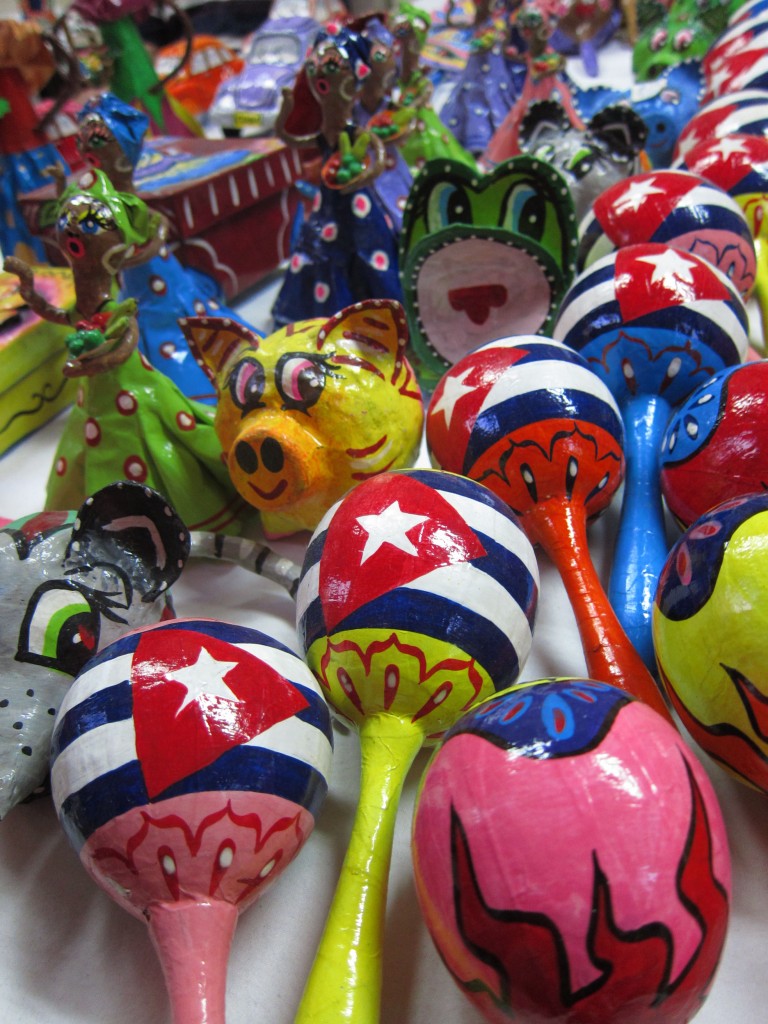 Me: So what are your thoughts about the revolution and how was it like then?

I was 18 when the revolution happened. The previous regime was horrible and I was glad that we managed to overthrow them. I believed deeply in the cause and signed up to be a revolutionary fighter, fighting two wars in both Congo and Angola.

Back then, I was probably too naïve but war is brutal. I’ve lost many friends and witnessed many who had lost their limbs and became handicapped.

However, I must have been blessed because I came out of the wars unscathed. I didn’t lose any body parts but the emotional scars remain. I don’t even know if fighting those wars were worth it because as we all already know, we lost.

It was also the only time in my life where I’ve been abroad. But rather than flying, we had to take a boat that ferried us across the Atlantic, into Africa and back. It was a grueling experience and most of us got sick along the way. Nonetheless, I’ll never forget the sight of the sun setting over the wide ocean floor. It was definitely heartening to hear this man recount his story and he was in fact, the only Cuban whom I met that opened up and related his experience about the revolution. The others that I’ve approached seemed keen on brushing the topic aside like it shouldn’t be discussed.

Nonetheless, I’m happy that I met this bus driver on the last day of my trip to Cuba. It probably symbolises the country a little, a nation proud of its past achievements but unsure about what the future will bring.

On a side note, if you happen to be interested in learning Spanish, do take a look at the courses offered in the University of Havana. For a 6 months, 460 hours intensive spanish course, it cost USD $1400. Now that’s $3 per hour! If you are interested, do visit the university website.