Russia is the world’s biggest country. It is a transcontinental country, extending halfway around the northern hemisphere and covering much of eastern and north-eastern Europe and the whole of northern Asia. Russia is multinational and multicultural. Russia has got more than 100 nationalities — Russians, Ukrainians, Tatars, Jews, Bashkirs — it would take a separate page to list them all. The intelligency level is of Russian people is considered up to 99%. There are more than 600 universities 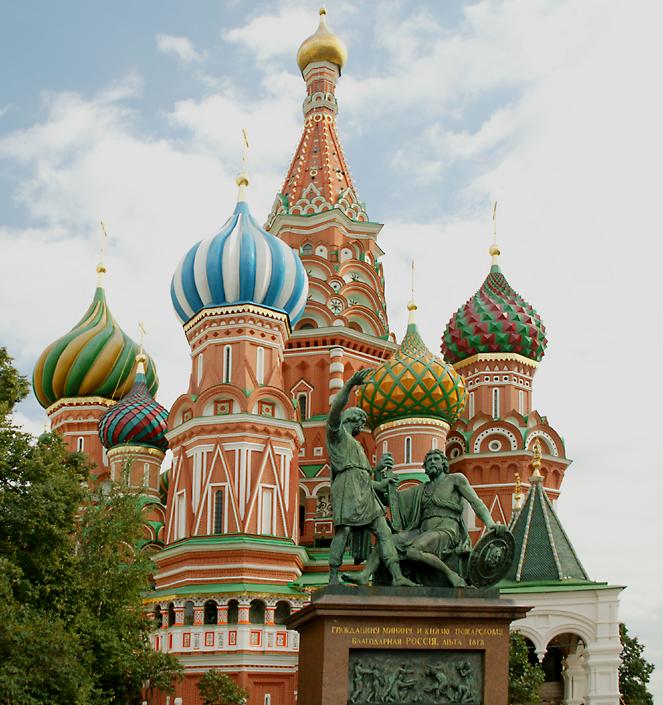 Alexander Blinov was born and grew up in Moscow, but has spent half of his life in Asia. First, he obtained a Bachelor of Science degree in China and successfully launched his professional career with a number of multinational companies over there. After 12 years in China, in 2005, he joined the largest supplier of potash in the world – Belarusian Potash Company – as the Regional Sales and Marketing Manager

Asia-Pacific. He has since relocated to Singapore with his family, Korean wife and 2 sons. Alexander is fluent in Mandarin and he travels extensively in the region and around the world.

Alexander is also a founding member and the President of the Russian Club in Singapore – the first officially registered non-profit public organization of the Russian compatriots in South-East Asia.

What do you think of Singaporeans?

Singaporeans are very polite and honest, calm and hard working. They are also well positioned for the global market

: they are well educated; everybody speaks 2-3 different languages; many studied and travelled abroad, or worked in multinational companies. Singaporeans also have a very strong sense of self-esteem and self-respect, which works against them sometimes in the form of “kiasu-ism”.

Talking about qualities of the people, I would like to tell you a story. There was once when I left all my photo and video equipment, totalling six thousand dollars

, in a taxi. When I realised that it was lost, I thought that there was no chance of getting it back. However, two days later, I received a phone call from the taxi company that they found my bag. It was amazing! I have heard many stories like that. You can’t imagine such things happening anywhere else in the world.

What are the differences between Russia and Singapore?

For Russians coming to Singapore, it’s much easier to live here. I tell my friends jokingly that we’re living a much too relaxed life, and sometimes feel that we’re losing our competitive edge. For you guys (Singaporeans) going over to Russia, it will be much more challenging; the cold and ever changing climate, lack of sunny days, different and limited varieties of food and daily life challenges. Not to mention that few people can speak English and Russian is a very difficult language to learn! I express my deep respect to all my brave Singaporean brothers and sisters who made their journey to Russia!

There is another challenge for Singaporean girls in Russia: Russian girls “dress-to-kill” even in the office. As one of my female friend from IE Singapore puts it sarcastically: “If I’m not dressed and having make-up like going to the fashion party, nobody wants to say hello to me in my Moscow office!” Although that is exaggerated, it’s very true that people judge you by your looks first and as they get to know you, by your inner qualities!

Is that the reason Russians are coming to Singapore?

The majority of people come to Singapore because of their jobs. Their companies send them over here and they later realise how great this country is! But I have met people who were focused on coming to Singapore because they like the place. However, they are still the minority.

Unlike Europeans or Australians, for whom lower personal income tax could be a big draw, Russians like the high living standards and warm climate, business opportunities, excellent environment for professional and personal growth, safety and great educational facilities for children. Personal income tax in Russia is not high and stands at 13% on most income.

What advice would you give to Singaporeans who want to live or work in Russia?

Travel to Russia – Moscow, St. Petersburg and the city you are planning to stay in – and spend some time over there. Experience the feel of the place. If you are going to stay in Russia for a number of years, learn the language and spend some quality time socializing! That’s very general but important advice. Through the language and networking you will make a lot of friends. Few Russians speak a foreign language, so mastering the language will open many doors and make your life much easier.

Also, living in Russia requires more passion. Things have to go step by step. In daily life and in business, there are a lot of obstacles. It is not like in Singapore where many things can be done online with a few clicks. It can take hours, days or maybe weeks in Russia. There are a lot of limitations that you need to overcome. Here in Singapore, I think people can focus on the business itself, because the administrative procedures are so simple and straightforward. In Russia, it is more complicated; there are more procedures and regulations. It is challenging for Russians to understand these themselves, less to say for foreigners – particularly Singaporeans who are used such procedures being easily accessible.

What are some of the obstacles in running a business in Russia?

Some people told me that it is quite difficult to find a good partner in Russia. A good introduction can save you a lot of time and frustration. Local regulations, managing of “guanxi” and corruption are all challenging issues. Having a good local business partner or contact can help in explaining all these details and doing business the “Russian way”.

Due to some cultural differences and language barrier, it is even more important that you and your local Russian contra-party have discussed details in black and white before going into the business. In cases of dispute, it is best to settle it outside of the court in order to avoid the lengthy, costly and opaque legal process. The Russian legal system is far from being fair!

In Russia, you face obstacles almost on a daily basis and you have to always be ready to meet any sort of challenges. It is a distraction, but it could also help to push people to take a more proactive approach in business. Creativity and out-of-the-box thinking is a must if you wish to succeed in that part of the world!

What would you want to change in Russia to improve the business climate?

I hope that there will be more opportunities for small and middle size businesses! I hope that there will be fewer obstacles, and straightforward business procedures. I feel that it could be overcome if there is a stronger middle class. When people have a higher income and quality of life, the majority of people will not accept bribes and will respect the fact that they can earn money the honest way. The Russian government should work on increasing the size of the middle class. It looks like the government is already working on that but the pace is still quite slow.

Beginning and mid of 90-es in Russia was daunting by crime, mafia and intricacy of the daily life. These times are gone. Nowadays so many businessmen are complaining that the government is becoming very demanding. They can force you to close your business by claiming that you have breached some requirements or regulations. Businesses are very much upset with the fact that so many agencies have such power to cease their operations. The government must limit the number of agencies that have such power over businesses.