You mentioned that you worked for 15 years before embarking on the Kenyan Riders. Can you tell us about what you were doing then?

I was a full-fledged commercial photographer from around 25 to 40 years old,. At some point in my late thirties, I started this project steadily. I spent money on it, which included going on trips to Africa. I am 44 years old now.

Wow. From a commercial photographer to an entrepreneur. That must have been challenging. Can you tell us about some of the difficulties you faced in setting up the Kenyan Riders?

There were a lot of difficulties. You have to understand how the Kenyans see you. They might take you for a ride, because they are hoping for something good to come out of it. They may lack the sincerity.

Iten has traditionally been a breeding ground for runners. How do the locals view the Kenyan Riders and the sport of cycling?

In the beginning, they viewed it with a certain amount of curiosity. They did not really know what it was about. But we are part of the landscape now. They have accepted our presence, but we do not get the final measure of respect that the runners have, because the runners go off and they win Olympic medals, and we go off and we are just going out for amateur races. We are not at that league yet, but it also gives us something to be motivated about. We know what a Kenyan is capable off. We know that if you give him the right tools, at some point in time, he will go out there and win everything. Their mentality is there, but we are still building on the tools and the platforms to get us there.

Did being in such a faraway and foreign country add to the difficulties you faced?

I would say the difficulty is not necessarily location-centric, but it is a difficulty that comes in doing something completely new. We were in a new place. The African component was an added layer, but essentially it is a new demographic, and a new sport. Imagine if you want to set up a business related to ice hockey in Singapore. You are going to face problems. We have no experience with ice in Singapore; a lot of us don’t know how to skate; we do not understand the nuances of the sport. So with the Kenyan Riders, part of it is that, and part of it is an African thing.

We went to Kenya and the only established cycling teams in the world are in Europe. We wanted to duplicate the European model in Africa but we found that it is not possible. The initial impulse was to graft. We see this happening in Australia, so we graft a little bit of that. This is happening in Europe, so we graft a little bit of that. That is the first instinct we had because then you have something to hold on to. But at some point along the project, we realized that this has to be root and branch. We had to rethink and redo it, and ignore what people are doing in Europe. You got to start from the basic principles in Africa: “This is Africa. How do we start doing this? What do we base it on?” No matter what you do, you have to base it on something. So we decided to base it on the running success. We built a cycling programme around that. I think that has been the major challenge. Once you make that decision, you need the whole team (including coaches and investors) to be on-board. That was really challenging. People will ask you what is the template, the existing model, and we have to say that it does not exist. We are completely bashing new territory. Everybody must have faith in your decision and leadership. That part is difficult, but I do not know how much of it is really African.

The runners go off and they win Olympic medals. We go off and we are only doing amateur races. We are not at that league yet.

Most of them are sons of farmers who have done and ran well in school. When they hit 17 – 19 years old, they graduate from school and most of them have no idea what to do after. They see the other runners coming back with $15,000 from winning a marathon, and so they think that they can do it too. The thing is, there are actually enough people doing this to make the next generation feel that they can do it too. There is a large amount of self-belief. Apart from that, there is also the fact that the systems, annual cycles, and training programmes have already been set up. The system is frictionless and is completely greased. This is what is happening with running. There are probably running talents in other places in Africa, but because there are no systems to support it, they do not do as well. This is the model we are basing the Kenyan Riders upon.

Have you been to Kenya or other parts of Africa prior to the Kenyan Riders?

The first time I went to Africa was with the winner of the Singapore Marathon. His name is Amos Matui. I went to Kenya. After that, I went to a lot of Africa as a photographer. I was commissioned to do work there, so I have been to Nigeria, Ghana, Ivory Coast, Tanzania, South Africa, and Rwanda.

Can you tell us what kind of photography work you did in Africa?

I went there to shoot farms, cashew nut farms, rice farms, and cocoa plantations. I was there to photograph for a company that procures all these commodities. I would do annual reports and ad campaigns as a commercial photographer.

How about your family? Were they supportive of the project and you moving to Africa?

I don’t have a wife or any kids. So my family is my parents and my siblings. They were very supportive. I had a very miserable time in school. I did not want to go to university, and I did not know what I wanted to do with my life. So when I decided to become a photographer, my family was very supportive of it. I turned out becoming fairly successful at it, so they are very happy that all the things I have chosen to do have worked out in the end. Then I reached the point in my career where I thought I was really comfortable; it is a really attractive life, but there is no ultimate purpose. So I decided to go to Africa, and when I told everybody, they were like, “Yeah. It’s time Nic. Surprise it took so long.” So yes, my family was very supportive. 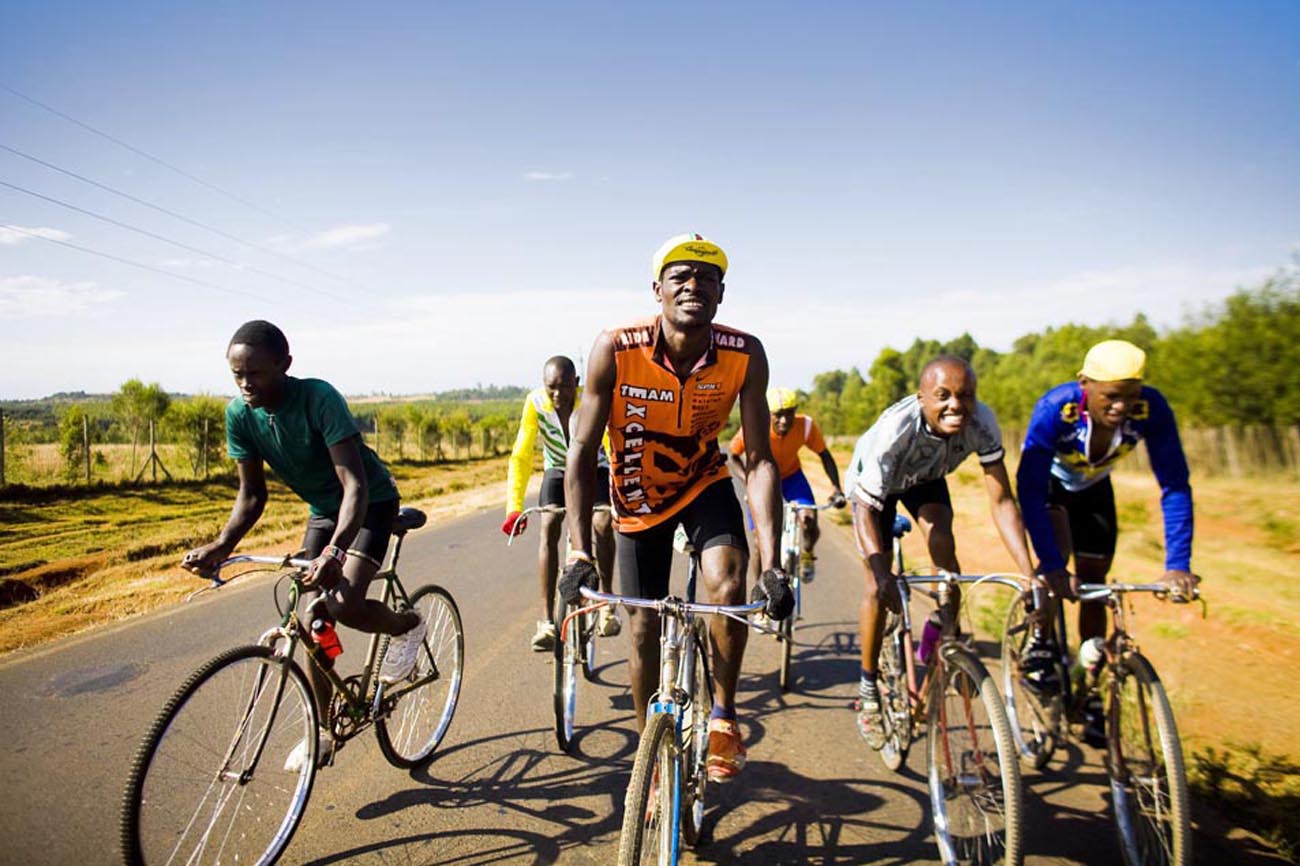