The beauty of the Beiteddine Palace in Lebanon was accentuated by the absence of a horde of tourists. I probably ran into four people while exploring the grounds. There was also the occasional minder making sure we did not enter blocked off areas.

My friends were right — this place is pretty.

Mosaic from the 5th-6th century in the former stable

I was ready to leave after wandering around for about two hours. With every step towards the mid-afternoon, I began the task of plotting my way out of this town. There were a few cars and minivans parked outside the Palace. I could ask for a ride, I thought. 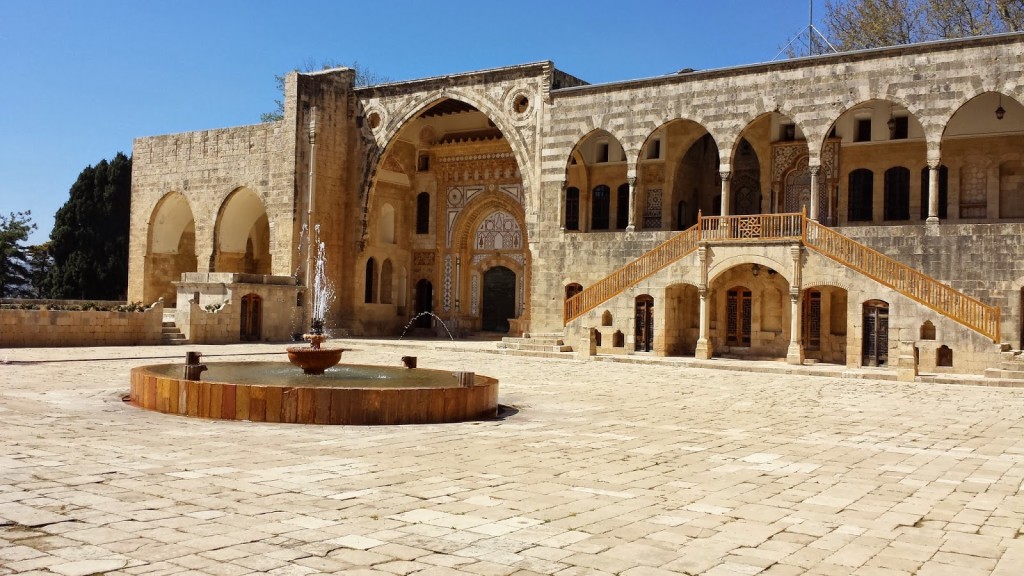 The fourth side of the courtyard, looking out to the hills and valley. 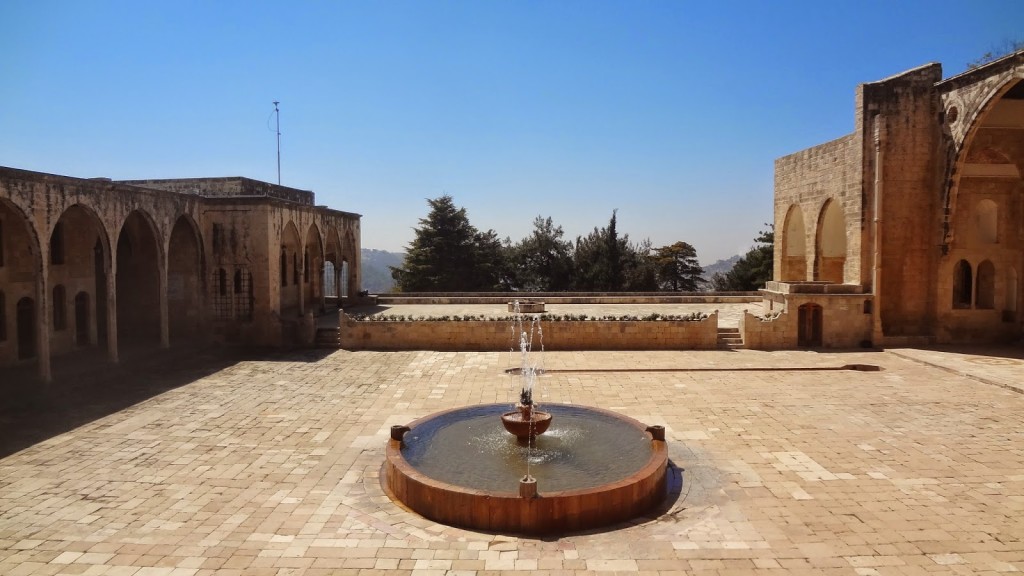 Then again, who knew where they were going, and what sort of characters would occupy those vehicles? Let’s not forget their impression of this lone traveller who refuses to speak Arabic. Could he be pretending? After all, he looks like one of us. At least that’s what my tour guide had said to me a couple of days earlier. I had also been mistaken for an Israeli, although why an Israeli might be wandering around so openly in the streets of Beirut escaped me.

(Oh, and did I mention being stopped by the police because they wanted to see my passport?)

I walked back to the same road my taxi driver had left me. There was no sign of traffic. The town itself looked like it was snoozing on a holiday. I took the road we came from and chanced upon a woman (probably in her 50s) waiting by the side of the road. So there is a bus that comes here!

‘Bus,’ hand gestures pointing in the direction of traffic, trying as best as I could to explain the roundabout I initially got off at, ‘Beirut?’

‘Ok.’ I took whatever she said as a positive sign. ‘You don’t speak Arabic?’ she seemed to ask. ‘No Arabi’, I said apologetically.

‘La’, this time I felt like an idiot, although on the plus side, I had remembered the Arabic word for ‘no’.

We watched cars go by every other minute. Their occupants looked at us as they passed. I imagined them thinking ‘what an odd pair that is’. Five minutes passed. Another ten. She says something in Arabic and I simply nod. After several checks with her watch, she somehow tells me I’m better off walking to the spot where I got the cab. I thank her and walked.

It was past two in the afternoon and all I had eaten was a hearty breakfast. If there was anything useful the guide book said about this place, it was that you should pack your own lunch because there aren’t many food options near the palace.

I pulled out the bagel I picked up at a cafe near the hotel and continued on my way. There was time too for a couple of selfies (which didn’t turn out as well as I’d have liked) and a video narrating what had transpired so far. A friend later told me he laughed at the video because I had mis-pronounced Beiteddine (bayt-AH-din instead of bayt-UH-din, which means something else altogether).

Twice in Singapore I had been offered lifts (without my asking) while walking down the hill from work and on the side of an expressway near my army camp. The drivers on this stretch proved to be less friendly — I tried hitchhiking three or four times. On the bright side, the valleys and hills — bathed in generous sunlight — were offering themselves for a visual treat.

The roundabout was a mere 20-30 minute walk from the palace. As I approached, I took hurried steps, ready to sprint, in case I spotted a bus in the distance. All I got were a few cars stopping to buy fruits or some sort of snack from a lone vendor. 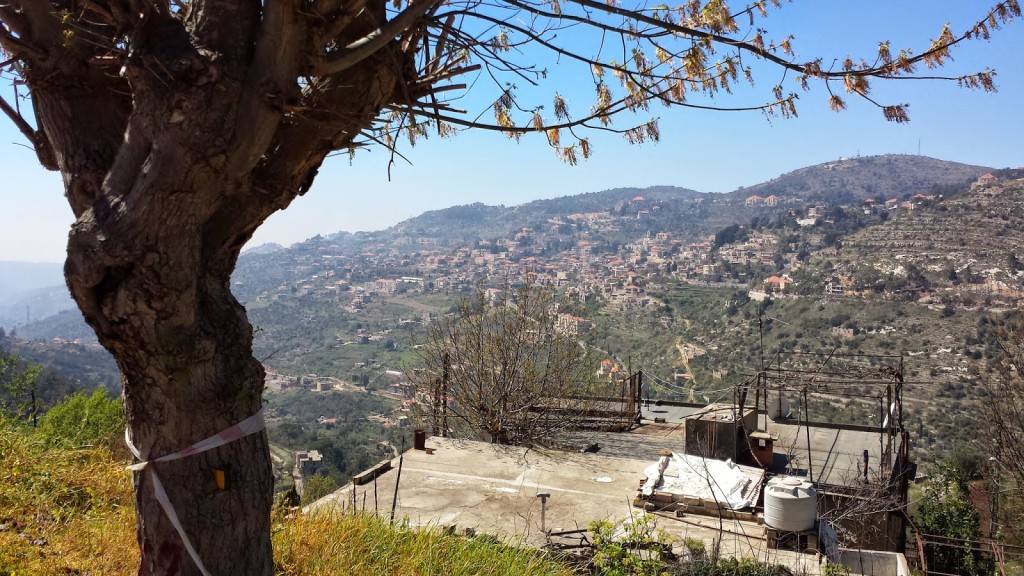 On my way to the roundabout

At this point too I entertained the thought of hitchhiking. It would make for a good story, something my friends back in Singapore would say was a brave thing to do. But fate had other plans because the bus arrived some minutes after. Out of habit, I checked with the driver if it would go to Beirut. He nodded, and I took a seat in the back.

what I think is the bus stop next to the roundabout

Before I actually got to Beiteddine, I had thought of visiting a village close to the town which is said to have classic Arab architecture (as pointed out by the guide book). I have to admit the thought of possibly missing the bus back to Beirut (they stop running by the late afternoon it seems), and my little misadventure itself, got the better of me.

All I wanted, as I surrendered to sleep in the lap of the droning bus, was a nice cold shower.

Read part one of ‘Bus to Beiteddine’ here.