“I know I’m talking a lot but when you talk about Nigeria, I get excited.” 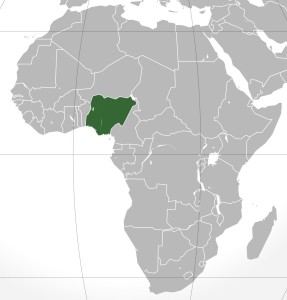 Nigeria, the most populous country in Africa

This was what Adekunle Adeyeye said in the middle of our interview. Listening to him and his wife, Adefolake Adeyeye, wax lyrical about their beloved homeland of Nigeria, one might never have guessed that they have been living in this Little Red Dot since 2000 and that all 3 of their children were born here. Adekunle or Kunle is a full Professor of Electrical and Computer Engineering at the National University of Singapore while Adefolake, or Folake, is a Research Fellow at the Nanyang Technological University-Singapore Business Federation’s Centre for African Studies (NTU-SBF CAS), Nanyang Business School. 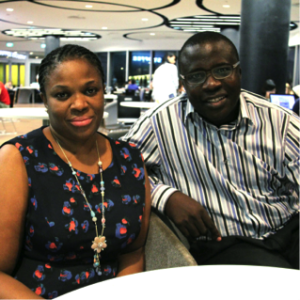 Kunle was first drawn to Singapore through the government’s drive to develop sectors such as data storage by attracting foreign scientists. His Singaporean friends whom he met and studied with during his days in Cambridge also encouraged him to come to Singapore. “That was the initial contact,” he said. He spent a few years here by himself, before moving back to Cambridge. Following his marriage to Adefolake, they returned back to Singapore where they have stayed ever since.

Both were aware of the stereotypes that confronted Nigerians internationally. Kunle stressed that there were successful Nigerians all over the world, who maintain a low profile and that it was unfortunate that those that made the news, did so for all the wrong reasons. He said, “because of the actions of a few, a lot of people get labeled as being corrupt in some form.”

Referring to the typical image of Africa as a place of wilderness, Kunle was quick to point out that “there are some places in Nigeria where at times you think you’re in London or Singapore even.” He adds that “until you’ve seen it for yourself … you can come out with a different perspective altogether.”

“Boko Haram is real, but it is not as bad as people make it out to be”

One of the things that come to mind when one mentions Nigeria is Boko Haram. Boko Haram is a militant group based in northeastern Nigeria and also parts of Cameroon and Niger.

Although Boko Haram is a threat, Kunle felt that the media’s extensive and biased coverage had negatively affected Nigeria’s image. As a result, people have become afraid to travel to Nigeria. The truth is, “Out of 36 states, Boko Haram is active only in about 3.”

The newly elected Nigerian President, Muhammadu Buhari has been active in snuffing out these terrorists. “There’s political will now to deal with them,” said Kunle, “The international community is also rising up to assist the government so I’m quite hopeful.”

Not only are these stereotypes towards Nigerians and Nigeria incomplete and misleading, Singapore and Nigeria actually share a wide range of similarities. On Singaporean values, Folake said that “It’s not so much a case of integrating them but it’s more of the reassurance that you can continue with those values.” Respect for elders and importance of family are common values that Singapore and Nigeria share. This is precisely why they have stayed here for as long as they have. In fact, Kunle and Folake are more comfortable raising their children here than in England.

Tropical humidity and the English language is another common denominator. Both countries lie along the equator and just as Singapore has Singlish, Nigerians speak a localized form of English known as Pidgin English.

“But there are also some very clear differences,” said Folake, “One of which is the size.” Nigeria’s population of 173 million far outstrips Singapore’s 5.4 million. The West African country is also expected to have one of the largest populations in 2050.

Nigeria has 3 main ethnic groups; the Hausa-Fulani, the Yoruba and the Ibo. However, within those groups, there are many other ethnicities. “We have 250 ethnicities,” said Folake, “And within those sub-groups we have at least 500 different languages.” 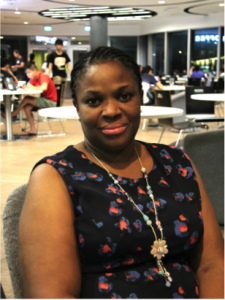 Working as a research fellow at the NTU-SBF Centre for Africa Studies, Folake aims to improve business and trade ties between Asia and Africa. “There are many avenues in Singapore that will help you actually if you want to find out more about the African market,” she said, “what are the opportunities, risks and challenges and what are the places that you can go to that will help you.”

Even though the interview was at the end of a long workday for both of them, the couple excitedly described Nigeria as a vibrant and dynamic place full of opportunities which they surely embody. Having lived here in Singapore for more than 15 years and feel very much at home, they are still anchored to their roots. They are an example of how “Home is where the heart is,” in which home is not necessarily just physical but also abstract, something which is carried around in their hearts.

The Centre for African Studies was officially launched in 2014 and is housed in the NTU Nanyang Business School.

The Centre aims to:

To find out more, head to: http://africanstudies.ntu.edu.sg/Pages/index.aspx