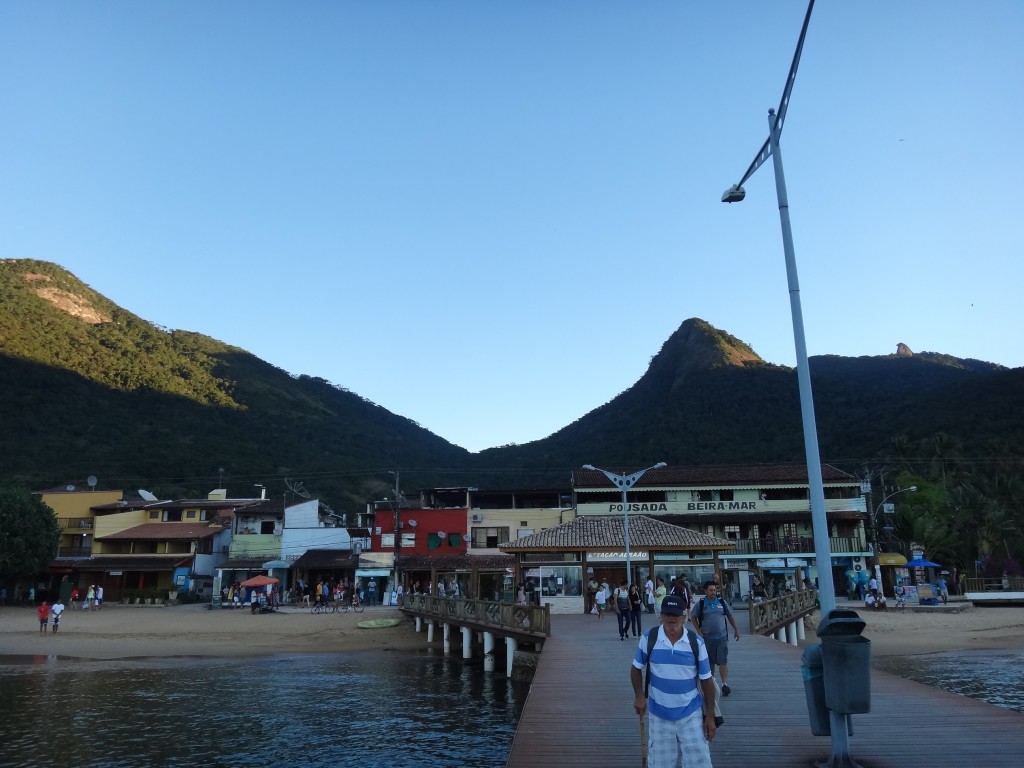 A view of the port of Abraao, Ilha Grande

The next destination was the beautiful Ilha Grande, which means Big Island in Portuguese. It was a highly anticipated trip after our hectic schedule of visiting universities and other institutions. This island is famous for its forests, where hiking trails can take 5 days to complete! It also has many interesting diving spots and beautiful beaches. Some of us took the land option during our stay there, hiking across a short mountain range to reach Lopez Mendes, a beach voted to be one of the most beautiful in the world. What made it memorable was not only the stunning white sand and turquoise waters, but also the fact that we barely had enough money to buy our lunch there. In the end, a friendly vendor gave us an additional pack of nuts for free seeing how hungry we were. Such a kind soul! It was a really fruitful stay as everyone got to know each other much better during that short stay there. 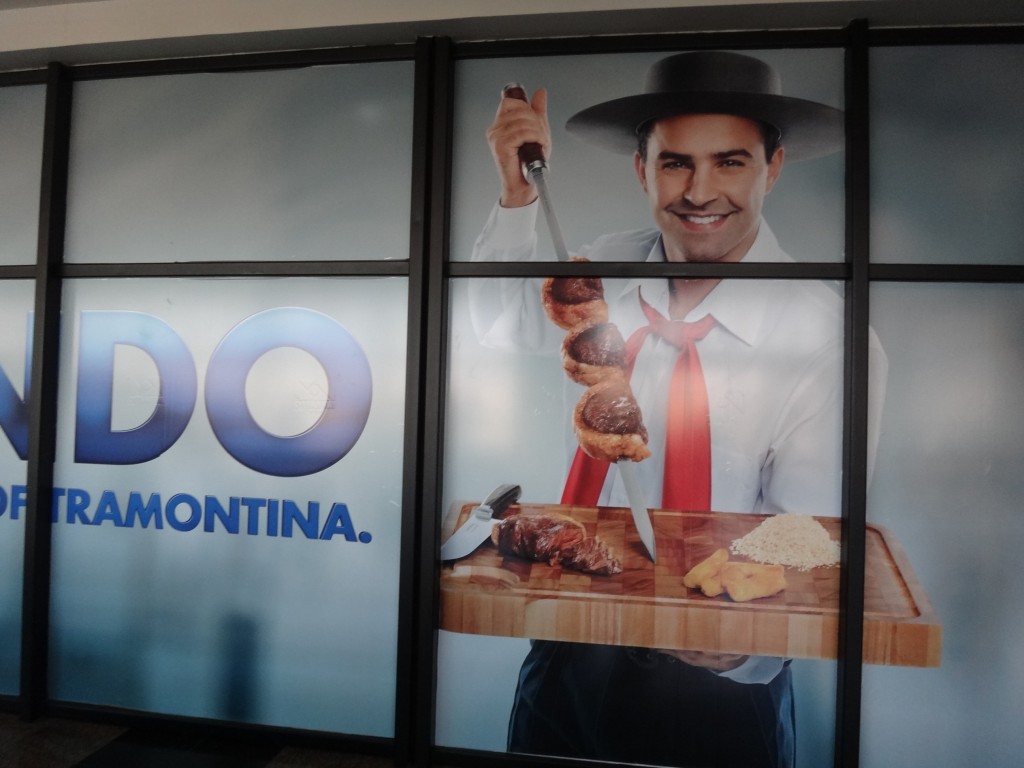 My last stop was Porto Alegre, a city that few Singaporeans have heard of. However, if you have been to Carnivore restaurant and wondered why Brazilians ate meat off skewers, you can find the answer in this place where churrasco (skewered meat) is born. As the city is located in cattle country, the region is famous in Brazil for its meat cuisine. Indeed, I had a great time at the local churrascaria (skewered meat restaurant). Waiters were busy serving large portions of meat of every kind and every part (including chicken hearts!) There was a live performance of the gaucho dances found in Porto Alegre, which many people in Singapore would find it similar to cowboys and the American Wild West. They had a spinning pendulum dance where the pendulum would make loud thuds on the wooden floor as it hits the ground. It was tremendously amusing when they invited three lucky guests to experience the dance up close with the pendulum swinging dangerously close to them. One was visibly terrified when she found out the dancer would try and knock something off her head with the pendulum while she was blindfolded. It was a really entertaining kind of dinner which I hope Singapore’s Carnivore will adopt! 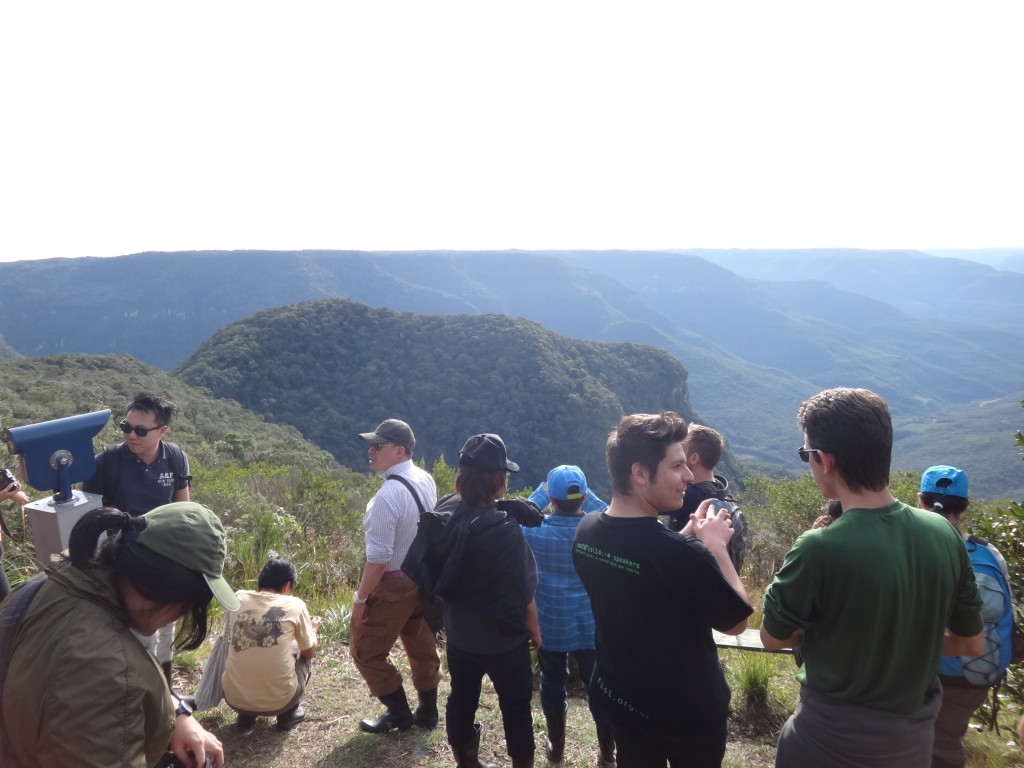 View of the surroundings at the research station

During our visit there, we worked closely with the students from the Pontifical University for some study projects. Hence, they brought us to one of their outdoor research stations in the countryside. The station was situated on top of a hill near the sea, so we had really stunning views of the surrounding plains when we reached. Of course, our trip there was quite eventful. The bus that brought us there broke down in the middle of the country road and blocked all the traffic. Everyone on the bus took the time to have a walk around and spotted these strange trees that looked like a Jewish candlestick. Apparently, these trees are the state tree of Porto Alegre called “araucaya”, which is native to that area. 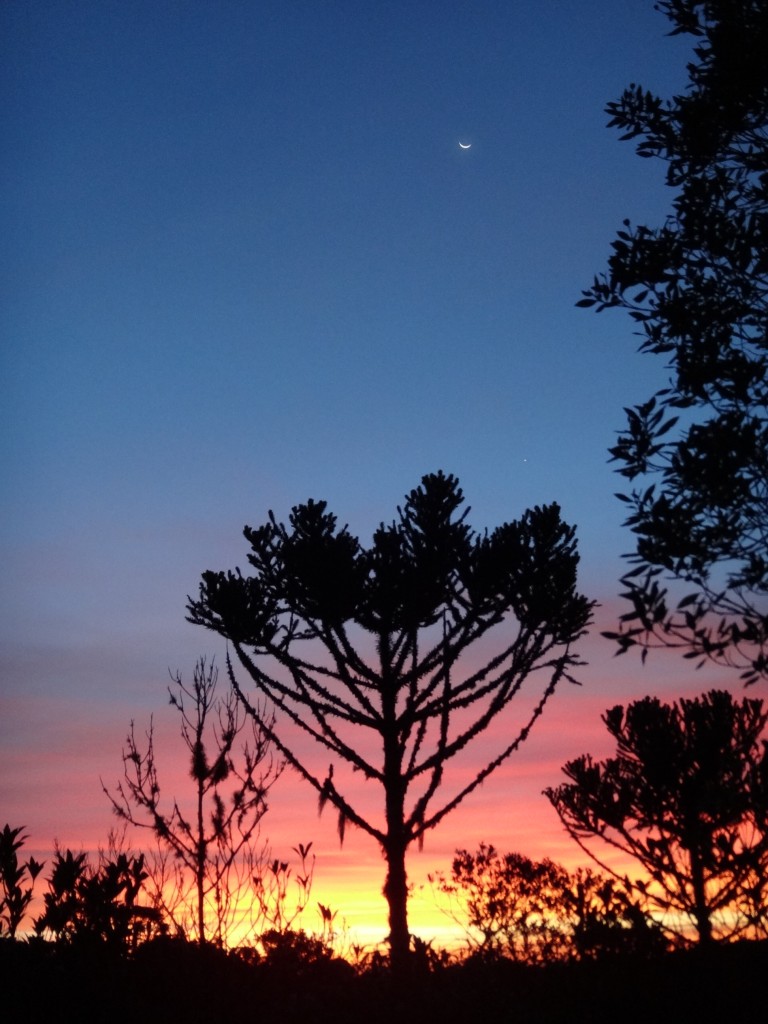 Upon reaching the station we had a tour of the surrounding land, learning more about the local fauna and flora. At night, we even had a chance to plant some seeds in the ground! It’s the first time I’ve ever planted something in real earth (not in a pot). Hopefully, it will grow into a strong and healthy tree when I revisit that place. 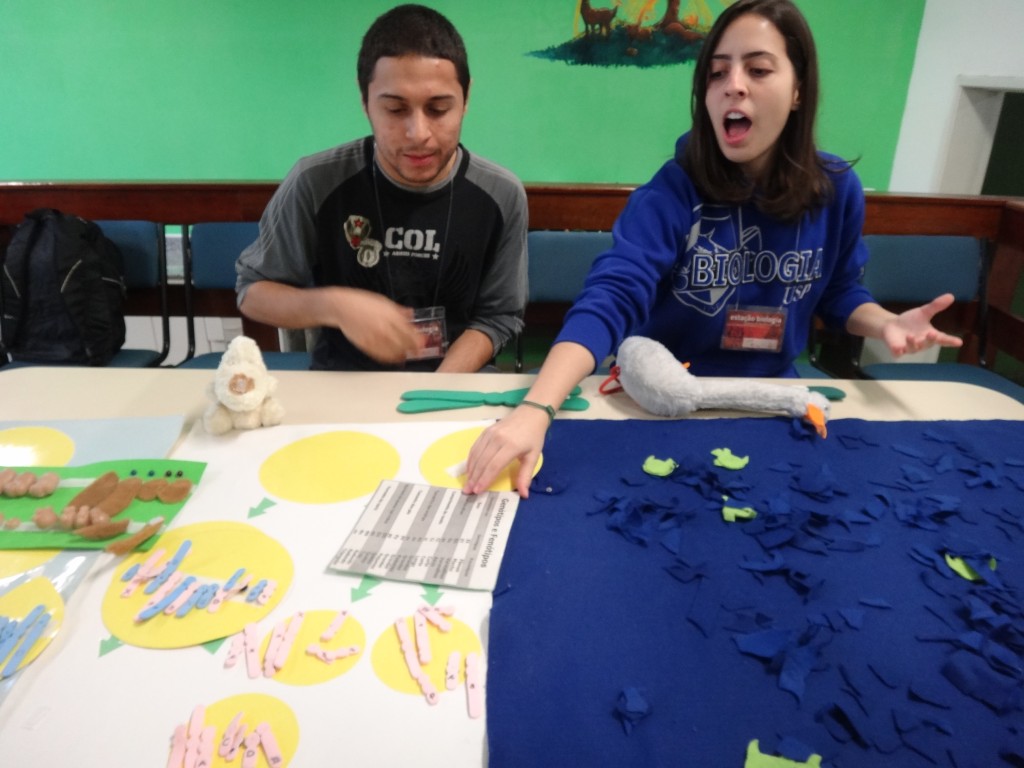 During the trip, I was fortunate to have the chance to interact with Brazilian students from so many universities. They were really friendly and even though their English was not very proficient, we managed to have some conversations nonetheless. They were likewise very curious about us, asking what kinds of food we ate and how Singapore looks like. I feel that such kinds of interaction are important since we hardly have the chance to know people on the other side of the globe. By establishing such friendships, both peoples of Brazil and Singapore can develop closer relationships and greater understanding, and maybe help each other in mutually beneficial ways. 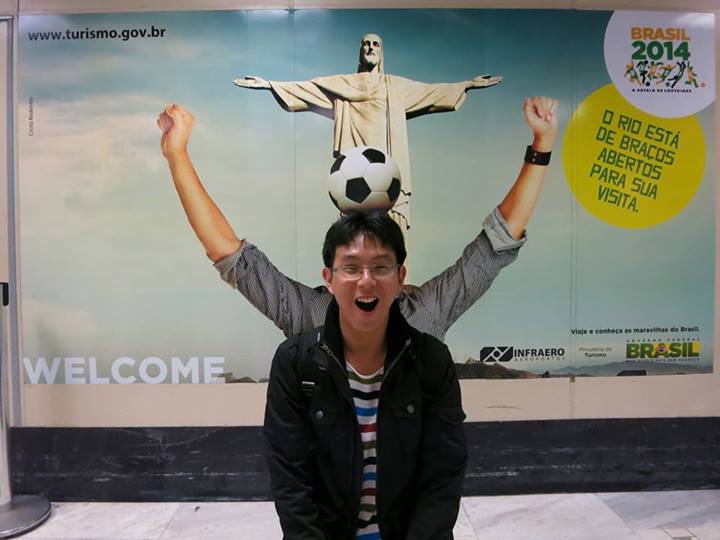 Me at Rio Airport

Also, we went to Brazil at a time when there were mass protests on the street. We were lucky not to have been affected negatively by the protests, although we had a brush with one protest as we were going back to the hotel after a dinner in Sao Paulo. We also had to leave our hotel very early in Porto Alegre to go the outfield station as there was a scheduled protest that day. While there are many factors behind the protests, I feel that the high cost of living is really an issue for Brazilians. As tourists, we already feel the pinch to some extent while we were there. The food is not cheap, costing about S$20 to S$30 each meal and even some of the items in the local supermarket are not affordable too. I could imagine how much harder it must be for the locals to make ends meet. With the country spending billions on hosting mega events and not spending them on improving the lives of the locals, it is quite obvious that some people feel they are neglected by the government. 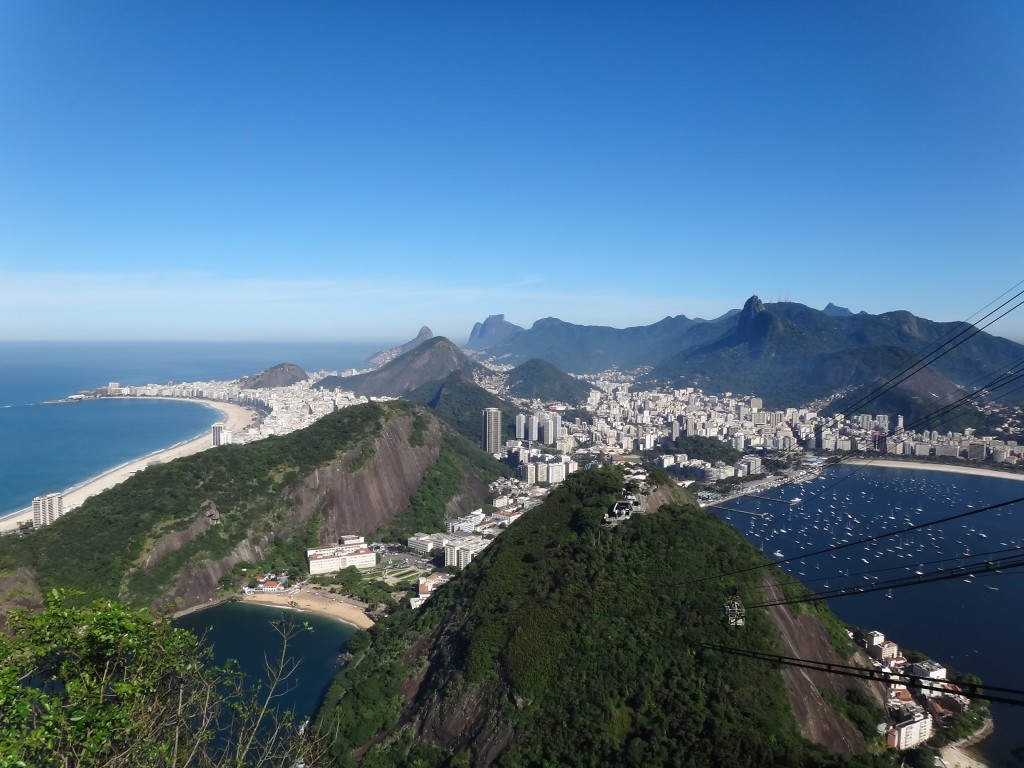 Panorama of Rio from Sugarloaf

Nevertheless, all these circumstances have made my trip to Brazil more rewarding than expected. Not only did I make many new friends along the way both in Singapore and Brazil, I also got to know much more about this country’s society and culture up close and personal. I would really like to return to Brazil one day, hopefully next year in time for the World Cup or 2016 for the Olympics, to continue my journey to understand this marvelous country of South America even better. 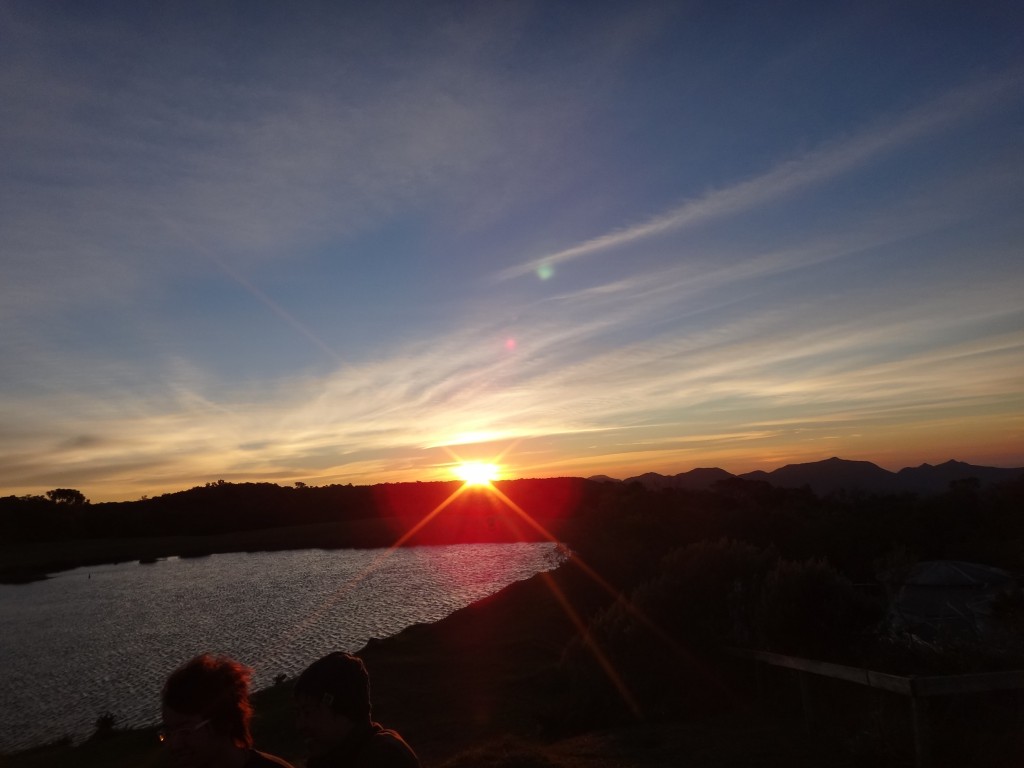 Sunrise at the research station

That’s all folks! This is the end of Liang Quan’s journey through Brazil. If you are an NUS student who is interested in going to cool places like Liang Quan did, check out NUS’s Study Trips for Engagement and Enrichment (STEER) Programme, which brings students to exciting places like Brazil, India, Middle East and more!