You’d be surprised how…

It wasn’t hot in South Africa 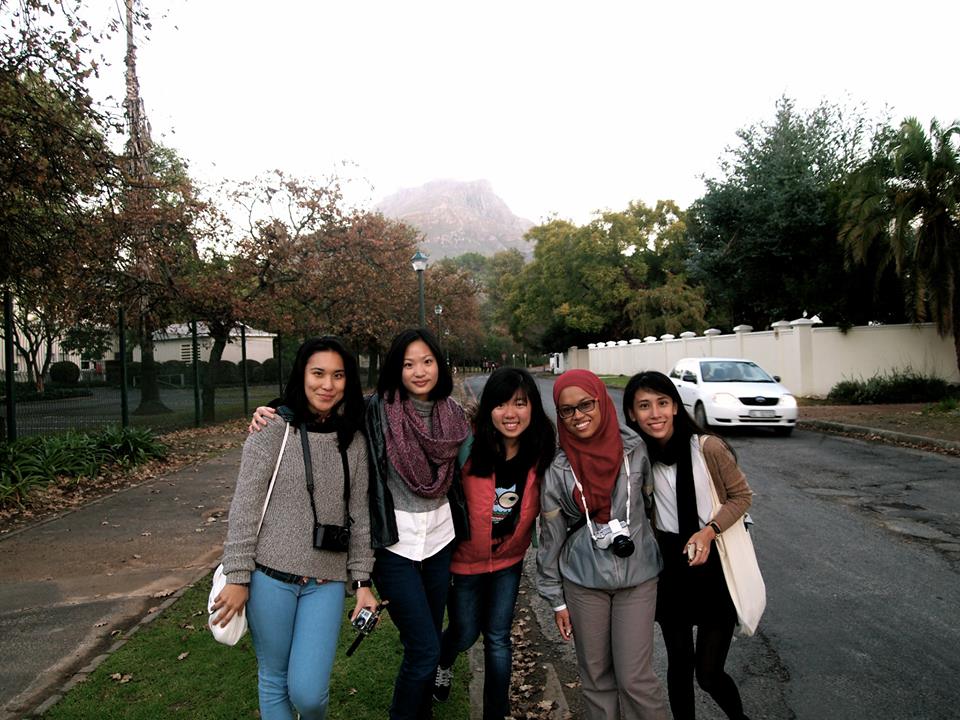 Fern was definitely not prepared for the weather. She was told to expect “mild” weather, but it turned out to be a cold winter of around 12°C.

Even after getting used to the weather, she was still freezing on the day of the sunrise safari, where a group of them woke up early to see the light in the windy, seven-degree morning.

South Africa is much more hipster than you think

Apparently, the café culture in Stellenbosch is very developed, probably even more so than Singapore.

The food Fern and her friends ate was “surprisingly Western”, as they patronised several cafés and had dishes like fish and chips. However, there were also dishes that had their own unique flavour.

“Local culture is very eclectic,” Fern describes. “They have all sorts of influences so their food becomes very fusion in some ways as well.” 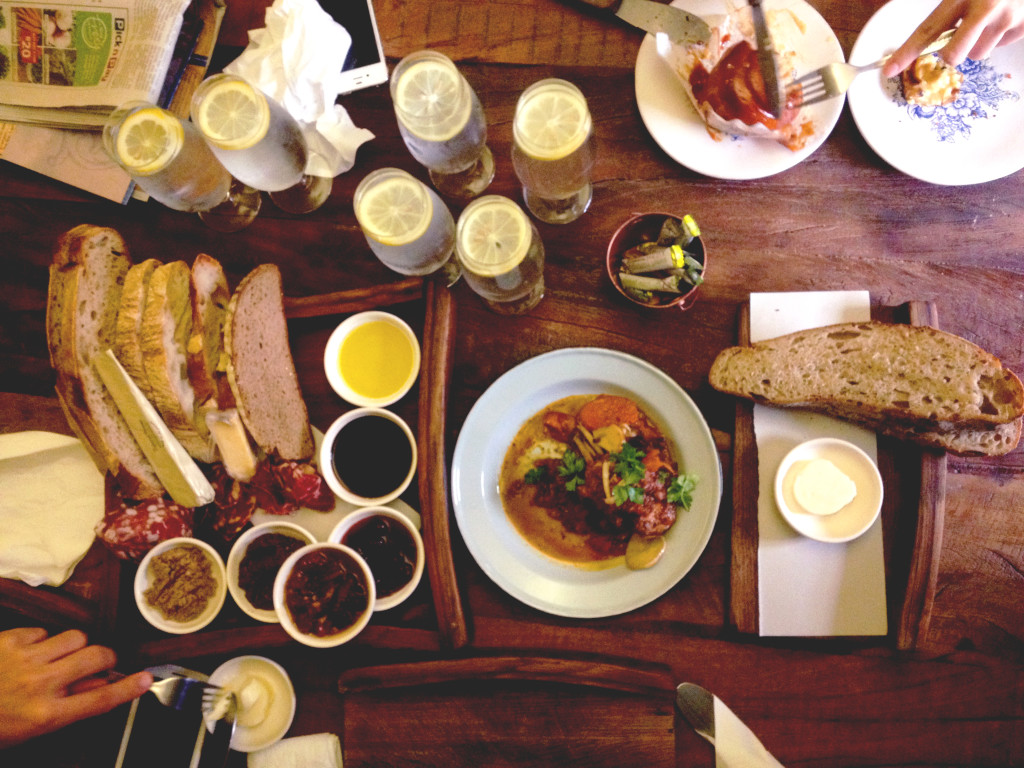 Eating coq au vin at a French restaurant in Stellenbosch

Of course, they also had local delicacies like malva pudding (a sweet pudding with apricot jam, drizzled with a cream sauce)and bobotie (spiced minced-meat baked with an egg-based topping). Going to Cape Town, they even had platters upon platters of meat – like sausage and beef – that they simply grabbed with their hands. 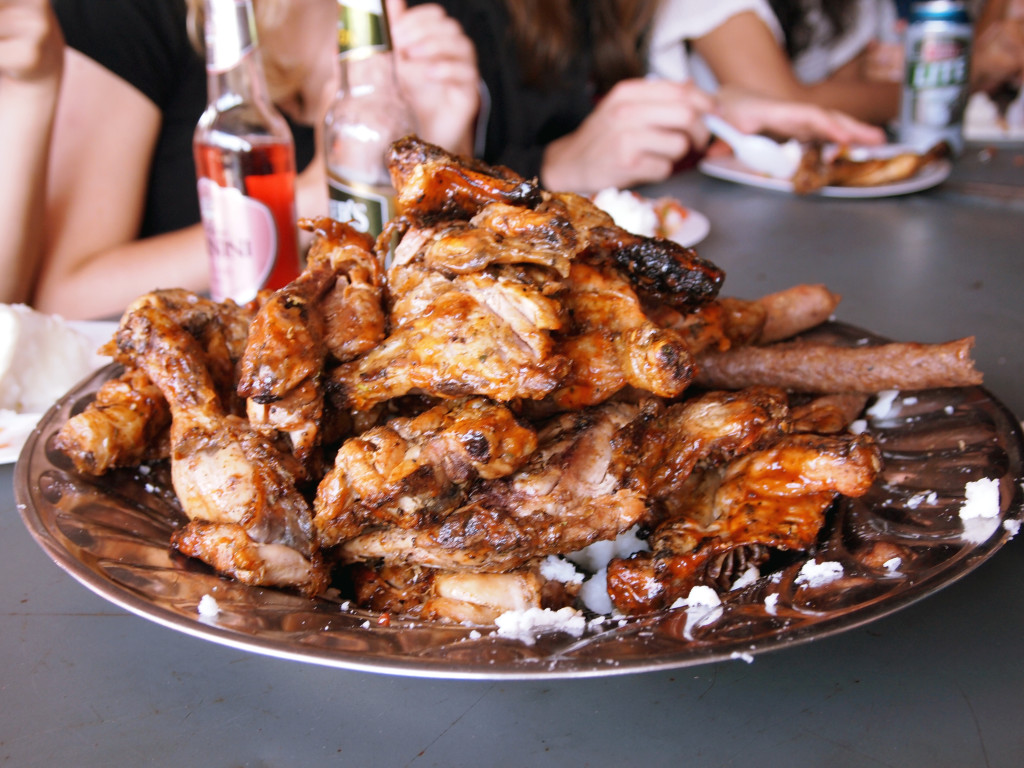 Another special treat was in the school’s cinema (yes, cinema). The popcorn they had was plain, with various seasonings – like fruit chutney, salt and vinegar etc – which you can shake onto the popcorn.

“Everything was good,” Fern commended. “The food was different but good.”

You learn more about yourself than South Africa 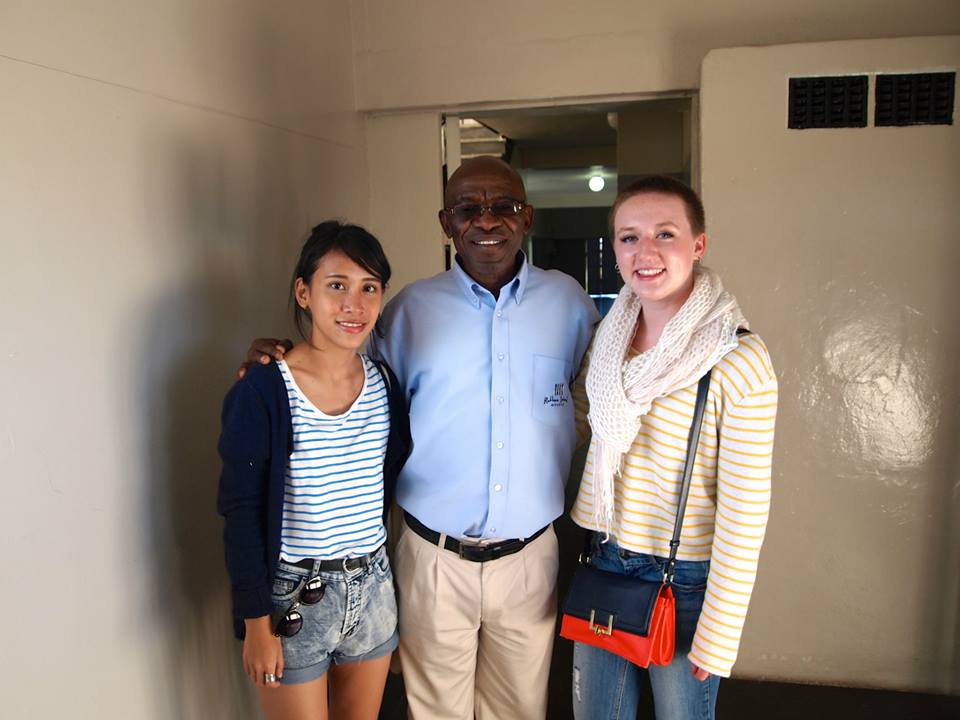 LESSON #1 On one of the days, the group of students climbed up a mountain. While Fern’s foreign friends walked high up, she and her fellow Singaporeans could only get up halfway because “typical Asians kept taking photos of everything”.

In fact, they even raved about a drain (shown below) because it was so pretty. 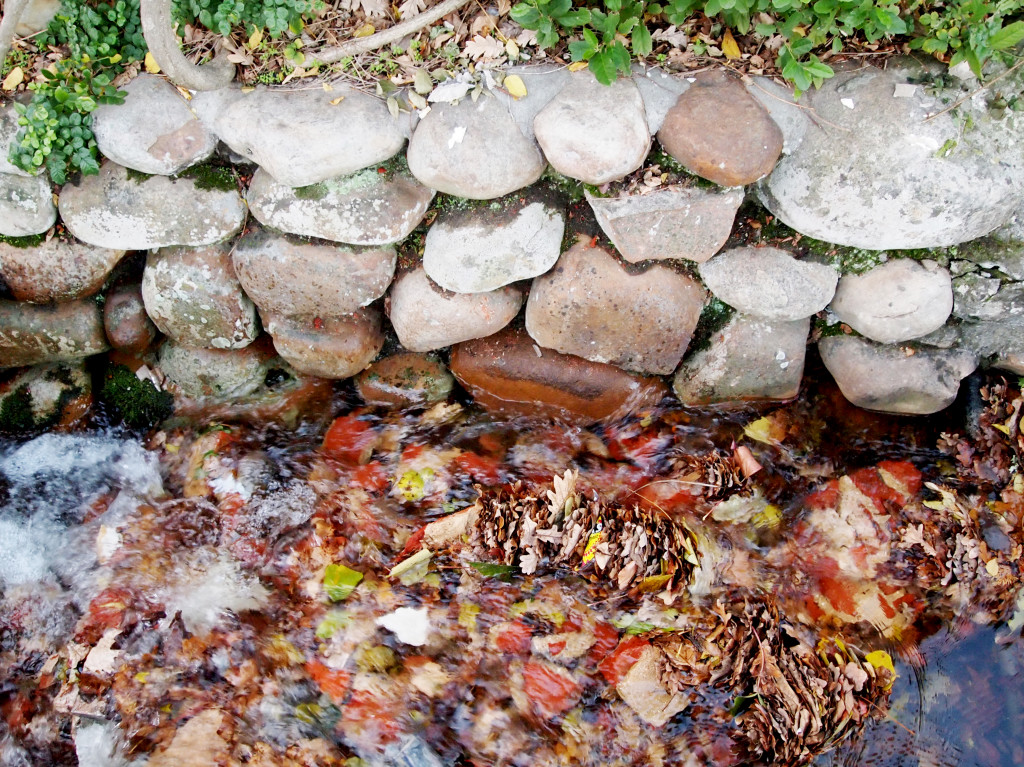 LESSON #2 Since attending Stellenbosch University, Fern discovered that the studying culture in Singapore is quite intense. Her French professor from NUS had told her, “I don’t understand how Singaporean students study so hard”, which she now found to be true. 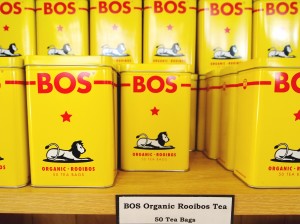 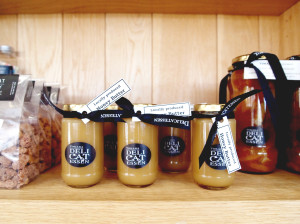 LESSON #3 Fern envied how South Africa was very supportive of its own local products, with majority of items – like biscuits, teas and spreads – belonging to the country itself. She wished that there were a similar support for local products in Singapore.

LESSON #4 She was touched every time the South African students sang their national anthem for the summer school students to hear.

“When we sing the national anthem, we only remember it. We don’t actually know what the meaning is,” Fern confesses. “But when they sang it, they sang it so proudly. It’s ironic that there’s still inequality that exists (in South Africa), but it’s a very hopeful place.”

At the end of the trip, Fern became more aware of her own national identity rather than the South African culture.

“I can’t say I definitely know what South African culture is, but I know my own country a bit more.”

Love for a subject 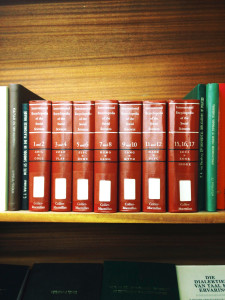 Fern considered herself one of the lucky ones where lessons were concerned. One of her friends was in a class that had a different guest lecturer everyday, and was quite dull because of that. In comparison, Fern loved her philosophy classes, which were always thought provoking. The class studied figures such as Karl Popper, Thomas Kuhn and David Hume, and covered the philosophy of science, culture and political philosophy. They learnt about moral philosophy as well, and the theories of utilitarianism, Kantian philosophy and an African philosophy called Ubuntu.

Your most valuable possession 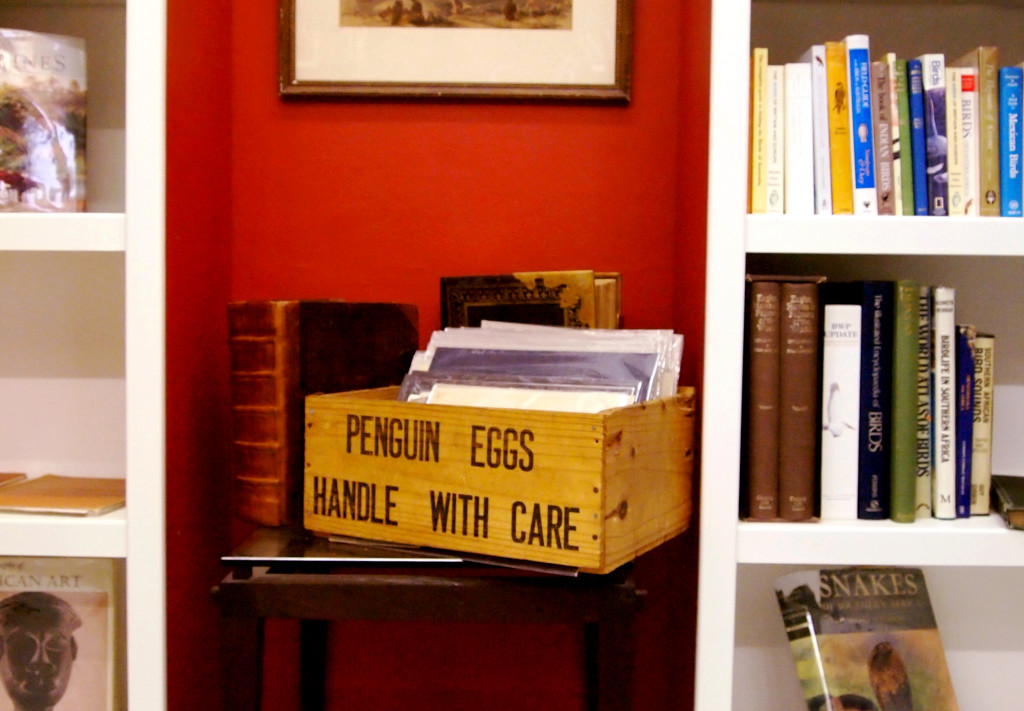 Once, the group of students decided to exchange foreign currencies with one another. One of the South African students picked up Fern’s Singaporean coin and told her “I want to keep this” before handing her an arcade token in exchange.

He said, “This is the most valuable thing you will ever have in your entire life. You can’t use it anywhere but here.”

Fern was touched by the young man’s sincerity and found that the token indeed became something invaluable to her. 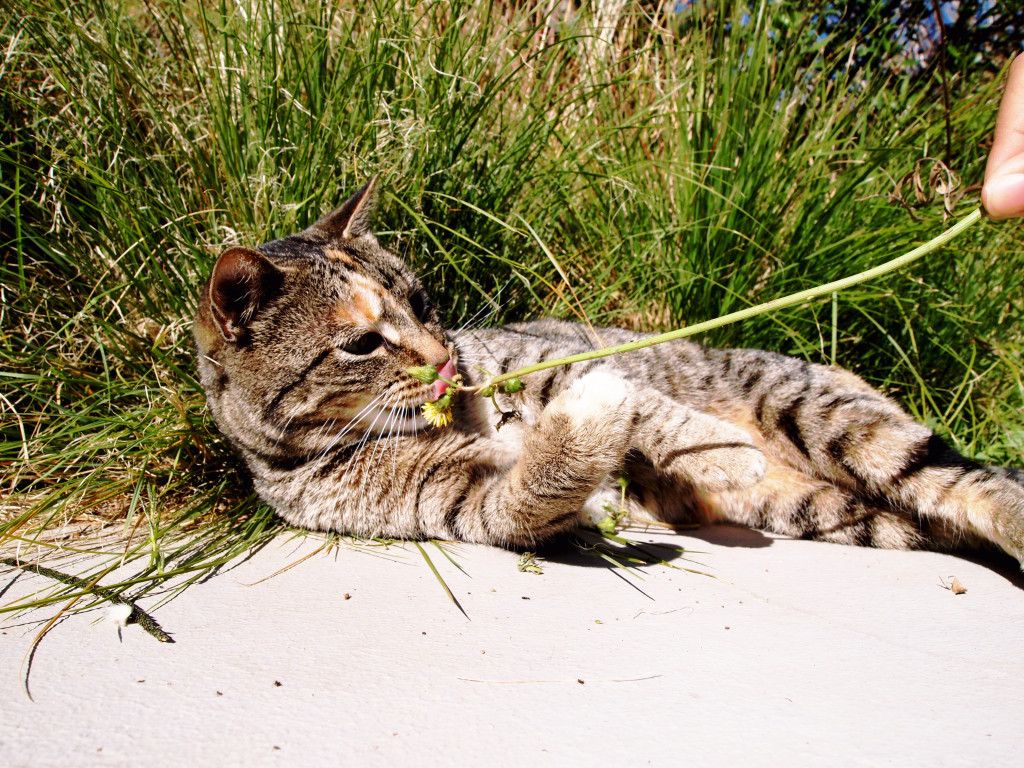 Being part of a school programme, Fern had the chance to interact with many of the local students, who she found to be very nice people.

“They really showed us all around the place,” Fern recalls. “I remember once I lost my specs and I told this guy about it. My eyesight’s really bad so I really couldn’t see. He would then always check in on me like, ‘Have you found them yet?’ and he even said, ‘I’m going to send a mail to the main programme coordinator and I’ll let him know so we can settle this for you.’ When I found my specs, he said, ‘Oh I heard that you found them, that’s good.’ He was very nice.”

An appreciation for the little things 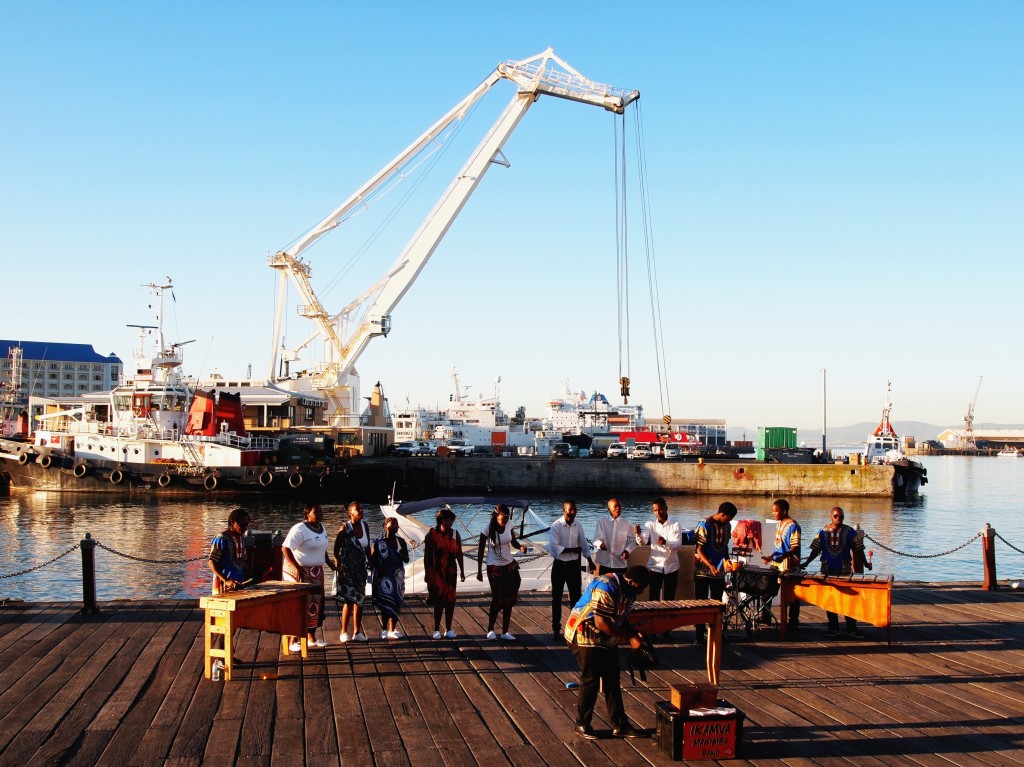 While many of Fern’s peers attended additional activities, which incurred extra charges, she was hesitant on participating.

“I guess some people felt like, ‘My parents are already doing this for me I might as well enjoy myself’,” Fern says. “But I felt bad since I was already there on their account.”

She questioned herself if there was something wrong with her for not wanting to go for all these other activities, but eventually concluded, “I think I saw different things from what they saw.”

To those who wish to travel to South Africa, Fern advises you to “keep an open mind, a very open mind. Remember that it’s common to think ‘I want to see everything’, but try to see everything in the smaller things. You don’t have to see the mountains and the seas to be able to appreciate the beauty of the country.”

What is one thing you learnt while overseas? Let us know in the comments!