It was nightfall. My bus pulled out of Istanbul’s main bus station, heading into the darkness of the Turkish countryside. I was due to arrive in the town of Gümüşhacıköy the next morning, after my bus had traversed almost half the length of the entire Anatolian landmass.

I was headed to Gümüşhacıköy, a town far from the tourist circuit in Turkey, in order to work on an organic farm there. Using WWOOF, which is a website that allows people to search for organic farms all around the world to work at in exchange for food and lodging, I was able to become a volunteer for two weeks this June on my host, Mr. Bayrak’s farm.

The farmhouse on Mr. Bayrak’s farm

One of the reasons why I wanted to work on an organic farm in Turkey was to practice my Turkish, which I had been learning for the past seven months. True enough, one of the first things Mr. and Mrs. Bayrak said to me, while we had our first breakfast together in their home, was that I needed a new name! My name, Eugene, was apparently too difficult for them to pronounce as they could not speak much English.

This was how I became Yusuf for the next two weeks.

Before I started work, Mr. Bayrak gave me a quick walking tour of his small farm, which he decided to set up after retiring from his job as a teacher. Together with his wife, they single-handedly manage the farm and the wide variety of crops that they grow organically. 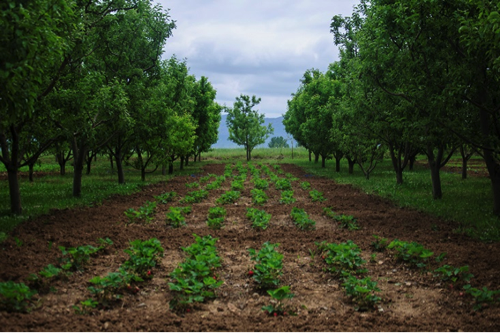 Most noticeable on the farm are the many rows of apple trees, and the plots of strawberries and beanstalks between them. There are also a smattering of cherry trees, quince, raspberries, and other plants whose Turkish names I could not decipher and have since forgotten, regrettably. A chicken coop and a number of bee hives complete Mr. Bayrak’s farm. Some of the ingredients in the meals I had with my hosts came directly from their farm—fruits, herbs, eggs, honey, among others. 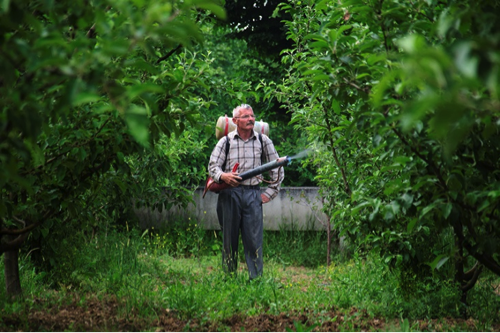 Mr. Bayrak spraying his vinegar-based pesticide on his apple trees

My first and primary task on the farm was to pick strawberries, which happened to be ready for harvest while I was there. Picking strawberries does sound easy and fun until you try to pick a few kilograms worth of it. After all, as the strawberry plant is rather low-lying, you will need to either squat or bend your back to pick its juicy, red fruits. Not surprisingly, I could barely move my legs after my first afternoon picking strawberries. 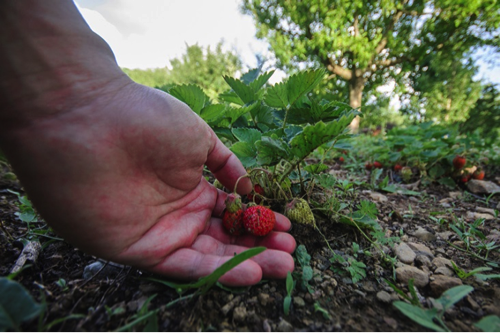 Nevertheless, a perk to this job was that I got to eat fresh strawberries whenever I wanted. Mr. Bayrak gave me free rein to eat the strawberries I picked while I worked to fill up my bucket with them. They were indeed as delicious as they looked! 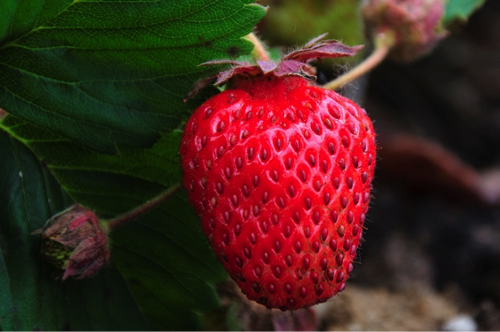 This juicy red strawberry just asks to be eaten

Rather than being sold as strawberries, most of the strawberries grown on the farm are used to make jam by Mrs. Bayrak, who then bottles it and sends them to various organic stores around Turkey to be sold. Apart from jam, Mrs. Bayrak also makes marmalades and vinegar. In fact, I am proud to say that there are now more than a hundred bottles of organic hawthorn berry vinegar around Turkey that were bottled and labelled by yours truly. 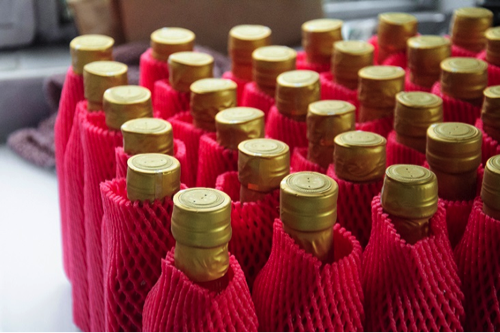 The organic hawthorn berry vinegar that I bottled

The other task which occupied most of my time was to make the wooden poles to support the fast-growing beanstalks. Armed with an axe, I spent many hours sharpening the ends of wooden branches that Mr. Bayrak had collected, before sticking them into the plots of young beanstalks. 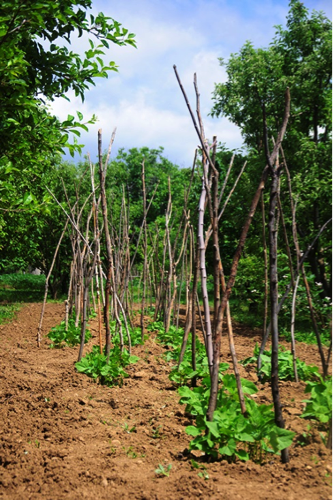 Beanstalks and the wooden poles I made

My favourite aspect of working on Mr. Bayrak’s farm was how often he had guests coming over. Every single day that I was working there, a friend or some relatives of the Bayrak family would come by and have a chat. Although I had to make coffee for every guest that came, I always enjoyed sitting by the side, trying to figure out what they were saying in their rapid-fire Turkish. It was also interesting that I was working on the farm during the general elections in Turkey, and so politics naturally factored into some of those conversations. Nevertheless, I could barely understand what was being said most of the time. 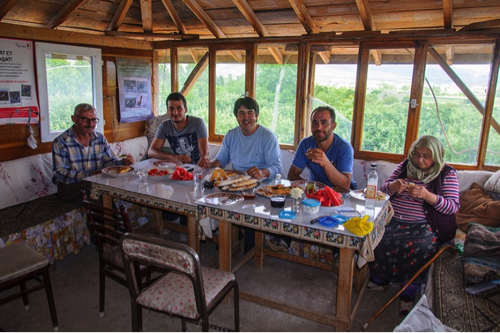 Mr. Bayrak, his mother, and friends

Apart from listening, I often also encountered many challenges in trying to express myself. I do remember explaining to Mr. Bayrak’s son-in-law with tremendous difficulty in my broken Turkish why I professed no faith in any religion when he asked. I also remember fondly my many simple conversations with Mr. Bayrak over the differences between government policies in Turkey and Singapore.

The view of Gümüşhacıköy from the farmhouse

My limitations in Turkish aside, I was glad for these experiences because they forced me to think about how to explain ideas about myself or my country in as simple terms as possible. Living and spending time in a place where English is hardly spoken does make one more mindful of how we communicate.

Finally, on my last working day on the farm, Bereket TV, a Turkish TV channel that specialises in programming about agriculture-related topics, visited our farm. They were there to film a documentary series about a women’s cooperative, Arı Kadınlar (literally “The Bee Women” in Turkish), that Mrs. Bayrak was a member of. One of the episodes in the series was to feature Mr. Bayrak’s farm, and as sections of that episode were being filmed, I was roped in to join the filming. This would be the first time that I not only appeared, but also spoke on television anywhere in the world!

A screenshot of the documentary from Bereket TV’s website

In a way, as I answered the reporter’s question about what I did on the farm in my shoddy Turkish, I was forced to take stock of my time with the Bayrak family. Although I was not able to communicate this in Turkish at that time, what I will remember most from my two weeks as Yusuf is the opportunity to step back from the hustle and bustle of my own life, and to devote my attention to appreciating other ways of life. Indeed, the days spent working on the farm and drinking tea will be fondly looked upon, but most of all, I will miss Yusuf. 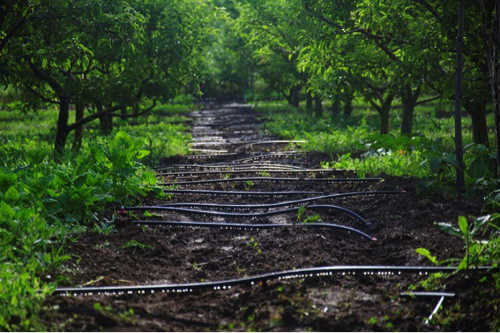