While doing a location recce for our Project: Sweet Escape, we chanced upon this little corner at Arab Street and we could not help but make our way in for some food. Granted, we were starving, but there is always time for food right? Join Angela and I as we discover the lip smacking Turkish cuisine at Sufi’s Corner. 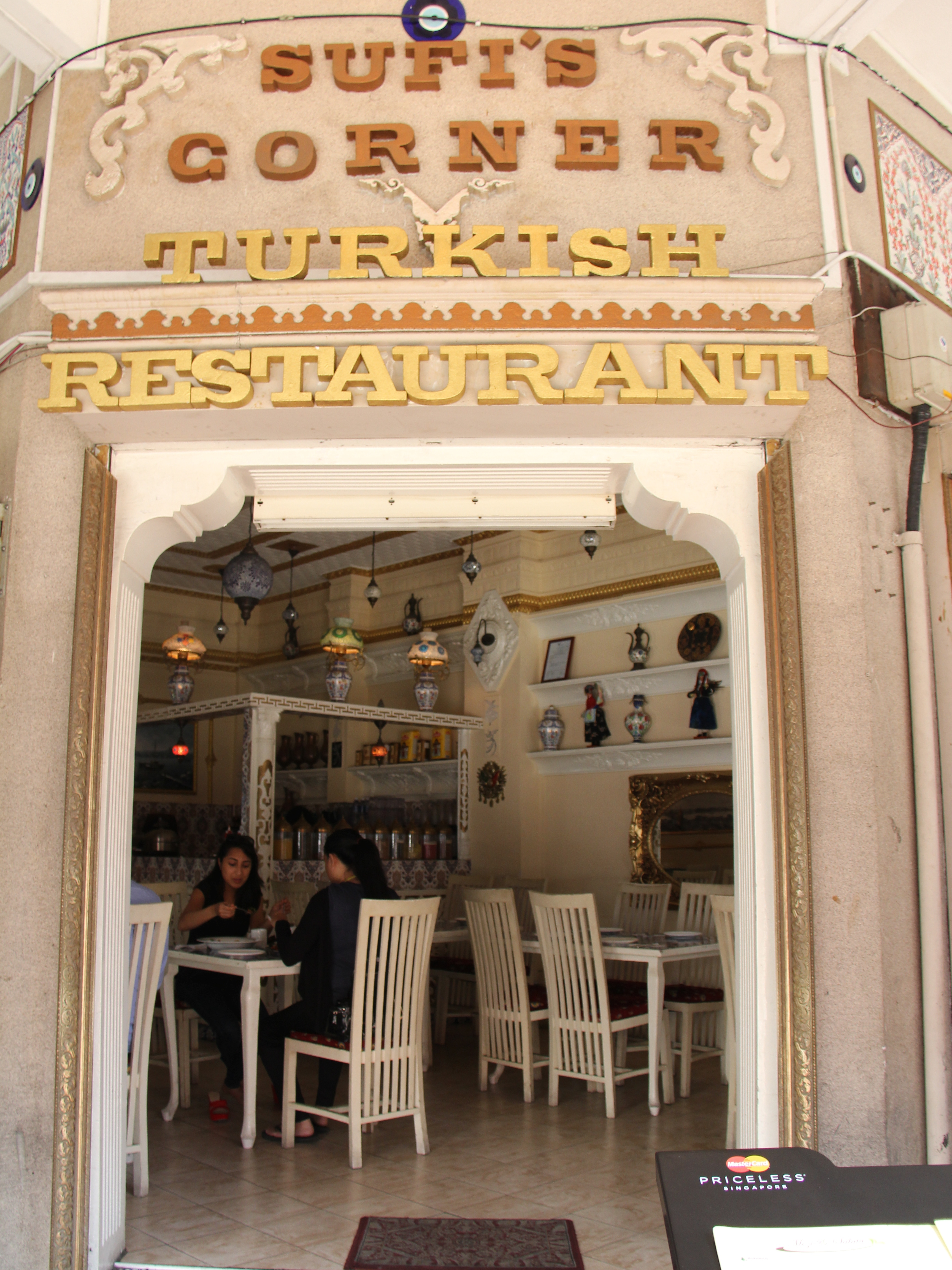 First thing that I noted was that the place had a peaceful quality to it on a weekday afternoon. It was quiet except for the rumbling of cars as they passed Arab Street. It was the perfect place to chill and watch the world go by. The interior of the place is filled with white walls, paintings and even bottles filled with tea leaves labeled and displayed on the shelf. 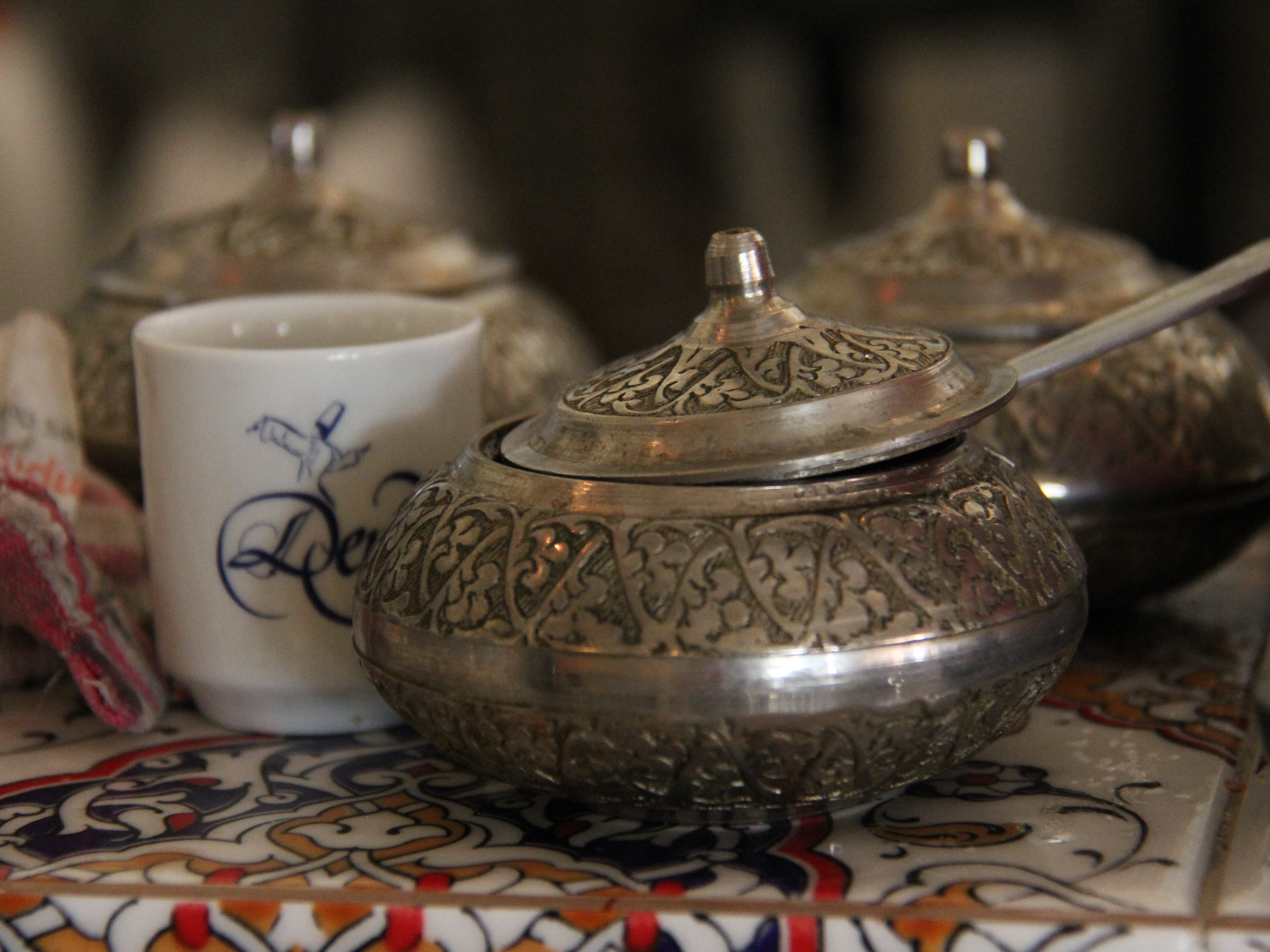 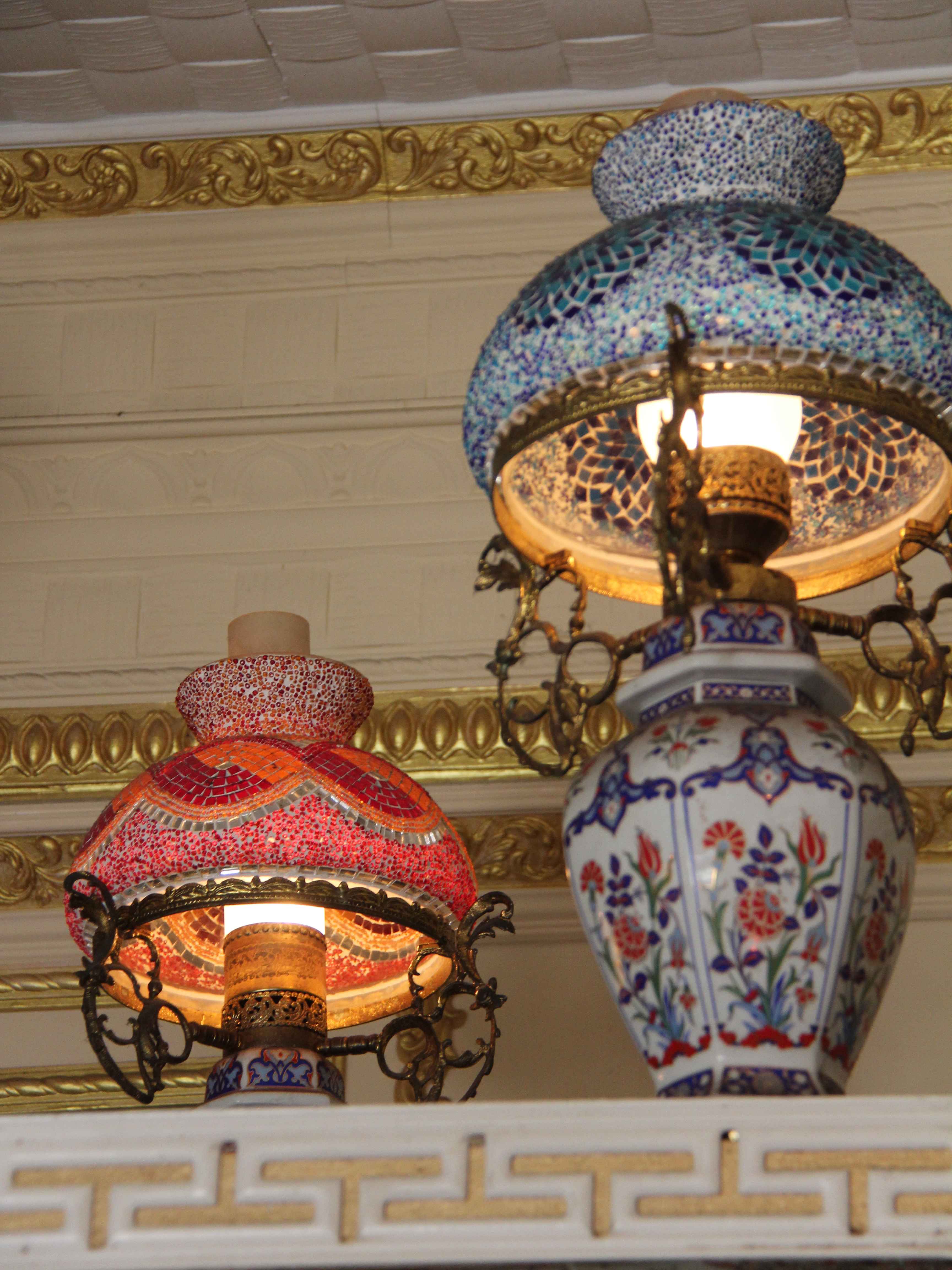 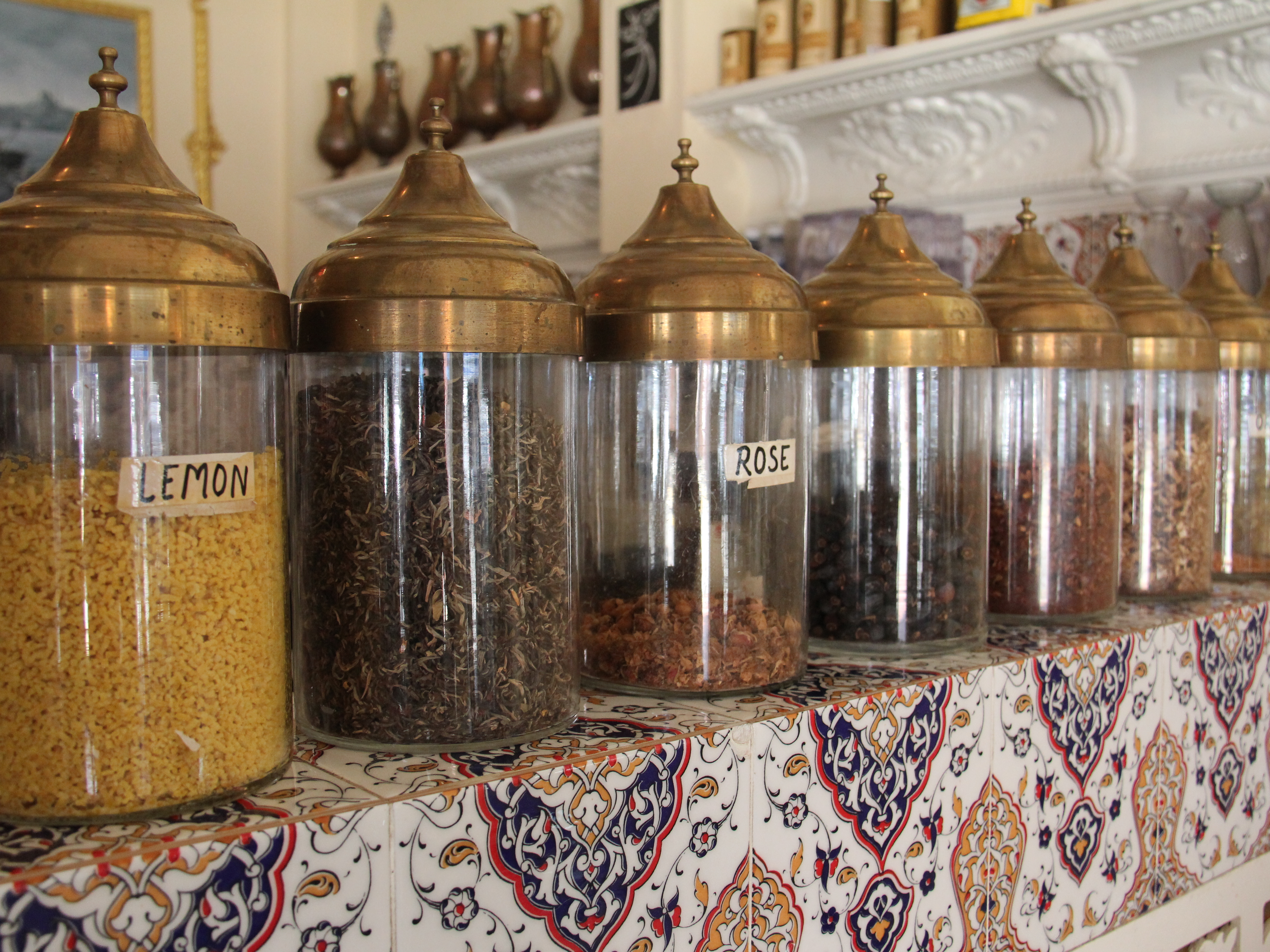 The staff were extremely helpful in helping us decide on what to get. They recommended the Adana Tavuk Kebab (Lamb), Patlican Musakka (Chicken), and Kunefe. We also ordered a jug of refreshing Apple Tea($9.50) to quench our thirst while waiting for the rest of the food to arrive. The apple tea was served in a really pretty jug. It was a novel way to serve our drinks but it worked really well. A group of tourists walked by and started saying things like “Hey the pitcher is gorgeous! Let’s eat here!” Well, that is one way to get customers. 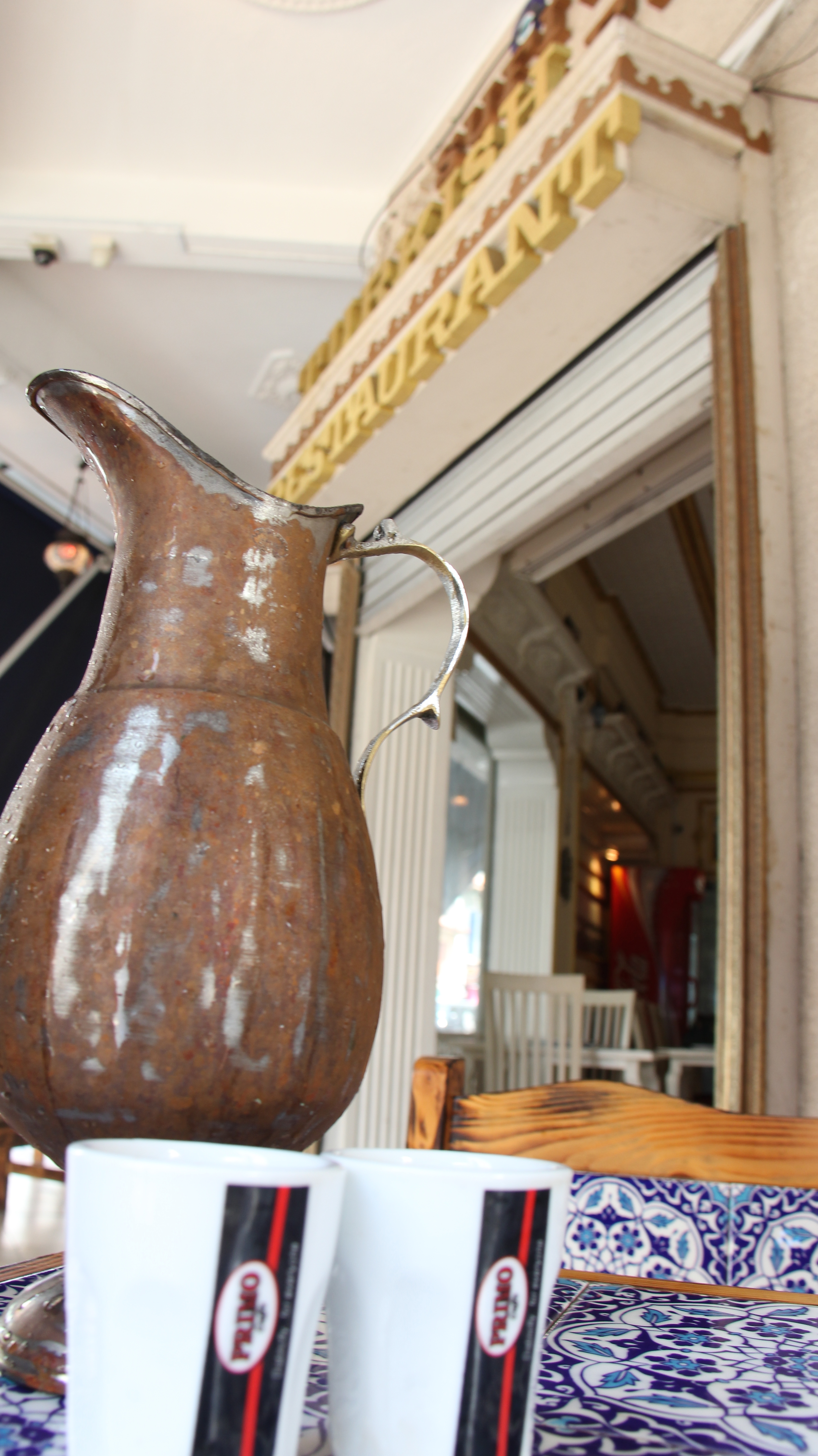 The apple tea in the jugs was enough to be shared by 3 or more people. We didn’t want to waste the drink (and our cash) so Angela and I ended up with bloated stomachs after gulping down glass after glass of the tea. The tea has a really strong apple scent to it and personally I found that very appetizing. It was the right balance of apple and tea. Initially, I was let down by how diluted it was. It was only when we reached the lower half of the jug that the tea was more concentrated. 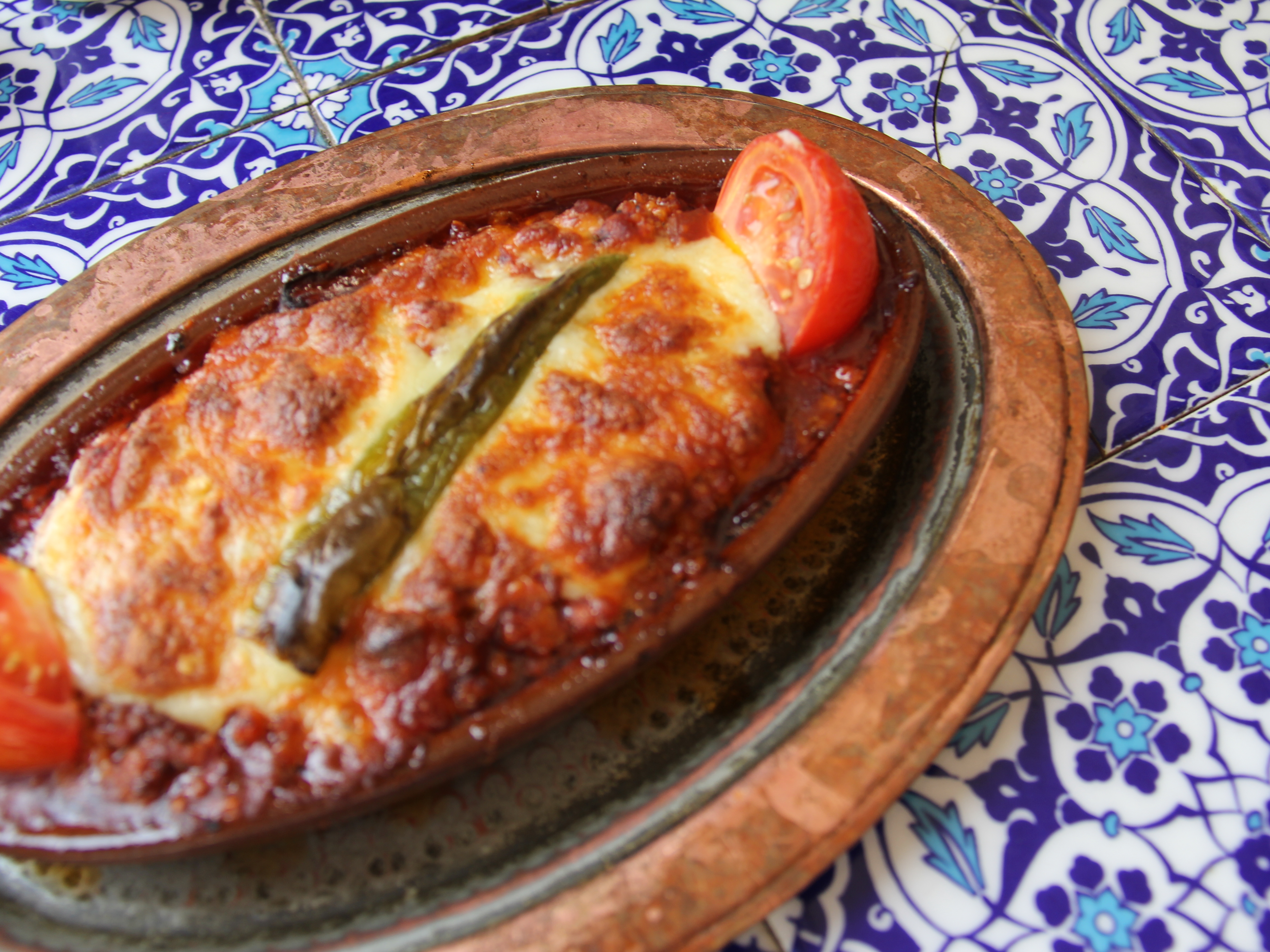 The Patlican Musakka (Chicken)($18) arrived first. It is a mix of chicken, eggplant, tomatoes and cheese. It was delicious, but the richness of the cheese meant that it would be a bit too much for one person to finish by himself. The dish would have been made much better with a little less oil. 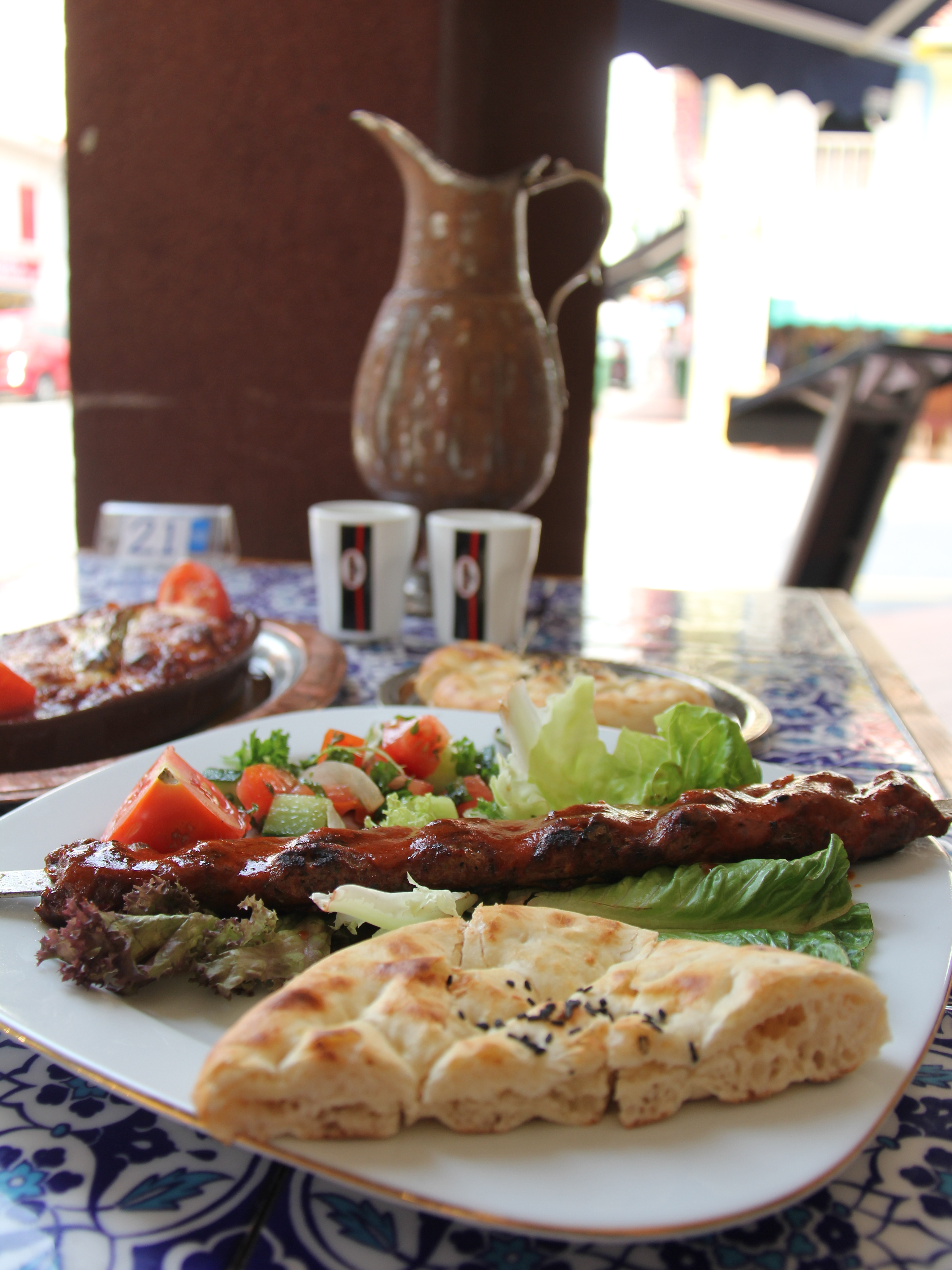 The Adana Tavuk Kebab (Lamb)($18) was served next and it was fantastic! This was my favourite dish for the day. The meat was tender and the aroma was mouthwatering. The lamb itself was presented on a sword-like skewer. I thought it would be dry from being cooked in the oven but it turned out to be quite fresh and juicy. 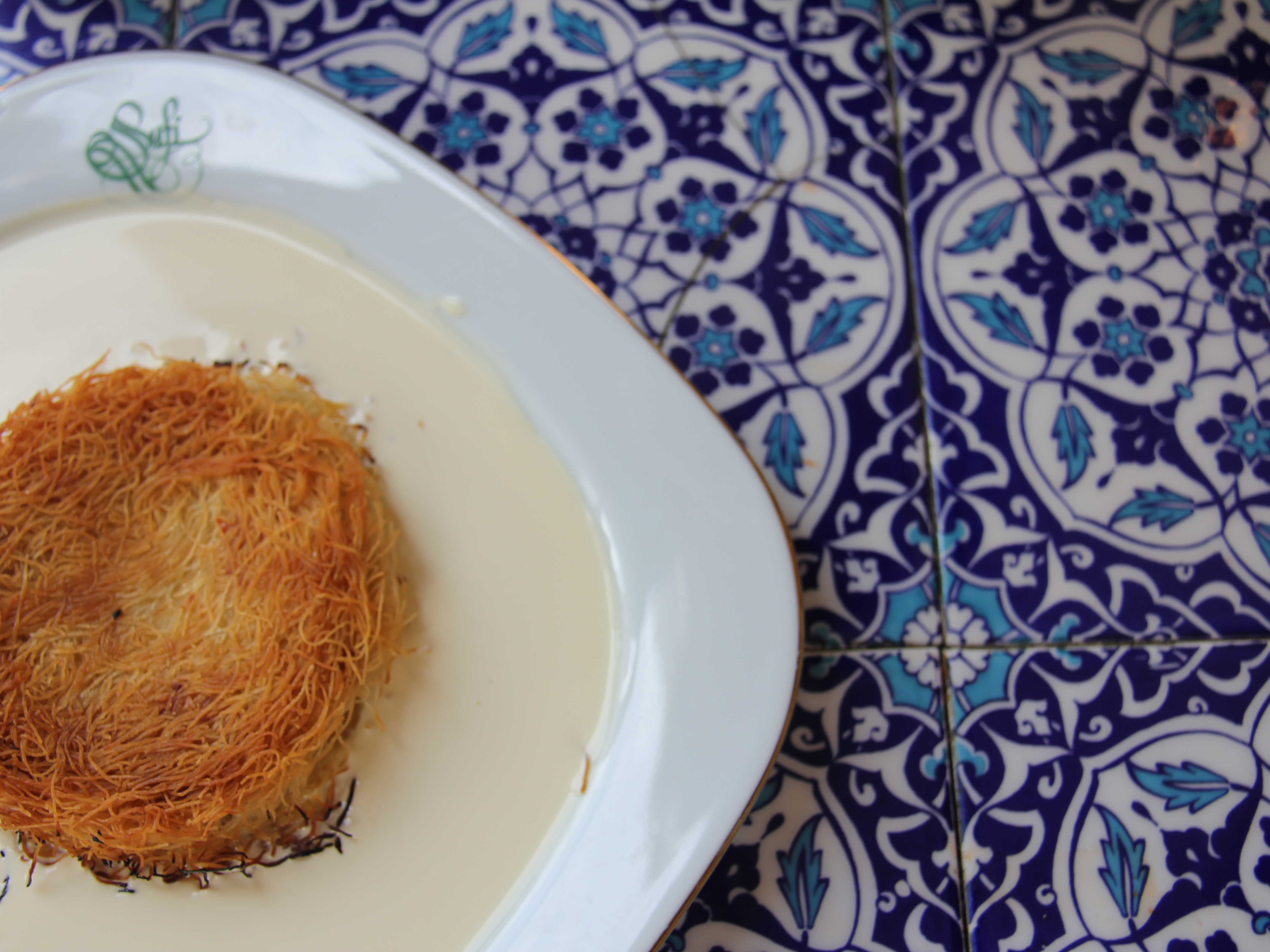 Last up was the Kunefe($9). I heard that Kunefe meant “slice of heaven” and it did not disappoint. Arguably the most well loved dessert in the restaurant, the Kunefe is made up of shredded phyllo pastry and unsalted cheese, pressed together to form a layered mat. Cream is then drizzled onto the dish and then served while its still piping hot.

The Verdict:
Sufi’s Corner is the perfect place to chill and and relax and chat with a friend for hours on end. The interior is beautiful but I would definitely recommend anyone to sit outside in the afternoon. There is just something about the warm and breezy air that makes you go “Ahhh peace at last”. A word of warning though, I heard there would be quite a number of people smoking outside at night so if you can’t take the smell, you are encouraged to sit inside. The food was definitely worth trying (especially the Kunefe!), so head down to Sufi’s Corner for some drool-worthy slices of heaven!

Sufi’s Corner is located at Arab Street. Alight at Bugis MRT station and take a 10 minute walk to reach the place.