Here are some passport stamps that we think will make your passport look way cooler than it already is – yes, you can’t get some of them at immigration but that makes it all the more fun doesn’t it? 😉 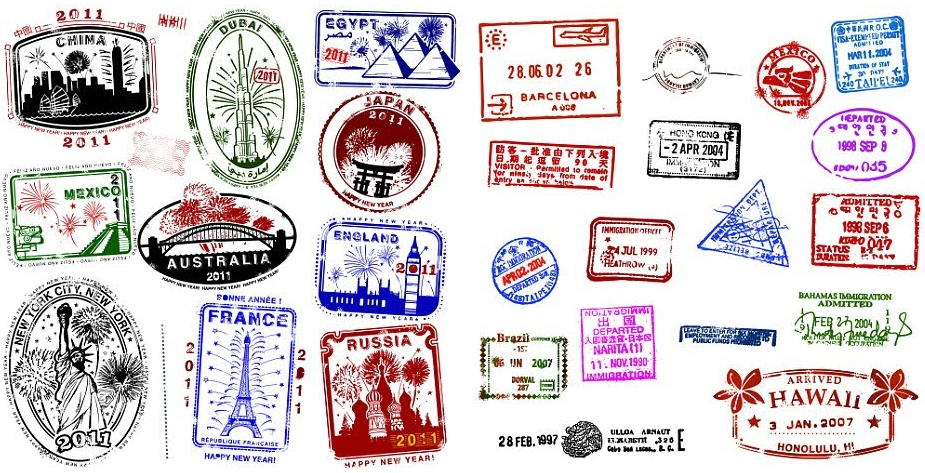 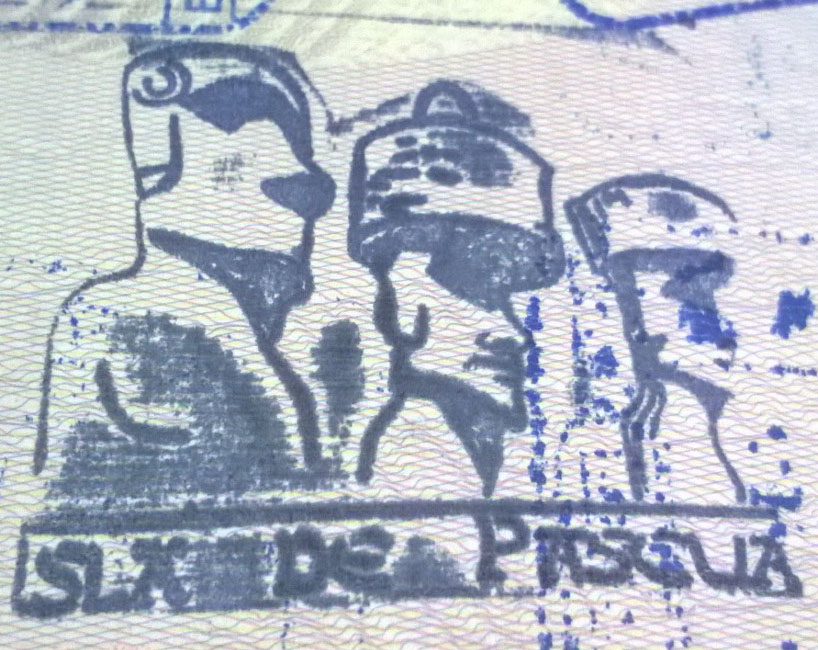 Famous for its monumental statues, Polynesian Easter Island (known locally as Rapa Nui) is one of the most remote islands on earth. Although it is a special territory of Chile, you can get a special souvenir Easter Island passport stamp at the post office (there’s only one in the island). 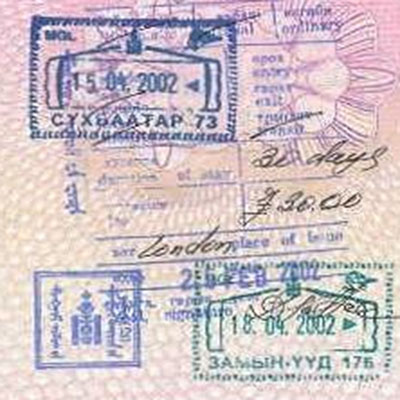 What would you think is synonymous with Mongolian culture? Well, if you didn’t know it’s Gers (or Mongolian huts) and that’s why if you look closely, the passport stamp is shaped like one.  So cool! 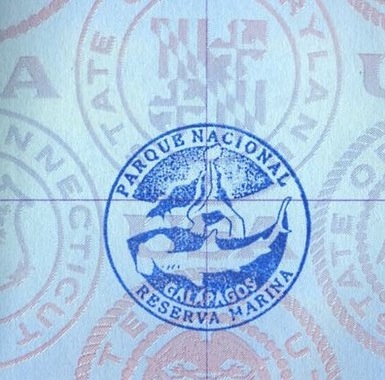 Made famous by Charles Darwin, the Galapagos is an archipelago of volcanic islands that is at the top of many a travel bucket list. From the incredible variety of flora and fauna to the diversity of animals, it’s an incredible place for nature lovers. Part of Ecuador, they also offer a souvenir passport stamp decorated with a sea turtle and a hammerhead shark

Learn more about Ecuador through the eyes of our fellow Singaporeans here. 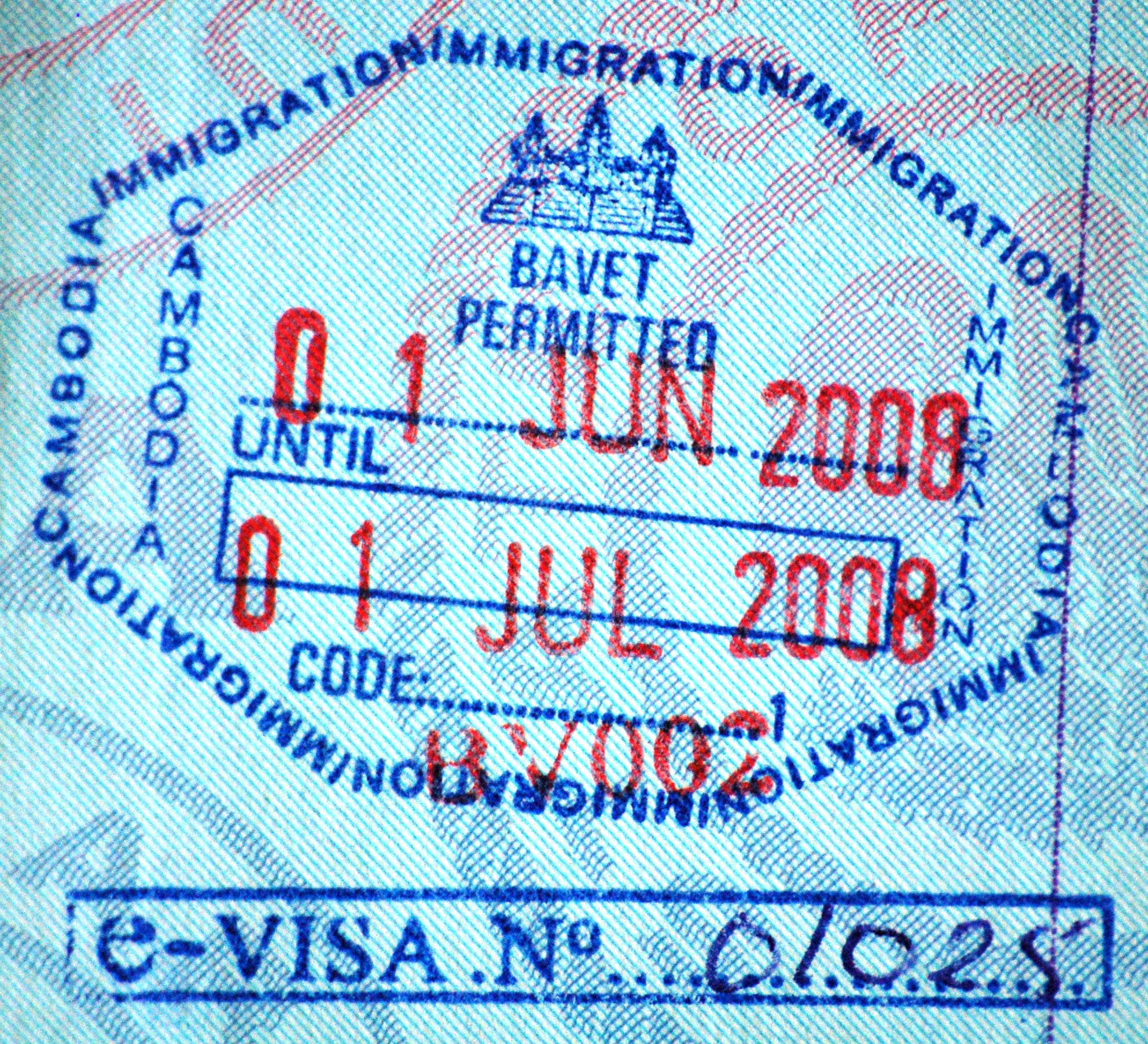 Famed for its national monument – the Angkor Wat. It’s even on the national flag! So how do you not expect it to be present on their immigration stamp as well? 🙂 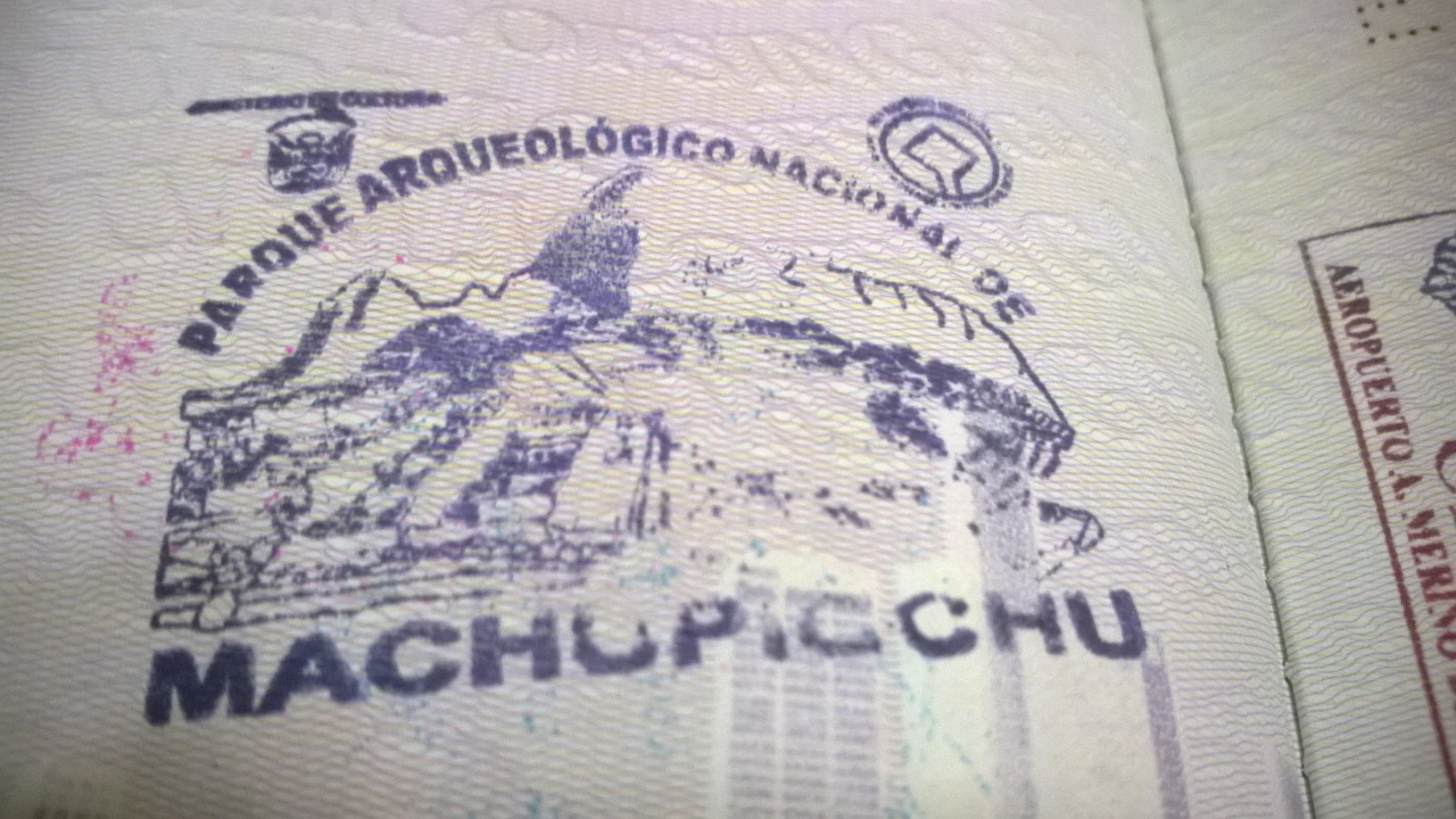 This ancient Incan site may technically be part of Peru, but it’s a world all its own. Machu Picchu, a UNESCO World Heritage Site, gets more than 400,000 visitors each year, making it far and away the biggest tourist attraction in the country. Hike the Inca trail up to the site and get a souvenir passport stamp along the way to commemorate the adventure. You can also get a souvenir passport stamp for climbing Huayna Picchu, the mountain just adjacent to the main structures of Machu Picchu. The view from the top is unparalleled. 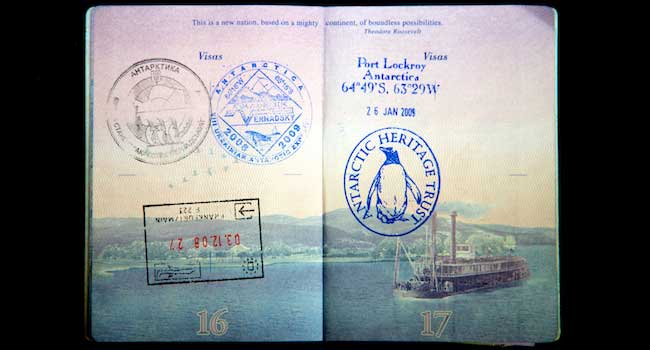 The cool thing about getting your passport stamped in Antarctica is that you can get variations of them. This is because Antarctica is ‘co-owned’ by a few countries that include Chile, Argentina, Russia and more. 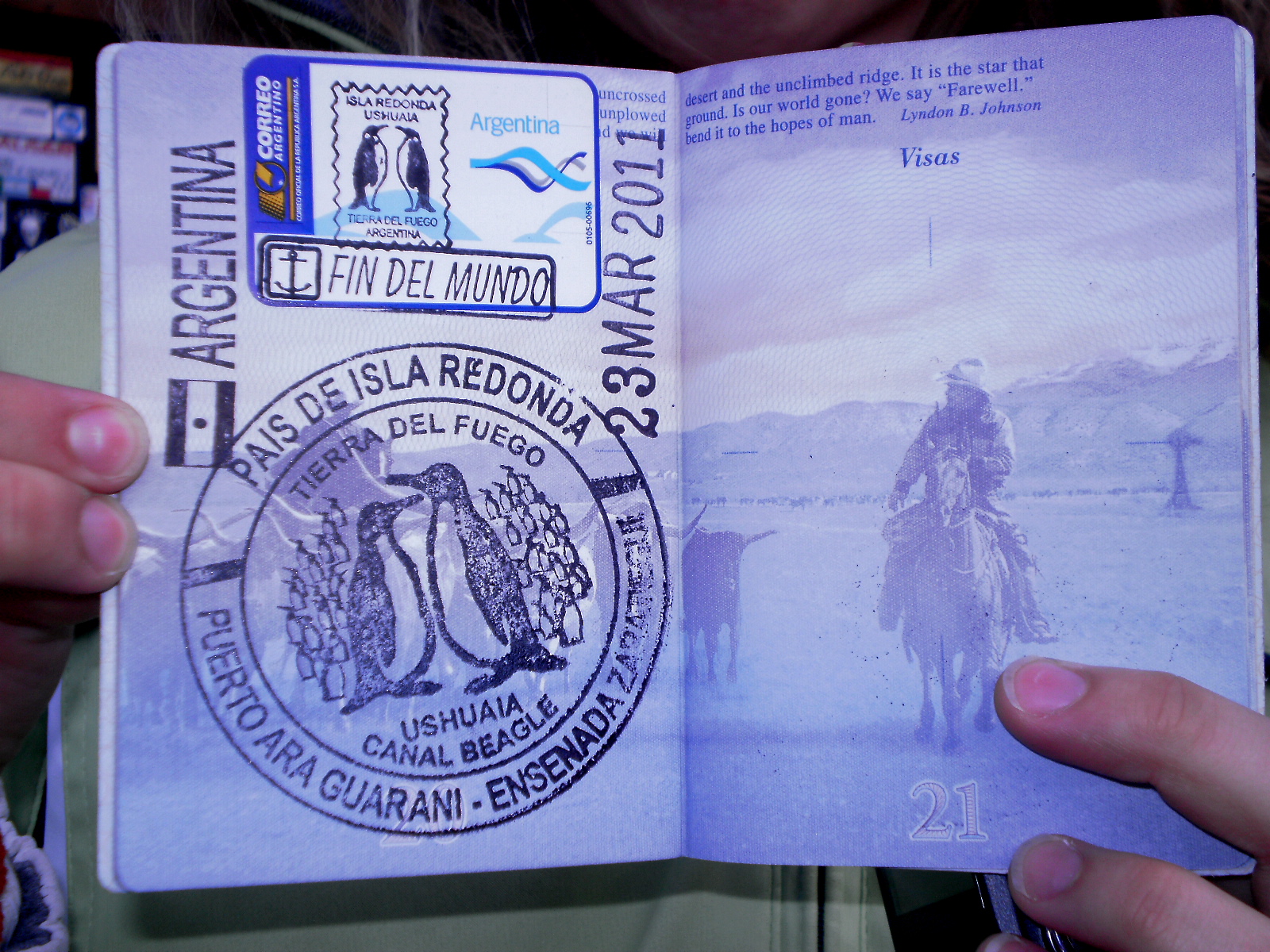 Ushuaia is the Southernmost city in the world and it is quite well known as”el fin del mundo”—the end of the world.  a souvenir passport stamp is available from the tourist information office. Best of all? It is free of charge! Visitors also have a choice between six stamp designs to choose from

The motherland, a country as big as a continent. What’s interesting about the stamps is that colours and series (the last number following the date) changes every few years. So if you are returning to Russia after a 7 year hiatus, you might actually find the stamps different from before. Not sure which of your stamps are entry or exit stamps? Look at the arrows (they indicate entry or exit) 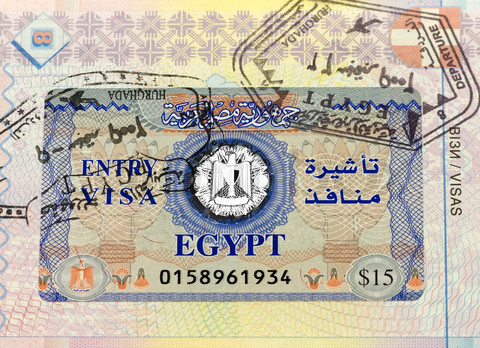 Take a close look at those triangular shaped nodules propping up from the stamps,  don’t they look like pyramids to you? 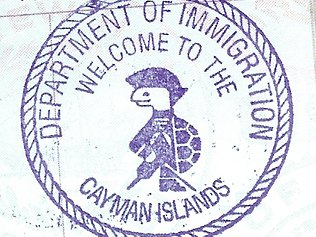 A cartoon pirate turtle named Sir Turtle greets you upon your entry into the Cayman Islands, a British owned territory in the Caribbean. The national logo was created by Suzy Soto in 1963 and was sold to the Department of Tourism in the 1970s but why a pirate turtle you may ask?

This is because when the Caymans were founded by Christopher Colombus, he saw many turtles around the area and named the island ‘Las Tortugas- the Turtles’. On the other hand, the Caymans were once a pirate haven and thus, the combination of both these elements resulted in Sir Turtle, the pirate turtle.