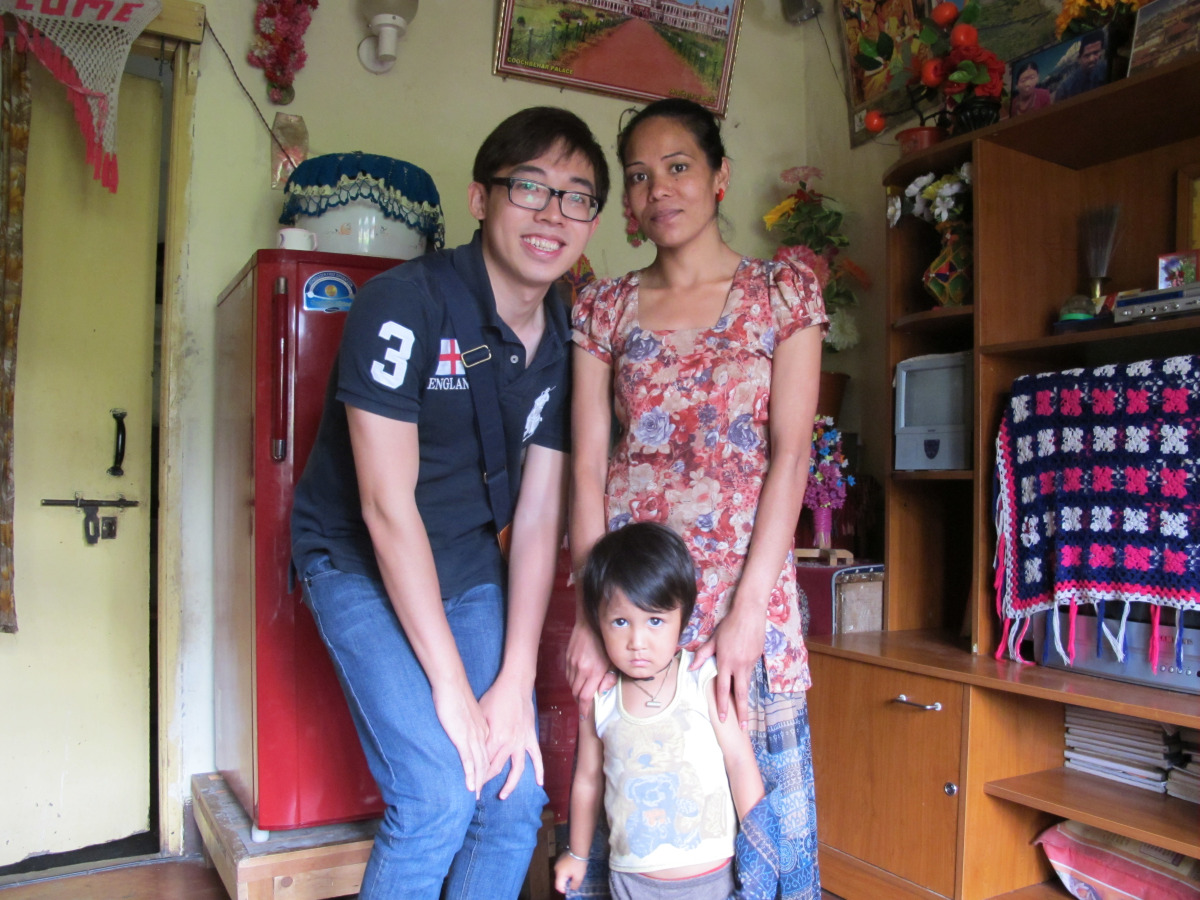 “People said that they were courteous and friendly but we didn’t know that they were so warm and hospitable. It’s amazing! It is really amazing, the Bhutanese  people.”

Jian Xuan is an aspiring journalist in his final year at the Wee Kim Wee School of Communication and Information, at Singapore’s Nanyang Technological University (NTU). In 2011, he was one of the 16 student journalists selected to take part in his school’s journalism trip to North Korea, where he produced a piece, “Minders Keepers“, which was published in The Straits Times on December 24, 2011.

This year, Jian Xuan was part of a team of 14 student journalists and three instructors that set forth to the Kingdom of Bhutan where they spent two weeks searching for stories in the much-talked about landlocked state. This was part of NTU’s annual overseas journalism programme, Going Overseas For Advanced Reporting (GO-FAR). Since its inception in 2005, GO-FAR have brought final-year journalism students and instructors to Timor-Leste, Bangladesh, Laos and other exotic Asian countries. At the end of the programme, Jian Xuan wrote an article titled “City of Dreams and Despair” that was published in The Straits Times on September 1, 2012.

In this first part of an interview, Jian Xuan shares

with us some of his experiences in the Land of the Thunder Dragon and the amazing hospitality he received from the Bhutanese people.

What was your first impression of Bhutan?

We had to do our research before we went because we cannot just go there and expect to find a story (without any prior research). So we had to research on the culture, the people, and so on. My first impression of the place was that there were a lot of mountains everywhere; very beautiful sceneries and the people are very polite and friendly. They are really very, very nice. They are genuinely lovely people. I have not met a single person I did not like in Bhutan [laughs]. Yes yes, they really are very nice people.

Did your first impression of Bhutan match the research you did prior to the trip?

to get a rough sense of what the daily lives of the Bhutanese are like?

They are quite relaxed. In Singapore, when you arrange to meet someone for an interview, you need to call him/her days in advance and sometimes you may need to call his/her secretaries. It is really difficult to secure some appointments. And there is a good chance that the person will say, “Oh, I’ve a meeting at the last minute, I cannot turn up.” In Bhutan, however, when you arrange to meet someone, including the politicians, they will say, “Yes, you can come to my office for two, three hours” and you can stay past the three hours and they will continue talking to you into the evening. It is not a big deal to them. Time is very fluid for them. I think their lifestyle is quite relaxed.

Did you all get to meet any of the politicians in Bhutan?

We met the Prime Minister and the Minister for Labour and Human Resources. They are very nice and down to earth. It is different from meeting with Ministers elsewhere because, for example in Singapore when you meet Ministers it’s like wah, quite a very big deal. However, for the Bhutanese, it is really nothing much. We are only students and yet, they entertained us. Usually very few people would want to be interviewed by students.

Were there any cultural differences and/or similarities between Bhutan and Singapore that you observed?

I think the cultural difference is quite big because we are quite a high-end, consumerist society and they are like the exact opposite. But in certain places like the capital, Thimphu, you can see that the people are starting to become more urbanized. For example, the young people do not care that much about the culture anymore, they just want to wear their sneakers and listen to hip-hop music. They know about Justin Bieber and they know about the current songs. When I contacted a Bhutanese lady for an interview, her dial tone was “Call Me Maybe” [laughs]. So, the young people really do not care that much (about the culture), the old people are more concerned about it. It’s a bit like Singapore I guess.

So entertainment in Bhutan is starting to get more international?

Yes, because of cable television. So now they have about 50 to 60 plus channels at home. Before 1999, television was banned in Bhutan. Since the ban was lifted, the cable channels started coming in and people started to watch a lot of TV. You can see the TV influence kicking in. For example, my interviewee and his friends are dressed in a very ‘punk-ish’ manner. They are in the Avril Lavigne and Eminem era with the baggy clothes and the bling-bling.

Through satellite dishes. So, it is very strange, when you walk in farms in the countryside, you can see a satellite dish just sitting in the field. And then when you walk into the house, the people are watching MTV and Korean channels! Korean culture is very big there. My interviewee’s sister is so crazy over Korean pop bands like Big Bang and 2NE1. I have a friend, who did a story on how obsessed the people in Bhutan are over the Korean culture. They really love it.

Well, that is actually quite surprising! So in terms of their entertainment, are they similar to Singaporeans?

Yes, they are! Their young people really like the same things that we do.