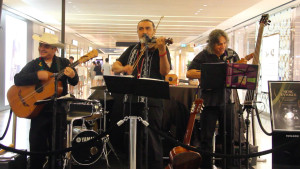 Singing Mexican folk tunes is akin to shifting gears in a car – it requires the singer to switch effortlessly between falsetto and tenor. Years of vocal control and proper technique are required.

One refined Mexican performer is Ernesto Anaya, 53. A multi-instrumentalist and performer, this maestro has spent thirty years learning and performing traditional Mexican music. He was recently in Singapore and we caught up with him for a tete-a-tete. He performed at the cosy Artistry Cafe and Art Gallery on 23 September and at The Paragon on 24 September.

From a young age, Ernesto was classically trained to play the violin and the viola, two instruments integral to Mexican music. Through constant practice and sheer grit, he showed signs of a prodigious talent. Music had made a home in his heart. It gave him a means of expression that words and actions were inadequate for.

As an aspiring musician, he had stints in various Mexican bands and was invited on tour by other home grown names. He finally ventured out on his own after enough experience as a co-performer. He became a musical jack-of-all-trades, being a musician, composer and singer all together. In his career, he has collaborated with the likes of Colombia’s Shakira and Mexican actress Salma Hayek. 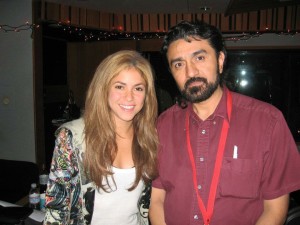 He now headlines his own tour after three decades dedicated to music. His two amigos, his bassist, Daniel Soberanes, and fellow singer-composer, Jorge Moreno, accompanied him for this tour. The trio have been delivering impassioned and tantalising Mexican melodies to Singapore and Malaysia, after his Asian debut last year. 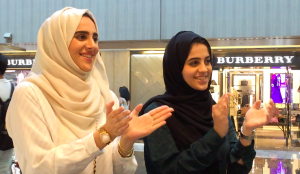 Fans at The Paragon clapping along to Ernesto’s performance.

MUSIC MAKES THE WORLD GO ‘ROUND

Ernesto believes that music transcends any cultural or geographical divide. It speaks directly to the human heart and is reflective of the innate desire to do goodwill. In any big global event, like the World Cup, or the Olympics, there is usually an official theme song which draws people together.

“I love meeting different kinds of people and music can take me to different places,” he confessed.

In all his travels, he named Barcelona, Germany and Singapore as the three places dearest to him. The people and their cultural pride is something Ernesto admires. He hopes to be inspired by the rhythm and folk tunes of countries he has visited. He will be bringing these “sound” souvenirs home for his local fans. While performing in Singapore, he had learned about Chan Mali Chan. He intends to learn and perform this song by his next visit to Singapore.

Historical Spanish and the Portuguese presence in Latin America influenced the native music in that part of the world. Apart from similar colonial rulers, Ernesto thinks that it is the proximity of these countries which shapes its cultural sound.

“Maybe Mexico has influenced other place(s) of Latin America but in the same way they have influenced us,” Ernesto shared.

Music from Latin America might sound similar because most countries were influenced by the Spaniards and Portuguese in their earlier conquests. All of Mexico’s 31 states each claim that their music is unique. The most traditional form is known as the Mariachi which is usually representative of their cultural music.

Ernesto is looking forward to returning to Singapore soon to perform more Mexican folk music. We look forward to is Ernesto’s rendition of Chan Mali Chan. We have his word on this. 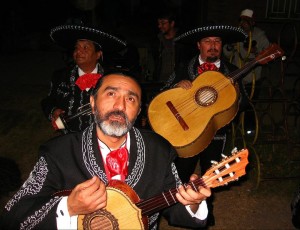 Ernesto decked out in his Mariachi costume. Source: Facebook