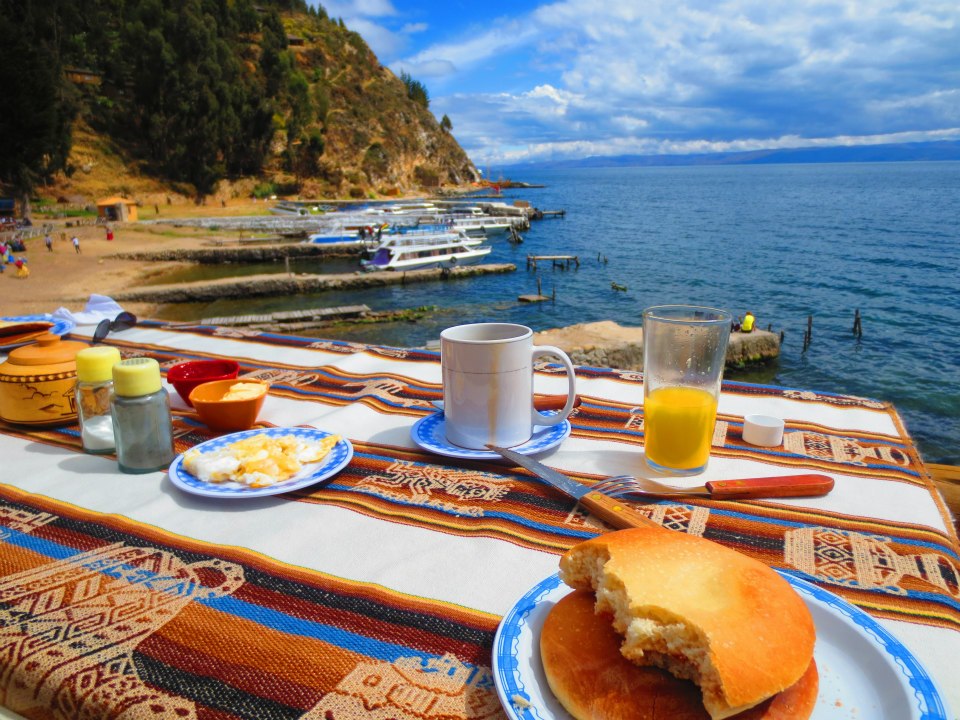 They were all very different. The best way to look at it is – you know the difference between Madrid and Barcelona – Rio de Janeiro (photo below) is like Barcelona and São Paulo is Madrid. 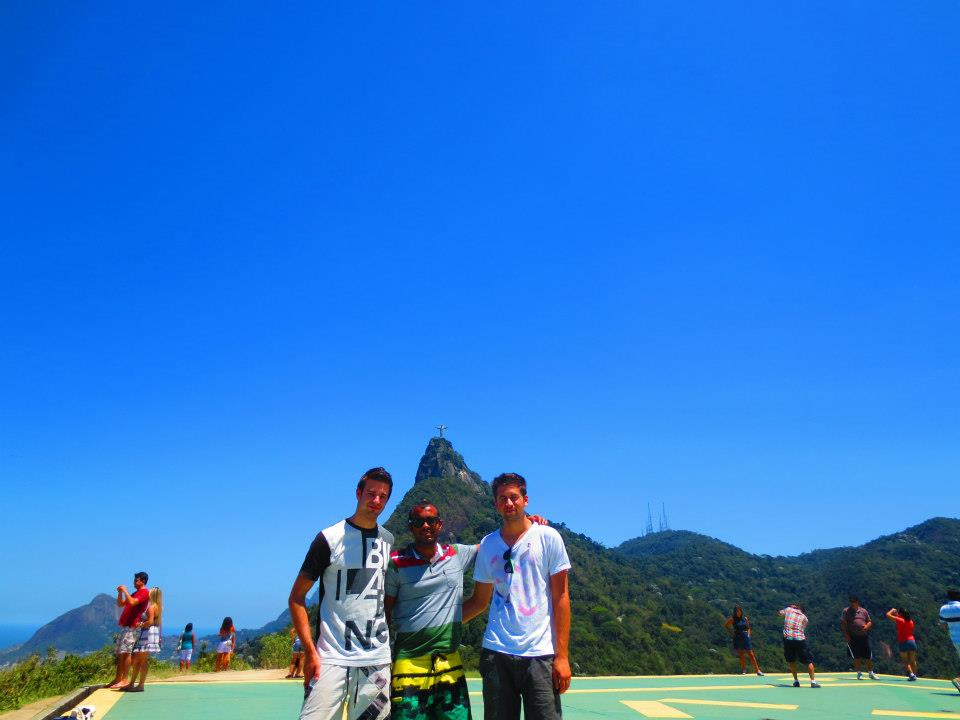 Ouro Preto used to be a mining town. It is a small town with cobblestoned streets. Florianopolis (photo below) is a small island very close to the city. It has much lesser traffic and is tranquil at the beaches. But then again I did not go to Florianopolis during the summer, which would have been much more crowded. 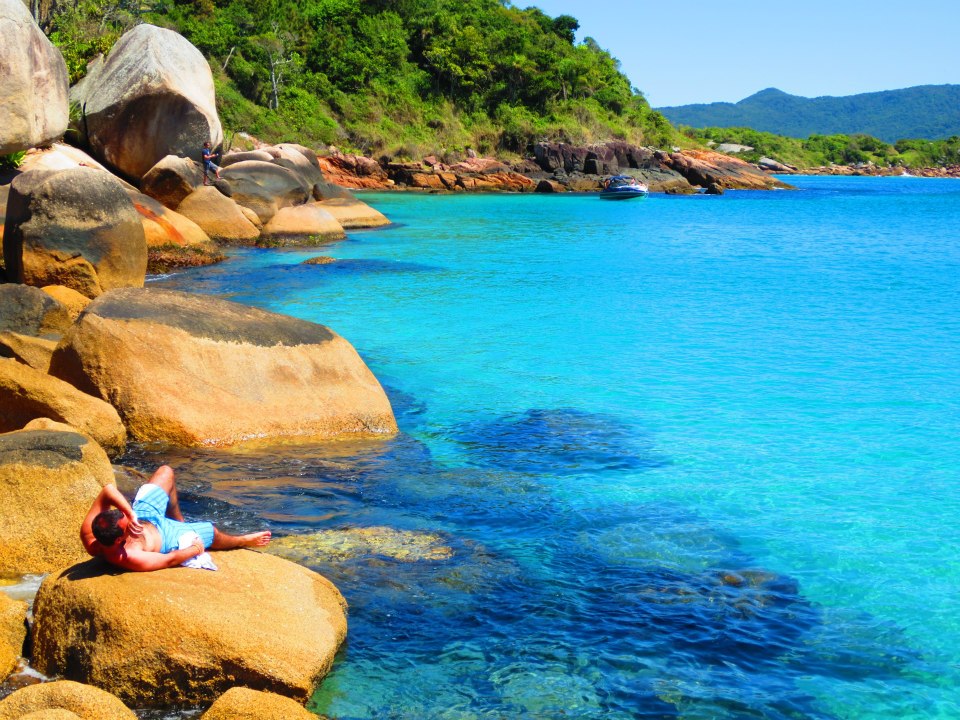 In Rio de Janeiro, I visited another beach. A group in São Paulo organised a boat party there, so I went. I took a bus from São Paulo to Rio de Janeiro. The four to six hour bus ride became 13-hour bus ride! It was a normal occurrence there, because the document processing at the border took some time. 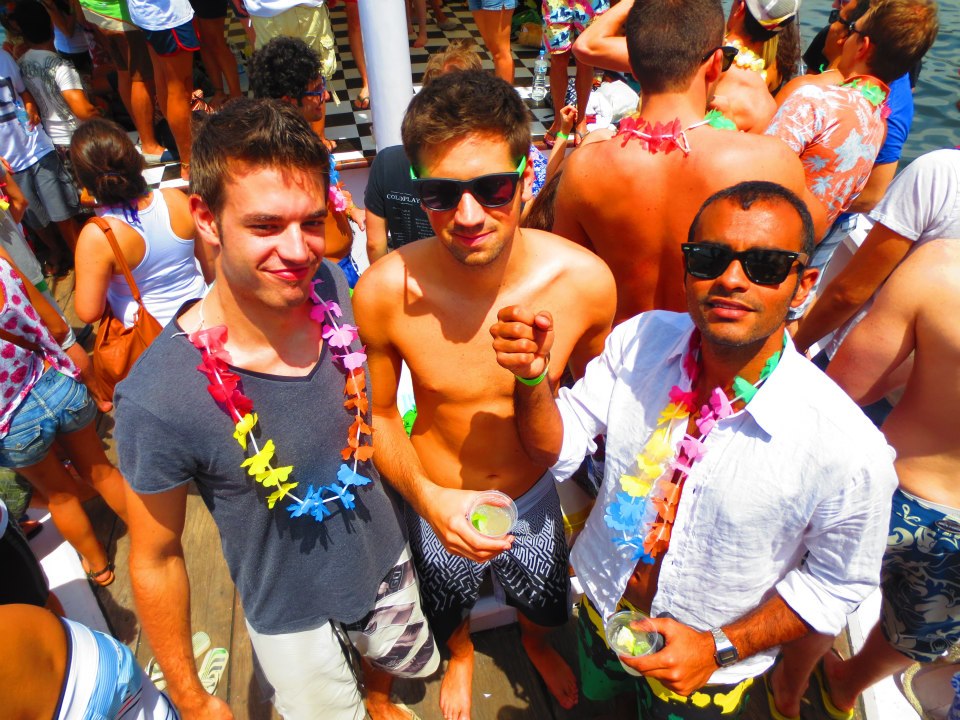 In São Paulo, I visited to an orphanage, did some charity work and played football with the kids.

Did you visit other South American countries?

Yes. I went to Bolivia and Peru during my school term, and in December, I visited Argentina and Chile. 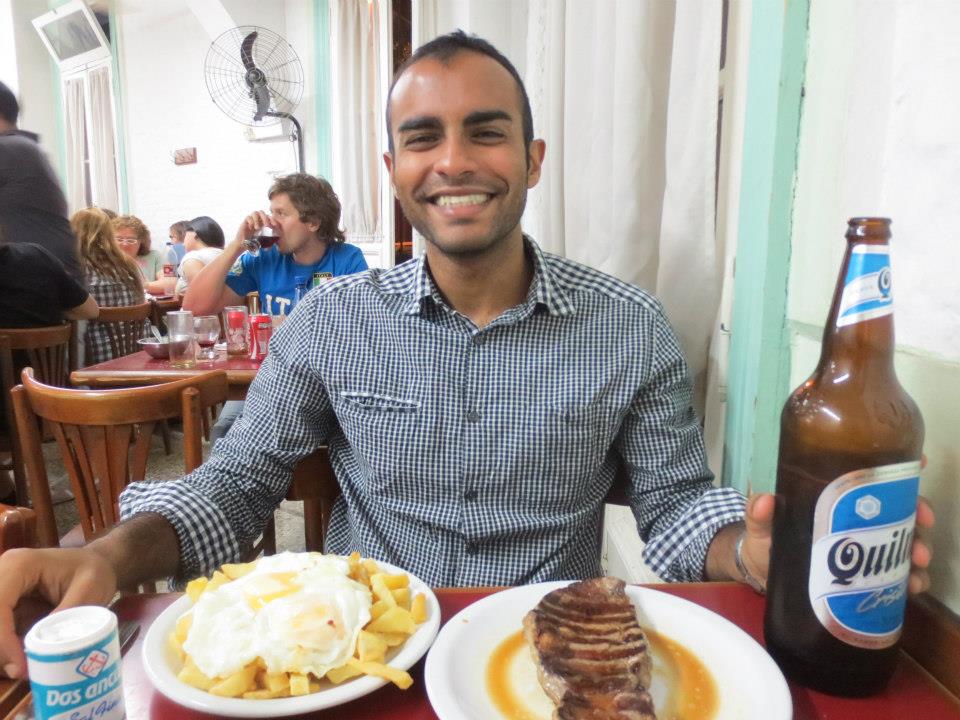 (Above: Ashwin in Buenos Aires)

The transportation network in Latin America was very poor. I went everywhere by bus and 30-hour bus rides are very common. You definitely need to be street smart.

The nature there was amazing. They have some of the most beautiful landscapes. 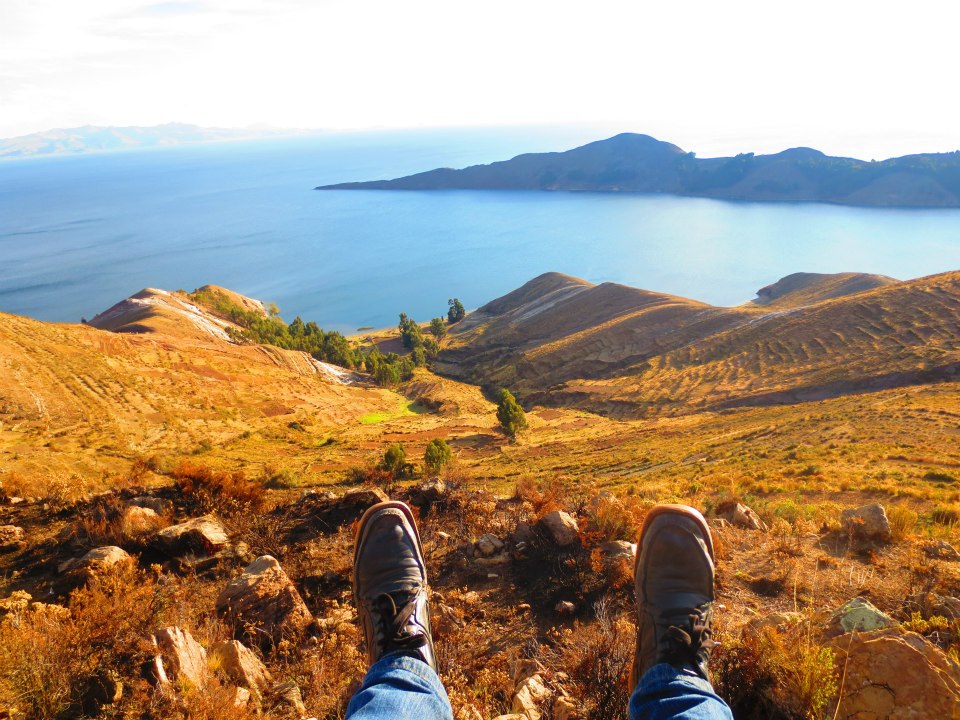 But in terms of living there, well, there was little or almost no public infrastructure. Their buses are old and you would have to yell where you are going to when you are on the bus.

Living costs wise, it was significantly more affordable in Bolivia and Peru than in São Paulo.

You definitely need to pick up Spanish or Portuguese because most people in Latin America do not speak English. Portuguese and Spanish are quite similar, so knowing Portuguese helped me a lot.

What have you seen there? 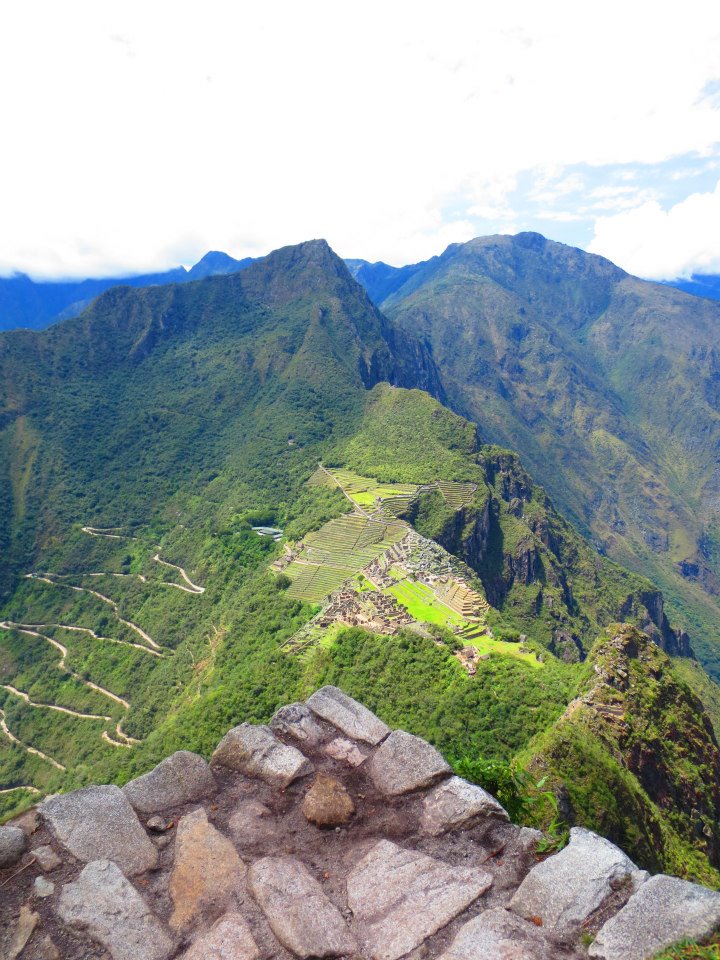 But no matter where you go in Latin America, you will need to take a tour. It is unlike Europe, where you can rent a car and do things on your own. (Above: Ashwin at Salar de Uyuni)

Were there any interesting encounters?

Yeah! I was at the base of Machu Picchu, walking along this train track, and the trekking guide told me that it is an “ancient (train) track”. But 30 seconds later, there was a train coming at us! We jumped quickly onto the bushes and soon the train whizzed by right next to my face. So much for “ancient tracks”! (laughs) But that experience was amazing. 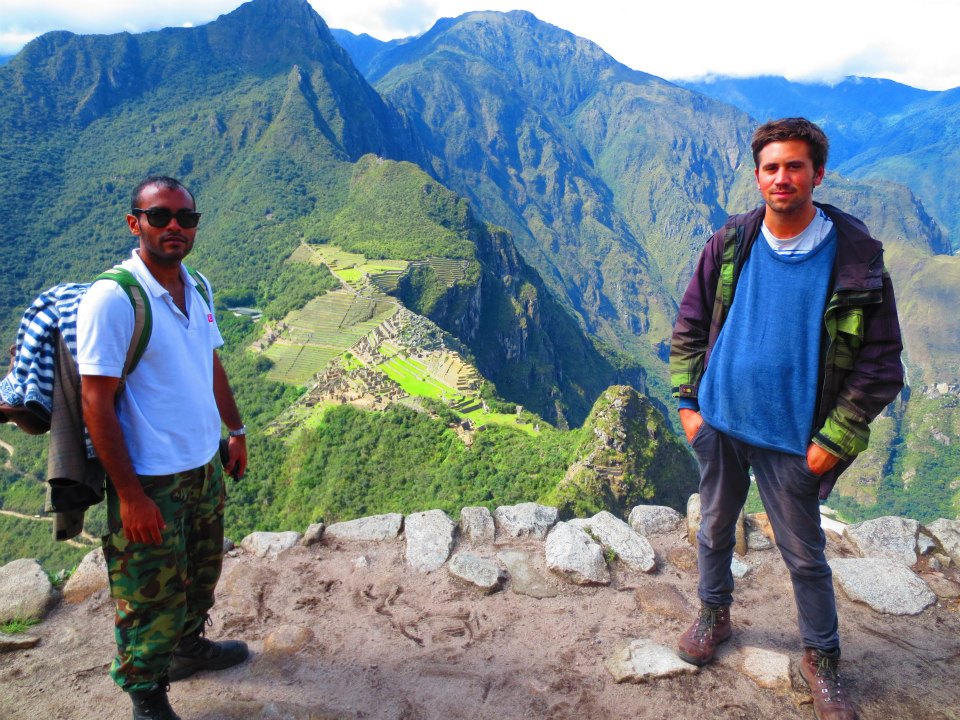 Do you have any travelling tips?

Take a trip across Latin America – the nature is amazing. It is probably worth spending four days in São Paulo to develop a perspective of things. A must-go is definitely Machu Picchu.

For Eastern Europe, go east towards the Baltic states – to Latvia, Lithuania and Estonia.

Would you go back to São Paulo again to work or travel or perhaps even live?

Unless I have really good perks to go to São Paulo, I would not. You need a sizeable disposable income when you are there, to go to a bar, drink a beer, go to a restaurant, etc.

And you definitely need to identify what you want to do there first, and know which areas you are going to live at in São Paulo before you decide.

The pace of life in Warsaw was great, even for those who are working. They value work-life balance – dinner is dinner, work is work. You know, sometimes, in Singapore, we would eat a sandwich on the go because of work. But in Poland, it never happens. People take time off from work for their meals.

In São Paulo, the bad traffic can get to you sometimes. It is very hectic. It was definitely more quiet and serene in Warsaw. However, I felt more like a local in São Paulo because I integrated more naturally into the society and eventually spoke the language comfortably. 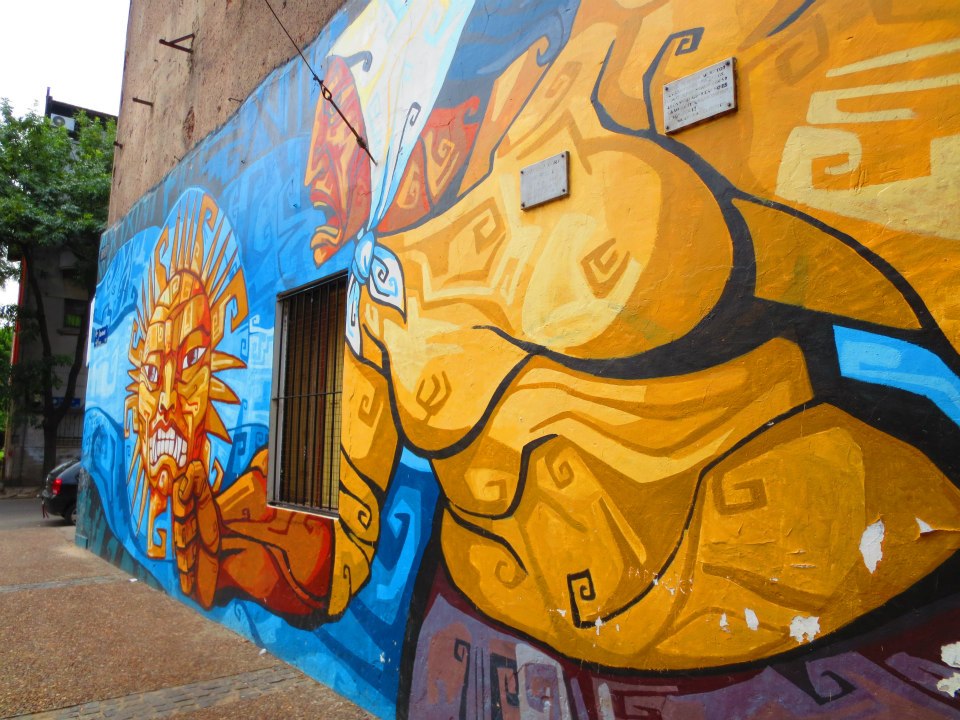 Having said that, I know Warsaw inside out; I have seen more of Warsaw than I have of São Paulo. It is just that culturally, I obviously stood out more (in Warsaw), which is sometimes not a bad thing. (smiles)

There are opportunities in Warsaw, especially in technology. I had some software developed when I was in Warsaw.

How did you converse with the Polish to have your software developed?

I spoke English to them. Generally, the Polish speak English. People in Eastern Europe are talented and smart. They can get stuff made and done, and because most have yet to adopt the Euros, currency exchanges work greatly to our advantage.

In São Paulo, I saw other kinds of opportunities. For example, I saw many small services pop up to fill in the gaps that were caused by a general lack of student bodies planning activities for the international students.

“My experiences taught me to think about countries more strategically.”

Unlike Poland, you generally do not think of making things in Brazil, but selling them. There is the emerging middle class there to tap on. There are many established German and Chinese brands entering the (Brazilian) markets and pushing their brands very hard there. Businesses look at São Paulo to sell.

For example, just open a Rolex boutique there and you would sell money like that (snaps fingers). Because people there are so rich. There is one shopping centre in São Paulo where there is no entrance for pedestrians. You can only enter via the car park. So if you do not own a car, you cannot shop there.

So you have been away for a year. How does it feel?

In fact, four days after I came back from São Paulo, I was travelling again. My parents were not too happy (laughs), but it was great. What are some takeaways from your experience so far?

Travelling alone is very refreshing. If you can travel alone, do it. You will find that you can see more things and meet more people.

Travelling alone in December was very refreshing for me. I was forced to make friends, and I quickly realised that you can be thrust into any environment and adapt to them very quickly.

Relative to the world, Singapore is sometimes so irrelevant. We [Singaporeans] do not have this impression as most of us grew up in Singapore. But I think Singaporeans need to recalibrate what life is.

Traveling to these (emerging) countries will make them realize that Singapore is both good and bad in some ways. These views might even help to shape some policies.

Finally, I think we should all think about the Singaporean brand equity. We are extremely efficient and should think about how we can position our country that way to tap on the available opportunities in those regions.

This is the final part of Ashwin’s story. Thank you, Ashwin, for all the amazing stories and photos!

Calling all undergraduate students: If you are inspired by Ashwin and are keen on exploring the emerging countries on a student overseas exchange program, but are worried about the costs, you can find out more about the Young Talent Programme (YTP) – Market Immersion.

All three major universities in Singapore (NUS, NTU, and SMU) offer this grant with their overseas exchange programmes.

If you know of any other grants for local students to venture into the unfamiliar regions, come catchus(at)gobeyond.sg!