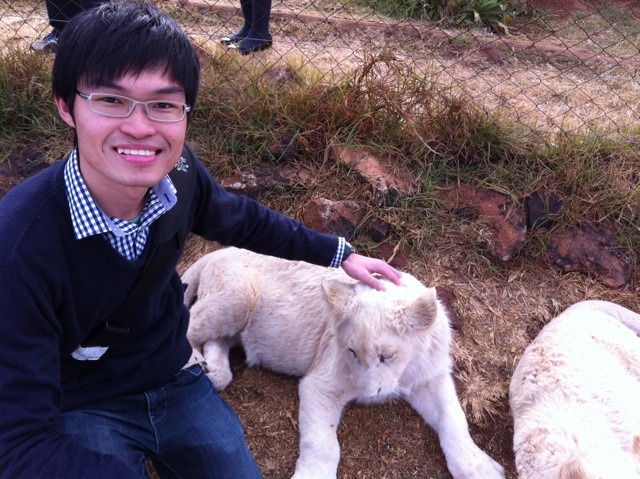 Why did you take up the KKH Opportunity Scholarship?

This internship was part of the professional attachment of my degree. It is a compulsory requirement. I wanted to go overseas again because I had a good experience while on exchange

in Mannheim, Germany. Why an emerging market

then? The list of countries that they offered were all developing economies so I thought that would be interesting. South Africa was not on the list at first. I actually applied for China but subsequently the company managed

to arrange for a position for me in South Africa. The interviewers called and asked if I was okay with it. It was a phone call and I did not really have the time to deliberate. I just decided to go ahead. I thought, perhaps it will be more challenging there. Were there any considerations you had before you decided to take the opportunity up? I did not really think too much when they called to offer me. In fact, when I applied for this internship, I already wanted to take up the opportunity so it did not matter if it was China or South Africa, I just wanted an overseas experience and thought that it would be very interesting in a developing economy. Tell us about your experience there. I stayed at Krugersdorp, in a guest house called Rabbit Hole (photo below). It was a single level, not like a hotel

. Most of the architecture there are like that. It was quite nice, because there were only about 15 rooms. There were not too many people and it was owner-run. 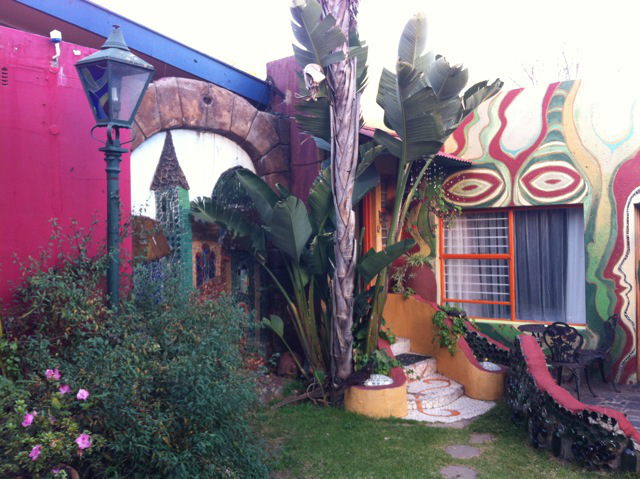 One thing I found surprising was that most of them, regardless of the colour of their skin, spoke English. It was a common language even though they all have their own tribal languages. Did you travel around the region? I did not really travel much. I missed out on Cape Town unfortunately. I would have liked to spend more time there to travel around, but then I realised that because I did not convert my Singapore driver’s license into an international one. I had difficulty travelling around. What about public transport? There was public transport, like the mini buses we see in Singapore but those were for the locals. None of the foreigners would take them because it was quite dangerous. Otherwise they (the locals) would walk. Foreigners would drive because cars

there are not that expensive. But because I did not have a license or a car

, I could not go out by myself. My colleague drove me around. That is a pity! How are the South Africans and the life there like? Well, they love the outdoors, the nature, camping and visiting safaris. On a couple of weekends, my colleague brought me to the safari. We drove the car into the safari and visited the animals. It was quite an experience. 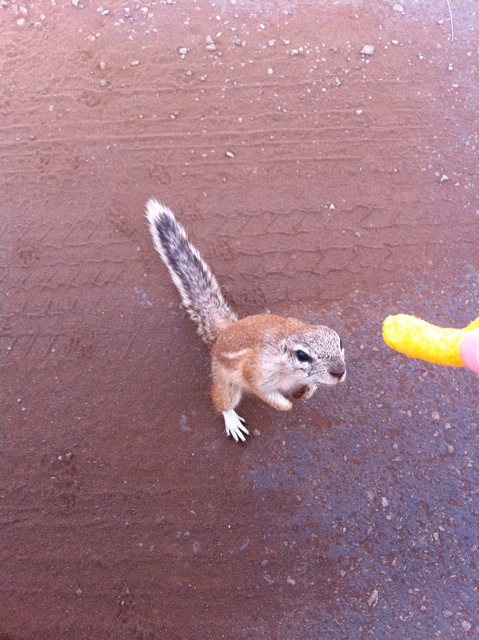 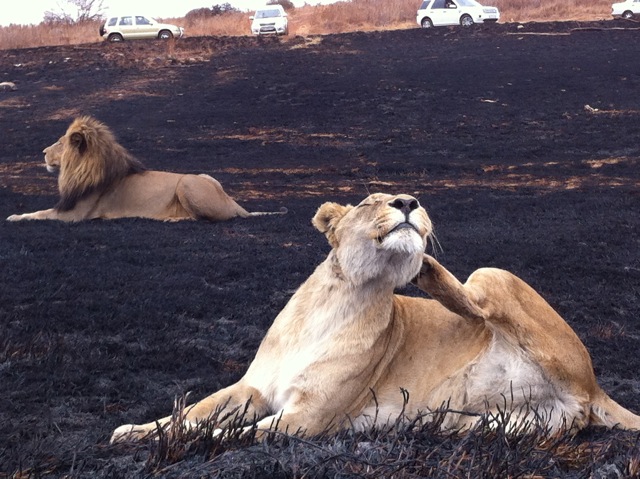 Did you have any recreational or post-work activities? To be honest, it was work and back home because it was winter when I was there. It was dark by 5 or 6 p.m. I do not go out after it gets dark because I was advised by my colleagues not to. I would just go out on the weekends. Most of the locals go home after work. It is not really a culture to stay out for drinks or dinner after work. Many of them stay quite far away from their workplace, so they take quite some time to get home – I think about an hour or so – so they do not really go out. And there were not many recreational areas to hang out at, or leisure facilities because it was mostly factories there. You would have to travel an hour or two by car to the nearest mall. I see. What about the food there? You get all sorts of cuisines – Fast Food, Western, etc. Food was not an issue, but it was not as cheap as I thought it would be. The cheapest options were restaurants such as KFC or Nando’s. They did not have coffee shops or food courts like us (in Singapore). 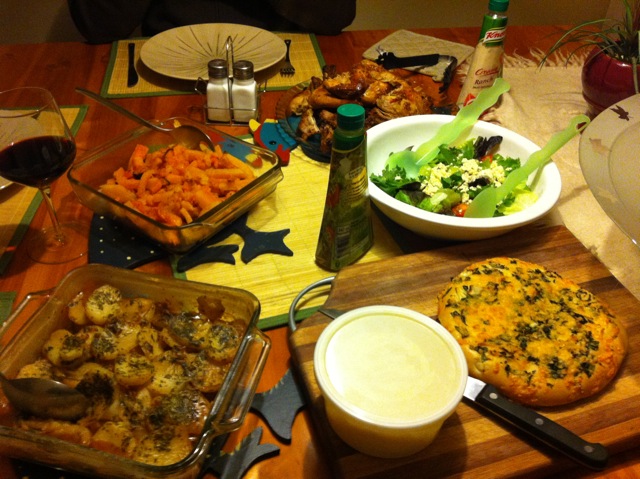 Other than the Fast Food, there were restaurants (something like Fish & Co.), which charges SGD$12 or more. The Fast Food costs an average of SGD$6. That’s almost as expensive as in Singapore! Yeah, but that of course was at the area I was at (a wealthier retirement area). For lunch, most of the people pack food from home. That was one of the more interesting things, because they do not really go out of the office to eat, as there were not that many places for lunch. Lunch was just about half an hour at their desks, but the knock-off hours were earlier. I think by the time they got home, it was just about right for dinner. So there was not really too much interaction, there was not like a huge group having lunch together that sort of thing. On the first or second day I was there, I had lunch at the canteen, which was frequented by the factory workers. It was the first time I tried local food and it was much cheaper there. 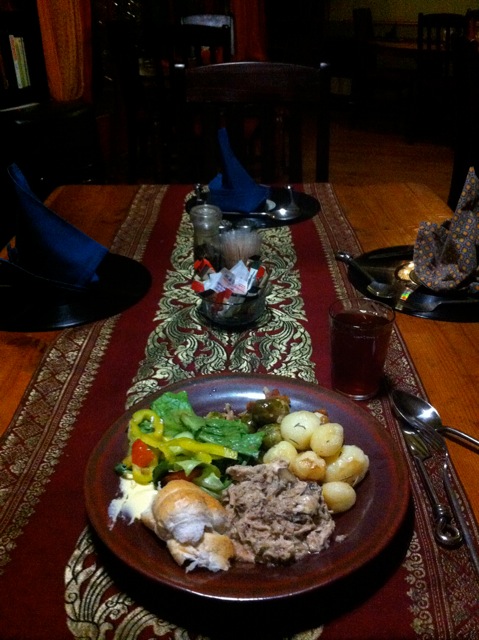 The common food they had, they call it pap. It is something like rice, but a longer version of the rice grain, and is made from maize. They have a lot of rice topped with just a little bit of meat and curry. I tried something like what we call egg tarts too, but they call it melkterts, made from milk. It is a traditional South African dessert. We hope you’ve learnt something about South Africa with Victor. Are you interested to find out more?  NUS offers a Student Exchange Programme opportunity at the University of Pretoria in South Africa, while SMU offers opportunities at both the University of Pretoria and Stellenbosch University. NTU students can find out more about the KKH Opportunity Scholarship Fund. If you know of any other ways Singapore students can experience the emerging markets, be sure to catchus(at)gobeyond.sg! To continue the discovery on his South Africa stint, click here!