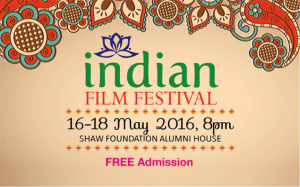 Traditional Indian outfits. Larger-than-life dance sequences. The hero or heroine bursting into a song, usually a sad one, under a dramatic downpour of heavy rain.

Such scenes would be familiar to fans of Bollywood movies. Bollywood, the Indian version of Hollywood, is one of the largest film industries in the world today. With the likes of Shah Rukh Khan and Priyanka Chopra gracing the scene, Bollywood movies have become a true global phenomenon.

Luckily for us, the GoBeyond.SG team received invitations to the premiere of the upcoming film, The Man Who Knew Infinity, which marked the start of the Indian Film Festival (IFF). 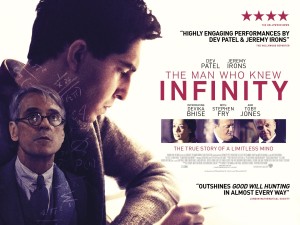 Although the movie is not a Bollywood movie, half the scenes were set in India and a lot of Indian customes and themes were prevalent throughout the movie. This made it the perfect movie to kickstart this year’s IFF.

The Indian Film Festival first began in 2015, when Singapore and India marked their 50th year of official diplomatic relations. The festival itself is a partnership between NUS Alumni Relations and the High Commission of India in Singapore. This year, Shaw Foundation decided to join in the loop and sponsored the venue for the movie premiere.

We spoke to Her Excellency, High Commissioner of India Ms.Vijay Thakur Singh and asked how the festival came about.

“Indian Cinema is very popular all over the world. So we thought we should bring them over to Singapore so that they could get the opportunity to see some of the best movies in India,” she said.

“Last year’s (screening) was a great success. So we decided to bring it back again this year.”

A corner was sectioned off at Shaw Theatres Lido just for the guests of the premiere. Everyone was dressed to the nines, especially the ladies, sashaying their way through the crowd in vibrant saris. It was definitely a sight to behold!

There was also a buffet spread of delectable Indian cuisines that awaited the guests. The steaming Biryani rice coupled with Murgh Makhani (Butter Chicken) had us drooling for seconds- and maybe thirds.

However, there is more to film festivals than just screening films. Film festivals are a gateway to experiencing different cultures and ways of life. There are a multitude of reasons why anyone would want to experience a film festival. One of the guests who was invited by the High Comission of India, Yvonne Khoo, a movie buff, aptly describes her feelings towards film festivals.

“I always enjoy foreign film festivals, because you get a snapshot of a culture that you may otherwise never have read about or got to know, if you have never visited the country.”

Follow us as we review three different, highly acclaimed Bollywood movies in a three part series. If you were not a Bollywood fan before, give these movies a chance and you’ll be wanting more!