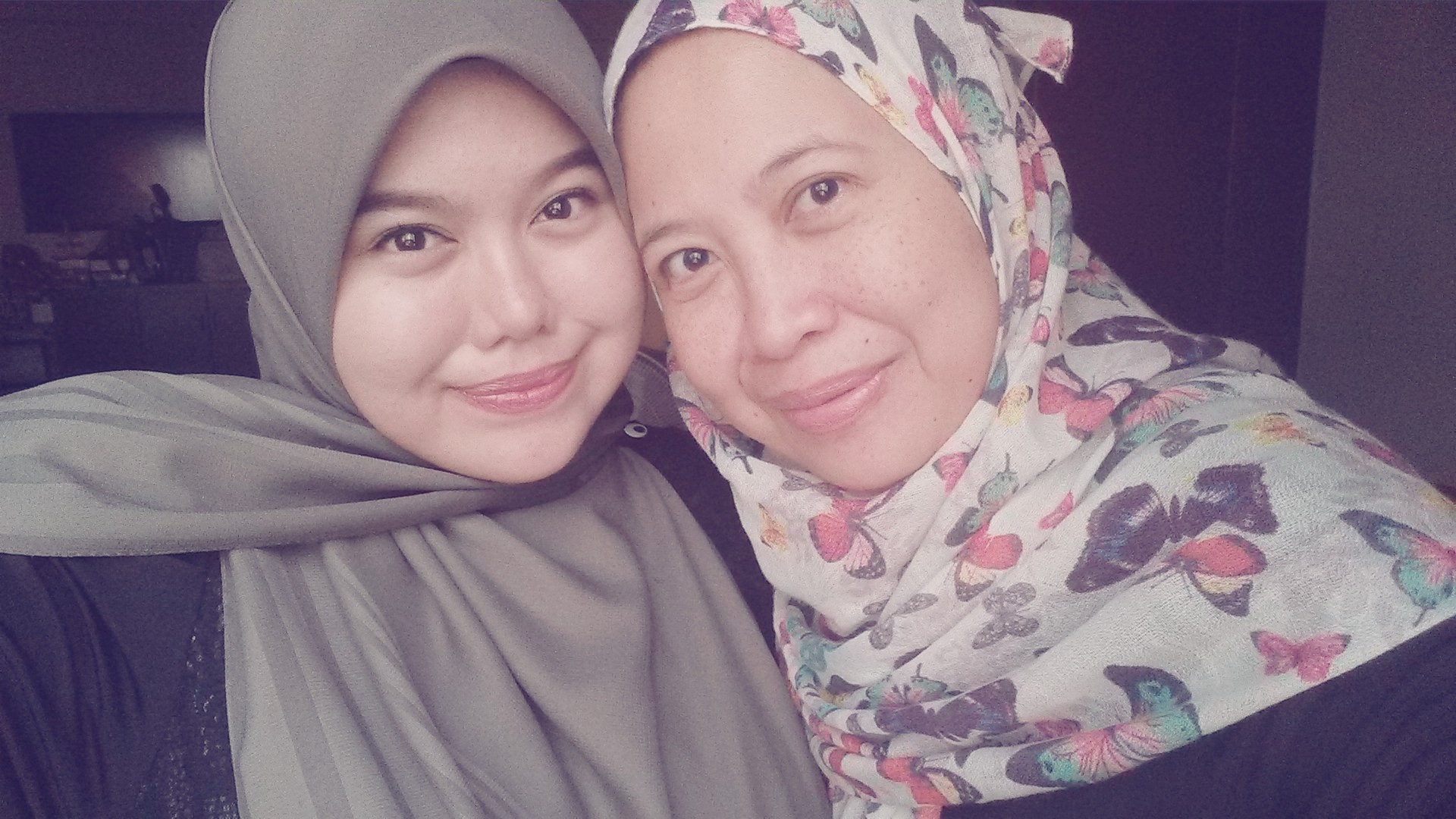 Aisyah, who is now a Syariah consultant, and her mother Anita Amir, a civil service officer.

Given her learning environment, Aisyah became very interested in pursuing Islamic studies. She requested us to enroll her in an Islamic school, or madrasah, to receive her primary and secondary education. While neither my husband nor I was from a religious education background, we supported her decision and sent her to a madrasah. We also sent her for external classes to allow her to strengthen her Arabic skills.

Aisyah has always been a good student – during her pre-university days, she even had a Mendaki award presented to her by then-Senior Minister Goh Chok Tong. I knew that it is not easy to qualify for Al-Azhar, and we were very proud when she received her results.

Aisyah is the first from our family to study abroad in a Middle Eastern country, so we were full of questions and uncertainty at first.

Egypt is very far away from Singapore. My main concern was that of distance- how far away she would be from home. At the same time, I knew that Al-Azhar is a very prestigious and famous university among Muslims globally, and it would be a big waste for Aisyah not to go especially when she had worked so hard in school to qualify for admission.

The University is named after Prophet Muhammad’s daughter, Fatimah, whose nickname was Al-Zahra (the luminous).  It is one of the first universities in the world and the only one to have survived till this day.

My husband and I have this philosophy that there should not be any boundaries when seeking knowledge. So we did what we could to address our worries – we did our own research about the University, where she was going to stay and how far away it was from her classes. We spoke to other parents who had similarly sent their children to the University. We ensured that Aisyah engaged a private driver to ferry her and her housemates to and from school.

Fortunately, the support from the Singapore alumni of Al-Azhar was very strong, and the advice from parents of current and previous students really helped us to prepare for Aisyah’s departure. Thanks to them, we had an easier time getting information to make sure the area where she would be staying was safe. It was also reassuring when they put us in touch with the Ministry of Education (MOE) and the Singapore Embassy in Cairo.

Keeping in Touch with My Daughter

When Aisyah began her studies in Al-Azhar in 2007, she was homesick a lot. I too missed her badly, and the first few months after she left were very difficult. I kept asking her if she was allright and if she had eaten- typical motherly concerns. Over time, we got used to it and she managed to convince me that she was living well in Cairo with her housemates.

For Al-Azhar University students, summer break falls around the period of Ramadan and Hari Raya. Aisyah always came home to Singapore just before Ramadan, and we always looked forward to her visits. Before she returned to Egypt each time, she would go grocery shopping for all kinds of food from home such as instant noodles, spices, snacks and most importantly… Pokka Ice Lemon Tea! She would always pack 12 bottles of it in her check-in luggage before leaving!

I would communicate with her everyday either through SMS or Facetime. The internet connection in her house was not stable enough to support Skype calls, so sometimes I would just call her. Since such international calls are expensive, we chatted on the phone about twice a week. The frequency increased when the Arab Spring broke in 2010. Protests were held at Al-Azhar University. The Singapore Embassy in Cairo and the Ministry of Foreign Affairs brought Aisyah and other Singaporean students home. Fortunately, she was able to complete her studies safely by then.

Because of the situation, Aisyah’s graduation ceremony took place in Singapore instead of Cairo. In 2013, the ceremony for Singapore graduands of the university was held at the Islamic Religious Council of Singapore or MUIS, at Bishan. It was co-organised by the Singapore Embassy in Cairo and MUIS. There were many distinguished guests including the Grand Imam of Al-Azhar Al-Shariff and the Singaporean Ambassador to the Arab Republic of Egypt.

It was a blessing in disguise as our extended family managed to see Aisyah graduate too. If the ceremony had taken place in Cairo, we would probably not have travelled to see her, given the situation there at the time.

My Advice To Parents

I am frequently asked by other parents to share what went through my mind when Aisyah decided to study abroad in Cairo. Perhaps they are anticipating similar requests from their own children!

I always share three things: first, as parents, we should try to understand the interests and aspirations of our children. They may want to do things which are unique and off-the-beaten path, and I think we should support them as much as we can. Second, doing our own research helps with the anxiety. I was reassured of Aisyah’s well-being after finding out where exactly she’d be staying, and how she would be travelling to and from her classes. Third, regular communication is important, particularly so, when you are many miles apart.

I have seen Aisyah grow from her many experiences living and studying in Cairo. She is now back in Singapore, working as a syariah consultant and loving it. 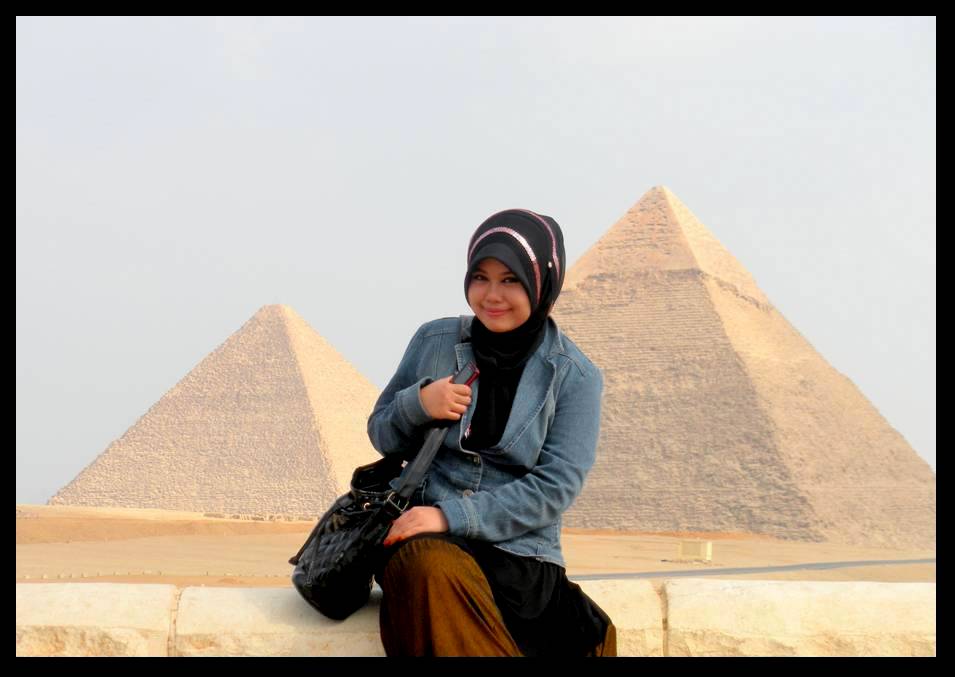 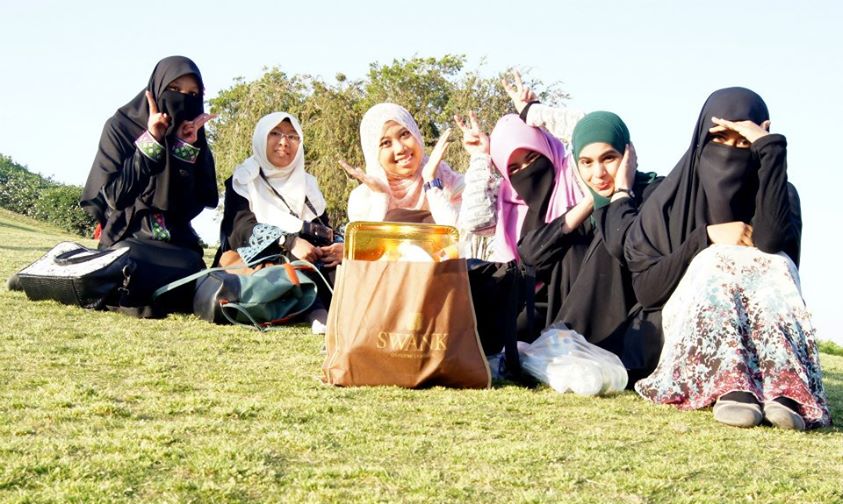 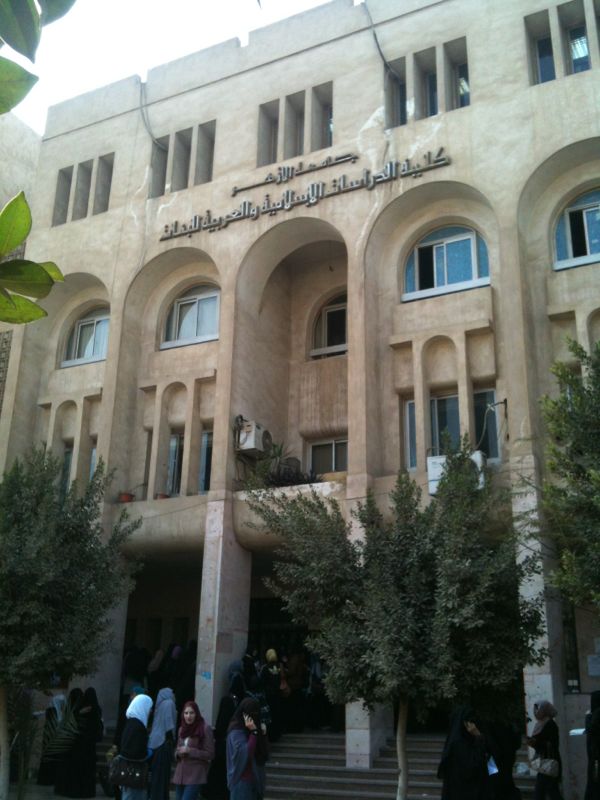 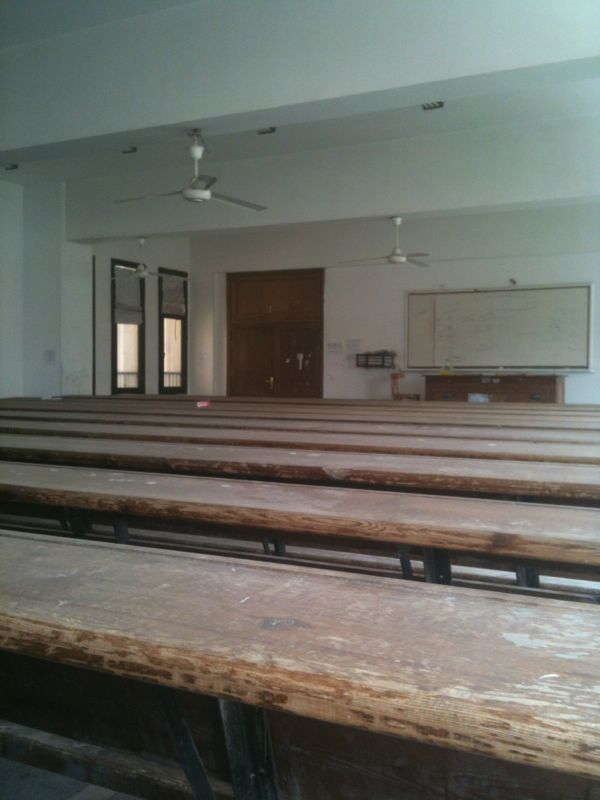 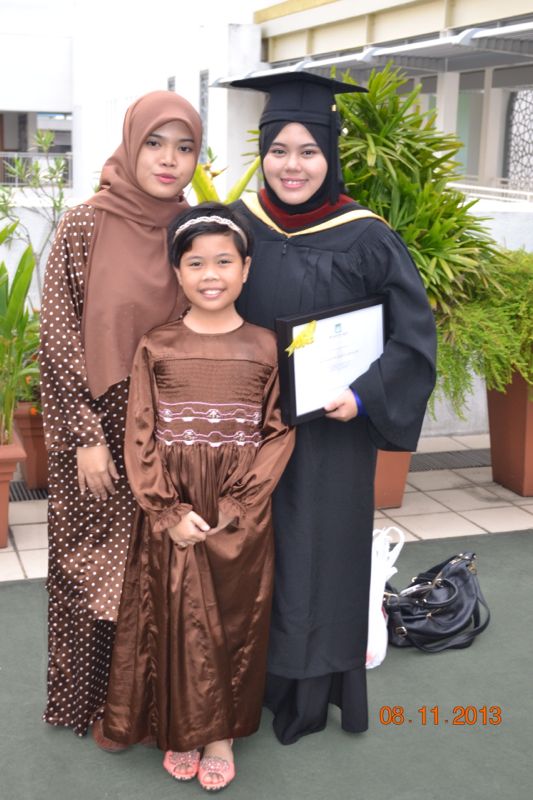 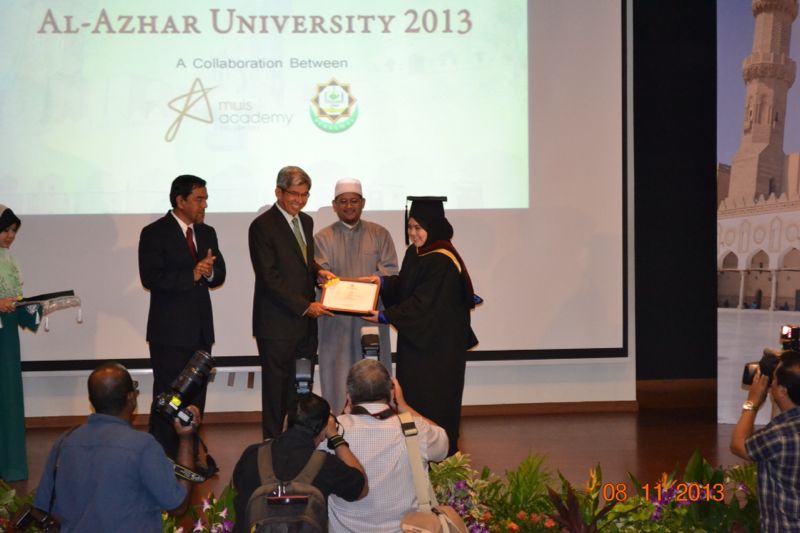 Aisyah’s degree presented to her by Minister of Muslim Affairs Dr Yaacob Ibrahim. Standing in grey to witness the presentation is Dr Mohamed Fatris Bakaram, mufti of Singapore. . 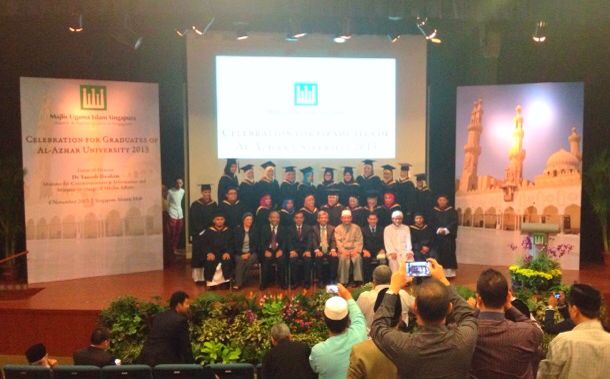 Singapore Graduates from the class of 2013.