with us your experience in India.

I was part of the second batch of students for the NUS Overseas Colleges in India programme. There were 8 of us from our batch. All of us interned with social entrepreneurship-related organisations (e.g. medical devices for the poor, micro-financing,  and charities). There were five of us in Bangalore, and another two in Chennai. I worked at Bangalore, but I travelled a lot around India.

Upon arrival, two weeks were all it took for me to fall in love with India. We spent the two weeks settling in (setting up bank accounts

, finding accomodation) and managing the initial shock from the change of environment. India is very different, in terms of people, environment, customs, food, religion, culture and language – basically everything. It was different, but not difficult to adjust.

It is a common misconception that everybody in India is poor. At least where I was, the vast majority live quite comfortably. I will describe them as middle income

; they have their own cars, some educate their children in private schools and can even afford maids. Of course, the cost of living is lower in India than in Singapore.

I think Bangalore is quite similar to Singapore. Bangalore is mostly urban with a lot of IT companies and MNCs. Traffic is a nightmare though, because the infrastructure was not designed to accommodate the presence of large international companies. What is interesting is that a tall, modern-looking building might be located (and “co-exist”) next to a slum. Undeniably, there are many poor people, and they live in many slums in Bangalore. Most of them make a living by being auto rickshaw drivers or street food-stall vendors.

The weather in Bangalore is very pleasant. The average temperature is 23°C because we were 3,000 feet above sea level. There was no need for air-conditioning. However, our houses were equipped with a back-up power generator as blackouts were very often.

They are so used to encountering problems in life that they are very good at finding solutions and moving on.

What is your love story with India about?

India may be chaotic, but the people in India are very warm and hospitable. Their outlook on life is extremely positive and encouraging, despite all the circumstances that they face.

They believe that no one should allow bad things to affect them too adversely.

I learnt that I should not take anything for granted. For example, we regard well-lit and well-paved roads in Singapore as a given. This was not the same in India, but that does not mean that life comes to a standstill. Not everything goes according to plan in India. I learnt that it is okay to encounter many unexpected situations. I learnt how to be flexible and reflective. In the end. I was really impressed that a country of more than one billion people can function despite being so chaotic.

India is really “Beauty In Chaos”.

How was your interaction with the locals?

They were very curious. They were always asking questions about Singapore, such as where is Singapore, what our country is like, what kind of food we eat and so on.

Can you speak a local language?

There are so many languages in India! We learnt Kannada, the local language spoken in Bangalore, but in retrospect, I should have learnt Hindi too. English is widely spoken in the major cities such as Bangalore, Mumbai, and New Delhi.

Were there any Singaporeans in the area?

We knew that there were other Singaporeans in Bangalore but we rarely made contact with them. We preferred interacting with our own colleagues and the locals. If I were to get into trouble, I will definitely contact my colleagues first.

It helped that it was very easy to make friends in India, partly because it is uncommon to see Chinese people in Bangalore,  so we were always the centre of attraction. People kept coming up to us because they wanted to take a photograph with us.  It got so bad that my friends and I started “charging” people a token sum of 10 rupees for a photo. 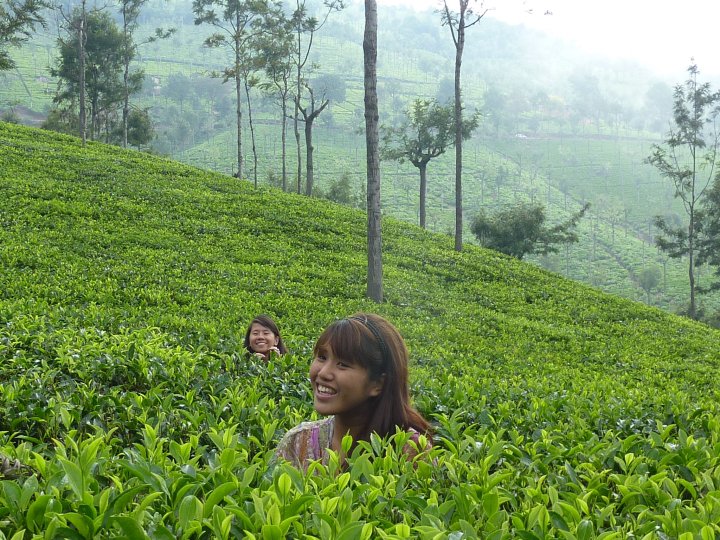 Stay tuned for the final part of this three-series conversation!