Salvador is completely different from Sao Paulo. Sao Paulo is more of a metropolitan city with its tall buildings and people rushing in and out of trains. It reminded me of Singapore. 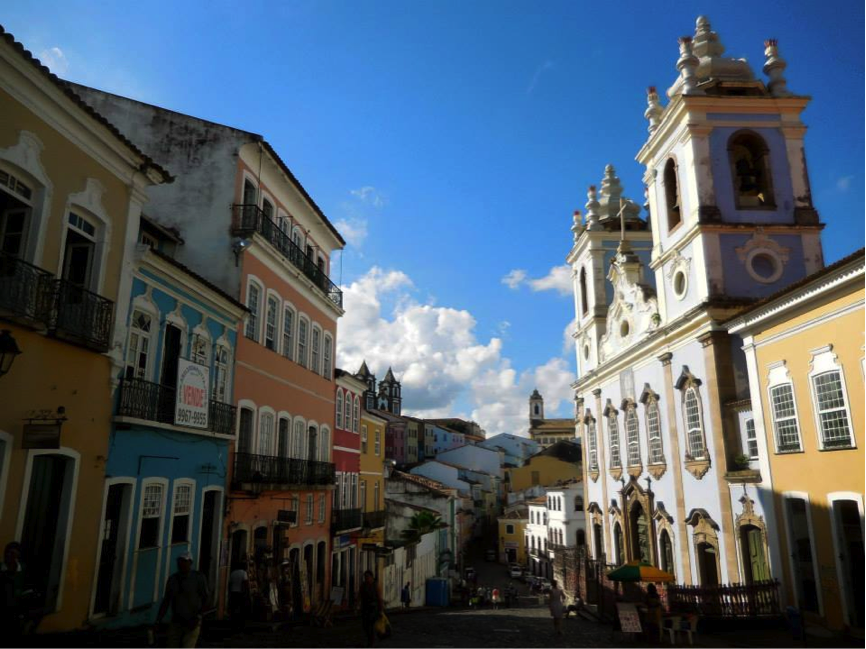 Salvador was something else – it has character.

As strange as this sounds, people in Salvador walk differently… not weird different, but good different. They have, what kids these days like to say, a certain ‘swag’ to their walk. The kind that makes you look at them and say I wanna walk like that too!

I stayed at the famous Porto da Barra, where the phrase, “crystal blue waters” came to life.

Fusae was a wonderful host I found on Airbnb; she was easily contactable from the beginning of my booking and very accommodating during our stay. On our last day, she let us stay in the apartment till evening although our check out time was at noon. That gave us plenty of time to swim in the sea and laze around the beach! 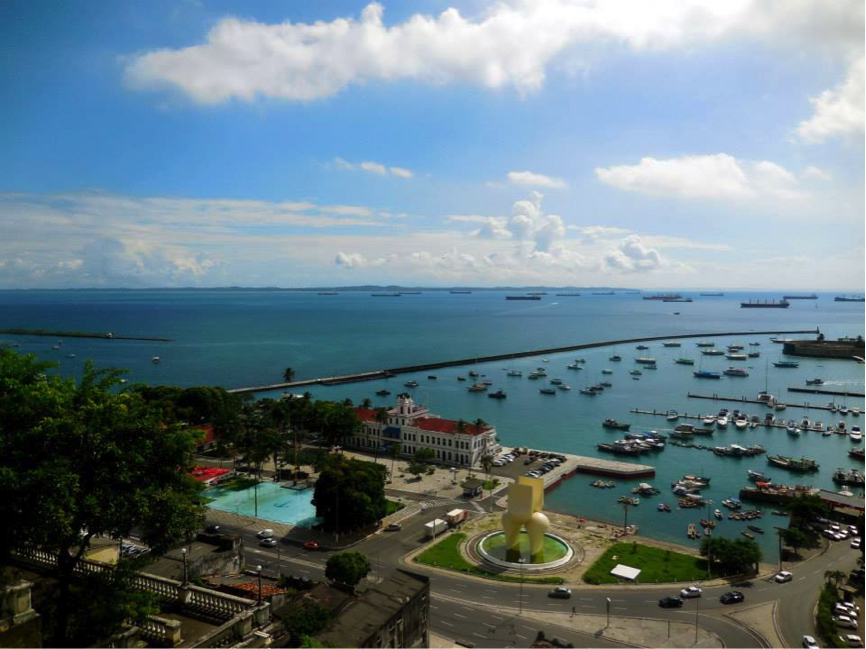 Keep Calm and Salvador on and on and on.

All around the clock, there were people surfing, swimming and lazing on the white sandy beach. Street peddlers were selling coconut, bottled drinks and snacks scattered along the pavement and they would initiate small talks with anyone who passes by.

Salvador was like paradise. So much so that I willingly woke up at 5 am and went for a run alone, to catch the sunrise.

That’s how special Salvador was. 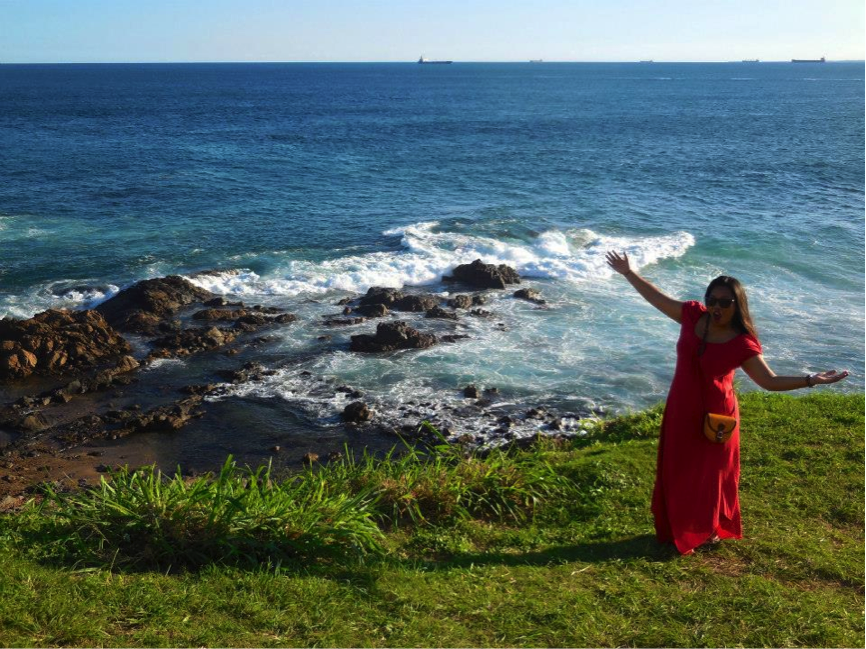 But it was also in Salvador that Fas and I had our first encounter with danger.

In the morning, our host reminded us to hold our bags close to us and keep an eye out for suspicious characters. We were at Pelourinho, the historic centre of Salvador happily taking in the sights. It was only when we walked uphill, past a church that we realized there was a man who was tailing us.

We stopped in our tracks.

I made a 180 degree turn and pointed to the church behind us and pretended to talk to Fas. Behind my shades, my eyes followed his movement as he walked past us and then stopped about three shophouses down. Only about fifteen minutes later, we saw him moving off, possibly giving up.

Suddenly, an old lady started yelling to us in Portuguese behind her closed gate.

As it was, I was already so high-strung that my first instinct was to of course, bravely run away. She was warning us against going in the direction we were headed because there was a “bad man” who had just walked by. She pointed to our bags and motioned for us to hold it close.

We only resumed walking when we saw a group of tourists walking in the same direction as well. Funnily enough, they thought we were the suspicious characters and did exactly what we did earlier – they ran! 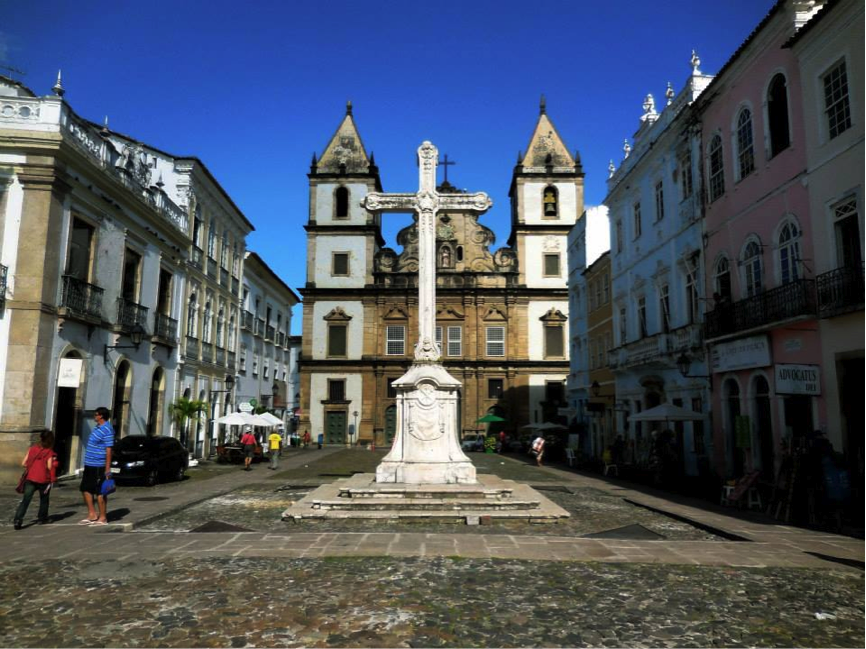 The thing about Fas and I is that we have very poor concepts of danger. After leaving Pelourinho, we were wandering around with our map, looking for anything exciting to do.

We walked downhill and found ourselves at a bus depot where there was a large congregation of people. I thought nothing strange of it because, it was about 6pm and have you seen our own Tampines interchange at that time? Crazy packed.

Roads were blocked, and we thought that the locals were waiting for buses by shouting at other people with a loudhailer, the Brazilians sure did things differently than Singaporeans. As it turned out, it was not peak hour traffic; it was a civil union protest.

A protest that Fas and I so nonchalantly walked into.

But before side stepping out of the paths of the protestors, we stopped to buy ice-cream.

I even got one for half price because the kind man thought I was short of money. I know, I know. What was an ice-cream man doing in the middle of a protest, right?

Here in Salavdor, ice cream and protests and danger come perfectly well together.