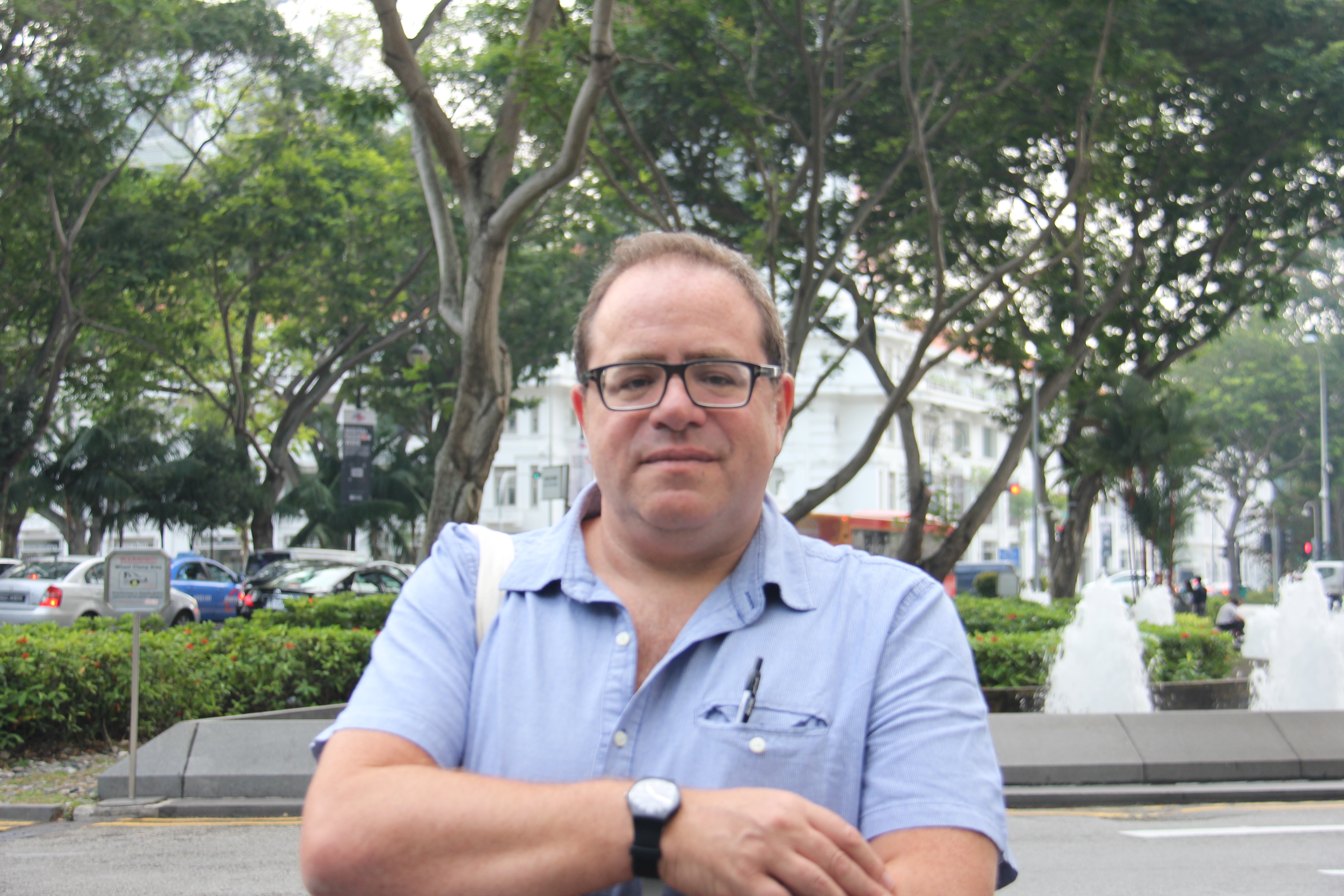 Above: Mark near the venue for the Singapore Writer’s Festival 2015

The Singapore Writers Festival (SWF) is an annual event which draws some of the world’s literary leading lights to our island. Mark Gevisser, a well-decorated South African journalist, was invited as a panelist the festival this year. We sat down with the man from Jo’burg for a conversation. 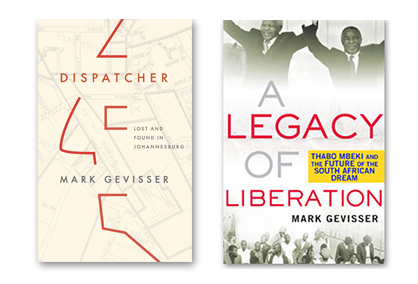 Left to right: Book covers of A Legacy of Liberation: Thabo Mbeki and the Future of the South African Dream (Palgrave Macmillan, 2009) and his widely-acclaimed memoir, Dispatcher: Lost and Found in Johannesburg (Granta, 2014)

Left to His Own Devices

In his memoir, Mark recounts the flights of fantasy in his childhood. He remembers playing a game he invented called, “Dispatcher”. The game went as such: Mark would peruse a phone book and settle on a name at random. This chosen person would be the recipient of his imaginary courier once he found a route from his house to theirs. His fascination with map-reading unravelled his creativity and he was soon thinking of new suburbs in undeveloped spaces, designing floor plans of various houses. Every dead end or unfinished road was a leap for the imagination.

“I think my interest in maps was my way, as a little boy, of crossing over the boundaries that had been placed to prevent people from moving from one place to another.”

This was how maps fuelled his imagination. It would later lead to his political awakening, growing up in the apartheid, the African word for the state being apart, literally “apart-hood”. Under the apartheid, which lasted for more than four decades, White and Black South Africans lived separately. He made this discovery when he encountered a Black African living in an unfamiliar yet nearby township near him while playing Dispatcher.

The memoir continues to share the other poignant phases in Mark’s life, growing up in South Africa.

Mark embarked a project in 2002 to help co-curate the permanent exhibitions at Constitution Hill. Constitution Hill was previously an old fort built by the Dutch to prevent a British invasion. The fort later became a prison complex, mainly for white males, except for one special inmate named Nelson Mandela. Mark was tasked with converting the dilapidated site in the city centre into a space that encapsulated the essence of the South African story.

“The judges wanted something like a campus for human rights, where people who visited could understand how human rights were denied in previous times, and how they were protected now and how they need carry on being protected in the future.”

Mark’s generation is poised between the difficulties of the past and the possibilities of the future. Standing on the wall between Old Fort and the Constitutional Court was a stark reminder.

“When you stand on this wall, and look on one side of the old prison, where Mandela was held and you look on the other side of the new court where Mandela’s constitution is now applied. You’re looking at the difficulties of the past and the possibilities of the future.”

Constitution Hill gives visitors an unparalleled view of the city. It is located at 11 Kotze Street in Braamfontein, Johannesburg.

When you visit the ‘rainbow nation’, do not be taken aback by the “loud friendliness” of South African hospitality.

“South Africa is very out there. When you arrive at the airport, you’ll hear people talking at the top of their voices and you might get scared and wonder, “Why are all of these people shouting?” That’s just the way people talk to each other.”

An often underrated tour destination, Mark finds, is Johannesburg. Johannesburg is the economic heart of the country but beyond its American-esque skyscrapers, you might witness something greater – a working class of Black South African professionals. It is a pulsing Afropolitan city – a term that has emerged to refer to the increase in black working professionals.

Another city which gets passed over by its Capetonian cousin is Durban. The coastal city of Durban adds cultural diversity to South Africa. It is home to a burgeoning Asian community, which has settled there since colonial times, when South Africa was a Dutch possession.

“It’s in a way not unlike Singapore. It’s got a very mixed population.”

Durban has the largest concentration of Indian descendants outside of India. The local Asian community also includes the Javanese.

Another place that shows South Africa’s diversity is Cape Town, Mark’s current hometown. His favourite haunt is a tidal pool called Dale Brook. Locals gather to swim there. It is particularly crowded on weekends since it sits along the train line.

The best time Mark advises to visit is in the summer months of December and January.