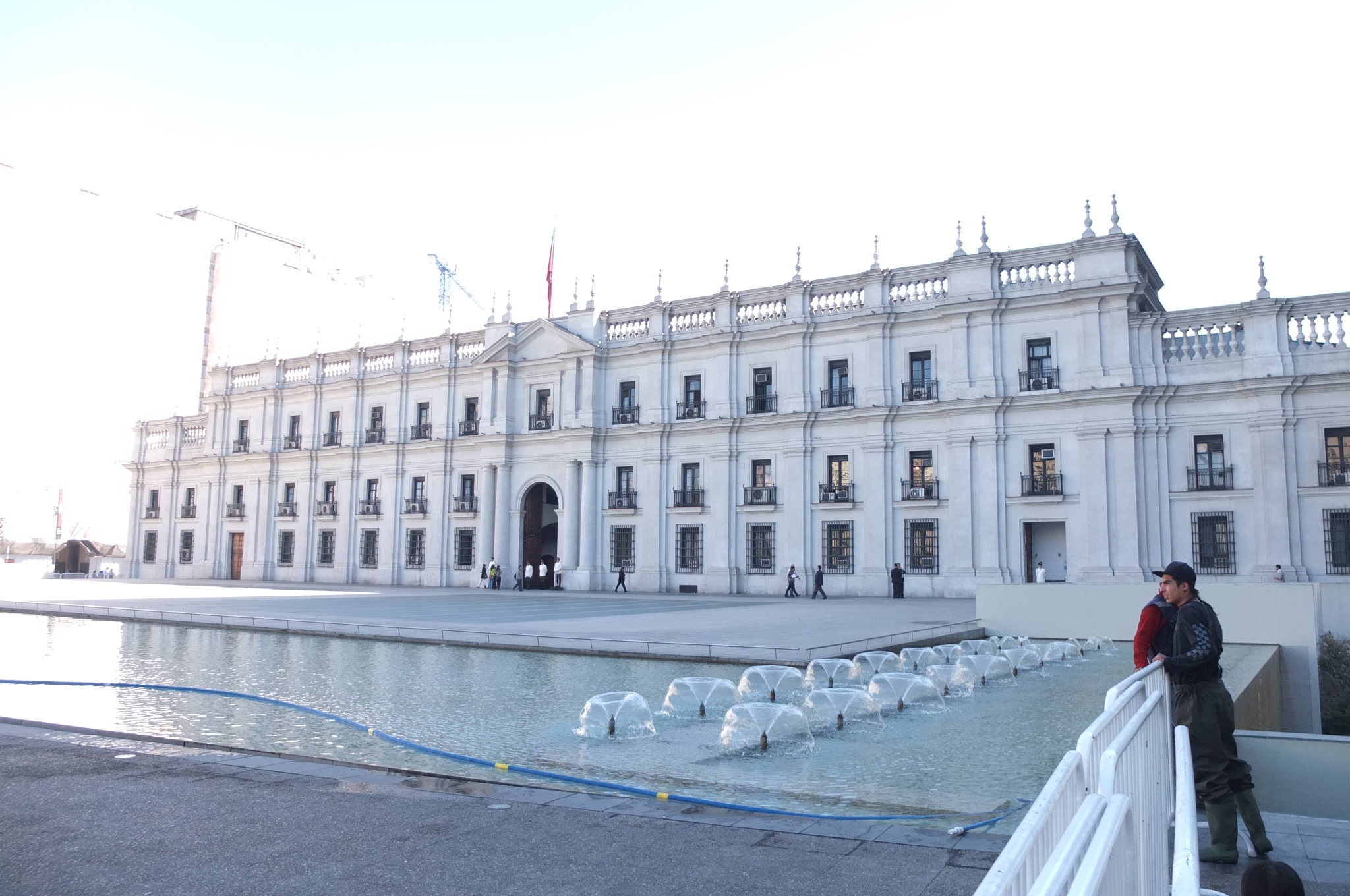 Arrived in Chile, Santiago via Lima from Los Angeles on an early flight. We managed

to find affordable accomodation from a local who is renting out an apartment in downtown Santiago. It was a spectacular view of mountain ranges as we took the cab from the airport to the apartment.

five nights in Santiago and basically the first two days were to allow us to overcome the jet lag. Then we started to explore the city on our own and you can imagine the mess that we got ourselves into with zero knowledge in Spanish. It was quite a problem for us because we are independent travelers and require information from signs and brochures. However, I am glad we persisted and did not take the easy way out by joining an organized tour.

During the five days, we were even caught in a students’ protest where the police used tear gases against the protestors. It seems like this is normal as the rest of the people just got on with their lives. We did not really feel threatened but it was not easy walking through the streets with tear gases and taking two kids with us. However, people around us were really helpful and giving us all kinds of hand gestures to prevent us from going the wrong direction.

I must emphasize there is no feeling of threat to our safety and the country is safe and well organized in general. We used the metro to explore the city and it was a breeze, except for the part on purchasing tickets, which would have been easier if we could understand some Spanish. 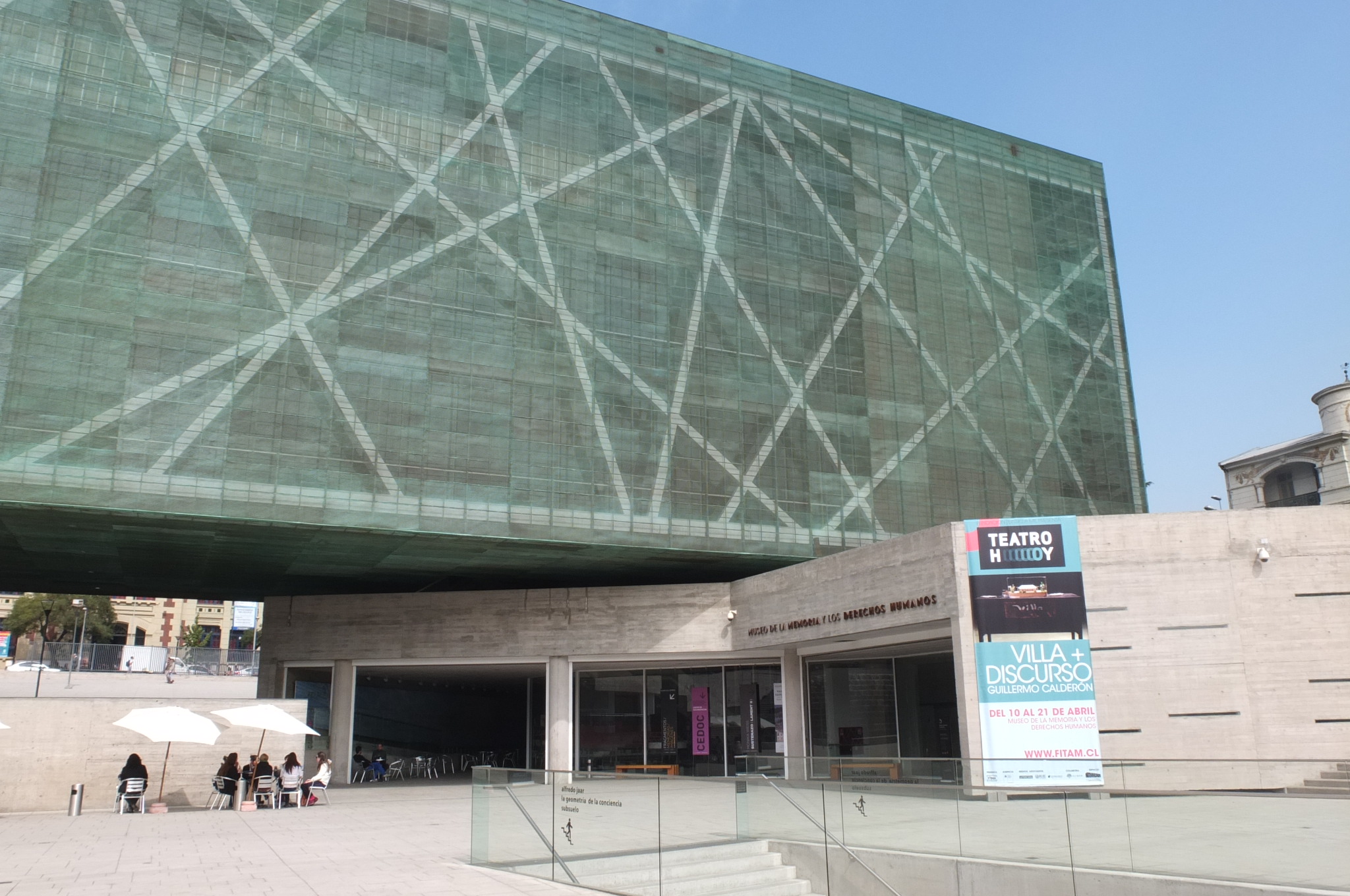 Museum of Human Rights (documented the history of Chile)

And so we depended on the Internet to give us some ideas on the attractions we could visit. The city is famous for its many museums and cathedrals that are famed for its intricate and beautiful architecture. Although most of the time we could not understand the explanations on the wall, just looking at the displays or monuments gave us some ideas about their origins. 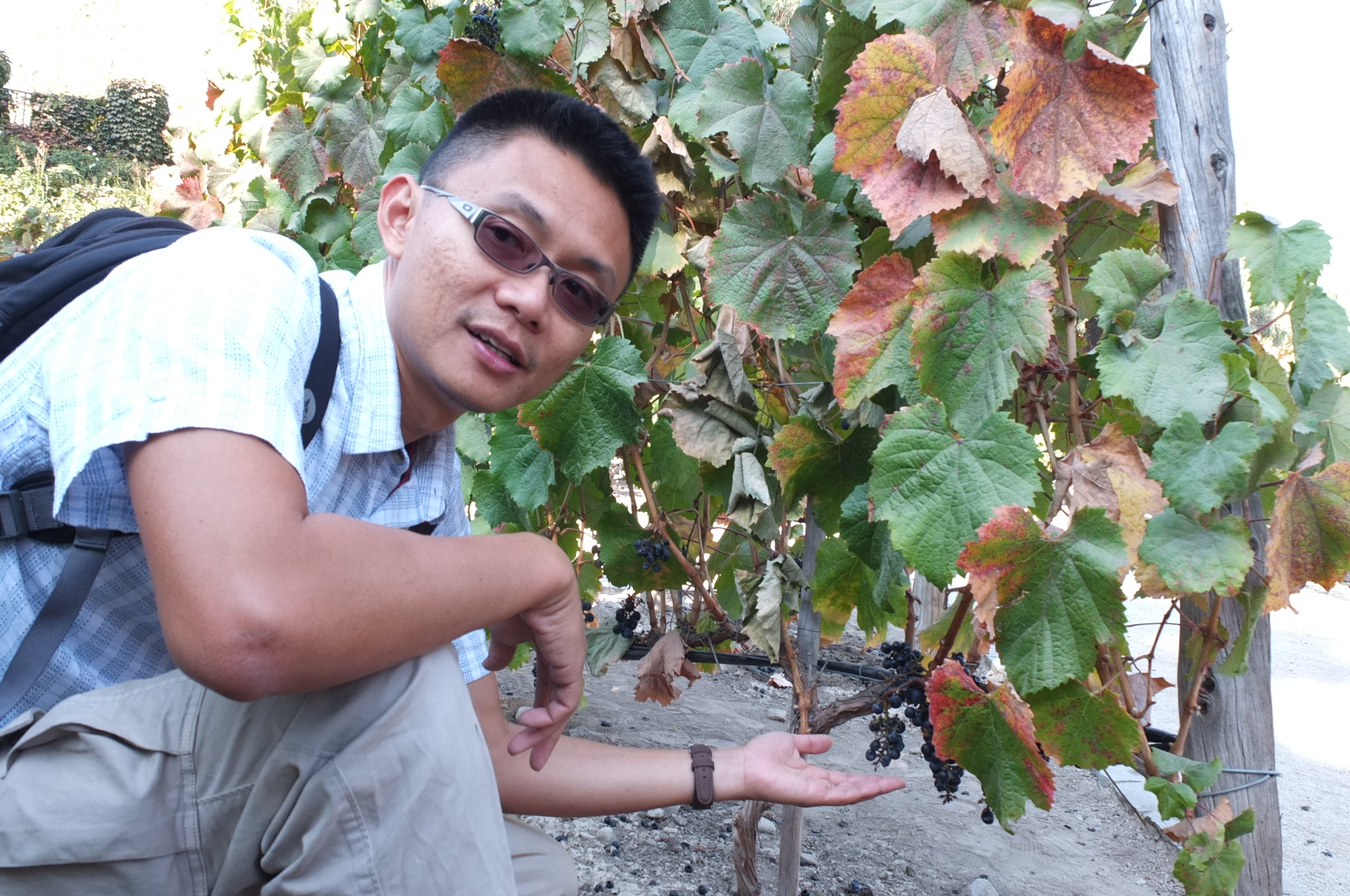 We decided to head down south to the Lake District and Torres Del Paine after Santiago. The first stop was the volcanic town of Pucon. It’s an adventure town centered on the active volcano Villarrica, which last erupted in 2008. It’s a touristy town with many small hostels and hotels to cater to different types of travellers

to rent a car and drove around to some attractions independently. We first visited the National Park in Pucon where we attempted to do a 7-km hike. It was quite a bit of an uphill and we only managed about half the distance before we turned back as it was getting darker. The park is rich in flora and fauna diversity and several beautiful waterfalls. 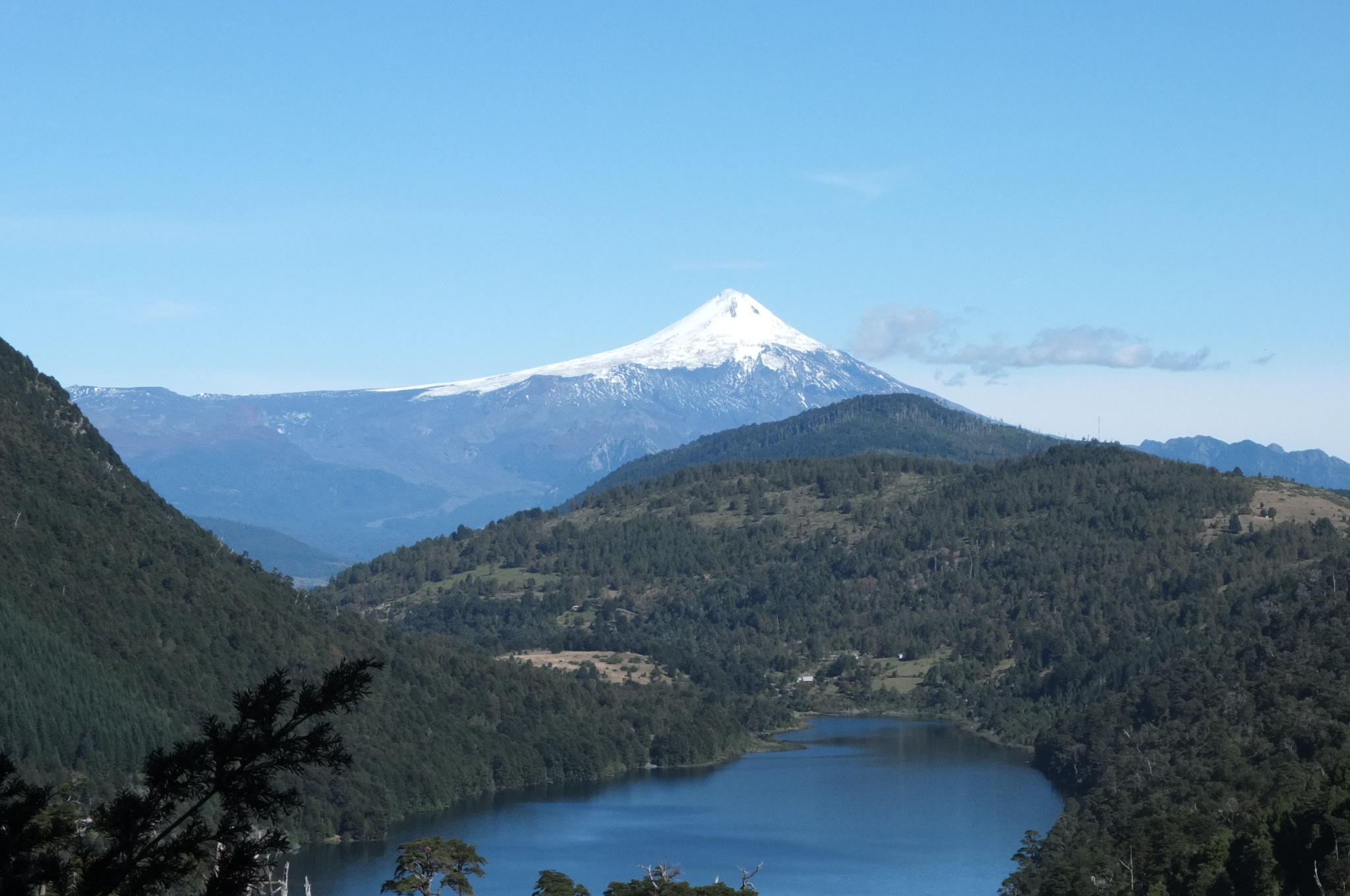 We also met a Singaporean trekker, who has been travelling in South America for four months, which included one month of Spanish course in Santiago. We also met an Australian family who is in Chile looking for opportunities to start a new life. All these experiences helped us to understand the extent of globalization that is taking place, it also enriched our perspectives on life when we discussed the reason why we are seeking out new experiences. 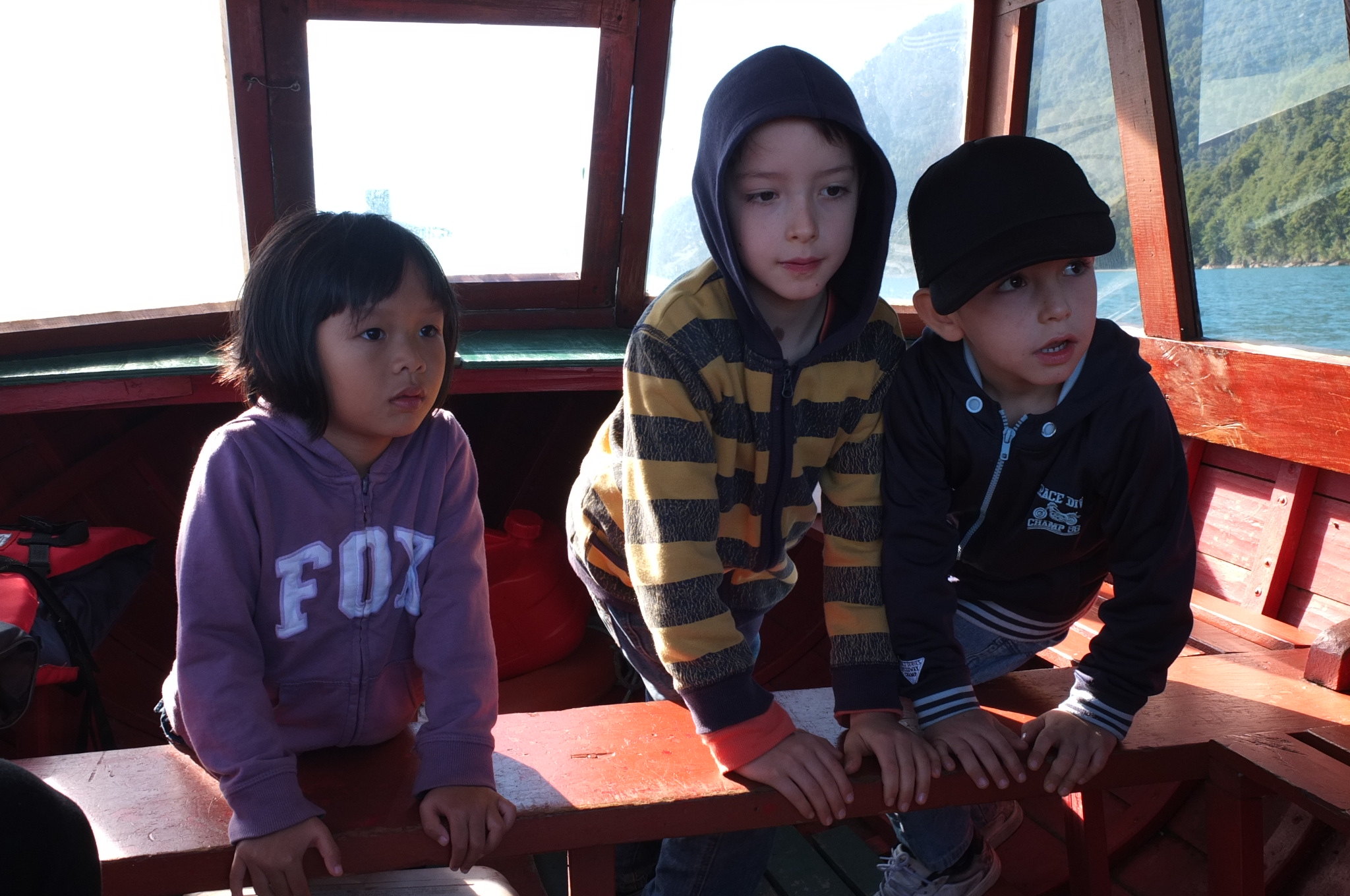 Kaylee with Addason and Zade (Australian Family we met)

Next, we travelled to Puerto Varas where we put up in a bed and breakfast owned by a young French couple. They started this B&B four years ago, leaving behind the modern city life of Paris. Over here, they embrace the rural lifestyle and learned many new skills such as gardening and rearing animals. They have a young girl aged three and our girls were so elated to have a new playmate. Everyday, they will be looking forward to playtime when the girl is back from the childcare. 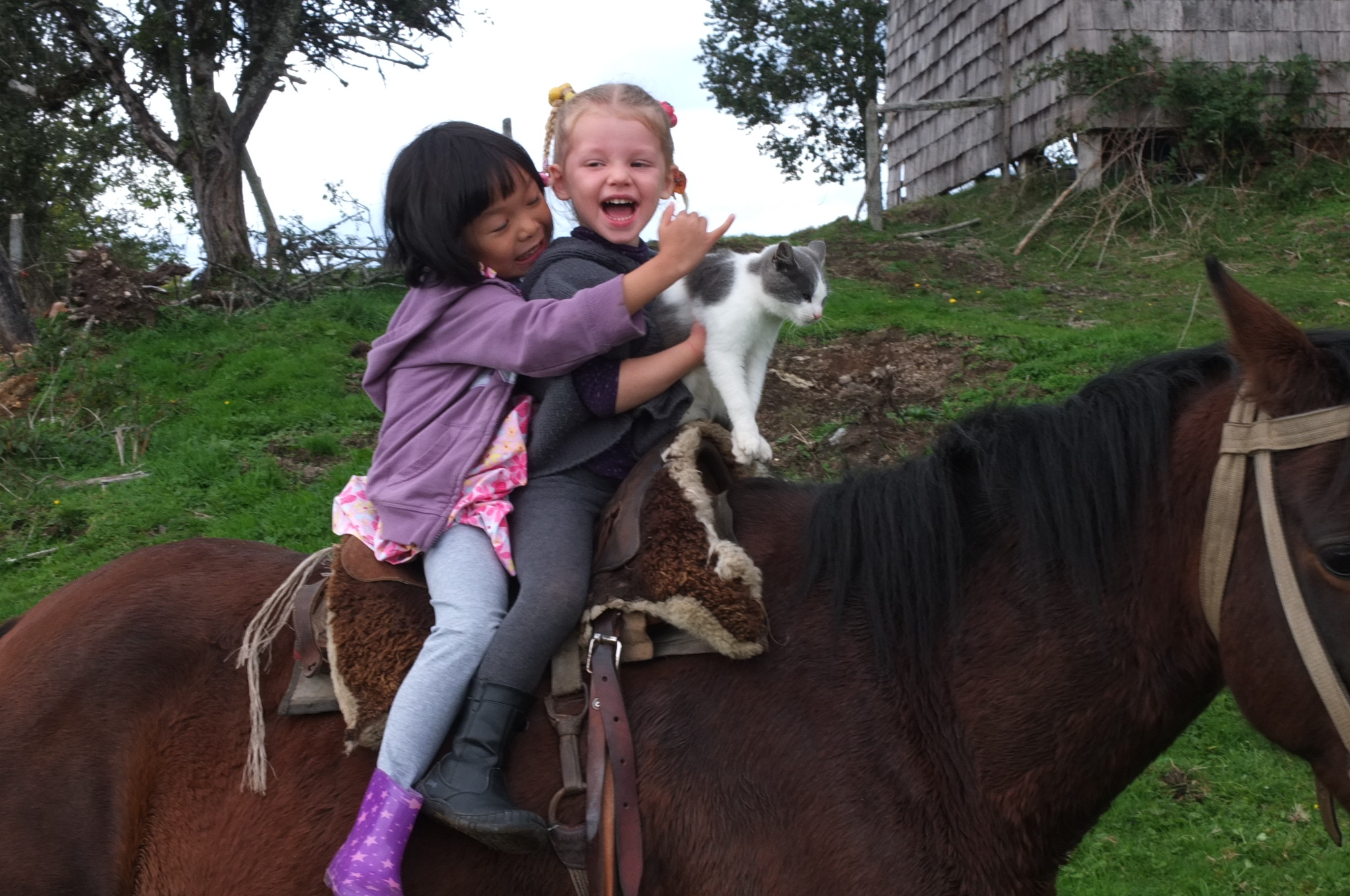 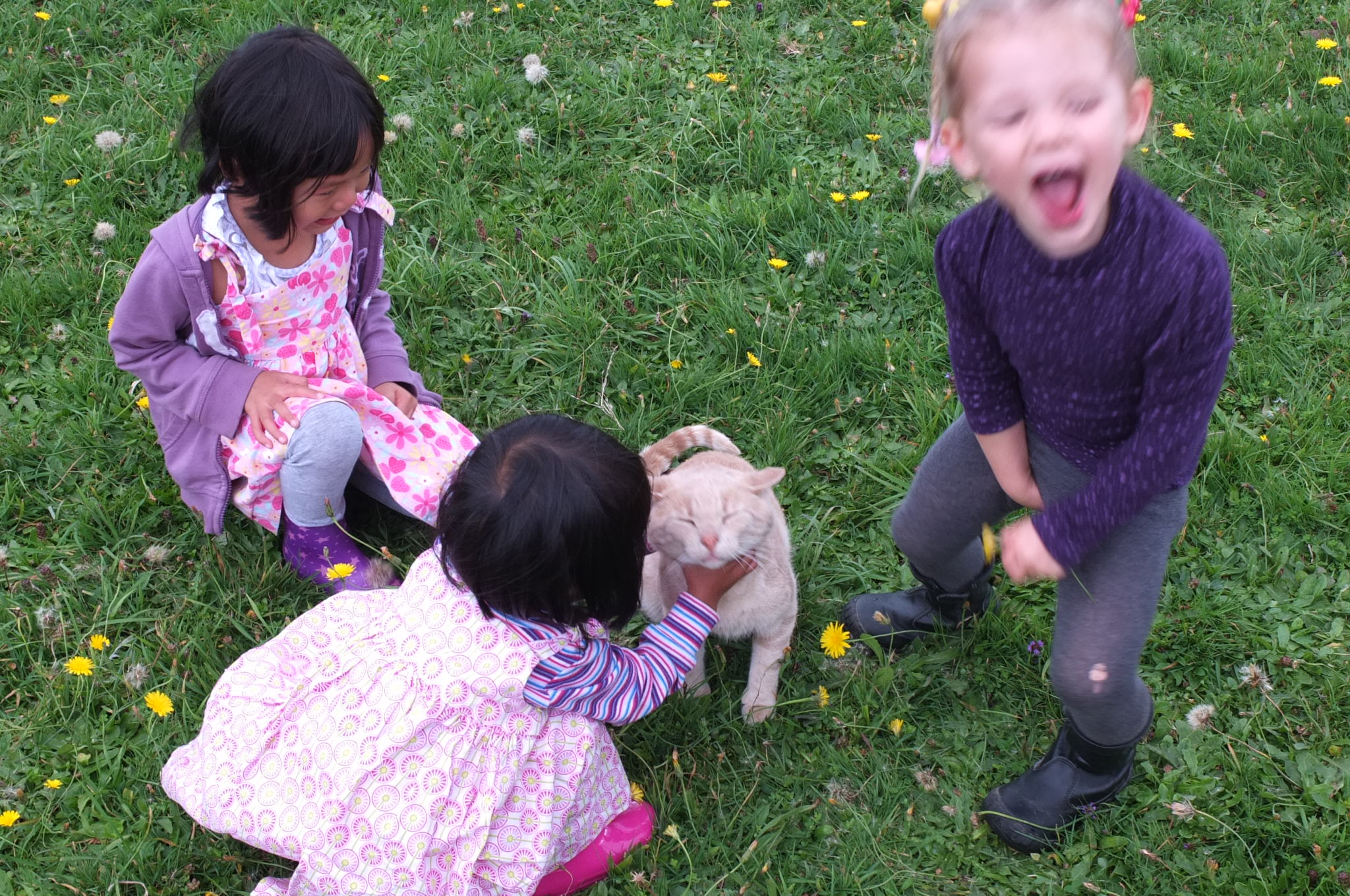 Our girls enjoyed playing with Leela and her cats. 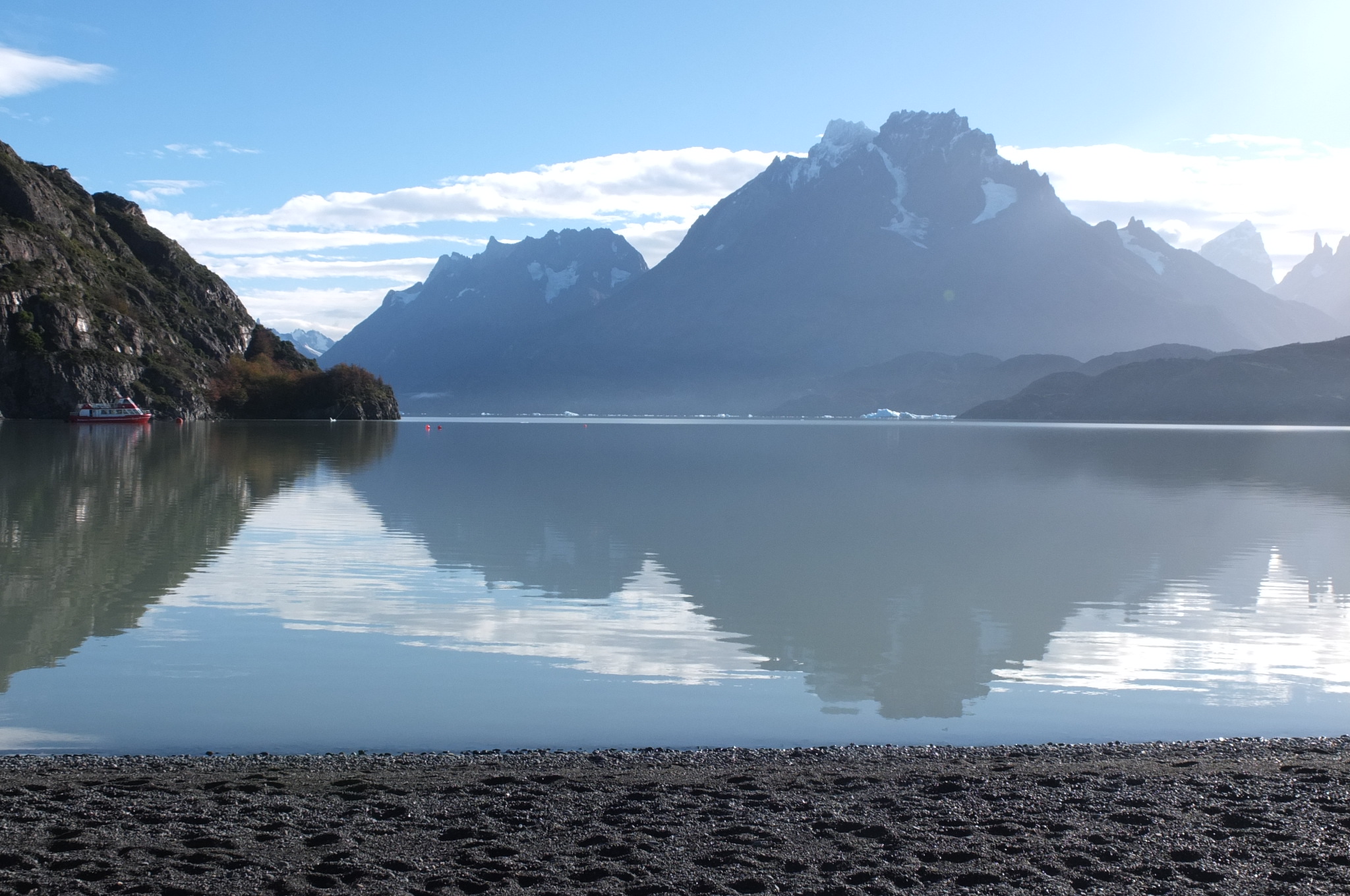 There are no words to describe the natural splendour of Torres del Paine. You feel like you are in a different world where you can still hear the melody of wind and water. Rocks weathered from ancient glaciers, flora of differ shades – it is just amazing. We managed to do quite a few excursions with the children and it was great to let them experience the elements of nature on their own. I must say we are very blessed to be able to visit Torres del Paine because it is a place that many ordinary Chileans cannot afford to come. 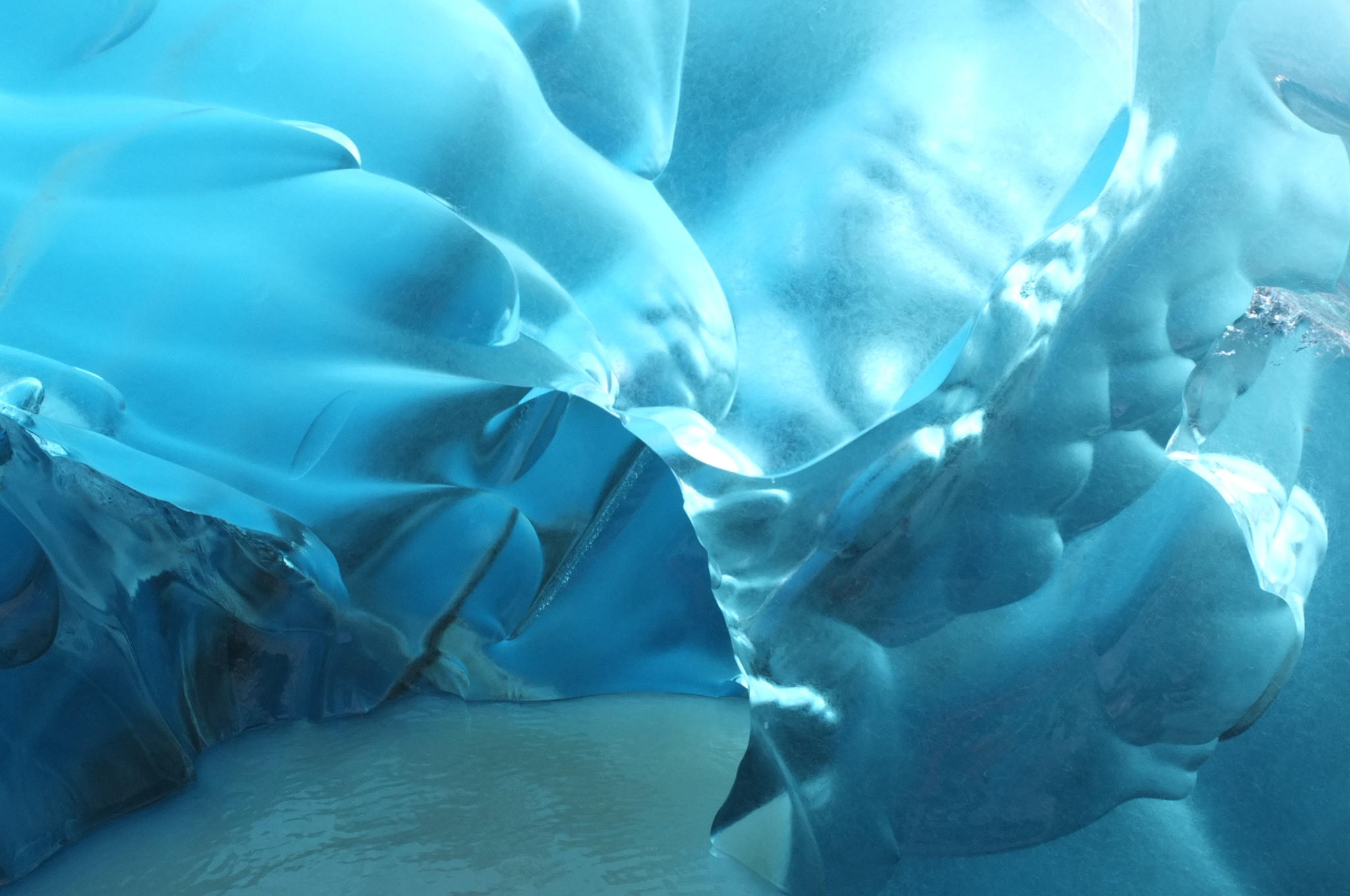 Ice berg from the Grey Glacier. 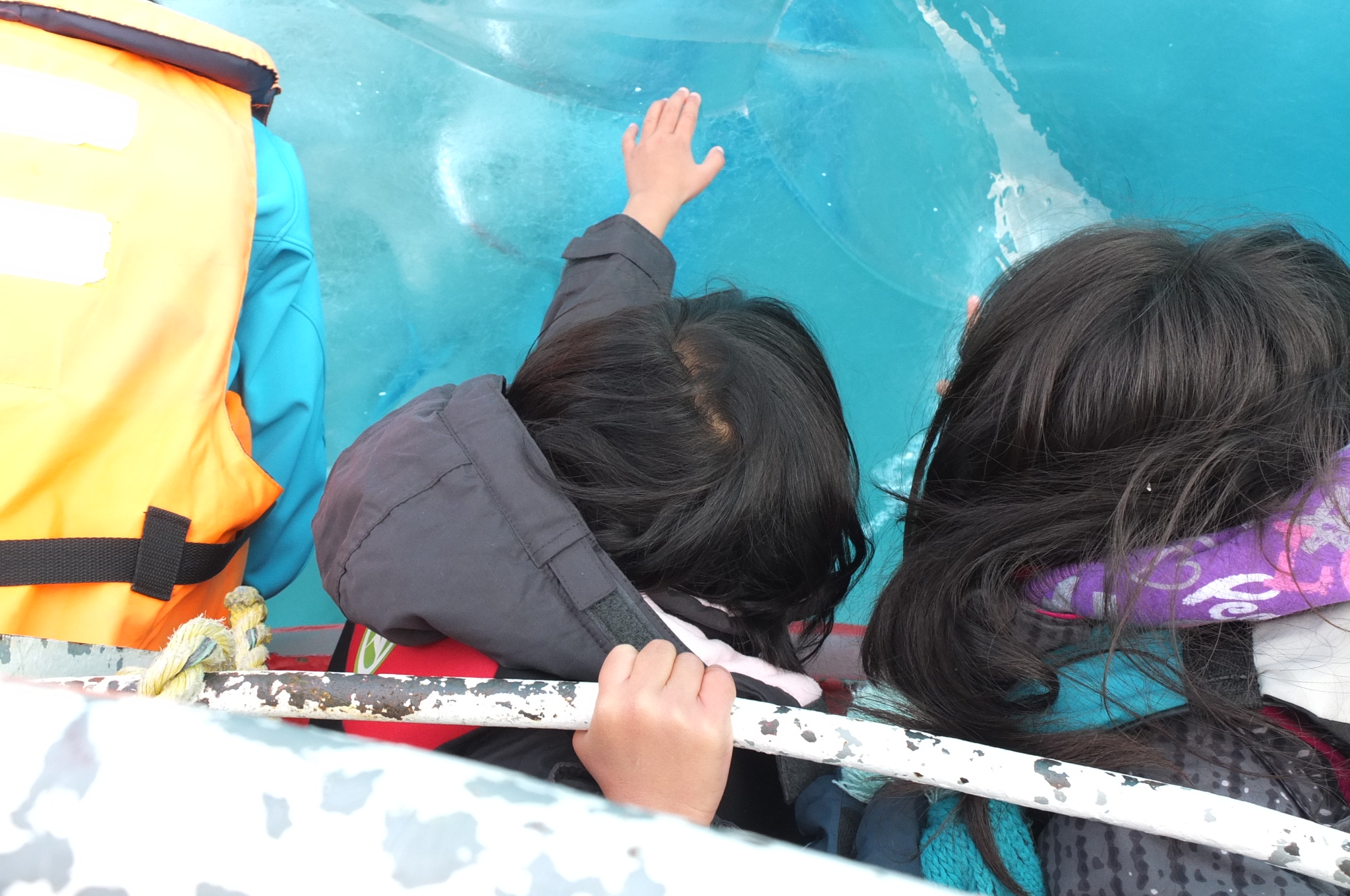 Reaching out to touch an ice berg After 4 hours of steep slope, Lawrence completed the base torres trek. The trek takes 8-9 hours to complete. 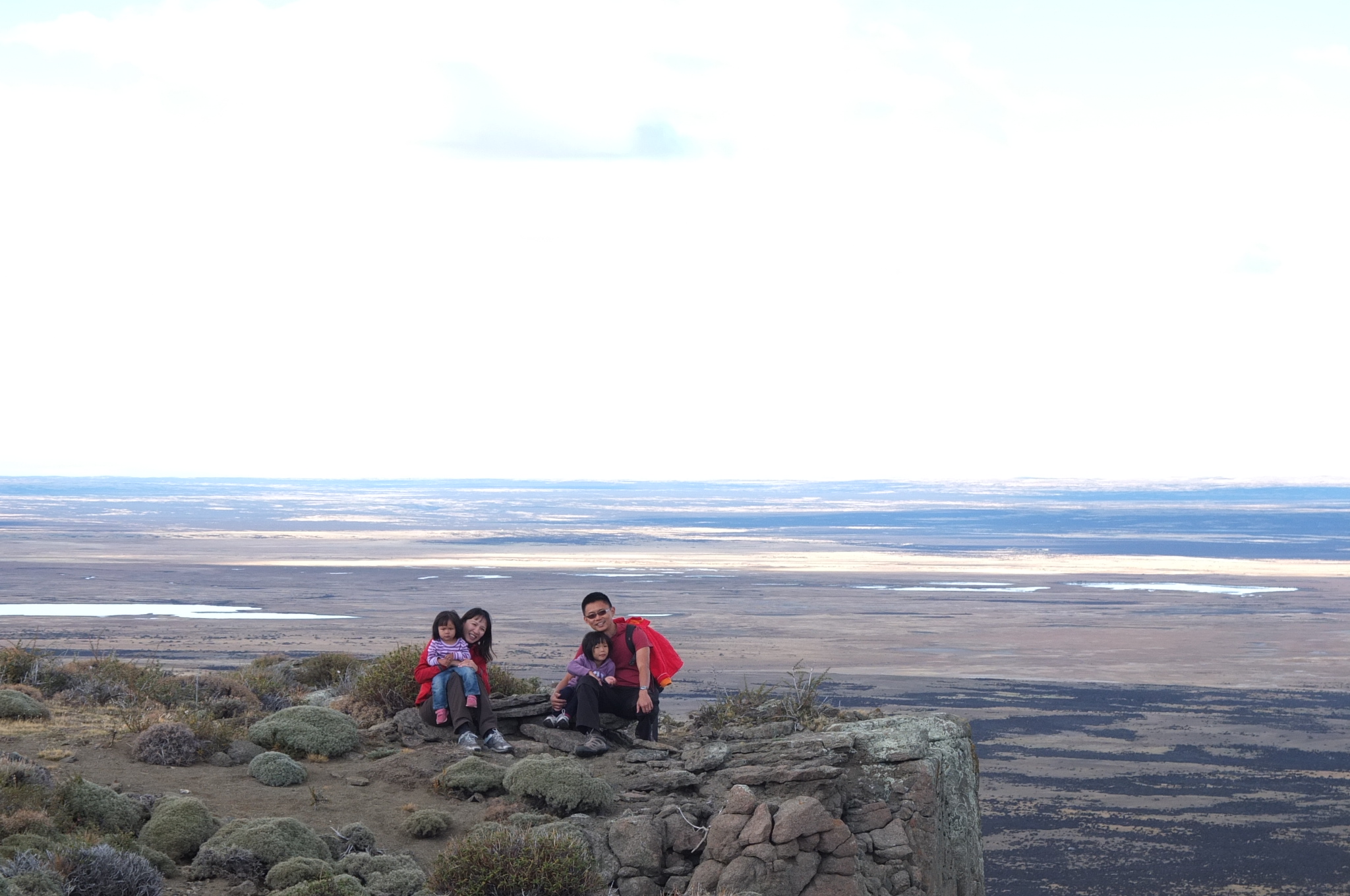 Our last daytrip in TDP was on top of a cliff to search for condors and their nest.