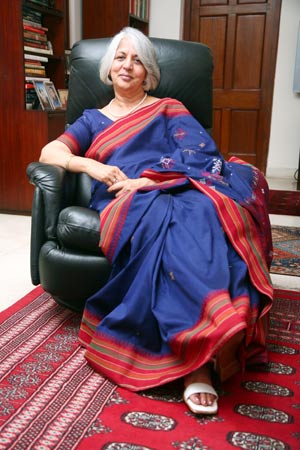 What would you say to someone who hasn’t been to India?

But I think what you will find is a young India today. About 50% of our population today is below the age of 25 and a lot of them in the cities you will find, are really exposed to the modern world. They have studied abroad, and have come back. 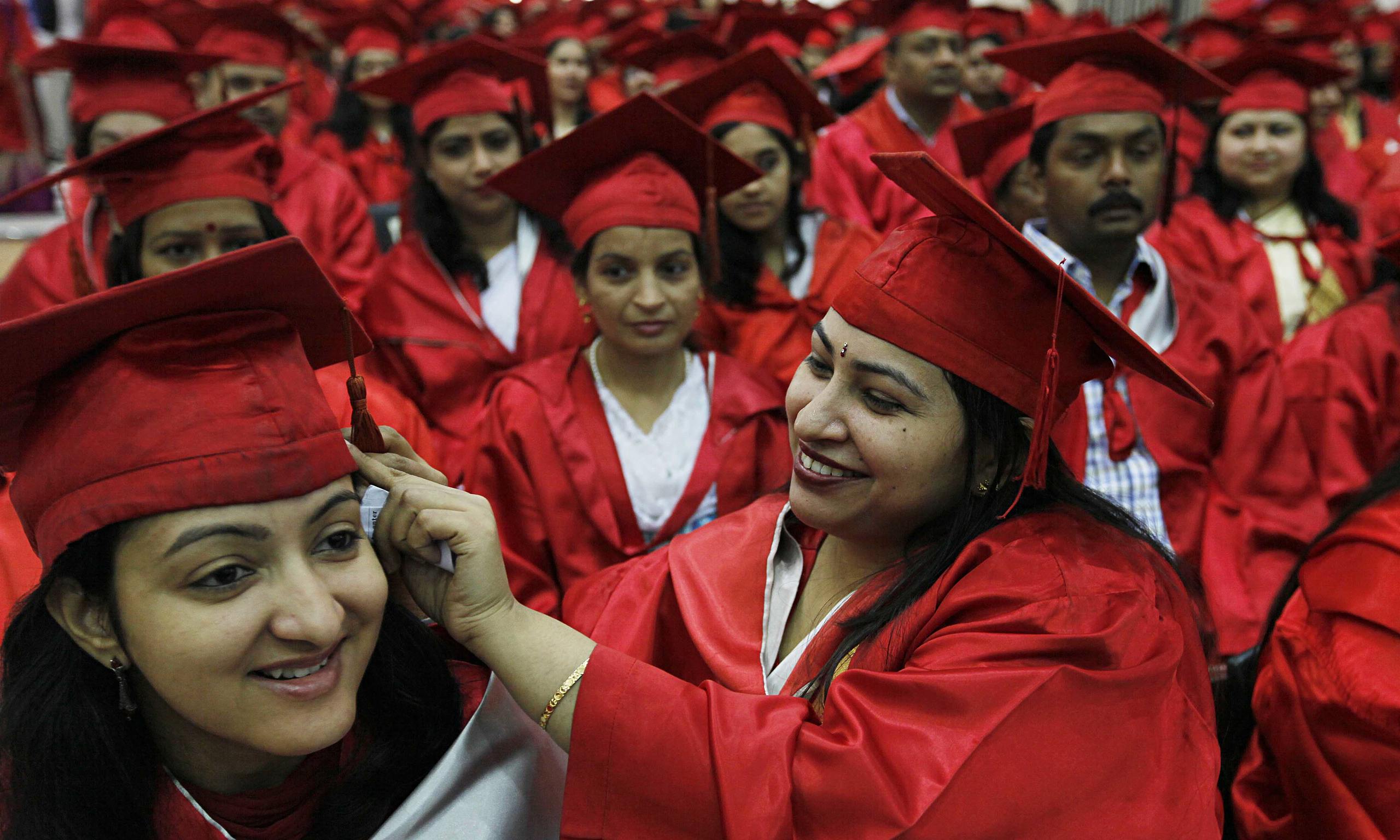 You will also find another India. An India of poverty. About 25% of our population lives below poverty line. In absolute numbers, that’s a large number, since we have a total population of 1.2 billion. That, will strike you. No matter how much you thought you knew, you would still feel a little something when you see for yourself the coexistence of poverty and the riches. 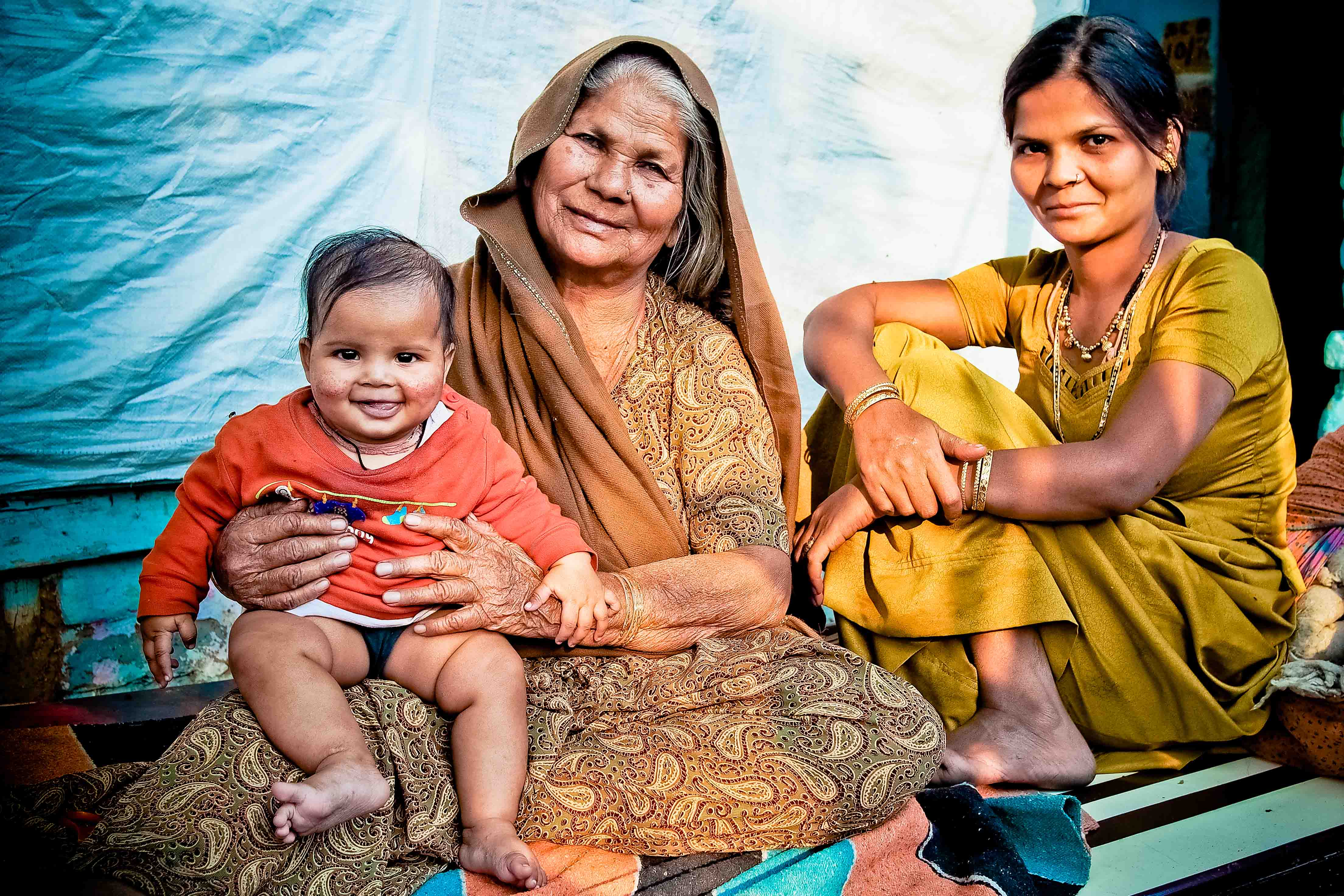 What are some of your favourite cities in India?

I am very partial to Delhi. While I grew up in Kolkata, in West Bengal, I have lived in Delhi for the past 35 years. I find that Delhi has a great deal of history. Like Rome, it’s a city where you cannot forget. It is a city which has lived several lives, and there are great monuments that testify to that. 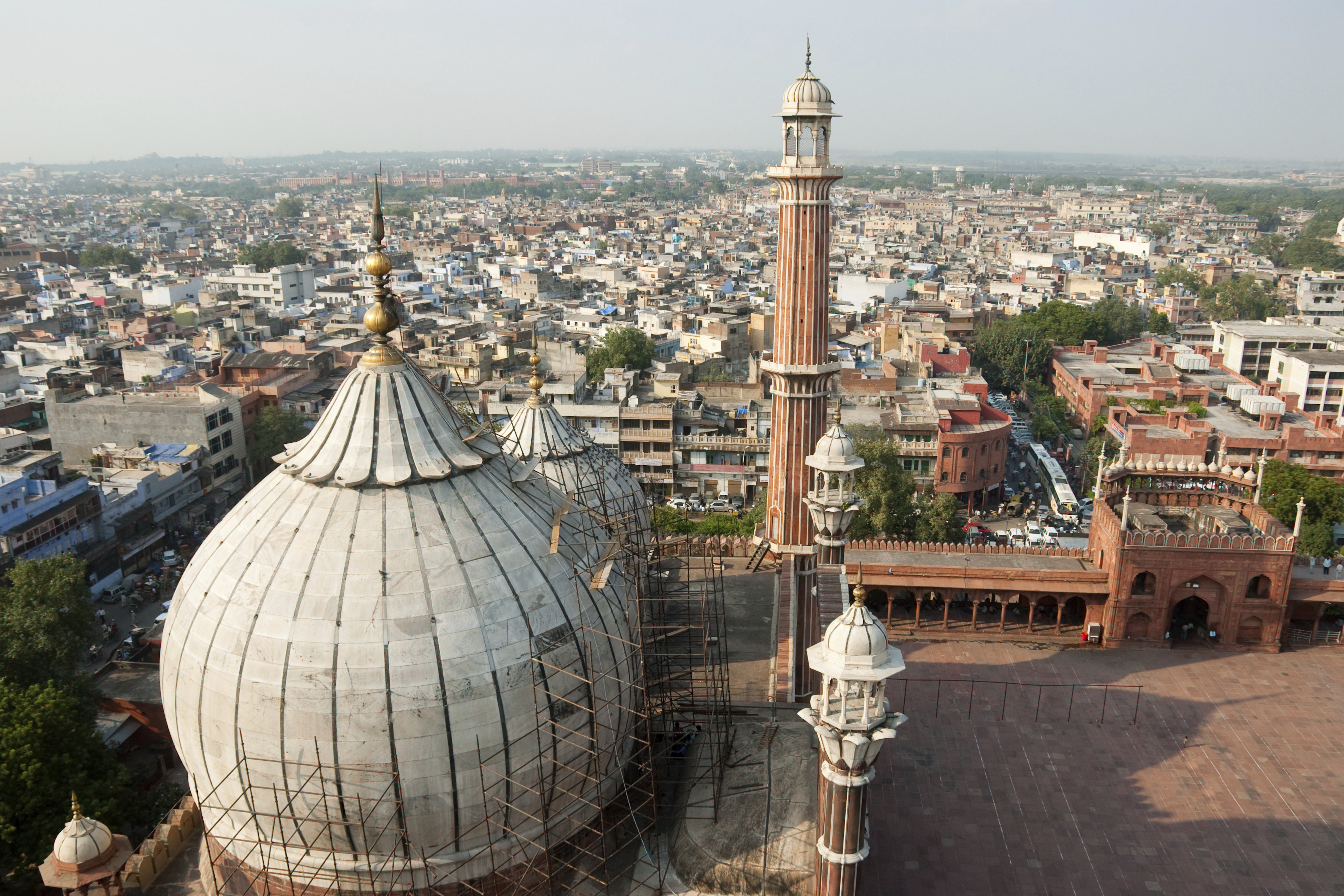 Being the nation’s capital, there’s been a lot of migration of people from rural areas and other cities. Because planning has not been the best, we also have development of a whole lot of slums. It is true that we still need to fix Delhi in many ways. However, Delhi is able to offer so much more in terms of its geographical diversity and history, and also its improvement in the cultural environment. It is definitely a city that I like best.

Could you tell us about your experience working and living in Delhi?

Delhi has changed over the last 8 to 9 years for the better. In the past, if you wanted to see a classical performance of music or dance, you would pay, buy a ticket or go to a theatre. But today, several public spaces such as the parks and monument grounds are utilized regularly for performances. This has definitely made India a lot more vibrant. 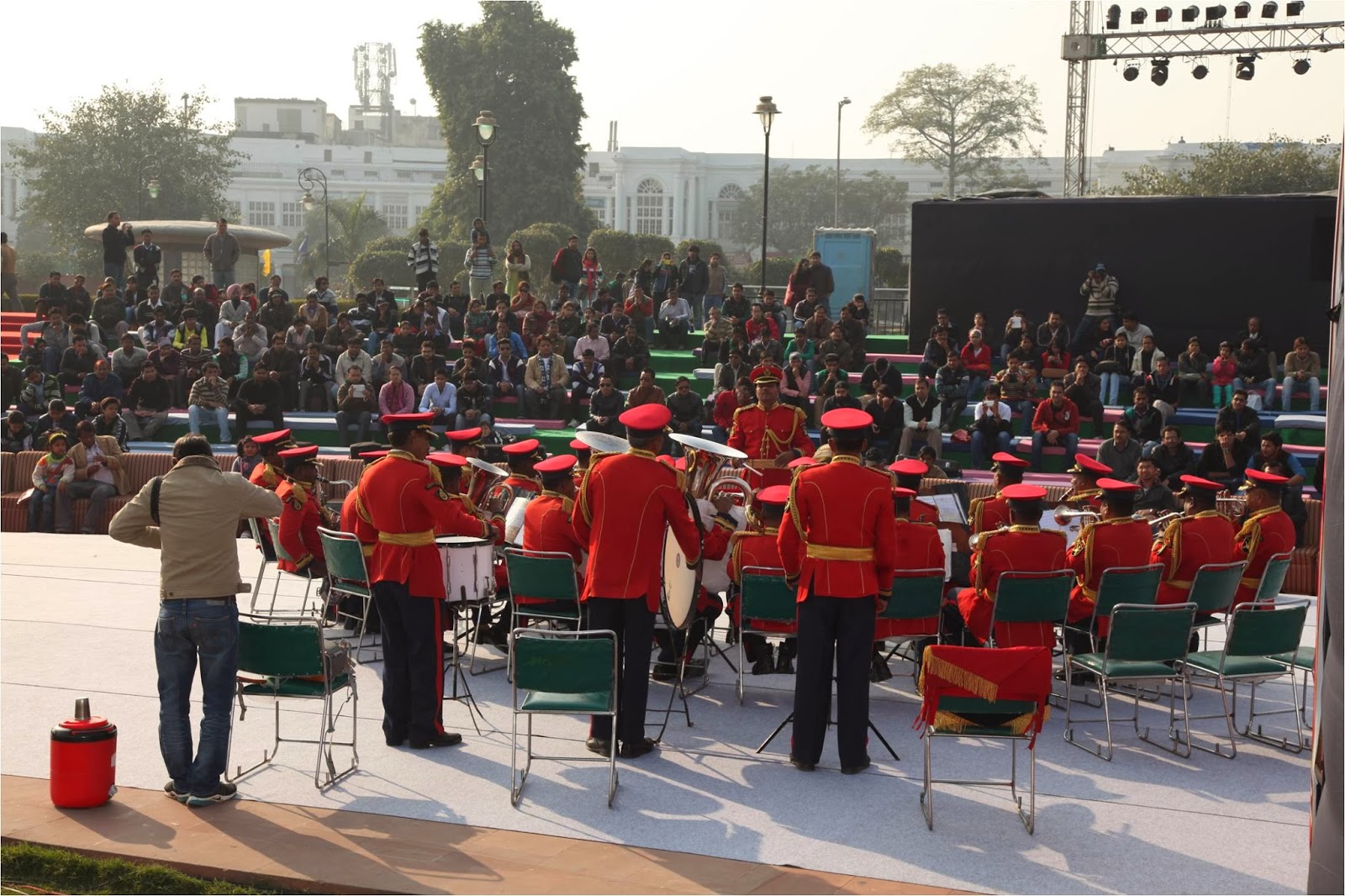 Delhi has also improved greatly in the environmental aspect. Formed 1500 million years ago, the Aravalli mountain ranges are the oldest mountain ranges in the world. There was quite a bit of encroachment when Delhi was growing very rapidly back then. However, recent efforts by conservationists, including a team of students from Delhi University, the Delhi government and the municipal corporation has lead to the conservation of 19000 acres of land. Two biodiversity parks have also been developed among these forests. I’ve actually visited both the Aravalli Biodiversity Park and Yamuna Biodiversity Park and the latter is even attracting migratory birds now because so much biodiversity has been created. 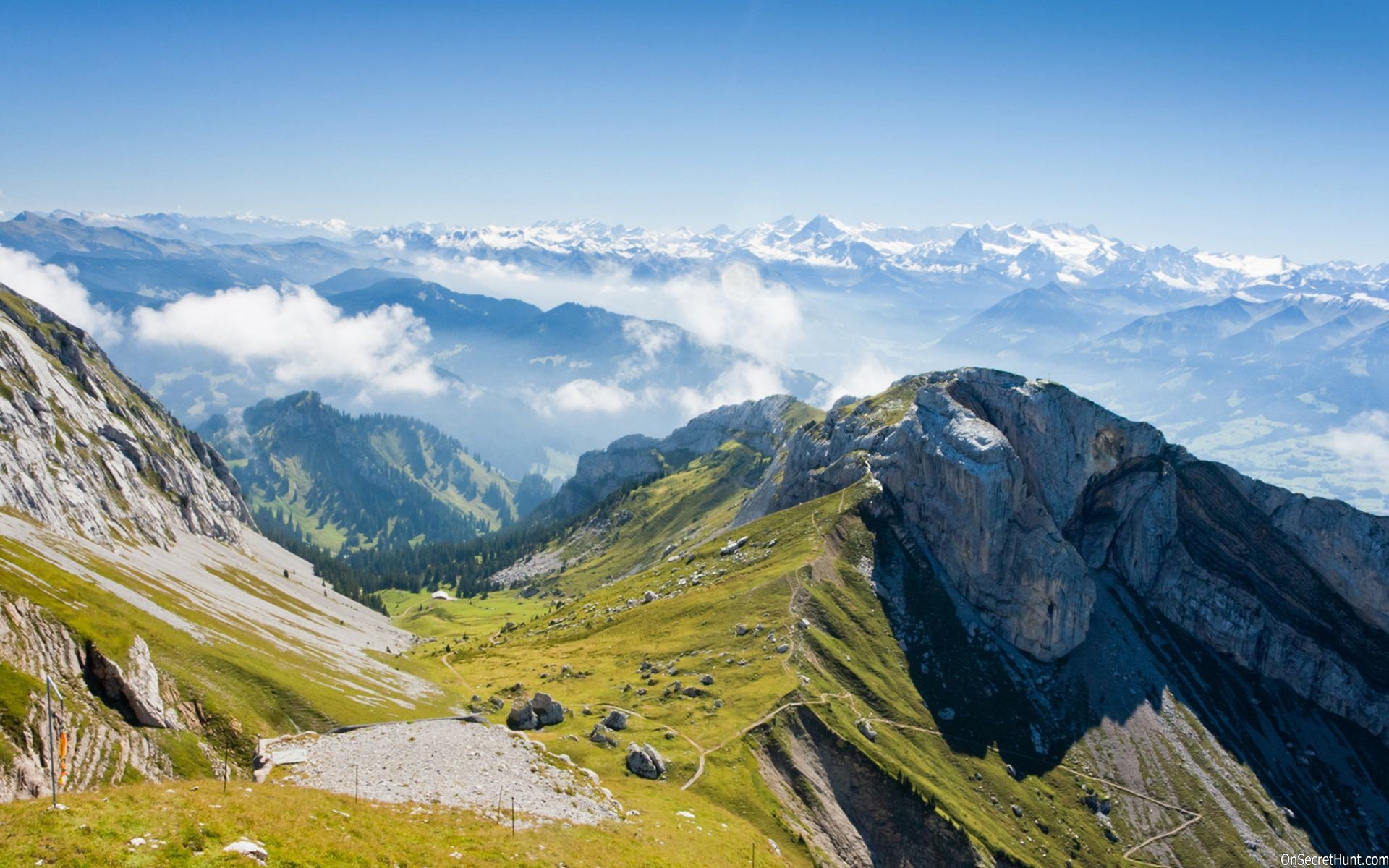 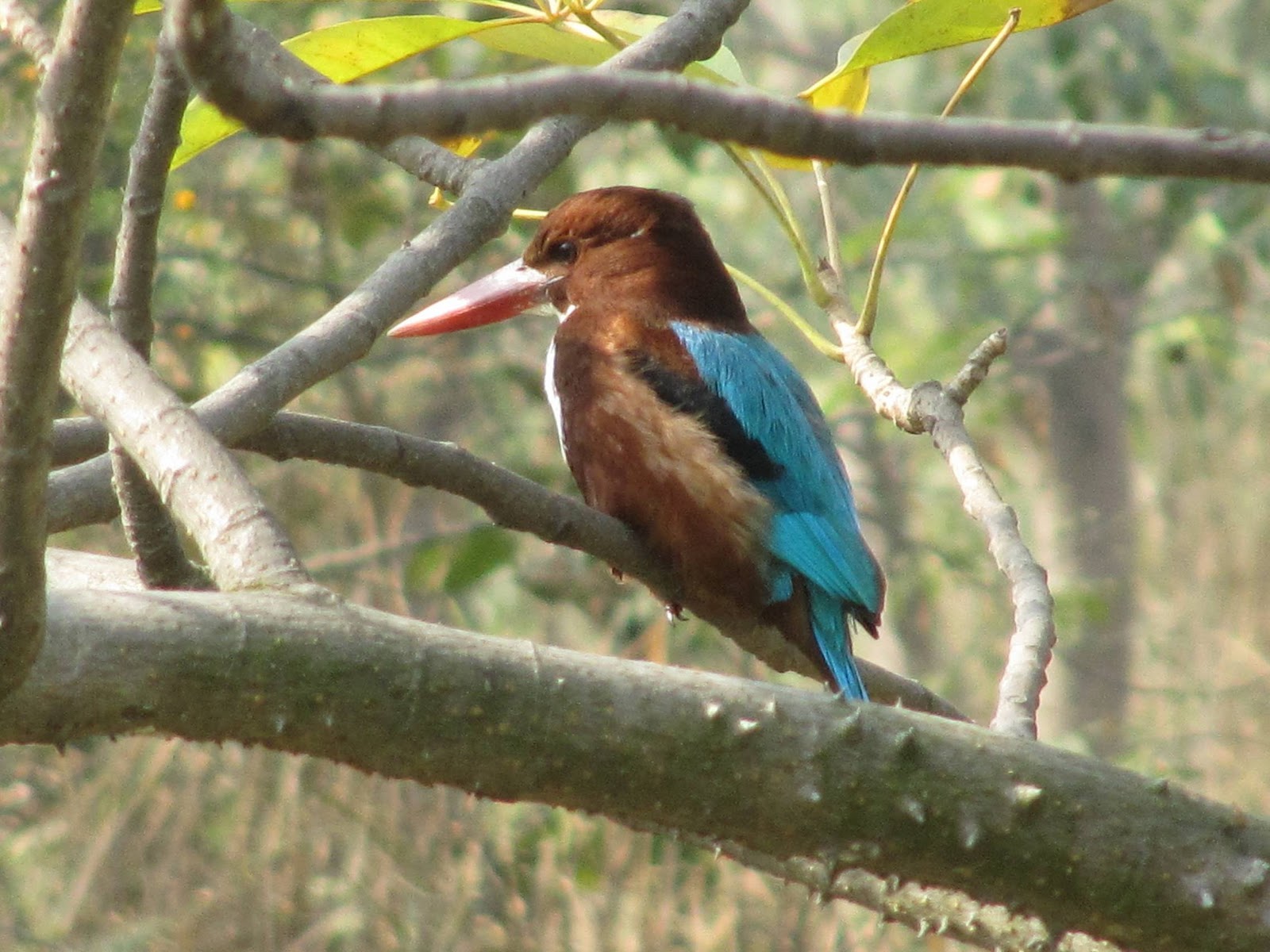 What has drawn you back to India after you’ve spent so much time outside?

I know fully well that I can’t mechanically apply solutions without looking deep into India’s history. There are so many things to consider before finding the right solutions to our problems.

Growing up in India, a country of so much diversity in terms of languages, religions and different degrees of modernity, I decided to come back to where I belong, and where I feel at home. My dream was to come back to India to apply what I’ve learnt outside from the USA. It is definitely not the easiest task, as I know fully well that I can’t mechanically apply solutions without looking deep into India’s history and context. There are so many things to consider, and so many obstacles to overcome before finding the right solutions to our problems.

What were some of your favourite sights growing up in India?

As a child, I used to go to a garden called Naulakha Bag, in Indore, Madhya Pradesh. The literal translation of the garden is ‘900,000 trees’ and it was a large space with mango and tamarind trees. I still have vivid recollections of the place even though I left Indore when I was 5. Today, however, the place is much reduced because of the rapid development of India. While so, I still think that Naulakha Bag has managed to retain the same splendid character. 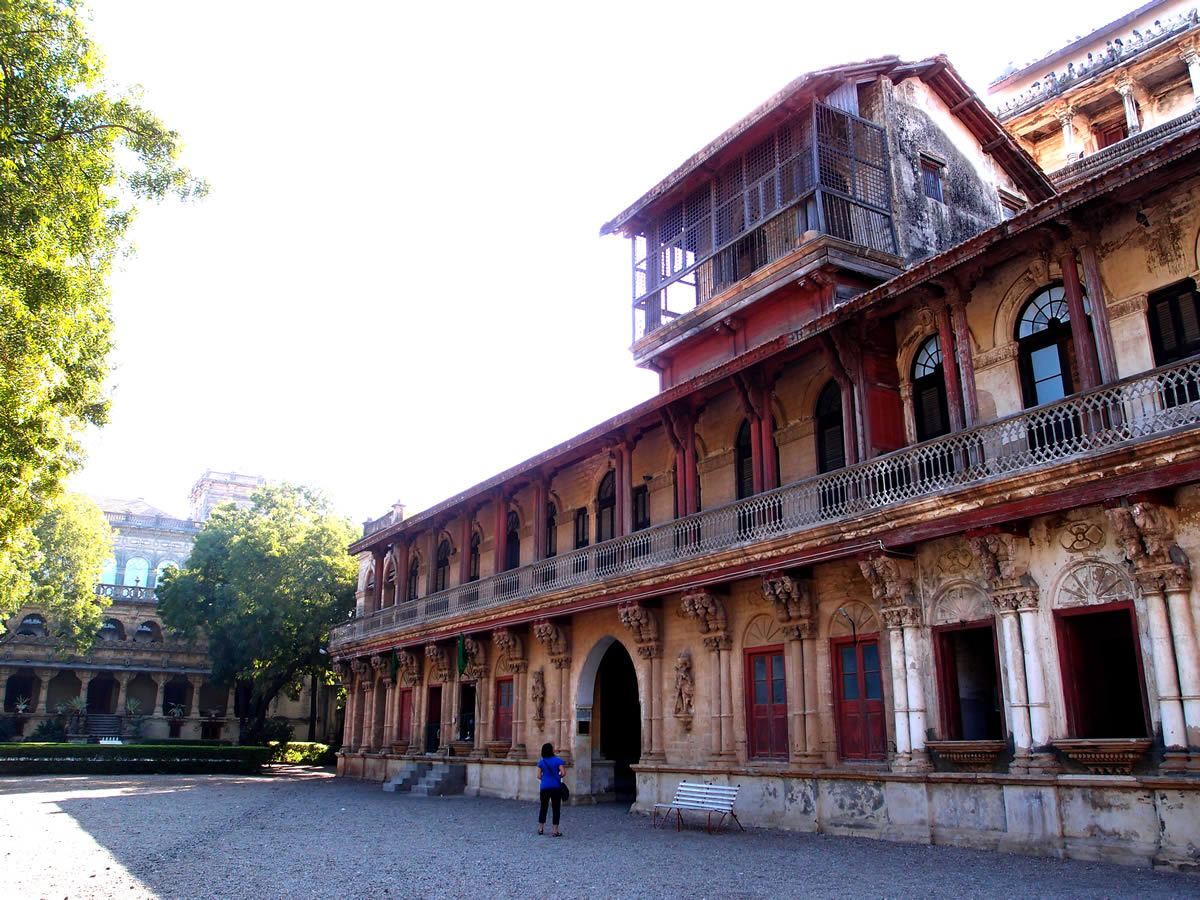 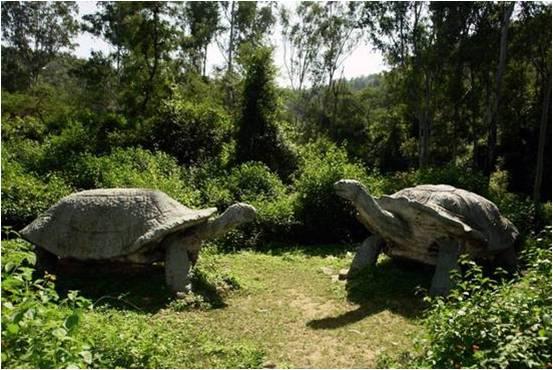 What are some of your favourite foods in India?

Ah! My favourite foods! I can’t eat much of those anymore because of my age. But my favourite foods are Kulche Choli. It’s a dish made with chickpeas and bread. You can get the best Kulche Choli from Amritsar in Punjab. I always get my friends to bring some Kulche Choli back to Dehli when they go to Amritsar. Then, we have a party. Chicken Tikka is another favourite of mine. Doasa and Idlis are very popular in the South, and I love Dosas. 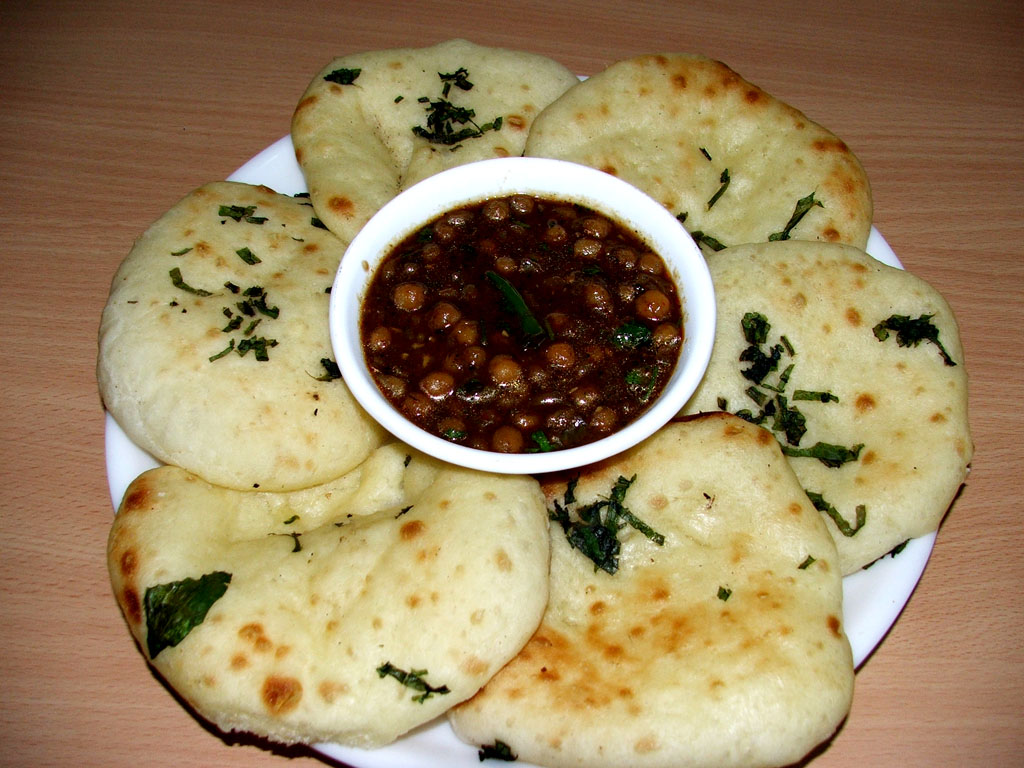 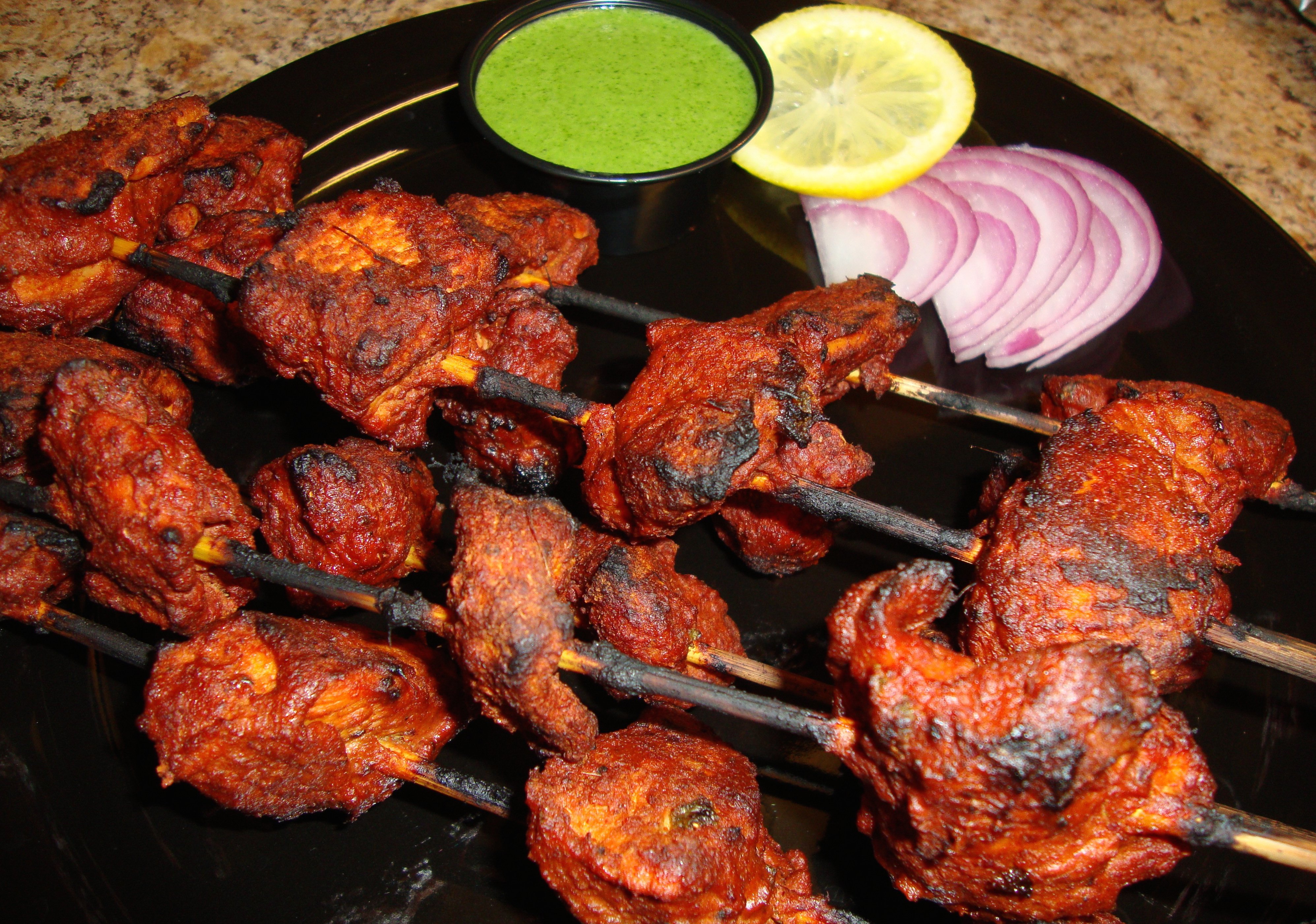 What are some of your impressions of Singapore?

Environment. Technology. Housing. It is such a blessing that Singapore has such a clean and healthy environment. Also, Singapore has done so much in terms of technology to overcome her geographical challenges. Marina Bay area, and other all the other reclaimed lands are truly admirable and inspiring. Lastly, while I have not studied a lot on public housing, this is an aspect where I would want to look closer into. Singapore’s public housing system is something that I’ve never seen anywhere else.

I’m truly impressed with the determination that Singapore has 30 years ago to transform the country. This is why I am inspired to say that India will also do it. In fact, we have begun this process in India, where some cities are trying to bring about transformation in some areas.

What do you think would draw Singaporeans to work and live in India?

Some of the best IT companies and some of the best R&D departments of MNCs are in India. In cities like Bangalore or Hyderabad, you will find many young people working in companies with the best possible working environment. The living conditions, in many ways, are very similar to what you have here in Singapore.

On the point of history and culture, how would you describe the development of Indian cities and how would it impact the Indian youth?

We have not done as much as we should. There are so much more that India can do and work towards, to really showcase what we have to the rest of the world.

We have not done as much as we should. Yes, India has abundance of historical heritage, both built and natural- but somehow, when you have something in abundance, you are more likely to not value it as much as when you have limited resources.

There are however, cities that have worked on their heritage. For instance, Bhubaneswar and Ahmedabad have really tried to improve the old city area, developing the places while preserving their monument and natural heritage at the same time.

There are so much more that India can do and work towards, to really showcase what we have to the rest of the world. More importantly, we have to work hard to build a better India for ourselves, so that our people will enjoy and appreciate the history and culture that we have. 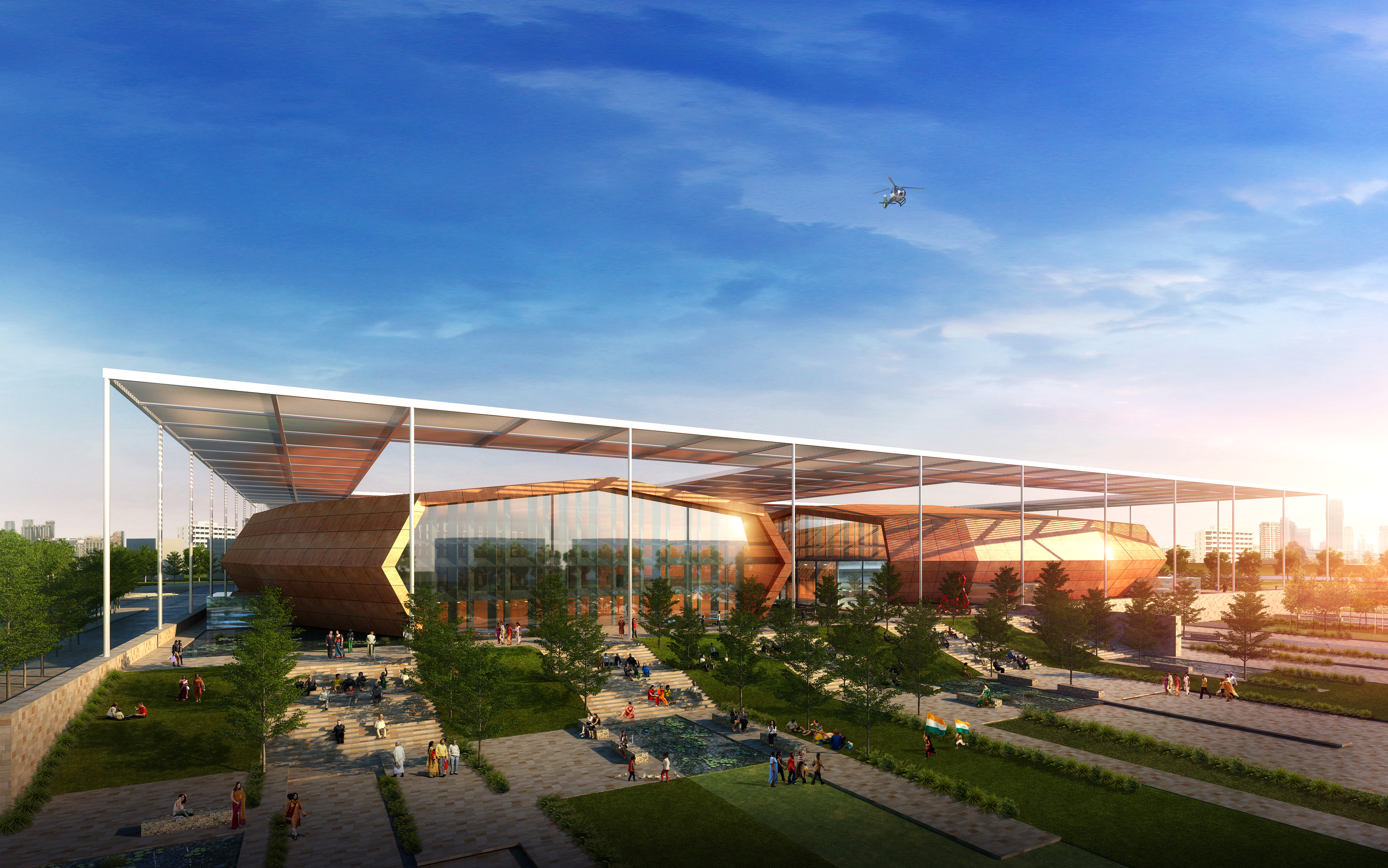 An artist illustration of Bhubaneswar Convention and Trade Centre. The building will become a valuable attraction point for major events, conventions, trade fairs and international conferences.