“We want to make change in Lesotho. We know it will take a long time but it is what we need.”

Few children truly know what they want to do before they become adults and have big plans for their country, but this is not the case for the children who came to Singapore from Lesotho under a programme by the Amitofo Care Centre (ACC).

Lesotho is a country, located in Southern Africa, of just two million citizens, and is only a year younger than Singapore.

Interestingly enough, there is an increasing number of Chinese living and working in different African countries. There will almost always be a Chinese restaurant or a Chinatown in almost every African country, even in places like Lesotho. ACC is one example of this spread of Chinese influence. It is a Taiwanese organisation whose main principles are based on local African culture, Chinese culture and Buddhist philosophy.

ACC had arranged for the children to perform at Frontier Primary School. When the children first walked on stage, there was applause, followed by excited murmurs among the students. We all did not know what to expect from them. Then, the smallest girl in the group started to introduce herself. 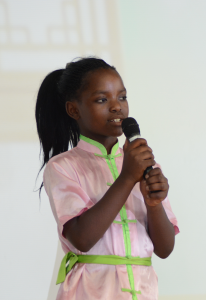 A surprised crowd fell silent for a split second, and then almost as if on cue, started cheering and applauding together. 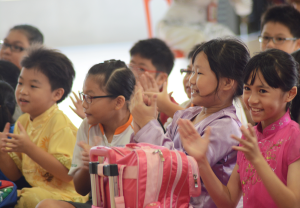 The group then proceeded to recite the Di Zi Gui (第子规) in its entirety (I wouldn’t have known if it was the entire piece as I had never got past the first three lines). They recited it with such grace and passion that the entire audience was captivated.

That was not even the end of our surprise. Two Lesotho teenagers, the oldest of the group, put on a martial arts performance, twisting and kicking in the air, performing jaw-dropping stunts that made me feel extremely unfit and in need of a run that night. 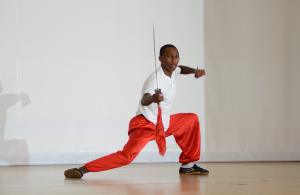 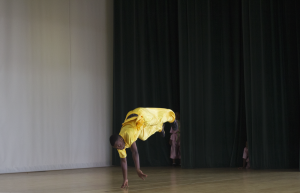 African children performing wu shu and speaking fluent Mandarin was definitely not what we expected, but we were glad we did. We realised then how the spread of Chinese culture had connected us, and how Mandarin has, in the long run, equipped these children with a unique skill to use in the future to benefit themselves and their country.

After the performance, we got the chance to chat with the two Lesotho teenagers who put on the captivating wu shu routine. Speaking impeccable Mandarin, they were shy at first, but opened up very quickly. 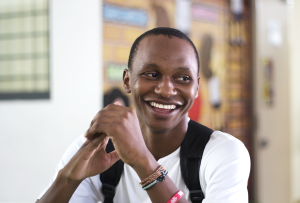 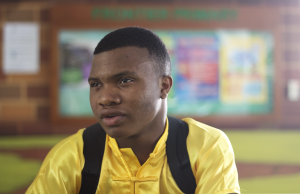 “When we first joined ACC, it was hard to learn Chinese because we grew up speaking Sesotho and a bit of English. But we overcame the difficulty by putting in a lot of effort. We love Chinese now.”

At ACC’s Lesotho centre, the children learn three languages; English, Sesotho (their mother tongue) and Chinese. Their curriculum also includes martial arts and the Di Zi Gui, which was penned by Chinese by Li Yixiu during the Tang Dynasty. The book is based on Confucius’ early teachings, and emphasises the values of being a good person and living in harmony with others.

“We learn martial arts to strengthen the body,” the teenagers explain, “and we learn the Di Zi Gui to teach us moral values like how to respect our parents and each other, which are values every kid should learn to be a good person.”

“There is a rule in the Di Zi Gui that tells the child to be responsible for themselves, and they must always do the right thing, and listen to their elders. It is a good practice to follow.”

The teenagers, after travelling abroad and experiencing life outside of Africa under the guidance of ACC, voice their opinions on Lesotho.

“We want to use the lessons learnt in ACC and overseas to improve our country. We can be able to make change back in Lesotho, but it will take a long time. Our country is quite big, about 162 times bigger than Singapore.

I will tell my country that I have learnt how to respect each other, and not look down on anyone regardless of who he or she is. What is most important is what is in their heart.”

Currently pursuing a Marketing degree in Taipei, the two teenagers faced different challenges along the way while studying, such as adjusting to the different teaching system employed in university, but ultimately make use of the lessons taught to them by ACC to overcome their difficulties.

They were also pleasantly surprised by what they saw in Singapore!

They mentioned, “The people here are friendly and very helpful to foreigners, there is very little racism compared to other countries.” Our cityscape and HDB buildings also amazed them, as they had never seen anything like it before.

The group of girls, none of them older than ten, also put up an exhibition showcasing several trinkets and toys from Lesotho. The students from Frontier Primary School were ecstatic and made instant friends with the Lesotho girls. Smiling and laughing together, we realised how two cultures could come together and interact beautifully on a personal level. The girls even dressed up one of our GoBeyond.SG writers in their native garments! 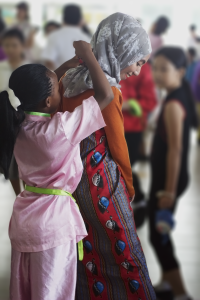 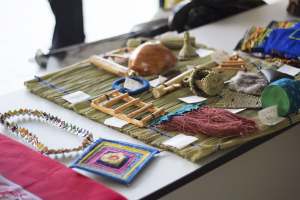 Traditional trinkets and toys from Lesotho

As we left the school, our perspective of the world had changed. The children in Lesotho are not so different from the children in Singapore. The spread of Chinese culture across the African continent is something of a marvel, considering the distance between Asia and Africa. However, the African culture is still alive and well among these children from Lesotho, as they have proudly shown to us Singaporeans. Seeing Lesotho and Singaporean culture come together so easily, I would say we may not be so different after all.

Check out another story about Chinese culture in Africa or a volunteer for ACC in Swaziland!