The world around us is changing rapidly. Countries are increasingly interconnected, and technology is advancing at an extraordinary pace. As technology becomes an integral part of our lives, people are becoming more and more reliant on different devices. But do we know how to create and innovate? Do we understand how these devices work? And as new technology like unmanned vehicles and robotics creep closer into the commercial market, we have to ask ourselves; are we prepared for the future?

Michael Mah, a 22-year old Singaporean, is the co-founder of Kronosphere, a company which develops and runs computer programming courses and holiday camps for youths, enabling them to become technological creators. 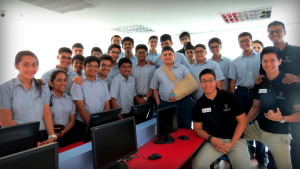 Michael (extreme right) and his team in India

Having lived in Vancouver, Canada when he was a child, and in Penang for nine years, as well as Nanning, China for three years, he returned to Singapore to serve his National Service and decided to stay. He noticed that programming is not considered an important part of the Singapore school curriculum, while on the other hand, programming is already in the U.K. curriculum with students learning coding from as young as 8 years old. The discrepancy between the two nations, in terms of information and communications technology, is noticeably wide. After traveling to India and teaching at some of the schools there, Michael can say with confidence that Singapore is lagging very far behind.

India’s economy is growing rapidly, and its innovation and technology sector has played a significant role in making it one of the world’s fastest growing economies. Students in India learn computer programming from the tender age of nine, and by 14 they are usually adept in coding and programming. Compared to Singapore where coding and programming is only offered in tertiary level education, it draws a stark contrast.

Spotting the gap in the education system and the lack of a focus on programming, Michael and his team were spurred to create Kronosphere, and conduct programming workshops targeted for children. Although young, his venture has caused him to travel overseas twice in a span of three months, to places like India.

“The experience in India was surreal,” the self-confessed travel enthusiast remarks. “While in Pune, India, our team stayed at a business hotel known as St. Lauren, and had our own personal drivers who took us around to various places on request. The hospitality in India is one of the best I have ever seen. It is part of their culture and beliefs to treat each guest with the utmost respect and care. We honestly felt like we were being treated as kings!” They also had the chance to experience both South Indian and North Indian food like Pav Bhaji, which is one of his favourite dishes in India. 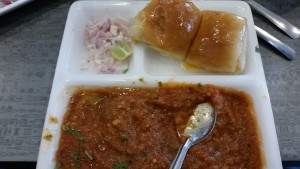 Pav Bhaji, one of Michael’s favourite dishes which is served in nearly every restaurant

Known as the programming hub of the world, India’s students have a lot more exposure and experience in programming in comparison to any other place Michael’s team had taught at. They did not know what to expect before going to India to teach, but they were very enthusiastic and confident to teach their programme and to be challenged by the students. In the end, they found the students to be confident, outspoken, intellectual, and competitive. Most of the students already had a clear image of what they wanted to be when they grow up. 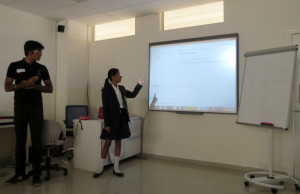 A student presenting her work to the class, a great confidence booster

Michael and his team had the opportunity to teach at Victorious Kids Educare, one of the top IB schools in Southeast Asia, as well as R.N. Podar School, a renowned school in Mumbai dedicated to develop and equip the children of India for the challenges of the 21st century. To his surprise, at the age of 14 – 15 years old, the students have already learned Java and delved into C++. On the other hand, only some schools in Singapore have begun to adopt Python into their curriculum. 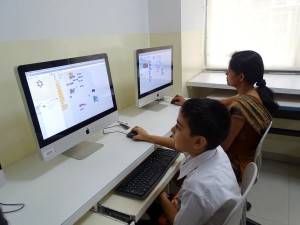 Both student and teacher learning from Kronosphere’s program 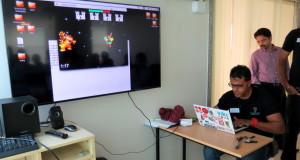 Incorporating games to spark students’ interests. Some students skipped physics class for this!

Although it would be understandable to expect a language barrier, the students were eloquent in both spoken and written English. However, it was a totally different story outside of the school and Michael had to heavily rely on his Tamil and Hindi-speaking teammates to find their way around different places.

Other than its distinctive culture, Michael is also amazed at the potential India has in their innovation and technology. With the exception of China, no other county has yet to go through so much unprecedented growth and change. “I believe India will be one of the top countries at the forefront of innovation and technology in South East Asia. The market is tremendously huge. In Mumbai, the population consists of approximately 20 million people, which is nearly 4 times the size of Singapore in just one of its cities!” Michael believes that with further development, there will be an influx of companies from India bringing about global change. 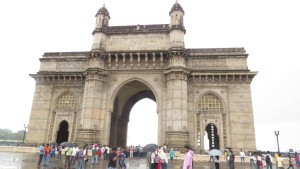 The Gateway to India

It was an adventurous journey, and the most important thing that made Michael’s trip memorable was the happiness, appreciation, and smiles that they received from the children in the schools they had taught in. No place he had been to comes close to India in terms of their hospitality, or their food. While India is still fighting poverty in some states, Michael has confidence that it will soon be one of the wealthiest countries in the world.

Michael is currently taking psychology as a major with a minor in business and in entrepreneurship at Nanyang Technological University. Check out his company Kronosphere to learn more about the work he does!