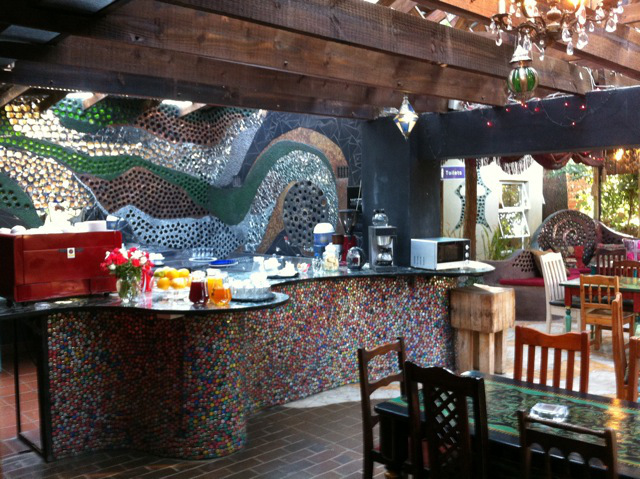 with us one of your best memories there.

The company had a structured and well-planned programme for me, so that I could have a good understanding of the entire company.

The sales department was very interesting. I tagged along with one of the sales representative and we drove around South Africa to the different wholesale stores at far away locations or deep in the heartlands.

I saw how the company’s products were sold. It is quite different from Singapore, where we have supermarkets such as NTUC FairPrice. They have supermarkets too, but they are located in the malls or at the wealthier locations.

But in faraway places such as the farmhouses and tin sheds, there are huge warehouses, much like Walmart, where most people go to buy groceries, or small shop owners get their stuff. I saw how the locals shopped, the living conditions they were in and my colleague showed me how the locals lived. It was fascinating. 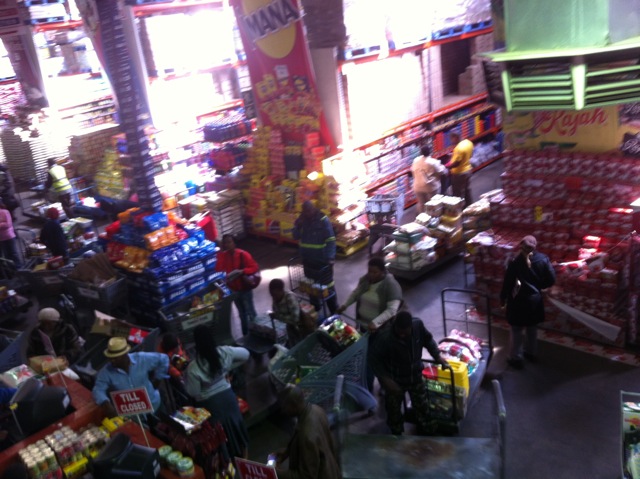 Exactly the same (as the ones in Singapore), just that it was a single level building. There are a lot of small shops, and something like NTUC FairPrice, clothing and shoes stores.

One of the places he (the sales representative) brought me to was the heart of Johannesburg. I did not have high expectations, but one thing I thought about Johannesburg was that as the financial capital of the country, there would be tall buildings around, much like those in the CBD areas (in Singapore), but it was not like that.

The stock exchange there shifted its headquarters, so now the poorer people lived there and the place was quite filthy.

It was also pretty dangerous because it was crowded and some of the locals would stare at you. I was uncertain what they were going to do next. The sales representative who brought me along told me to stick close to him.

Next to that place was a taxi terminal where all the mini buses were parked and all the locals got on and off for work. It was quite dangerous, because I think the taxis were controlled by illegal factions. The area was really quite dodgy.

Some say there are shootings in Johannesburg, is that true?

I have heard stories from my colleagues before. For example, some of the taxis or mini buses that ferry the locals (which are owned by illegal factions) carry guns. I think there are a lot systemic problems in the country, otherwise it would have gone way further and become more developed.

They have very strong unions and can go on strikes anytime they want in the country. Until they can get rid of all this, it will be quite difficult for them to go ahead.

The people there are very, very friendly. They are very welcoming of newcomers and they would be willing to bring you around and share with you.

My HR manager (photo below) helped me a lot. She was the point of contact with the Singapore office. When I was there, she helped me, picked me up and brought me back from work. On the weekends, she would bring me out too. 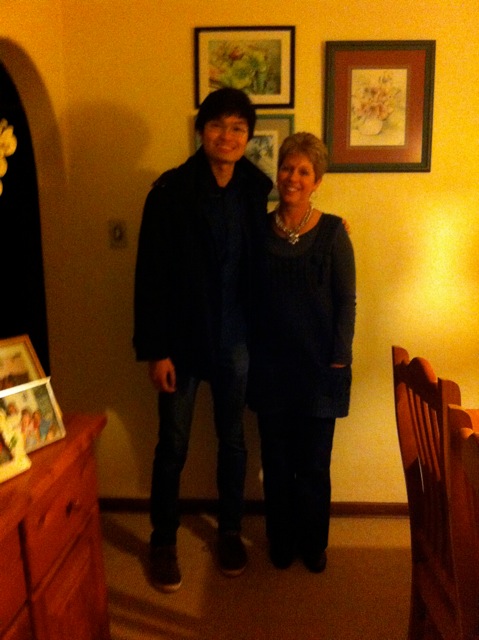 She did not have to. For example, on the weekends, she will bring me along when she visits her daughter. I went to her place for dinner and interacted with her family.

How did you cope over there?

Safety wise, basically, I was always with someone until I got off work. I did not know what to expect during the first few times when I walked back to the guesthouse in the darkness. After a while, it was okay.

Safety was not much of an issue, unless I travelled to somewhere far by myself, which I did not.

Was there anything you liked or disliked about South Africa?

I do not think I disliked anything. Probably it was just difficult to find Chinese food, as they were located at the bigger shopping centres far away from the guesthouse.

I also would have wanted to travel south to see places such as Cape Town, because my colleagues were always showing me pictures and telling me how beautiful it is. The place I was at was not a tourist area, but I did not have the time and was alone.

The people were really friendly, which helped me to set into the environment very quickly. The scenery there was really nice too. Most of the infrastructure there was single-storey, so when the sun rises and sets, you can see the horizons very clearly. 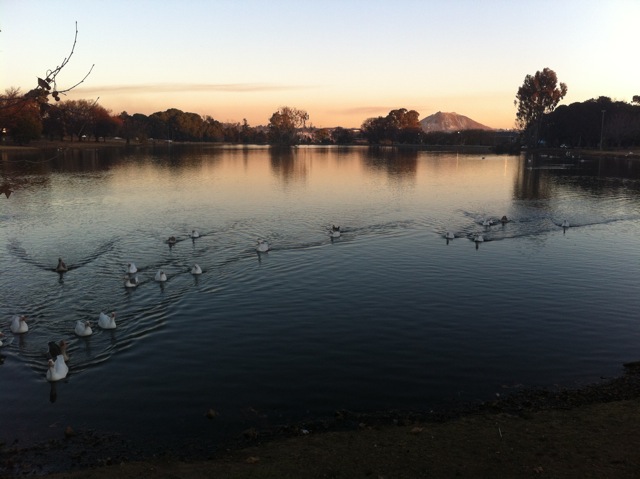 There are also vast areas of empty lands. And because they do a lot of mining, they dig and pile up whatever they dig up. These piles have bits of gold in them and when the sun sets, it reflects the light. And the skies will also be very, very red. It was beautiful.

Definitely sounds magical. Do you think an average Singaporean will adapt to the life in South Africa?

When you have stayed there for a long time, it gets a bit boring. Of course it is not as fast-paced as here (in Singapore). If you want something like a retirement life, South Africa is perfect for you.

Did you have to adapt to the South African way of doing things?

(Wilmar International) is a commodities trading firm, kind of different from a financial institution and because I am studying accounting and business, it was different. So when I was there, it broadened my perspectives. I learnt theories in school but there I saw how they worked to resolve issues.

Previously, they had a number of Chinese nationals that came over, so their impression of the Chinese is that they do not speak English. They were very surprised that I was able to converse with them in English.

Well, I think the majority of them do not know of Singapore, even those within the company, but there were also a couple of them who came over [to Singapore] before, but otherwise, I think the people there, I think their perspectives there tend to be domesticated.

Do you have any advice for our readers?

Keep an open mind. Do not judge when you are there but understand why they behave in a certain way. You have to first understand their culture, because if you judge before you understand them, you can get into quite a lot of misunderstandings.

In any case they are quite warm and welcoming towards you, isn’t it?

Will you go back there again to work and to travel?

And to visit Cape Town?

(laughs) Yeah! I want to tour the southern areas of Cape Town and visit my friends over there. I made quite a number of good friends, especially with the colleague who shared the same office room as me.

If you do not step out of your comfort zone, you will never know what you are going to find or get, especially so for the emerging countries. You get to know not only how business are expanding, but also know about their culture and the way they live.

Yeah, and I think you will be greatly rewarded if you’re willing to take that step forward. (smiles)

This is the end of our conversation with Victor. We hope you have learnt something about South Africa like we did! Interested to find out more about work or study opportunities in South Africa?