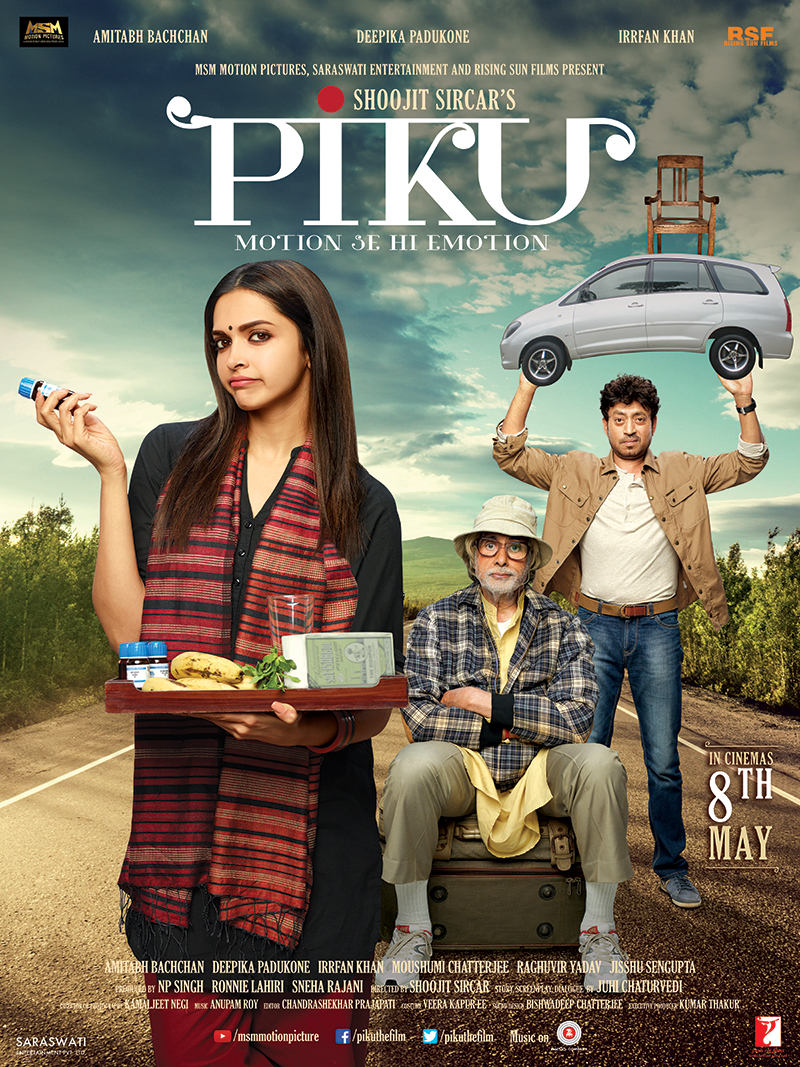 Piku is all about the emotions – and the motion. A geniously feel-good film among the abundance action movies, director Shoojit Sircar is unapologetic in this charming comedy of intestines and toilet taboos.

The film centers around Piku Banerjee (Deepika Padukone), a successful architect in New Delhi, playing parent to her 70 year old father, Bhashkor Banerjee (Amitabh Bachchan), constipated and critical of anything and anyone.

Amitabh Bachchan does a fine job as the “brutally honest” Bhashkor, who spend most of his time as a hypochondriac. It is a huge contrast as compared to Amitabh’s serious and emotion invoking roles in his recent movies, Black and Paa.

Although a little unloving at times, Amitabh somehow manages to bring out the endearing side of Bhashkor without discounting his humour.

Bhashkor is convincingly an unconventional father who treasures liberated women, albeit selfish and straightforward, which leads to disastrous situations for Piku be it at work or in love.

The titular protaganist is portrayed by Deepika Padukone whose notable works include Cocktail and Goliyon Ki Raasleela Ram-Leela. Deepika has played strong female characters before and Piku is no different.

Piku’s personality is short-tempered, independent and shrewd – the clear representative of today’s modern Indian women. Although she sometimes falls short of being almost aloof, Deepika is lovely as Piku and deserves her second Filmfare Award for Best Actress.

However, due to similar personalities, the duo often quarrel and constantly make snarky remarks towards one another. Bhashkor’s mortal enemy and Piku’s aunt, Chhobi Mashi (Moushumi Chatterjee     ) contributes to the humour while Budhan (Balendra Singh) plays a servant and supporter of Bhashkor.

The film suggests potential love interests of Piku with Syed Afroz (Jisshu Sengupta) as one, an old friend and business partner of Piku’s. He introduces Rana Choudhary’s (Irrfan Khan) taxi booking business to Piku. Numerous incidents begin to occur between Rana and Piku, causing them to hold grudges against each other.

The film reaches a turning point when Bhashkor declares that he must go to Kolkata, his hometown, not by plane or train but by car. While Piku is not pleased and grumbles, she grudgingly decides to follow him anyway.

Piku books a taxi with Rana’s hire taxi service for the trip but when none of the drivers turn up due to her foul temper, Rana ends up as the driver instead.

Irrfan Khan steals the show and is a favourite of mine, with his role as Rana Choudhary, a prideful man yet wise and full of sense. He adds to the comic relief with his full fledged expressions and home remedies to constipation. His firm and stubborn stand on things also helps to ease tension on certain family issues and helps tackle the father-daughter duo’s moodiness and pickiness.

Together with Bhudan, the Banarjees’ resident servant, the foursome travel to Kolkata, with Piku and Rana developing a connection and understanding towards each other. 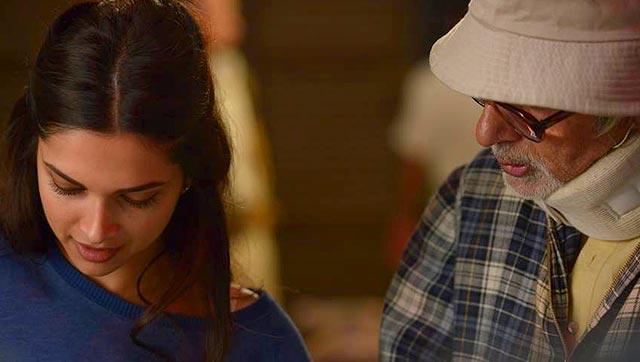 With the vast amount of blockbusters these days, Piku is a breath of fresh air with its no-nonsense quirkiness. It is comprehensible as to why this comedy-drama film has won 32 awards – and my heart.

While the characters come on strong, they lack in character development. The film does not disappoint as they make up for this with terrific cinemtography and truly allowed me to immerse myself in India.

Be it in New Delhi, Banaras or Kolkata, Piku showcased India’s rich and vibrant culture through well-taken cutaway shots of India’s bustling streets and brilliant scenery. It is a clear representative of remembering your roots and protecting them at all costs, a lesson that Piku later learns in the film.

Family meals in Piku are quite the affair with Indian staples and delicacies such as yogurt and curry, while conversations of marriage and constipation are throughly discussed among the characters.

From basil plants to a portable potty chair, Piku is a film that bridges the relationship between an ageing parent and his child.

This light-hearted family comedy is a rounding success at grappling with growing old and filial piety without coming off too much as a melodrama. It is the perfect movie for any occasion of the year – although best watched before or after meals.