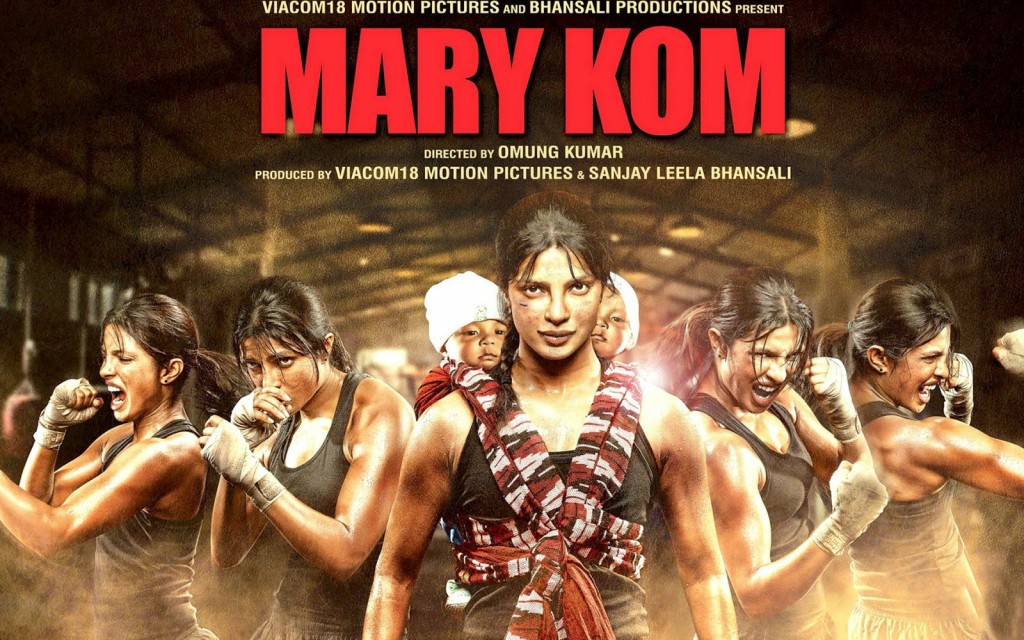 Who run the world? Girls!

The Beyonce song is the very essence of this movie, featuring the strength and perseverance of a girl in a community where females are expected to be docile and subservient.

Mary Kom is based on the real-life biography of Mangte Chungneijang, a world champion boxer from Manipur, India. Played by Priyanka Chopra, she manages to portray the rustic chic of a fighter while still retaining her feminine charm.

Although no one can deny that Priyanka is an amazing actress, it still stands that there was a lot of flak surrounding the choice of actress and accusations of ‘brown-washing’ Chungneijang. The boxer is afterall a Northeast Indian and has Asian facial features.

Priyanka Chopra, a highly acclaimed actress plays the role of a Northeast Indian. This brings about accusations of ‘brown-washing’.

Ironically, discrimination against Northeast Indians was an issue that Mary Kom brought up. Boxing officials, judges and referees were often against her favour just because she did not fit the image of a mainstream Indian. That did not dampen her patriotism though, as she strived to make her country proud. Better yet, she also made a name for Manipur and proved that Northeast Indians are not inferior and that not all Indians are the same.

Young Chungneijang always had an affinity for fighting. In the movie’s first few scenes, we see her putting on a brave front and using violence as a way to confront bullies. This causes friction with her conservative father, who disapproves of her boyish ways and even gave her an ultimatum- “boxing or your father?”

Chungneijang might have a flair for boxing, but starting out was not easy. She had to persevere through rigorous exercises and endure flurries of punches. The upbeat training sequences were reminiscent of Sylvester Stallone’s Rocky, an awe-inspiring scene that makes you want to take up boxing yourself. As her coach aptly puts it, the world might be round, but her world is a square limited to the four corners of the ring.

From then on, Chungneijang took on the name of Mary Kom in the world of the squared ring.

Mary Kom undergoing rigorous training under the guidance of her coach.

Fast forward and we see Mary quickly climbing the ranks, winning match after match. It was evident that Priyanka had plenty of training because her boxing form and techniques were impressive. I found myself at the edge of my seat and cringed at the fight scenes. Some of which felt all too real and it made me forget that I am watching a movie and that it is all just an act.

Just when Mary reached the prime of her career, she makes a life changing decision to get married.

Like most women, starting a family would mean putting an end to their career. Her coach was well aware of this and was furious of her decision, insisting that she became complacent after winning three medals.

But Mary was determined and remained an optimist. After all, her beau, Onler Kom has always been supportive of her career and she knew he would not ask her to give up boxing.

Her life takes a huge turn after becoming pregnant, bidding adieu to her promising boxing career. A life filled with the adrenaline rush of the ring was replaced with the humdrum of domestic life.

This came along with the frustration that because she was a woman, she had to be the one sacrificing her career, not her husband. This issue would resonate well with wWomen viewers around the world could sympathise, particularly in areas where women are expected to be housewives and stay-at-home mothers.

Despite the love she had for her children, life was too torturously mundane for the feisty boxer. With encouragement from her husband, she gets back up on her feet and tries to pick up where she left off. This was no easy feat because her pregnancy had changed her physique.

The more she tries, the more it became apparent that she was not the Mary Kom she used to be. She faces several roadblocks in her path to the top, with her coach still upset with her, leaving her without much guidance and support.

The corrupt politics of the boxing federation made the uphill journey even worse. Even after proving her worth, she is still looked down upon due to being Northeastern and threats of getting banned limited her options to retaliate and fight for her rights.

Will Mary rise up once more? Or will she crumble beneath the pressure of being a boxer, a dutiful wife and a responsible mother all at the same time?

That is for you to check out because Mary Kom is definitely worth a watch. It is more than just a movie about a hot chick in boxing gloves, it is also an empowering story of a woman’s journey in a male dominated sport, her burning passion for boxing and of love and sacrifice. 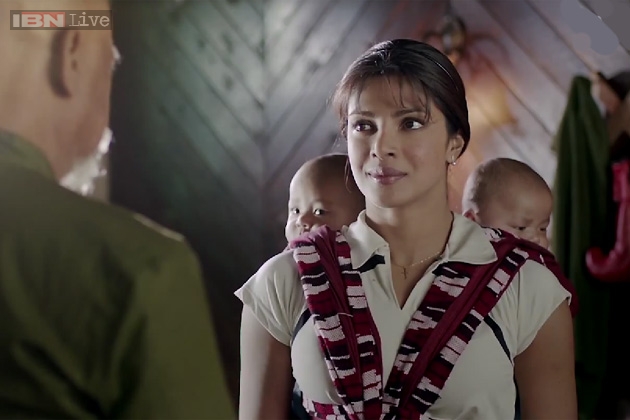 “A woman becomes stronger when she becomes a mother” PHOTO: IBNLive