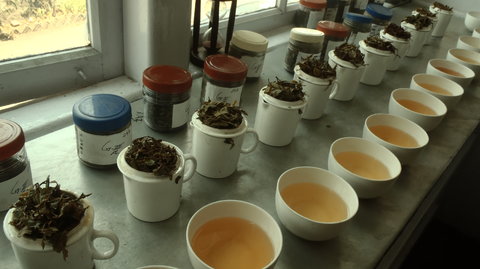 Teas lined up for tasting at the Goomtee tea estate, a supplier to Teabox. Source: NY Times

Indeed, Kaushal has never stopped looking for opportunities. At age 6, he started a book-lending library and signed his friends up as paying clients. He founded and presided over SMU Ventures, an entrepreneurship society for students during his University days. He also started a limo hire service with a BMW and a Maserati he borrowed from friends. Today, Kaushal is the founder of Teabox (www.teabox.com), a vertically integrated multi-channel tea company he started in India that is changing a 200-year-old tea industry through technology.

“It is very nice to finally meet you,” Kaushal says, giving me a firm handshake. It is only 9.30am in the morning, but this is already his second meeting of the day. In fact, there are at least three other business meetings lined up for him that Wednesday after his chat with GoBeyond.SG. Kaushal is definitely one who works hard towards success. We ask Kaushal to share with us his journey in building up his start-up company, Teabox. In a short span of just 2 years, the company has built quite a name for itself. Teabox, which delivers premium Indian teas directly from source to the individual customer, was not only crowned the winner of eSparks 2013 (a nationwide Indian entrepreneurial competition that attracted 1,200 entries), it was also named one of the “coolest startups in India” by Business Today, one of India’s leading business magazines.

While India’s logistics system supporting the tea industry has been derided for being patchy and ill-maintained, Teabox prides itself for a fast turnaround time and delivery. The company promises to deliver stocks fresh from source to the customer within 5 to 7 working days, as opposed to the usual 3 to 6 months. This guarantee has served Teabox well, even in traditional tea-drinking markets in East Asia.  Together, East Asia and North America account for more than 70% of the company’s current market. 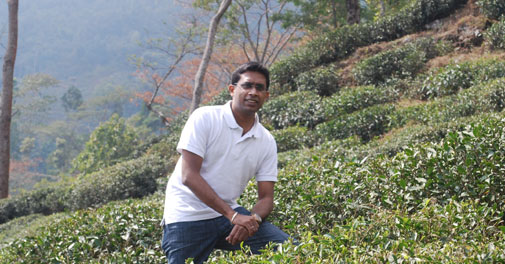 Kaushal places a huge emphasis on efficiency and process optimization as part of his value proposition. Other than skipping the usual tea auction process, Teabox continues to streamline and optimize traversal routes in its major markets. “We are at a point where we can predict how long a delivery can take. We have dedicated logistics partners such as EMS Speed Post for India, FedEx and DHL for abroad, and various payment gateways such as PayPal and Braintree to make everything as easy as possible for the customer.”

Kaushal’s entrepreneurship journey has not been an easy one, be it looking for partners or employees. “When you have a vision, the hardest part is in finding and convincing people to believe in it,” he tells us. As a startup, Kaushal began by outsourcing parts of his business process to people or agencies all over the world, and literally hired the first guy who walked through his door in Bangalore. Now that Teabox has earned a name for itself, the company has built a small but strong team that operates out of two cities in India, New Delhi and Bangalore.

While the tea plantation and factories are in India, Kaushal cleverly drew from his experience and network of friends and set up an office in Singapore as well. Teabox plans to base its headquarters in Singapore eventually. “Singapore’s location and reputation has made it as an excellent hub from which to reach out to the rest of the world. The best aspect is the country’s excellent banking system, which makes monetary transactions such a breeze,” says Kaushal.

The road to innovation and improvement will never end. While India provides excellent offline opportunities and space to develop, Kaushal places huge emphasis on Teabox’s online marketing efforts to complement and maintain the brand’s advantage. The website’s live-chat option allows Teabox to reach out directly to its customers even as they are browsing through the company’s site. 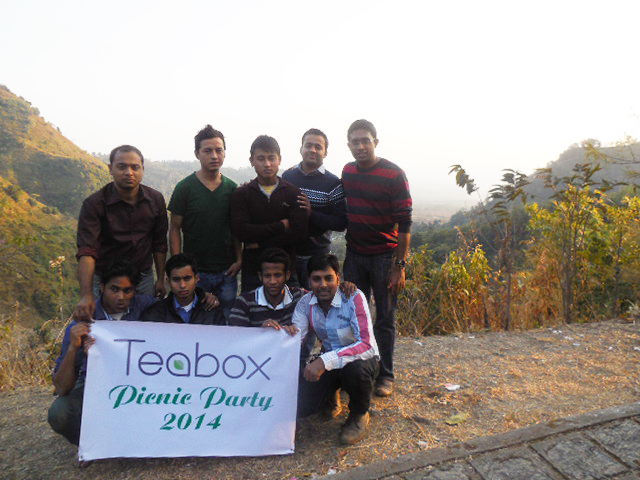 Kaushal’s strong team of Indians is also looking into in-depth marketing research to find out where tea fits into people’s lives and how popular it is in different markets in order to come up with suitable marketing and acquisition strategies.

“We have found that in Russia, where tea drinking is a group exercise, the tea serves as a focal point for people to come together and connect. In Japan, tea drinking is very much a ritual and sometimes a solitary experience. Our aim is to try and give our customers a new experience with tea, something that cannot be found in the regular physical retail store.”

When asked to give some peer advice to young Singapore entrepreneurs thinking of set up a business in India or other rapidly growing markets, Dugar admits that it will not be a smooth sailing process. “Singaporeans have been blessed with a system that works seamlessly. This doesn’t apply everywhere else in the world, unfortunately. So be open to opportunities and don’t get stuck if something doesn’t work the way it is supposed to do. There are always ways to get around problems. Learn to adapt, that alone will get you far. “ 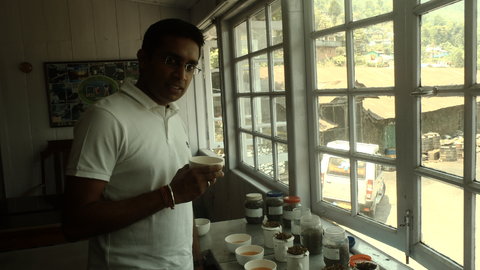 Interested to work or have an internship opportunity with Teabox in India? Kaushal doesn’t believe in fancy degrees and pedigrees. If you are enthusiastic, street-wise and willing to learn, shoot an email to Kaushal at kdugar@teabox.com. Good luck!