What is your current job scope?

I’m working as an associate at the Parthenon Group which is headquartered in Boston, with offices in San Francisco, London, Shanghai and Mumbai. We work across multiple sectors with a client base across the globe. My role as an associate requires me to do both primary and secondary researches, which involves conducting site visits, interview market participants and run surveys, as well as sourcing through government data bases, industry report and academic papers.

How do you travel to work? 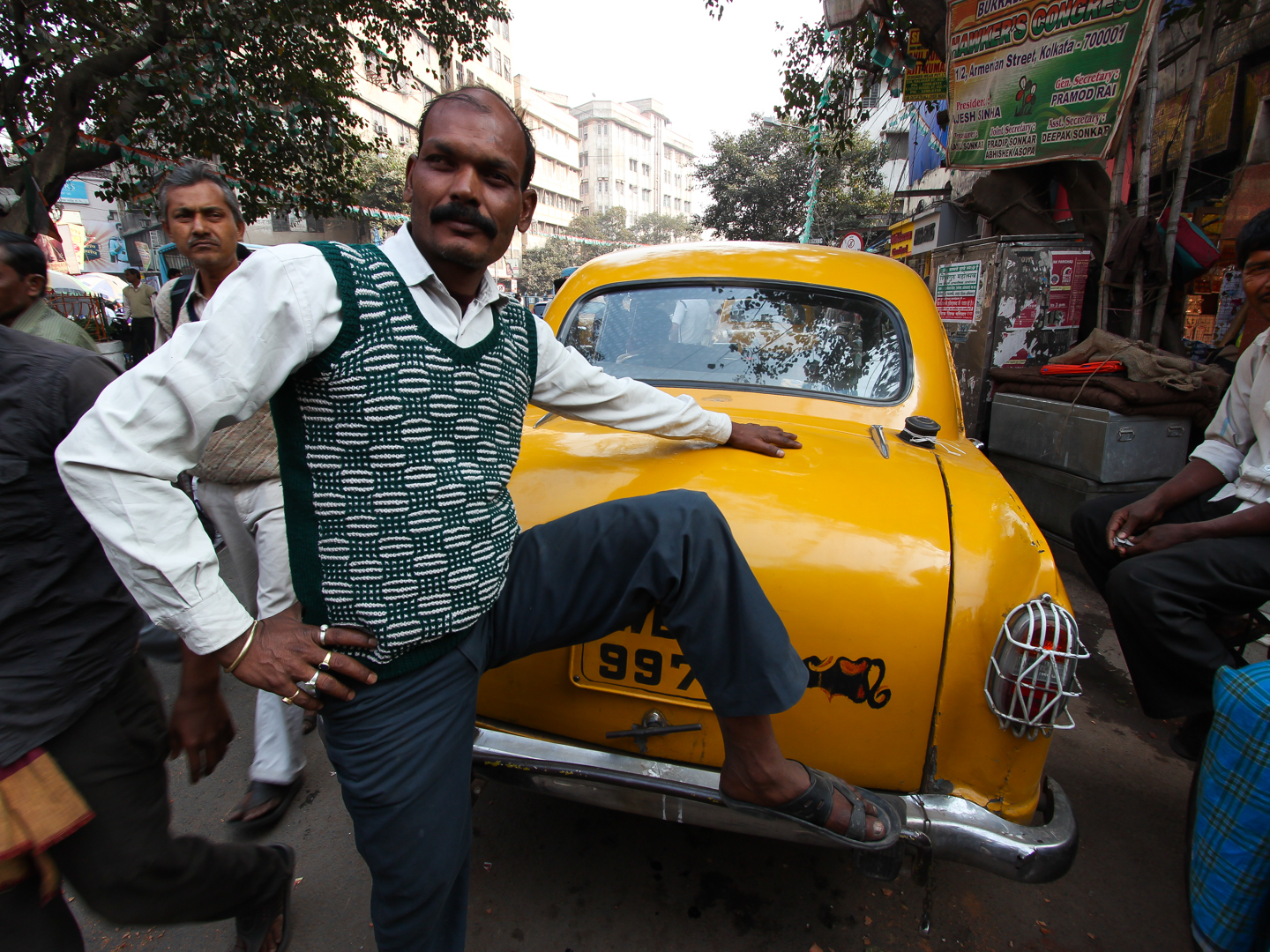 While there’s no real public transport and walking is a death-defying game of avoiding IndyCar wannabe drivers and cow dung, the cabs are really cheap. It’s about 10 minutes to work and I pay no more than S$1 every time.

Unless of course when I get a cab with a rigged meter, in which case I get into a shouting match and still pay S$1, eventually. One time I had a guy who had overrigged his meter to the point that the final distance on a 15 minute ride was  about 225km. This implied that we had been travelling at 900km/h, or the cruising speed of a Boeing 747.

What is the working culture in India? Were there any challenges that you faced?

Days start much later (about 11am) but generally end much later too (the office is usually ¾ full at 9pm).  The office environment is very relaxed, with very little hierarchy. Associates here work alongside senior principals and partners.

Sometimes I turn to my right and have a long and passionate discussion with one of the partners about the supposed weight loss inducing effects of raspberry ketones. How many employees from other companies can say that? 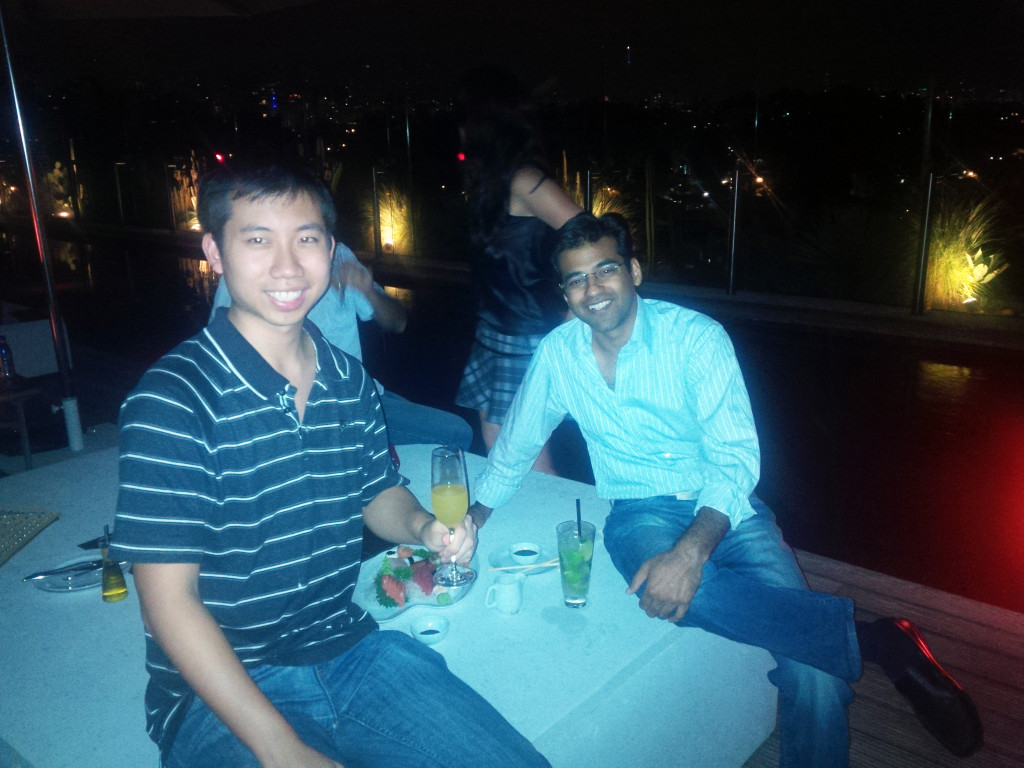 Aaron and his colleague chilling out after work!

One challenge I had initially (which has since passed) was understanding the Indian accent. Locals tend to speak very fast and the head movement almost always gives a different message than what is spoken.

It’s very common for Indians to shake their head when listening to you instead of nodding, which makes you think they’re disagreeing. I think I’ve gotten the knack of it now though.

What were some of your perceptions of India before you took up the job?

I think these are common perceptions many Singaporeans have. To be fair, Mumbai is a lot safer than I imagined. Mumbai is actually statistically speaking one of the safest Indian cities. I’ve never felt threatened before and I’m perfectly fine walking the streets at night.

As for it being dirty and/or smelly, let’s call a spade a spade – sanitation and hygiene is not high on the Mumbai authorities priority. My Indian colleagues freely admit that this is something they wish would change, but the strain on public infrastructure due to the sheer population mass, has made such a situation inevitable. A lot of them are hopeful that Narendra Modi (the newly elected Prime Minister) will turn things around.

While it may not be the most sanitary of places, I’ve yet to fall sick here, and the one time I visited the doctor for a routine vaccination I found the place to be very clean and modern.

I also used to think that India was a backward place, but I’m seeing a lot to the contrary. Cellphone service is fast and reliable. Many of my colleagues have a much more advanced smartphone than I do; the IT setup in my office is top notch and there is a huge variety of e-retailers here.

‘It’s something of a minor miracle that I ended up in Mumbai. I’ve lived my entire life in Singapore… I absolutely hate Indian food. Yet I’m still here.’

Share with us anecdotes of interesting people you have met or events you encountered. 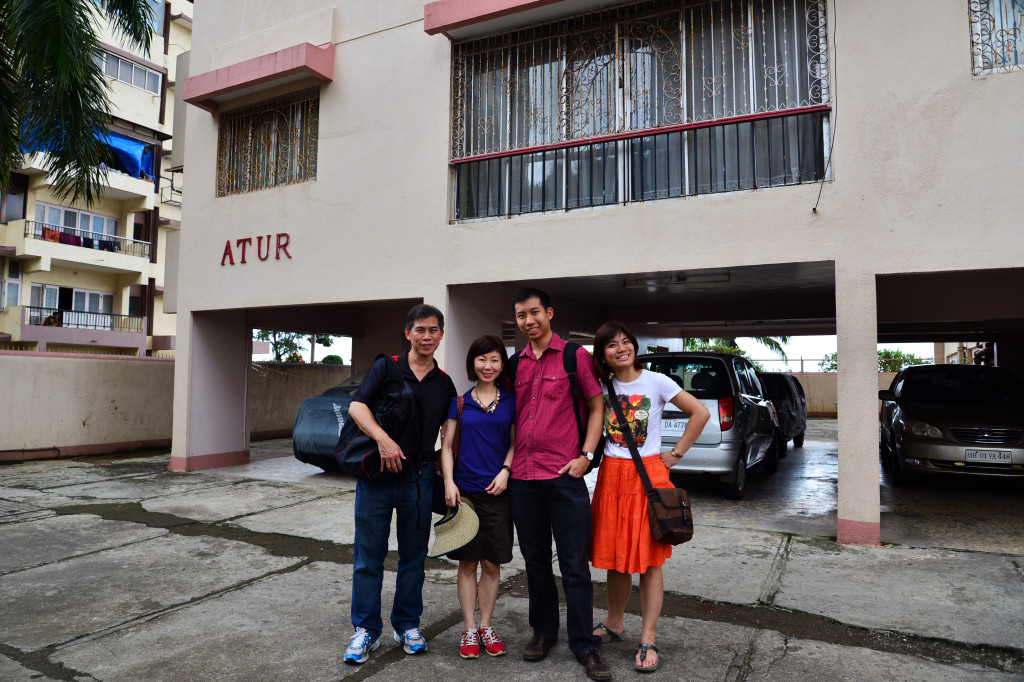 Aaron and his family

When my parents came to visit me, my sister and mum kept on having their photo taken in the streets. Random Indian men would just whip out their cellphones to snap photos of them. Even in the Taj Palace Hotel where they were staying, some of the more polite men would approach them and ask to take a photo.

Now, I’m sure my family has great genes, but we were genuinely befuddled as to what was going on. One particularly amorous gentleman told my sister she looked like a film star. 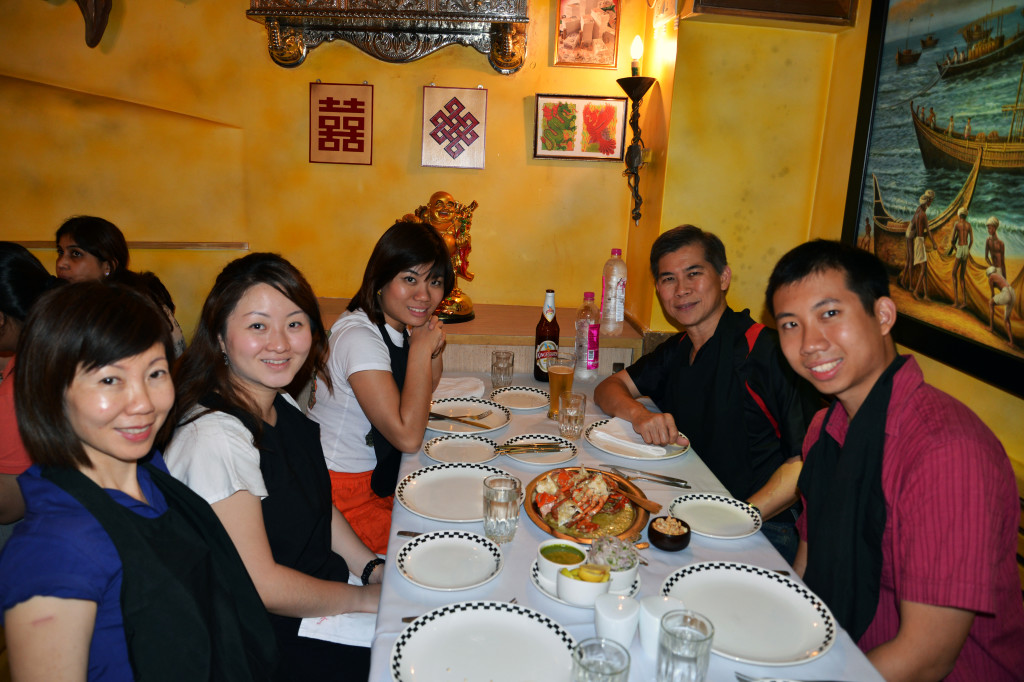 I later found out that a lot of people from villages come to Mumbai during the weekend. They have never seen Asians, Westerners, or anyone non-Indian for that matter and they’re so fascinated that they want to show everyone back home!

I have yet to mention this to my family. I think I will keep it to myself for now. Heh.

What do you like most about life in India?

In many ways it’s something of a minor miracle that I ended up in Mumbai in the first place. I’ve lived my entire life in Singapore, I vacationed only in the northern hemisphere and I absolutely hate Indian food.

I love the fact that the books here are so cheap. You can get the latest novels along the street for no more than S$5 each. I’ve lost count of the number of novels I’ve finished over the weekend, or the sack loads of books I’ve been asked to buy back by my friends. 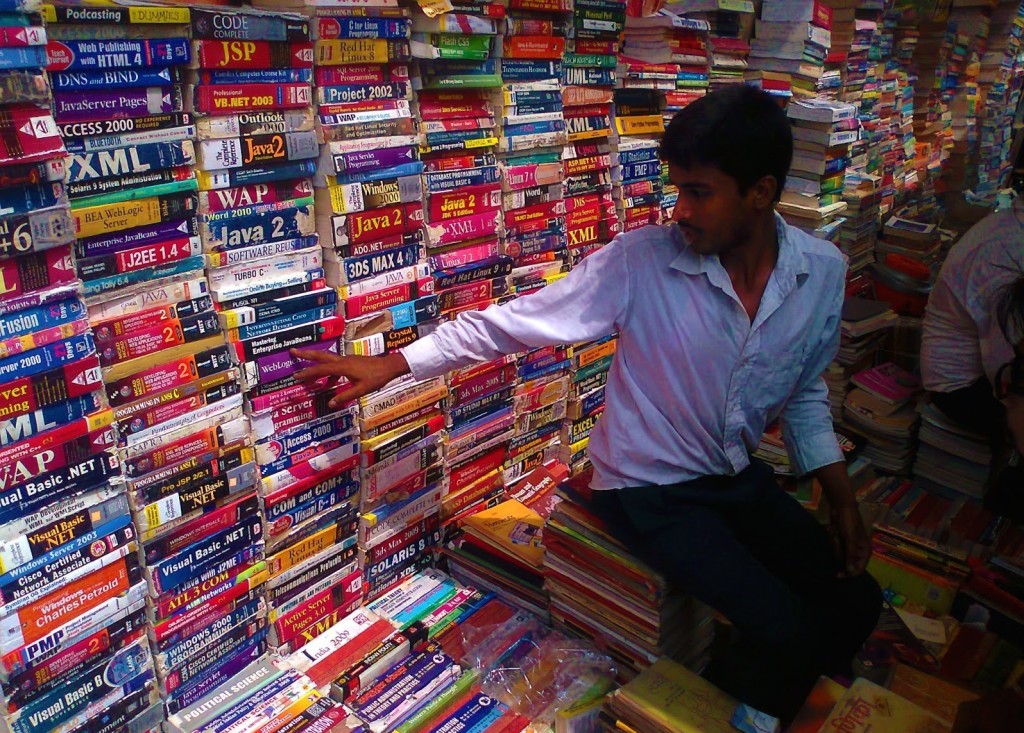 I also love the communal spirit they have here- it’s so common for taxi drivers to pull alongside your car and ask another driver for directions, or to see a group of kids get a free snack from a sandwich seller.

I think India is best summed up as an acquired taste- it’s a bit unpleasant the first time you come here, then after a while you’d think ‘hey it’s not that bad!’

India may not be for everyone and I don’t see myself here for the long term, but I think I am ultimately the better man for having come here.

What have you learnt from working in Mumbai/ away from Singapore?

Working in Mumbai has taught me a lot of valuable skills, both in the personal and professional sphere. On the personal side, I’ve learned the usual “how to take care of yourself” routine, e.g. cooking, cleaning, not dying from typhoid…

Professionally, this job has been an interesting combination as it’s not only my first time working outside of Singapore, it’s my first time taking a full time job. In addition to the usual learning curve that comes with transitioning from school to the workplace, there is another layer of complexity of working with people from another culture in a completely new environment. 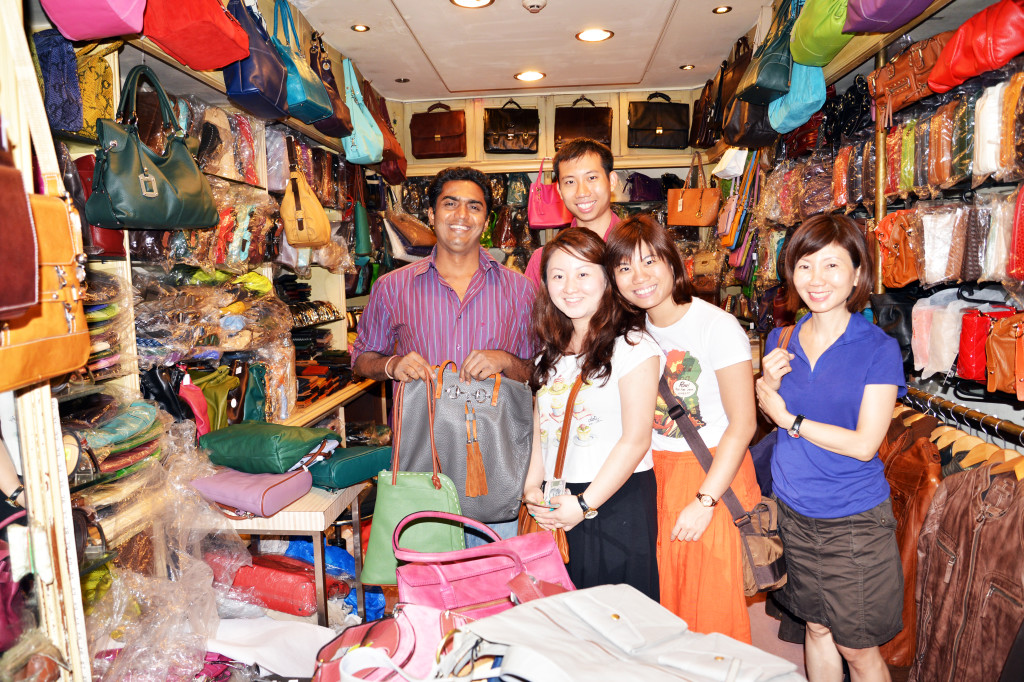 Also, Indians are very flexible when it comes to deadlines, which is good and bad. On the one hand when you need more time you can be assured that 5pm doesn’t really mean 5pm. On the other, when you’re waiting on some input from your colleagues you can’t always expect things to come in on time – it cuts both ways.

I’ve also learned about the importance of give and take. As much as the Indian style of working is foreign to me and as much as I sometimes wish the place would function in a more “Singaporean style”, there’s something valuable to be learned from observing other working cultures and seeing how I can adapt myself to work within that system

Would you recommend fellow young graduates to venture out and work in India?

That’s a very tough question. I think that if you’re looking for an adventure, if you know it’s only for a short while and if your family is supportive, then you should definitely give it a try. If any of these 3 elements are missing, it’s going to be very difficult.

I remember how hard it was convincing my parents to let me take up this opportunity. At first, they couldn’t understand it at all why I would give up job opportunities back home to take up this posting. I reasoned that this was a once in a lifetime opportunity.

I still don’t think I’ve convinced them 100% about this opportunity and they keep asking me to come home, but I’ve seen a very visible change in their attitude towards India too.

If you’re young and don’t have a family of your own to take care of yet then I think this would be a great opportunity. Think of how unique your experiences in India would shape you for future interviews, MBA applications or networking nights. How many fresh graduates get the opportunity to do an overseas posting fresh out of college?

How can individuals who are interested in a career opportunity with The Parthenon Group approach the company?

We recruit from all 3 universities in Singapore and are always on the lookout for adventurous souls who want to see the world, work alongside brilliant people and gain a set of valuable skills.

Between you, me and whoever reads this article, one of the reasons why Singaporean employees are so valued by the Mumbai office is because our passports are extremely valuable. We don’t need visas for a lot of places and this makes it very easy to put us on travel cases to geographies like China and the UAE.

Anyone interested in a career opportunity with Parthenon Group in Mumbai can email their CV/cover letter to mumbairecruitment@parthenon.com