What comes to mind when one mentions: Samba, Fifa World Cup and Neymar?
If Brazil instantly rolled off your tongue, then you’ve hit the jackpot!

We managed to catch up with Nithiya Laila, who was previously featured in our Brunch Bandits post and recently travelled to Brazil.  An intrepid traveller at heart, Nithiya has travelled to many different countries and decided on sharing her exciting 2 week stay in Brazil with us. Our writer, Fira Natasha delves deeper into Nithiya’s adventure. 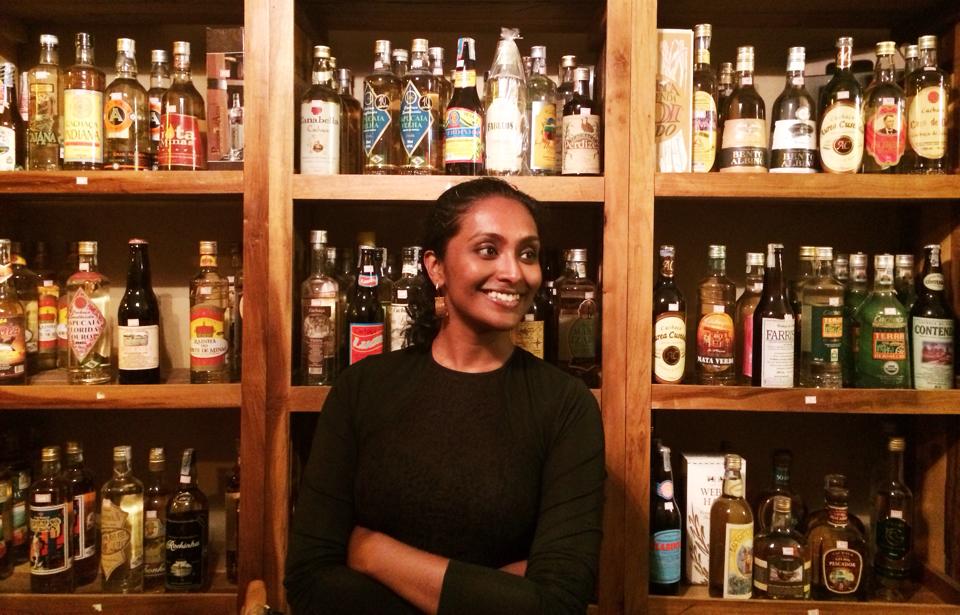 Meet Nithiya Laila, an anthropologist with a deep love for travelling. She notes down her inspirations from around the world and shares what she saw with others through food via a roving dining club called Sweetearth.

The Real Brazil – Is Brazil unsafe?
To start off, we were intrigued to know why Nithiya proceeded with her travel to Brazil despite the stigma of it being a dangerous country. She claimed that she has never at any point felt threatened while she was there. She felt that one should take note of the general precautions applicable to any big cities in terms of walking in groups and to not bring too much cash in hand.

She continued to share how much fun she had in Rio De Janeiro, Sao Paolo and Ila Bella. She visited Brazil with her friends to attend TED Talks in Rio De Janeiro and explored Brazil at leisure. Exploring Brazil, she felt that the hospitable locals and mouth-watering Brazilian food were striking aspects she would remember Brazil for.

Spoilt for food & hospitality
She recalled how she woke up to exotic fresh juices in the morning with her Acai granola bowl and ate Pao De Quejio (cheese puffs) snacks while she strolled around. She added that Rio and Sao Paolo were great spots for sightseeing on foot – which helps one to get hungry for the next meal! One of the cuisines she tried was Bahian food. Bahia is located in the North-eastern part of Brazil and authentic Bahian food is usually characterized with the use of coconut milk, Dende oil from African palms and Okra (Ladies Fingers). She elaborated on how Bahian food was her favourite as she loved the complex yet flavourful stews and street snacks. 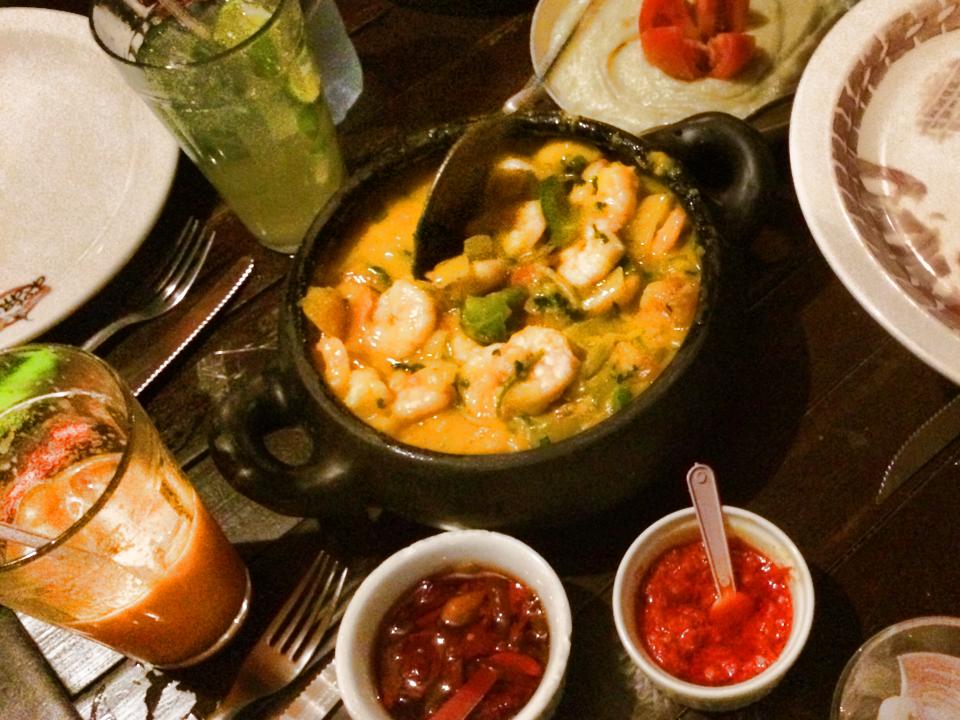 Bring on the Bahian food: This dish in the center is called Vatapa. It is a shrimp puree made with palm oil and nuts. Photo credit: Nithiya Laila 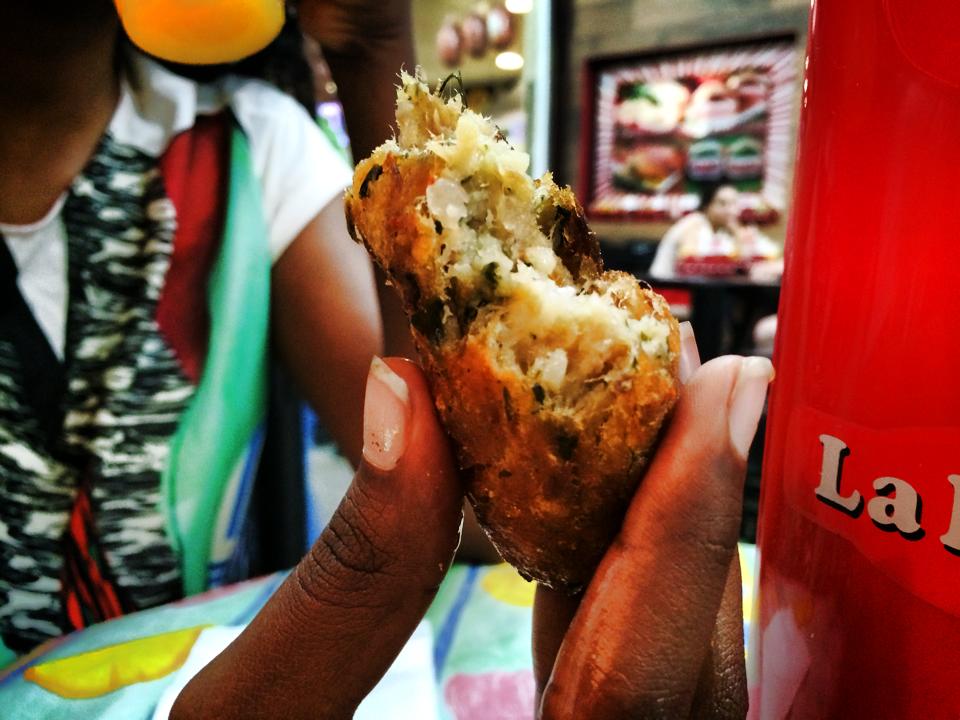 Street food goodness: Bacalo de Bolinhos is actually a salted codfish ball.  It is also made up of other ingredients such as potatoes, eggs and parsley. Photo credit: Nithiya Laila

As for the locals there, Nithiya felt that most were incredibly social and seemed to love bonding over food. She mentioned how they were very particular about the food quality and freshness from the simplest street food to those in restaurant dining. Conversing with locals in Portuguese brought her back to the lovely conversations she had with the warm and engaging Brazilians.

“I was inspired by how an intangible rhythm ran through the country. People were passionate and enjoyed the good life. It was about human connections, food and drinks that bring you together…” 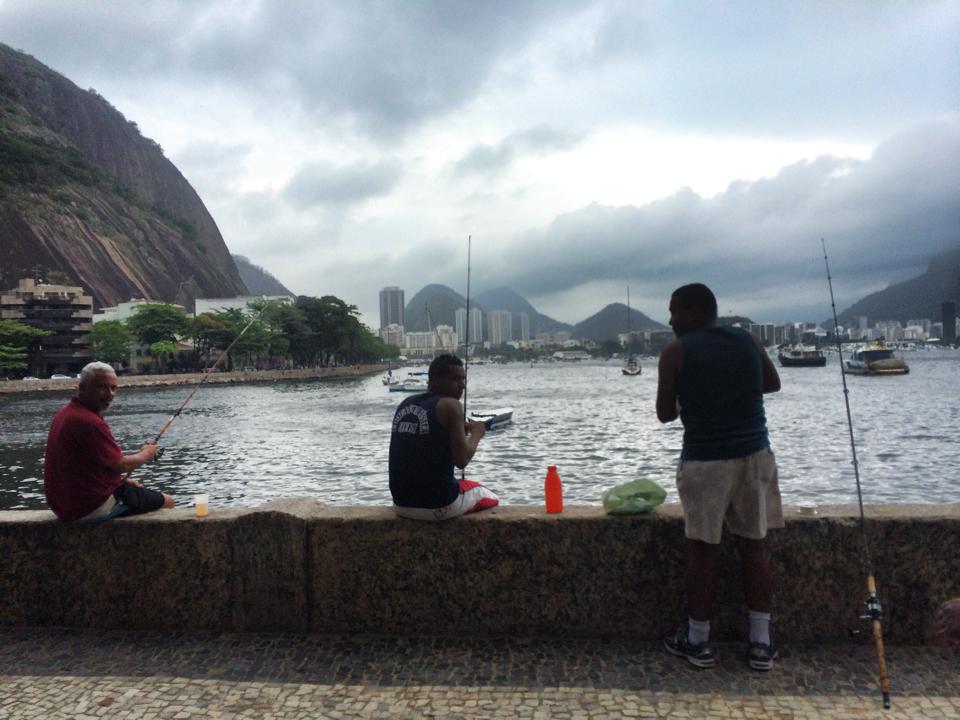 She visited the beaches of Rio and had a lot of Cachaca (a popular distilled spirit made from sugar cane juice in Brazil) and Caipirinhas (alcoholic beverage containing Cachaca, sugar and lime).

She added how the Samba bars there were an amazing sight for its local musicians playing while people swayed to the music.

“Dance, music, food and friends make up the perfect day in Brazil.” 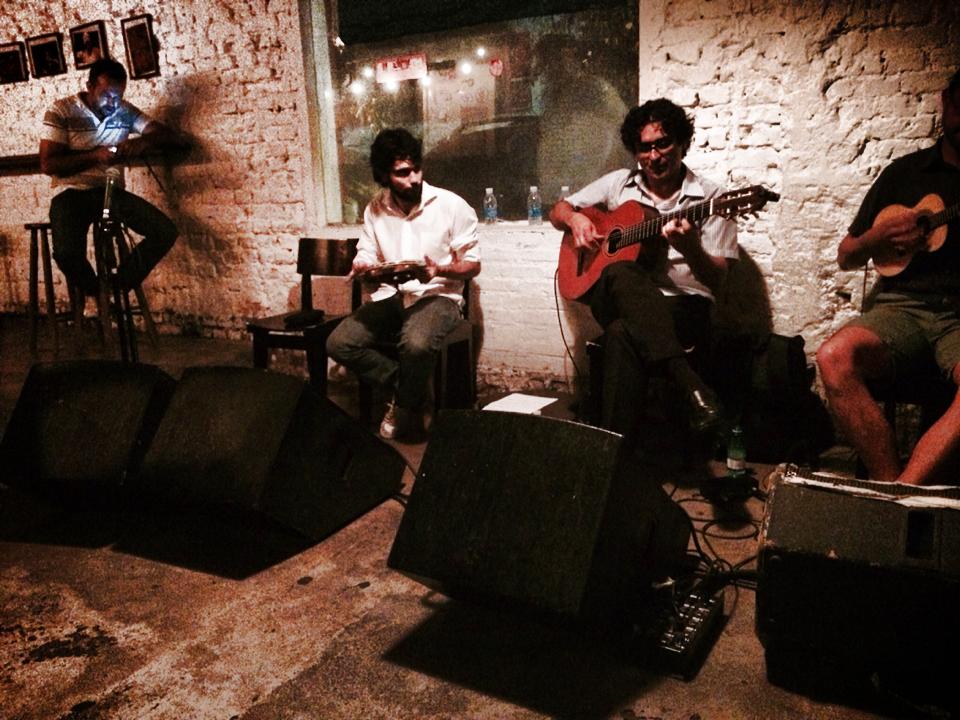 Music for the soul: Music shared with attendees in a samba bar in Villa Magdalena. Photo credit: Nithiya Laila 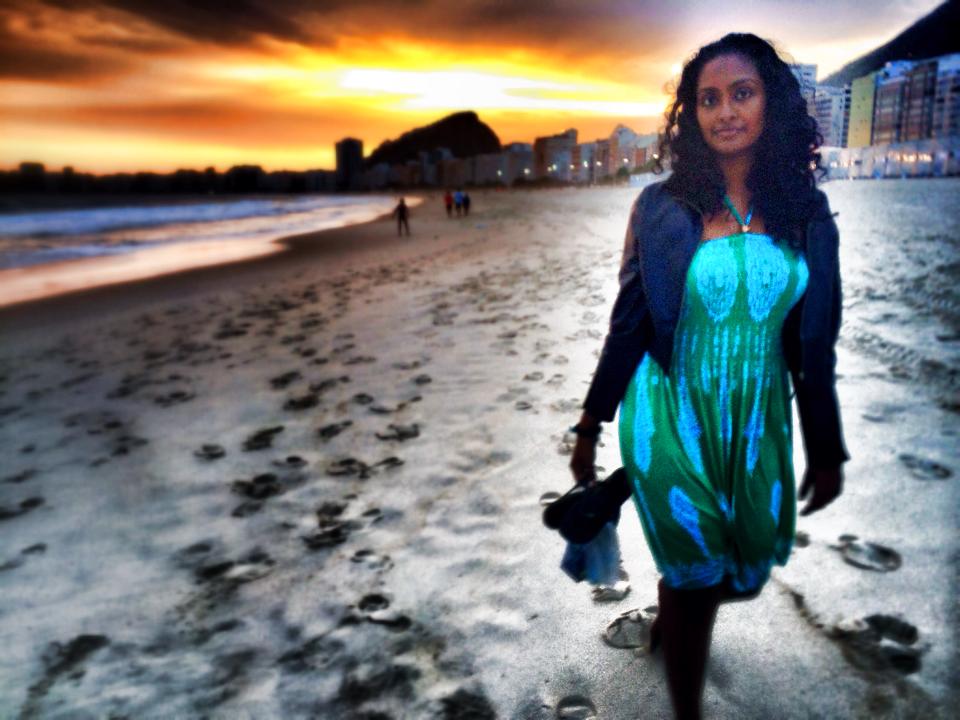 Beauty by the bay: Nithiya’s breathaking view of the sunset from the pool at Ihla Bella Photo credit: Nithiya Laila

Apart from all the talk about Brazil’s Attractions we also asked Nithiya about ways of getting around the city. She mentioned how transportation is not a hassle in Brazil. She pointed out how taxis were widely available, safe and metered in Rio and Sao Paolo. The metro in Sao Paolo also gets one to most places in a very efficient manner, she added. She took a coach from Rio to Sao Paolo, an overnight sleeper on Cometa or ITAPEMIRIM. She felt that the coach is an easy way to get through six hours.

All in all, Nithiya expressed how much she enjoyed her trip and how she felt inspired by the sights and sounds of Brazil. When asked to summarize her Brazil trip in one word, she said, “Cachaca!”

Tempted to witness the beauty of Brazil just like Nithiya? You could be on your way to your adventure!