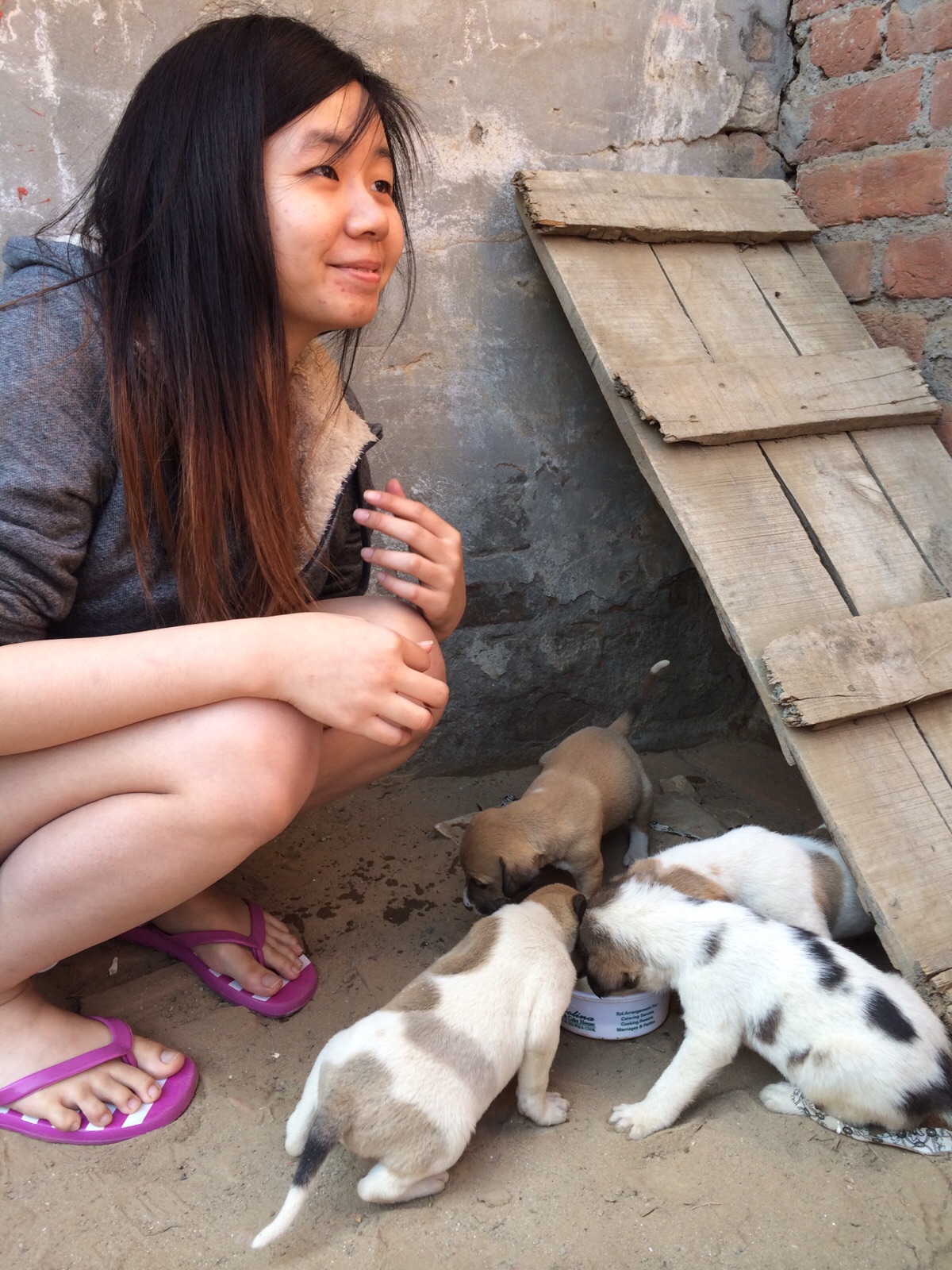 It was the winter of 2014 when Alicia Lee travelled alone to visit her ex-boyfriend, Abhishek, in Punjab, North India. She was 20 then, barely an adult, in a country she had never been to and with no more than 500 dollars in her pocket.

“Indians are colourful people,” she said. “In Singapore, everyone is the same, keeping out of each other’s affairs. In India, the people are more transparent.” In the span of a week, she found herself in hot water, but was helped out by the community in ways she could not have ever imagined.

Spellbound by her first experience there, Alicia has since travelled to Punjab three times in the same year, staying there from a week to a month.

One is bound to face problems when they step into a new country for the first time. For Alicia’s case, one of her biggest challenges was at the end of her first trip—her flight home. She was on the brink of desperation. Not only was she late for her flight, she was flat broke.

To make matters worse, she could not find her immigration counter for Jet Asia. Alicia asked one of the airport employees for directions. He pointed to the immigration room that Alicia had already searched in. After she replied heatedly that her counter was not there, he fled the scene.

“I wanted to scream,” Alicia recalled vehemently. “I was late for my flight. I was alone. I didn’t have money, and a person who’s supposed to help me ran away!”

Left with little choice, she approached a stranger queueing at his counter for help. The stranger did not know where the Jet Asia counter was at, but he asked the lady next to him, who asked the man to her right. The question passed on until there was a murmured discussion in the hall.

Finally, someone at the very far end of the room shouted for her.

The Jet Airways counter had already closed, but the crowd insisted that the immigration officer leave it open for her. It was with this act of kindness that Alicia was able to hurry through the immigration and board her plane.

Her first trip was just the warm up. The second, however, was when Alicia could truly enjoy India for what it was. Instead of going through the painful immigration experience again, she opted for a road trip from Delhi Airport to Punjab.

Her driver was unsure how to get to his destination, but instead of pulling over and looking at a map, he simply lowered the windshield, and much to Alicia’s astonishment, the car beside them did the same.

“The driver next to us gave us directions to get out of Delhi,” she explained. “He even drove with us for a while to show us the way.”

This was apparently very common in India. Even passers-by will offer their help should you require it.

“I was having a serious culture shock!” Alicia said. “In Singapore, drivers behind would horn at you before you can ask anything.”

Alicia’s third visit was a month long trip, which she spent in a semi-D apartment shared with other tenants. She befriended her neighbours – a group of children who migrated to Punjab from Uttar Pradesh.

Amusement glinted in Alicia’s eyes as she recounted their meeting. “The kids had puppies. I wanted to see them, so I went in, and we played. They were very nice.” 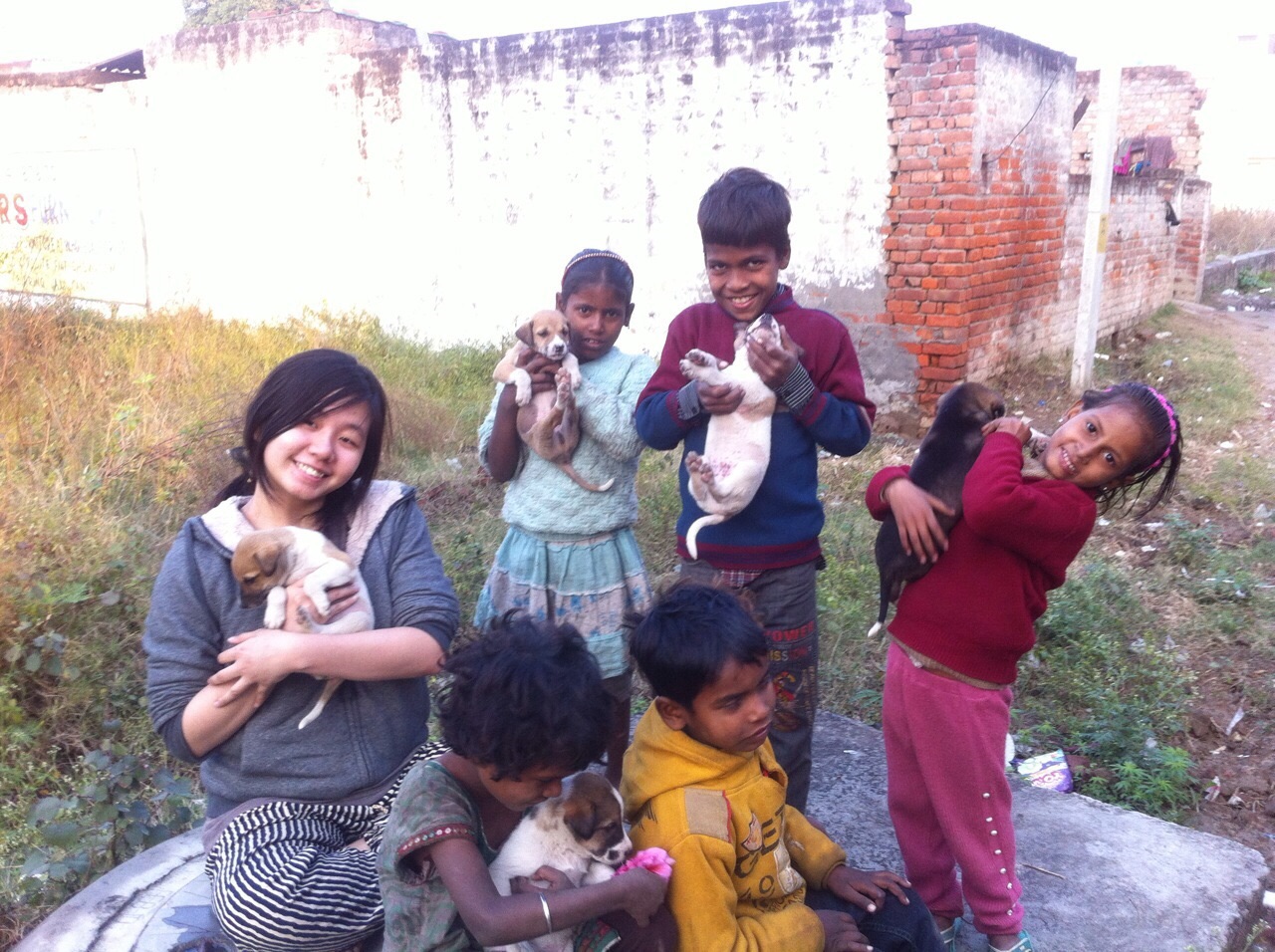 Alicia bonded with a few children from Uttar Pradesh over their love for puppies.
Photo credit: Alicia Lee.

For the remaining month of her stay, she was frequently invited to their house, and would sit around a campfire with them during the cold winter. In thanks, Alicia would give some of her clothes to the children.

After Alicia returned to Singapore, one of the children fell critically ill. He was brought to seven hospitals, only to be told the same thing by the doctors.

“He has a block in his urinal tract. It can be fatal. We have to operate immediately..”

The fee was 80,000 rupees, about 1600 SGD—a sum that not everyone could afford in Punjab, especially the mother of the sick child. Even the baby’s father had given up, musing it was better to let the child die and give birth to a new baby.

Hearing this, Alicia immediately made use of her abundant social contacts. She utilized social media, requesting her friends to donate money to pay for the child’s surgery. The sum she collected amounted to 500 SGD—not enough to pay for the surgery, but sufficient for another alternative.

The child was sent to Uttar Pradesh on an express train with the money, where the doctors are willing to perform the surgery for free. Alicia was told by Abhishek that the child’s grandfather was moved to tears, saying that “even the child’s father has neglected him, but a foreigner is willing to send us money even without knowing us for a long time.” This left a strong impression on Alicia, who felt ‘very touched by what the baby’s grandfather said.’

What began as a simple reunion with her significant other blossomed into a love for the Punjab community. After encountering compassionate people willing to offer help in her time of need, returning the favor came as second nature to her. She had not expected to be shown such sincere gratitude, and was taught from this experience that helping others really does pay off.