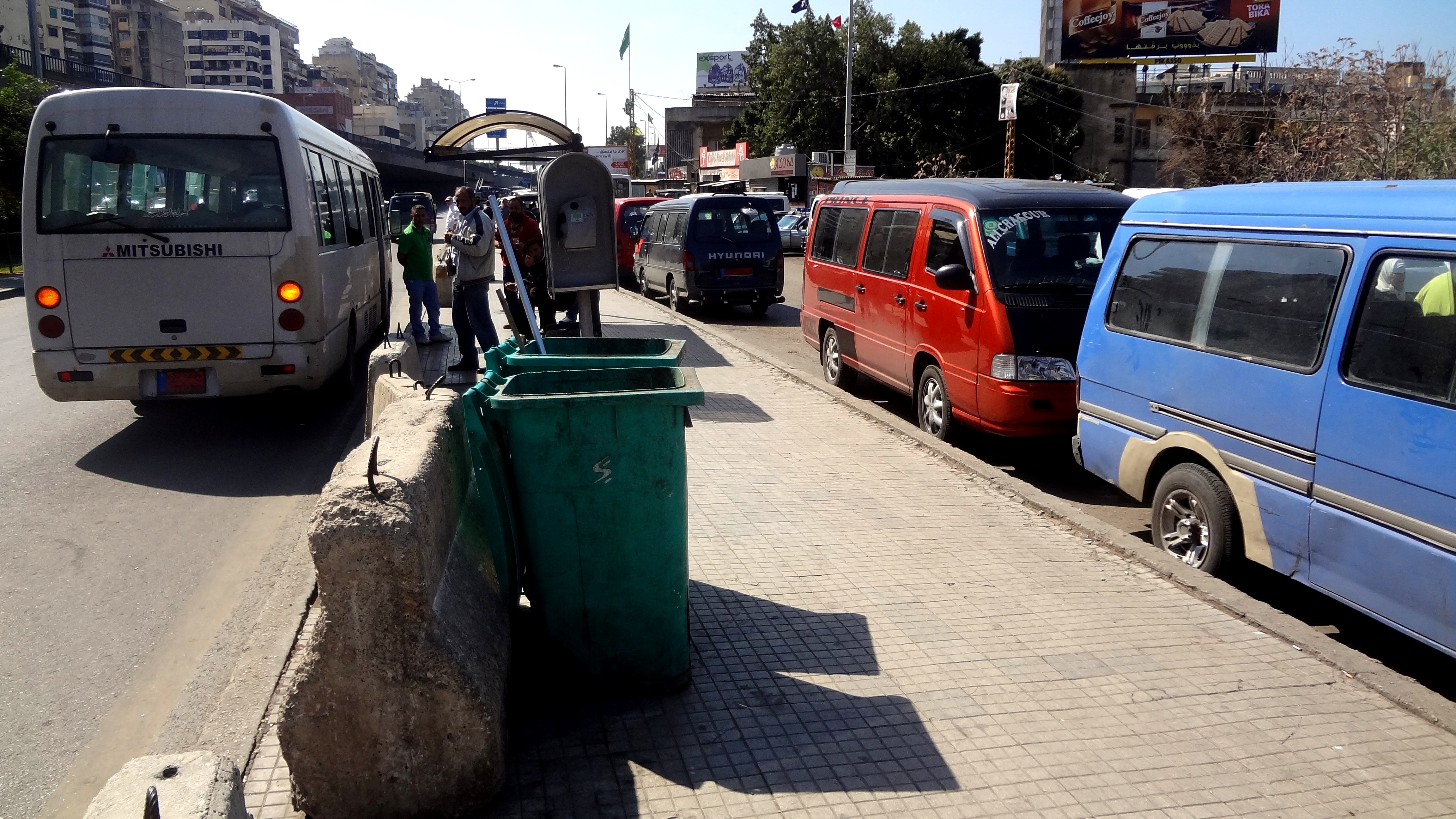 This is the first of a two-part story submitted by Keval Singh. Here we find him in the middle of a mini-adventure, trying to get from Beirut to Beiteddine Palace in Lebanon.

“Ya Allah!” he shouted as his eyeballs returned from the rear-view mirror to their sockets. My gut feeling was right. I may very well have missed my stop. Speaking slowly, I tried to ask the woman in front of me if the bus does indeed go to Beiteddine Palace, as I was told.

“Yes,” she seemed to say in Arabic. A couple more unintelligible words sprang forth from her mouth, but it was her hand gestures that spoke best.

She must have thought, “Why isn’t the dimwit speaking Arabic?”

Avoiding the Tourists, Charting My Path

The Beiteddine Palace is a 19th century construction which sits on the edge of a hill. The outer courtyard is flanked by three walls, and the fourth side opens up to glorious views of the valleys and hills. You cross the vast courtyard to the opposite side of the main gate and find, on your left, the royal stables, now home to Byzantine mosaics from the 5th and 6th century AD.

Some of them are quite remarkable, considering the effort that has been put into preserving them. The inner courtyard, with its fountain, is on the first floor and gives you access to handsomely furnished rooms previously used by the President.

With details like these in my guide book, I had decided to give Beiteddine Palace a visit.

Organised tours bring tourists here, but I had decided to venture out on my own with the Lebanese transport system. My confidence was boosted by the lines I scanned in the book: “..bus to Beiteddine..” “..Beirut to Beiteddine..” “..Cola transport hub..” I decided it was not going to be difficult.

Yet I failed to recognise the signs.

Cola itself wasn’t what I had imagined a transport hub to look like. It was a collection of minibuses and taxis basking in the spring sun at what would, at best, be described as a large carpark. The signs on the window were all in Arabic, so I enlisted the help of a young girl (an undergraduate studying hospitality management) who eventually hooked me up with the bus I’d need.

I was reminded of a similar situation in Kiev when I visited in 2012. There too I was trying to get to a site which is a little outside of the city centre. There too a woman helped me, albeit with rudimentary English.

As we headed south of Beirut and negotiated its temperamental traffic, I was seduced into a short nap, waking up just around the time the bus started its gentle climb up Mount Lebanon. The guide book said the journey would take about two hours, and by this time we had covered 45 minutes.

This is also why I sat in the back of the bus observing the towns that passed every now and then, including a little shop selling goods from the Philippines. By the time the driver exclaimed in horror, we had crossed the 75th-80th minute.

When I Got There…

As it turned out, this was a loop service, and soon I was reintroduced to the towns we passed, and the roundabout at a three-way junction where I was supposed to have alighted. The bus pulled away lazily towards Beirut and I stood in the mild heat, looking at the road I had to take. How far is the palace from here, I asked myself.

‘Habibi!’ I turned around.

Serendipity. The broad smile on his face showed he had already identified the scent of confusion I was emitting. He drove an older model of a Mercedes Benz, one you would rarely see now on the roads in Singapore. I would have hopped into his taxi even if he were to take me across the border to Syria (OK maybe not).

The road descended down the side of another hill, passing another palace along the way which offers its rooms to the well-heeled. In about ten minutes,I got out of his cab and paid the fare.It was a short walk down a smaller road to the entrance to the palace.

This had better be good, I thought to myself. But as I pulled out the cost of the admission ticket, another question planted itself in my head: how was I supposed to get out of here?