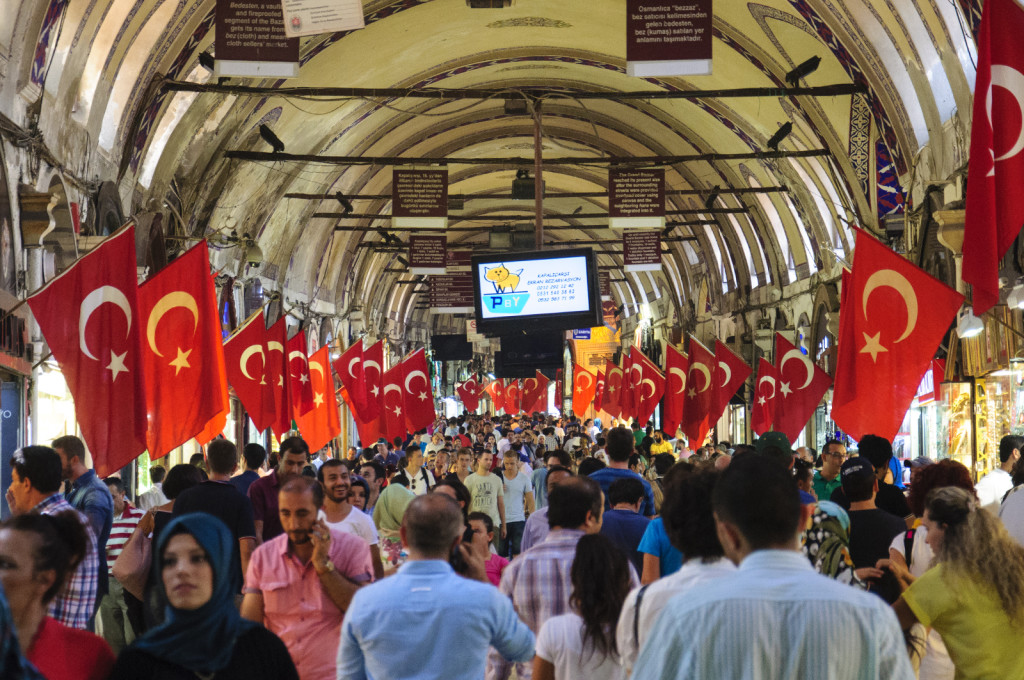 Having just completed my Turkish final exam at my university, I have officially completed a year’s worth of Turkish lessons—one semester while studying abroad in the lovely Turkish town of Alanya, and another at my home university in Washington, DC. Although I still need English subtitles while watching my Turkish TV shows, I believe I am now qualified to present to you the 8 reasons why you should consider learning Turkish!

1) Turkish is your ticket to get around an absolutely stunning country. 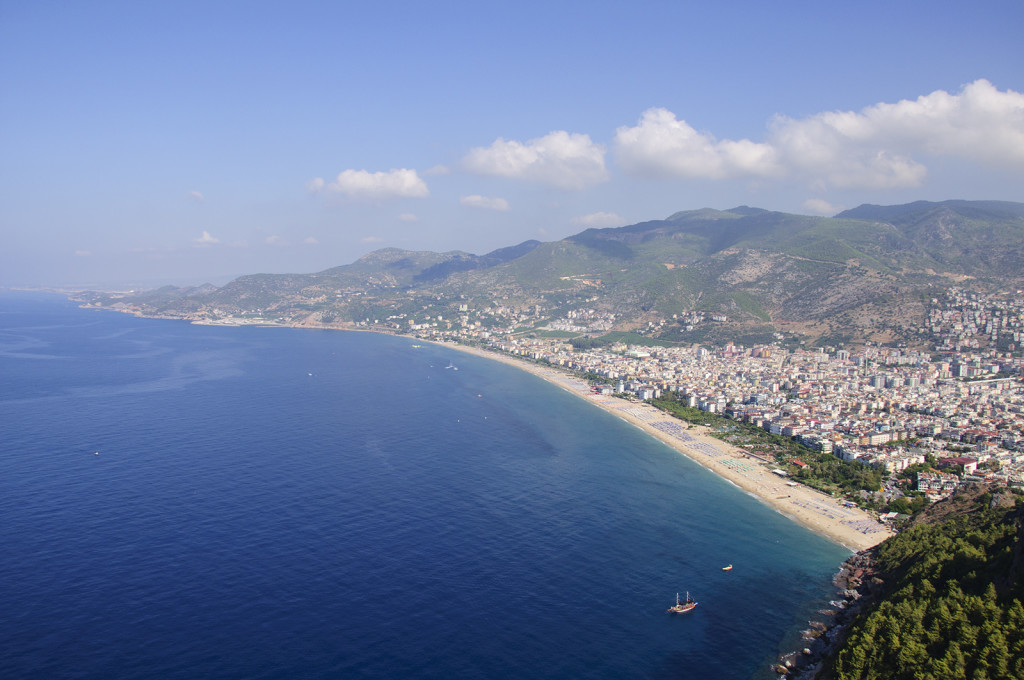 The Turquoise waters of the Mediterranean, Alanya 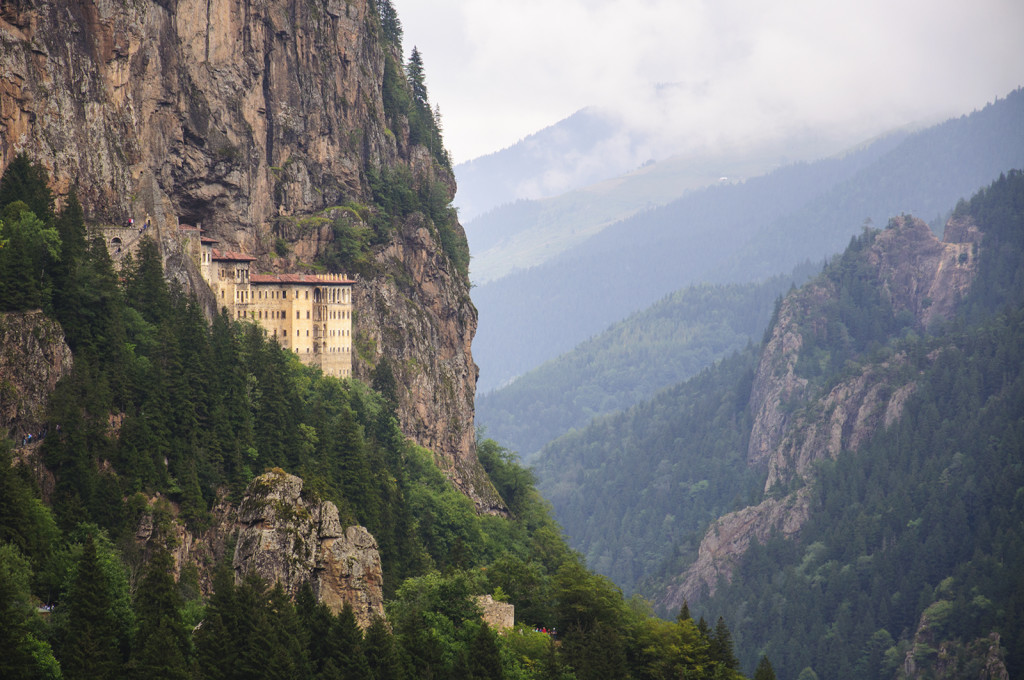 Outside of Istanbul and the tourist circuit along the Mediterranean coast and Cappadocia, however, English is rarely spoken. That said, this shouldn’t deter you from visiting the relatively untouched eastern regions of Turkey, whether it is the luxuriant and misty hills of the
Black Sea region or the many exquisite historical sites that dot southeastern Anatolia. 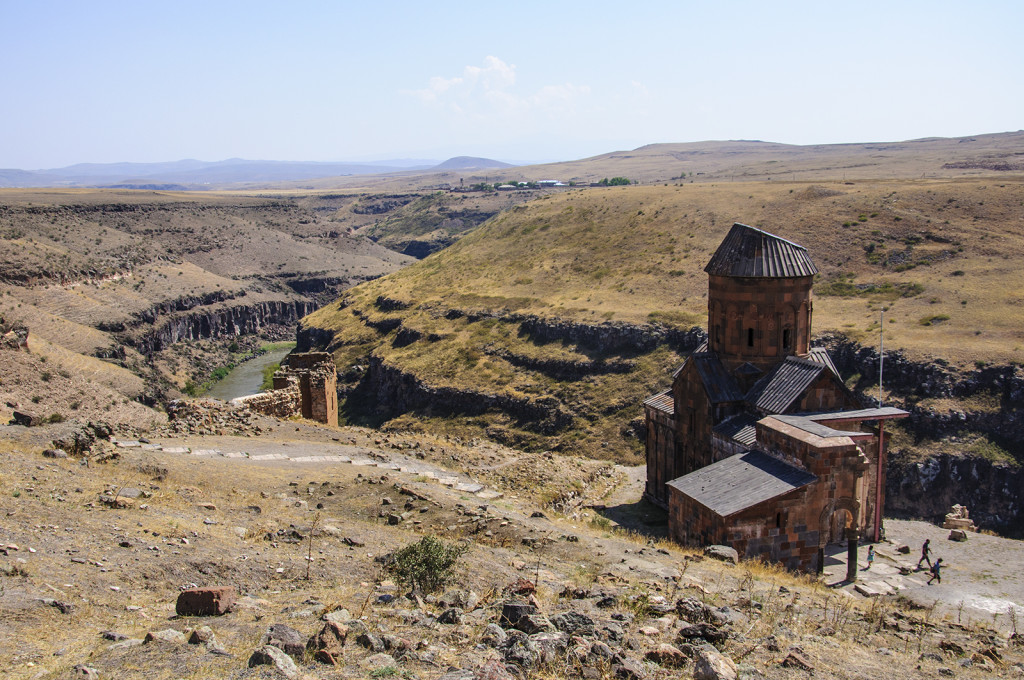 The ruins of Ani with Armenia behind the river, Kars

I made it all the way east myself and saw Armenia and Iran with my own eyes, doing so without knowing more than fifty Turkish words at that point in time. Thus, you certainly don’t have to become fluent in the language to travel around Turkey.

Just learn a few words, download the offline Turkish language pack onto your Google Translate app, and soon you’ll be chomping into a delicious Turkish breakfast at the famous “Breakfast Street” in the southeastern city of Van—without even thinking how you got there in the first place!

I can never forget the shocked look on the face of the simitci (si-mit-ji)—someone who sells simit, a type of Turkish bread that resembles a bagel—in Istanbul when I ordered something from him in Turkish.

Indeed, many Turks will not expect tourists to speak any Turkish. So use this to your advantage and make someone’s day when you travel to Turkey. It is really not too difficult to get the pleasantries down. For a start, hello in Turkish is simply merhaba (mer-ha-ba). 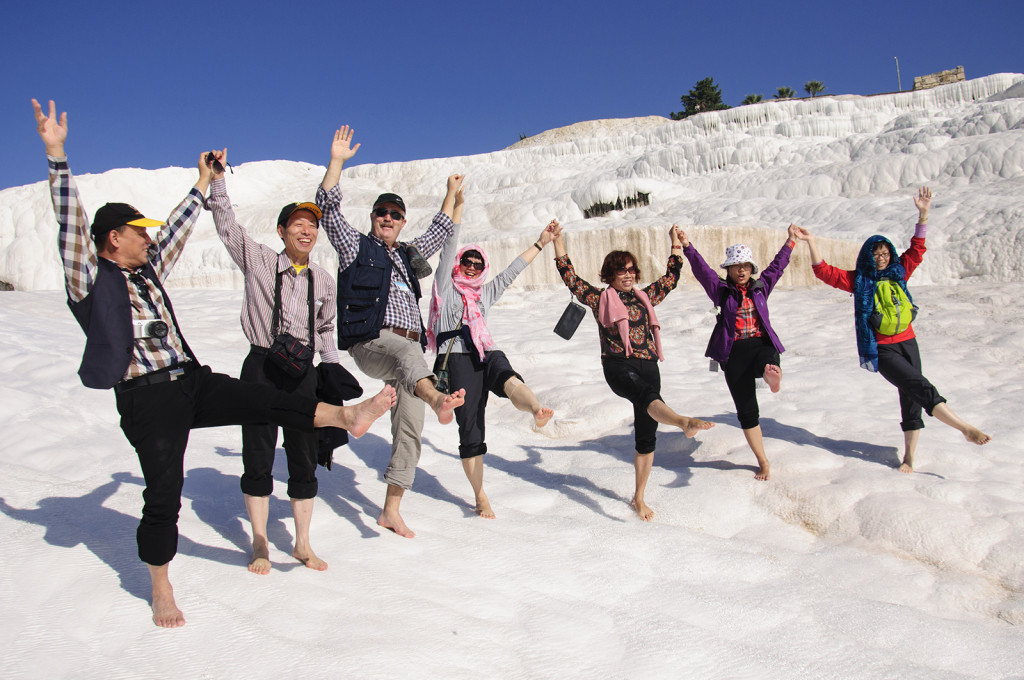 My Turkish tour guide had fun with some Chinese tourists, Pamukkale

3) Earn a niche for yourself with an increasingly strategic language.

For the more serious-minded folks out there, Turkish is also an increasingly strategic language in the field of business and politics in the Middle East and Eurasian region. As Turkish businesses expand in those regions and Turkey grows as a regional economic power, a command of Turkish will definitely be a useful asset for any aspiring entrepreneur to reap business opportunities there.

Moreover, you’ll stand out from the crowd too with your knowledge of Turkish, since not many foreigners or yabancılar (ya-ban-jerh-lar) can claim that they speak Turkish, especially those who are Singaporeans. 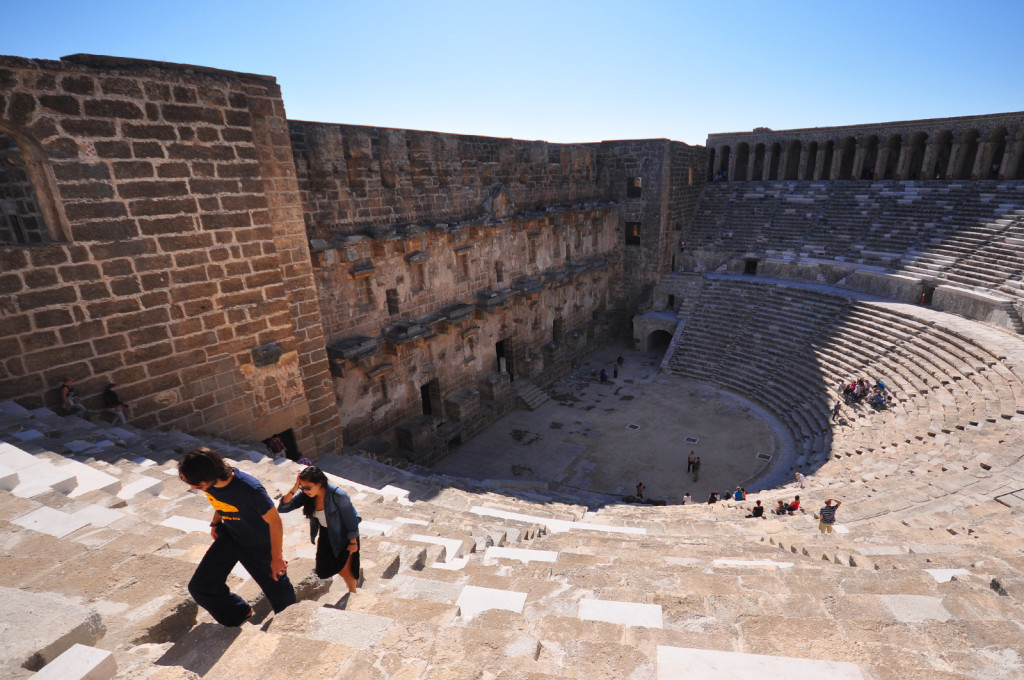 4) Enjoy the comforts of the Latin alphabet.

With Turkish, you can also learn a language from an entirely different language family from any of the four official languages in Singapore and yet still avoid having to deal with a new alphabet.

For this, you have Mustafa Kemal Atatürk, the founder of the Republic of Turkey, to thank. In 1928, he decreed that the Arabo-Persian alphabet used in Ottoman Turkish should be replaced by the Latin alphabet. At the same time, under the language reform that he initiated, most Arabic and Persian words were replaced by those with Turkic origins, thus causing the demise of Ottoman Turkish and giving rise to the Turkish that is spoken today in Turkey. 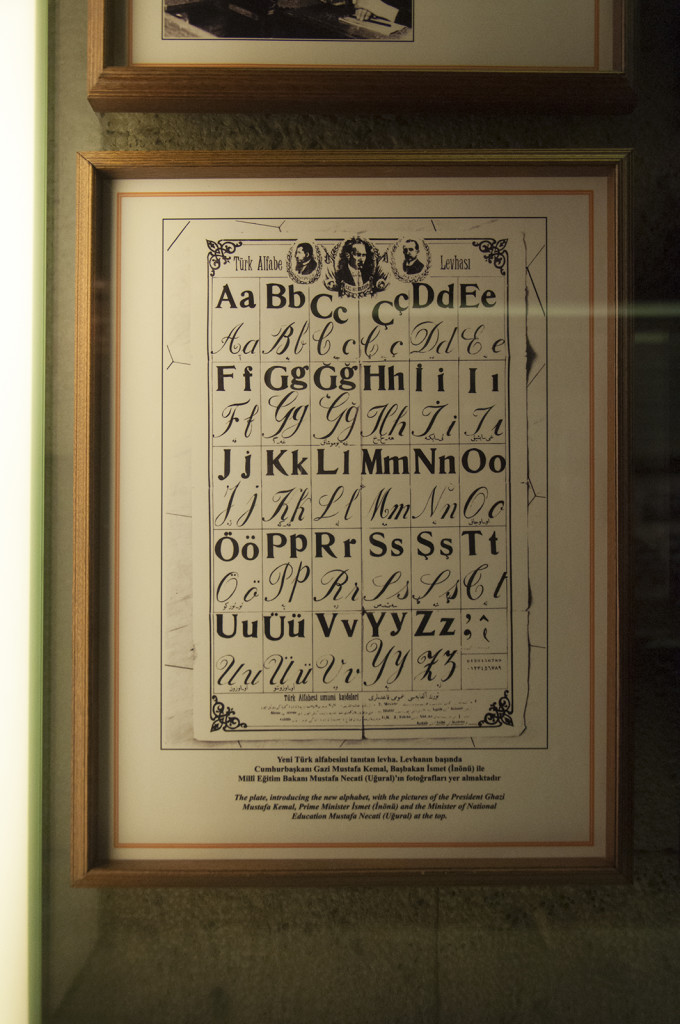 My host in Alanya told me that Turkish is a very systematic language. Constructing a sentence in Turkish is like lining a series of blocks together, just like playing with Lego. This is exactly what linguists refer to when they use a fancy word, “agglutinative”, to describe the Turkish language.

Consider the verb yapmak (yap-mak), which means “to do”. The agglutination occurs when I add to a series of suffixes to the verb stem yap in order make the verb meaningful. For instance, the word yaptırabilecek (yap-terh-a-bil-e-jek) is formed from the following construction: yap- + tır + abil + ecek.

Starting from the back, the ecek suffix conveys the third-person future tense, i.e. he/she/it will do. When I add the abil suffix, which functions as the equivalent of “to be able to”, the verb takes on the meaning of “to able to do”. Finally, the tır suffix modifies the verb in a way that changes the verb “to do” to “to cause someone to do”. Hence, by combining all these suffixes together, yaptırabilecek takes on the meaning of “he/she/it will be able to cause someone to do [something]”. 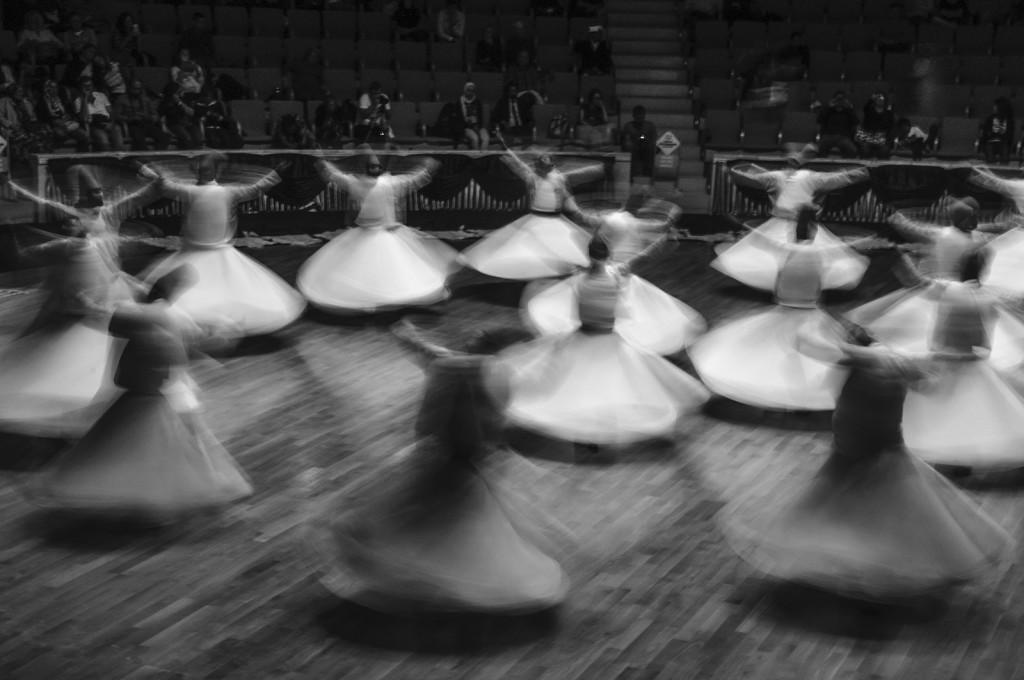 In case you don’t find this mind-boggling enough, check out this word, muvaffakiyetsizleştiricileştiriveremeyebileceklerimizdenmişsinizcesine, which is commonly attributed to be the longest word in Turkish. If you are curious, this 70-letter word means “as though you are from those whom we may not be able to easily make into a maker of unsuccessful ones.” Now that’s a mouthful!

6) Turkish has a huge number of loan words from other languages. 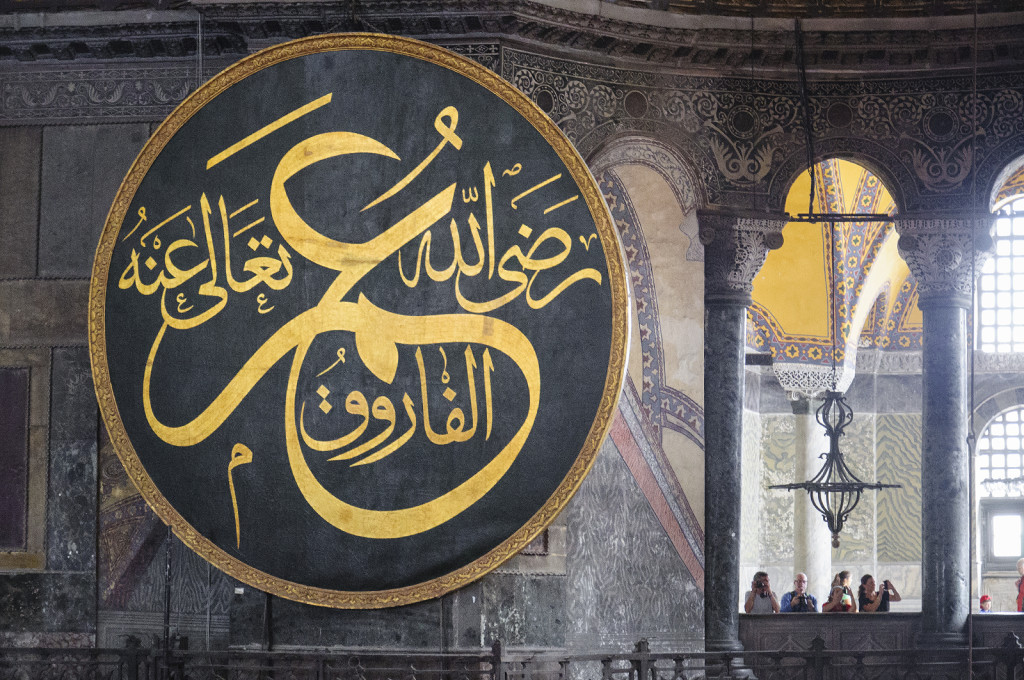 If you know other languages like Arabic, Farsi, or French, you are in luck! Turkish has a large number of loan words from these languages. For instance, if you need a haircut in Turkey, just head over to a kuaför (kua-fuhr). Similarly, the French word for a hairdresser is coiffeur, with almost the same pronunciation. To see more of such loan words from French, there is a nice list of them on Wikipedia.

7) You don’t have to pull out your hair over memorising exceptions to grammatical rules. 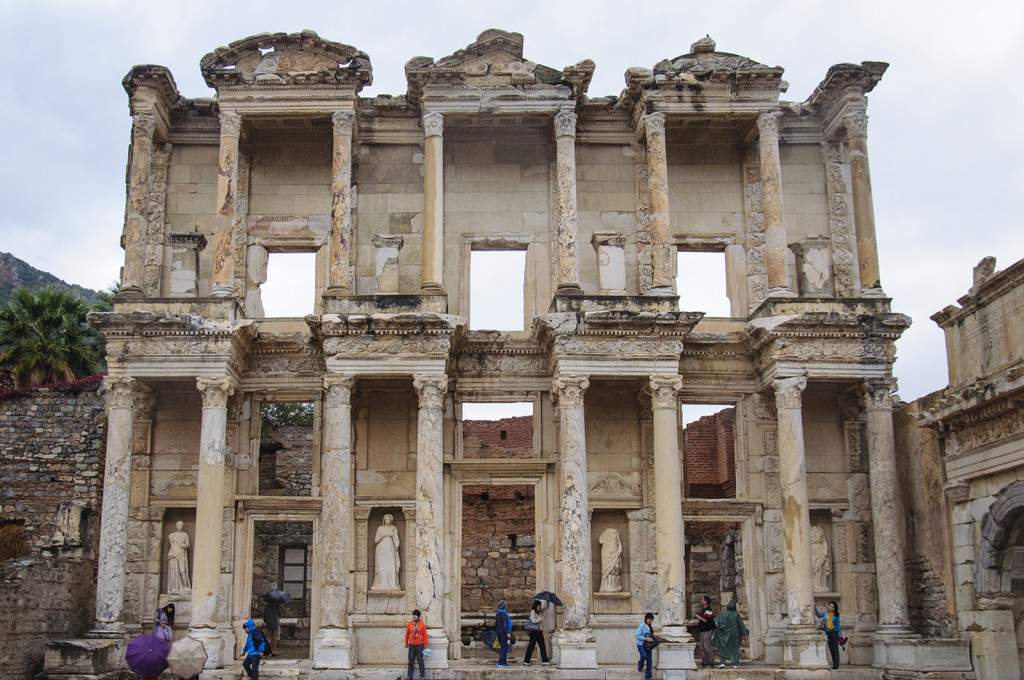 Unlike a number of other languages, Turkish—at least at my current level—is pretty consistent in terms of how its words are formed. Once you learn about the rules governing a certain suffix, you can be pretty certain that it will be consistently applied across virtually all words.

On the other hand, while I was learning Spanish, I often had to fret about memorizing all the various exceptions to the rules on how to conjugate verbs. It was such a relief when I found out that such exceptions are literally the exception rather than the norm in Turkish.

8) Show your appreciation for the generous hospitality you will receive in Turkey. 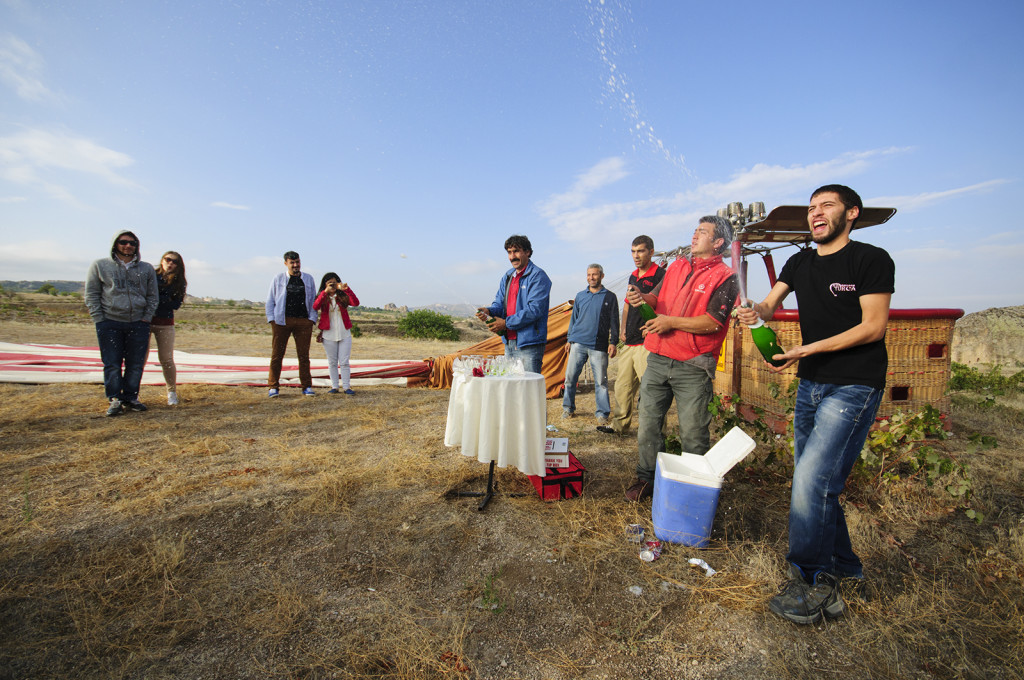 Finally, and most importantly, I think that learning Turkish—even just a few words or phrases—is the least one can do in response to the generous hospitality that you will definitely receive while in Turkey.

The Turks I have met during my stay in Turkey were some of the nicest and most hospitable people around. Despite the language barrier, many were very eager to welcome me to their country and to help out this blur sotong of a traveller. For that, I can only say: çok teşekkür ederim (chok te-shek-keur e-de-rim)—thank you very much!

P.S. For those of you who want a free and fun way to get started on Turkish, I highly recommend using Duolingo, which is completely free and ad-free. Turkish is currently available only on the browser version of the app, but it should be released on the smartphone version once it has completed beta testing. Go try it!